Posted by Sama in Funny On 24th March 2021
ADVERTISEMENT

Natalie Harvey decided to motivate the crew outside her home in a creative way and threw a little one-year anniversary party for them in hopes that they realize their laziness and speed up the work. Harvey shared the pictures on social media and now the hilarious party idea has gone viral on the internet for all the right reasons. 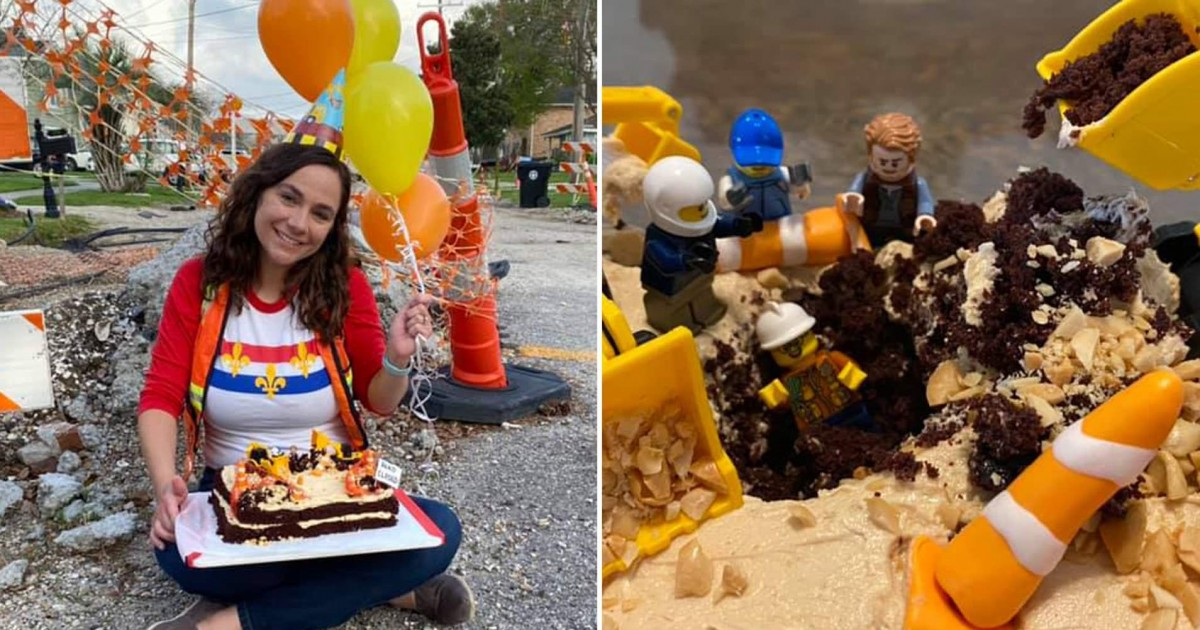 Done with waiting, this New Orleans woman has come up with a creative idea to motivate the road-making crew outside her home to finish the job as soon as possible.

Natalie Harvey has been dealing with roadwork outside her house for more than a year now. But the girl decided that enough is enough and came up with a unique idea to attract the attention of the crew in an attempt to remind them that people are actually desperately waiting for them to get done with their work. 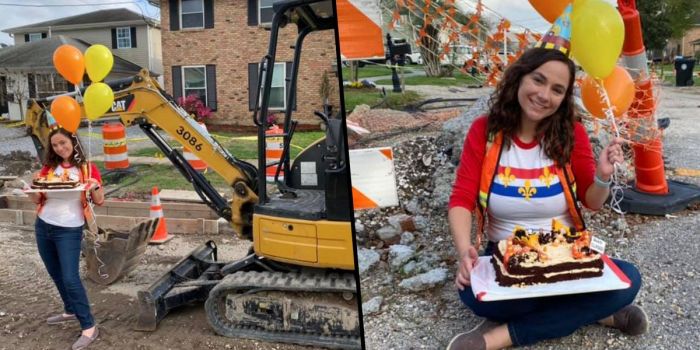 Her creative idea? She decided to celebrate one year anniversary of roadwork and also arranged a little party with an absolutely adorable customized cake that perfectly suited the theme.

Taking to social media, Harvey shared the snaps and wrote: "Happy first birthday to our street construction! It was one year ago this week when they first began to rip up our street." 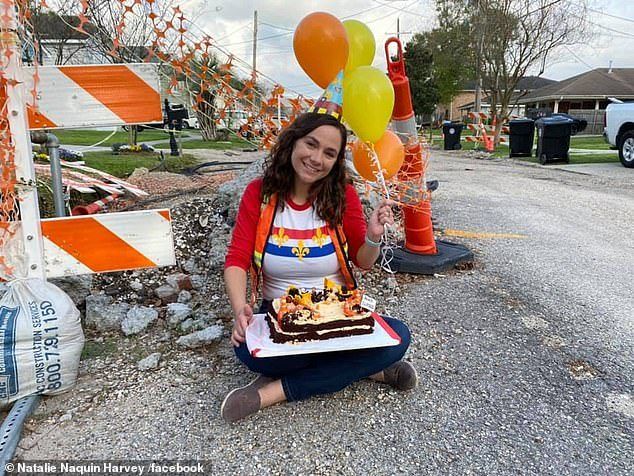 "One year later, half the street is impassable — just last week, we had a massive, 6-foot-deep hole! To celebrate, I created a replica of the street scene in cake form: two layers of chocolate sponge with peanut butter frosting."

"Our driveways on my side were blocked for about 3 months this summer." 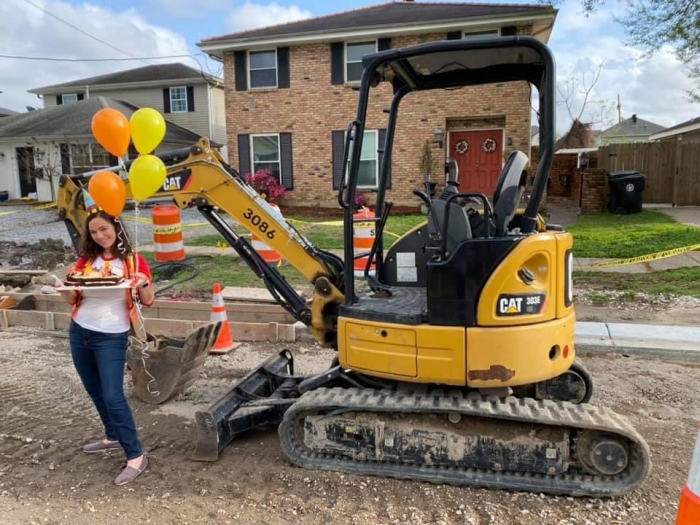 "Now the other side is blocked, so nearly every house on the opposite side of the street from mine, has their driveways blocked."

"As an example, they'll work every day for a week, then there will be 2-3 weeks with nothing." 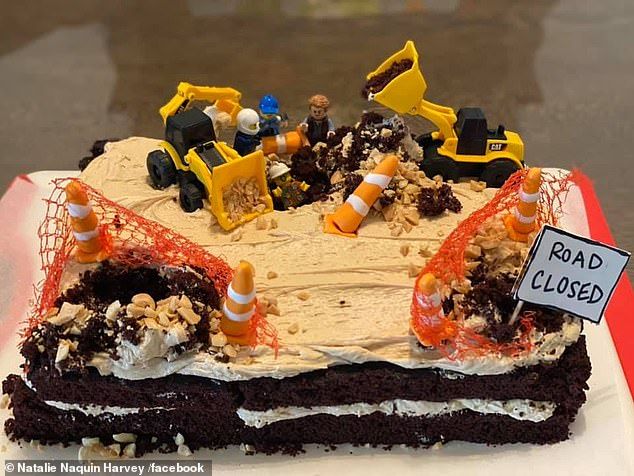 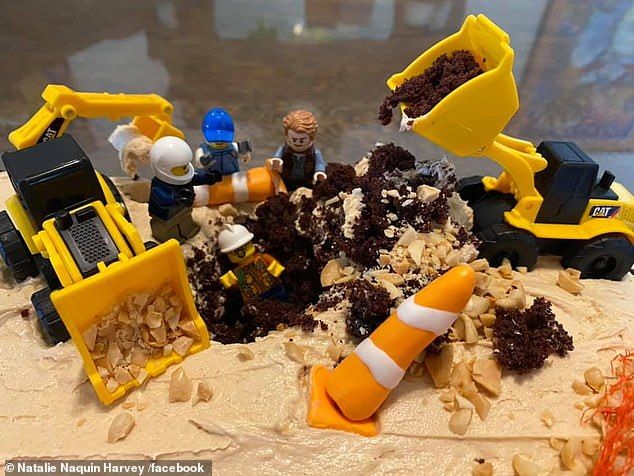 The time is yet to tell if Harvey's celebration party would yield results and it will speed up the roadwork but the internet surely enjoyed the creative idea and many people had their own experiences to share with others. 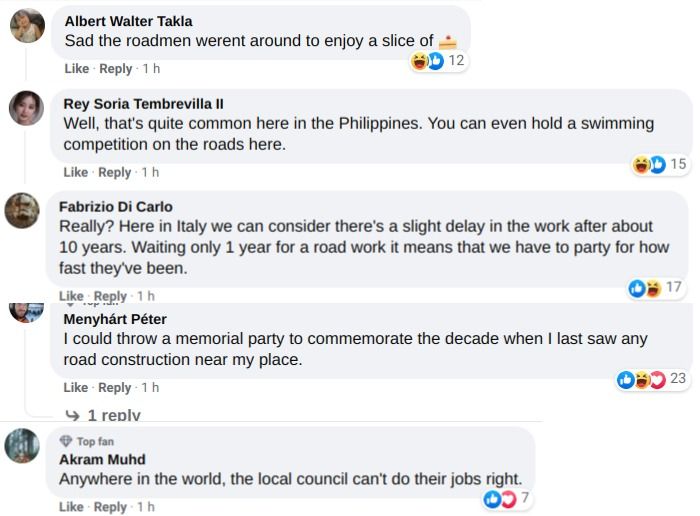 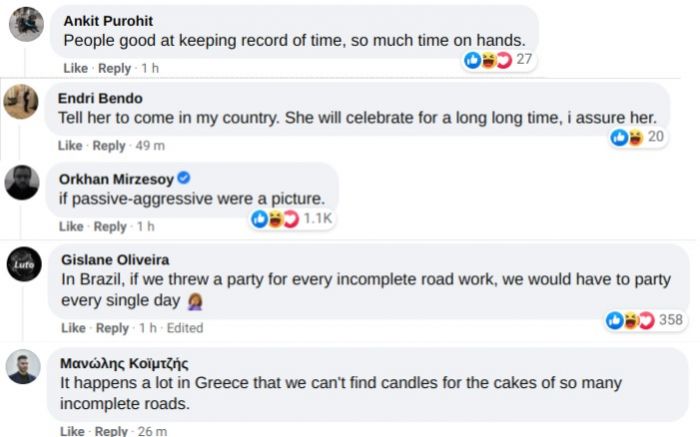