Posted by Abdul Rafay in News On 15th April 2021
ADVERTISEMENT

A TikTok video depicting New Yorkers detaining a man accused of assaulting an elderly Asian woman serves as a reminder of how societies can react to racist abuse. 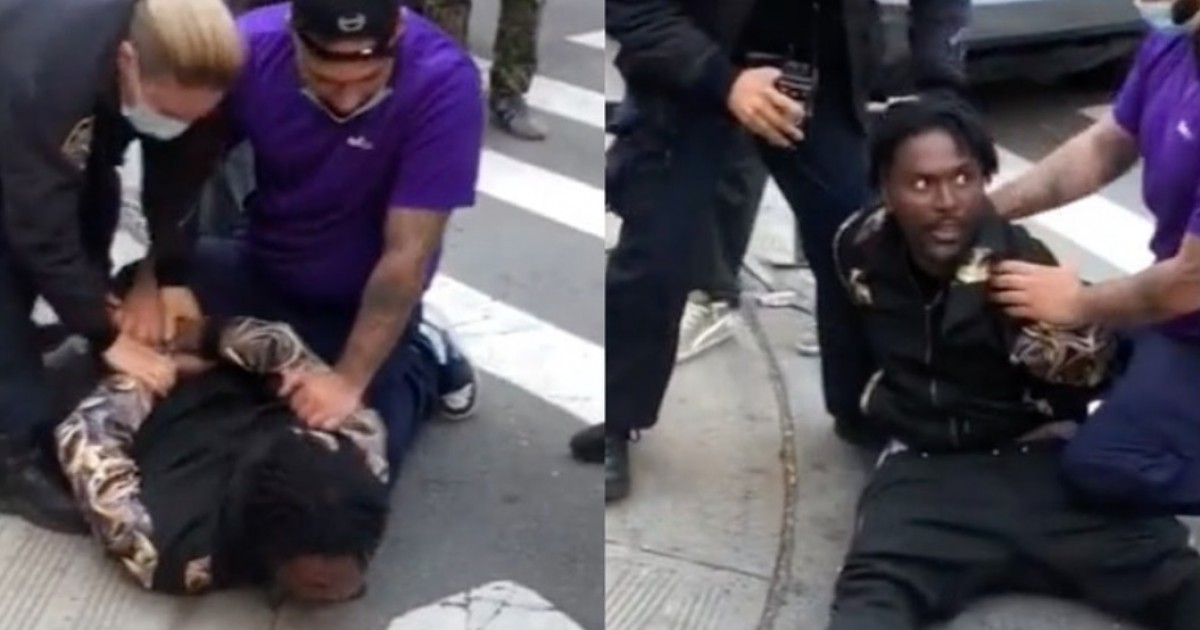 The video starts after a huge group of people has surrounded the man and dragged him to the ground.

“Hit a woman for no reason?” one bystander asks. “You’re a punk.”

When a police officer approaches to handcuff and arrest the man, one good Samaritan has the man's arms behind his back.

Before calling for backup, she praises the crowd and says, "Thank you guys, I appreciate it."

They begin to disperse at that stage, but a few men remain to express their anger at the suspect for allegedly assaulting someone.

“This is my neighborhood, bro,” one tells him.

It's unclear where the suspected attack occurred in New York City or what happened, but the rise in hate crimes against Asians in the United States has put people on alert.

Last month, security guards in New York City were caught on camera ignoring an assault on an Asian woman that happened right outside the door of the apartment complex where they worked. Their refusal to assist, even after the attacker had fled, caused almost as much outrage as the assault itself.

On the other hand, the men who reportedly tracked down this man to apprehend him for police have been praised for protecting their community.

“STOP BYSTANDER EFFECT,” wrote @kay.tin. “This is exactly what all of us should do when we witness acts of discrimination or injustice against innocent people.”

“Those security guards who closed the door on that old lady can learn something here!” added @the_real_chill_bill.

Guy gets caught beating up an old Asian women in NYC. Community chases him down & apprehends him. ##asianlivesmatter ##asian ##hatecrime ##nyc ##fyp