Posted by in Sports On 7th August 2017
advertisement

Neymar’s move to PSG from Barcelona will make him the first player in 85 years to more than double the previous transfer record. An already inflated environment will feel the consequences. 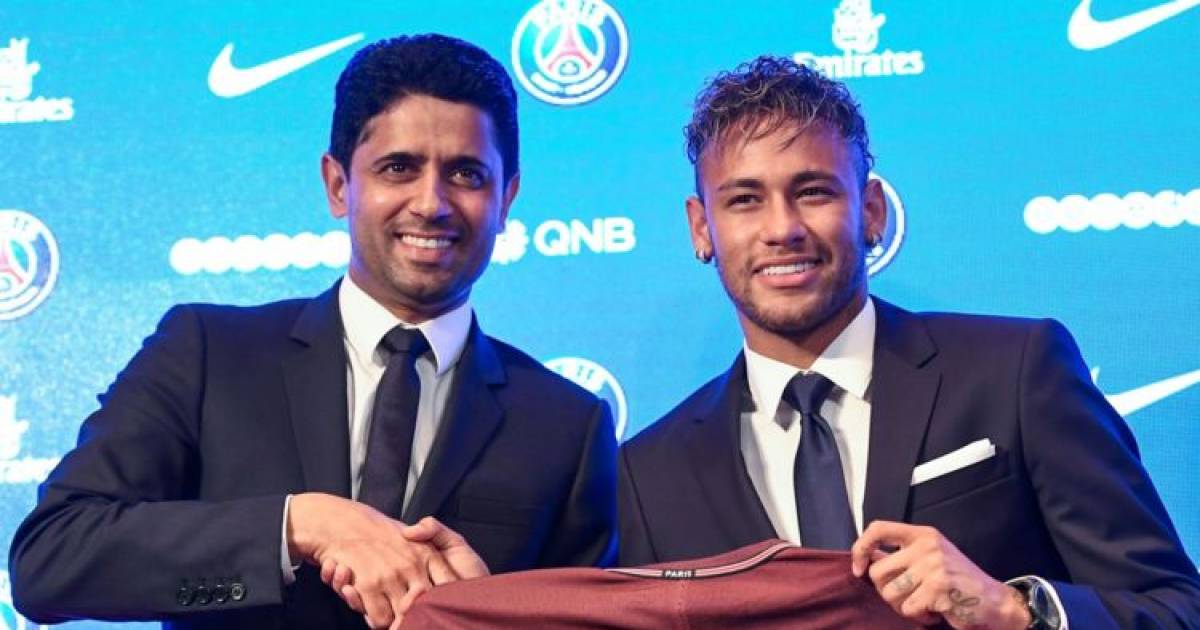 Brazilian soccer prodigy Neymar lived up to big expectations by winning four consecutive Player of the Year awards by age 21.The son of a former professional soccer player, Neymar followed in his father's footsteps by playing street games and futsal, an indoor version of the game.He joined the Portuguesa Santista youth club in 1999,and within a few years was one of the most highly regarded young talents in the country. 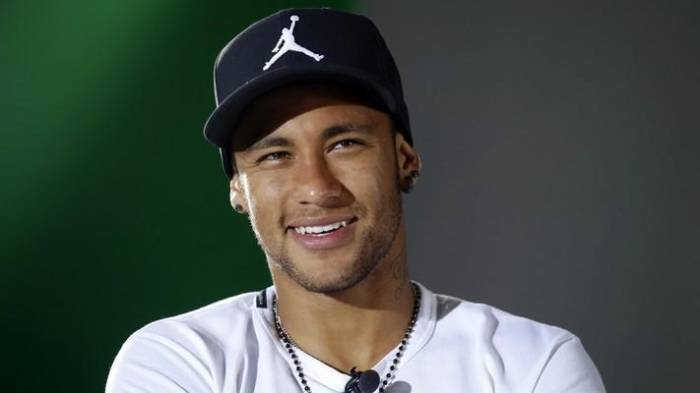 Neymar lived up to his billing with Barcelona, giving the loaded Spanish club yet another gifted all-around talent. He scored an amazing 39 goals during the 2014-15 season, helping the club achieve the coveted treble by claiming league, domestic cup and European Cup titles. The following year, one week after Barcelona became La Liga champs,he scored in extra time to propel the club to another Copa Del Rey title.However, the Brazilian star was unable to acheive that sort of success as the leader of his national team. He was suspended during the 2015 Copa America, effectively squashing Brazil's chances of making an extended run. The following year, he sat out the tournament to stay rested and healthy for the 2016 Rio Olympics.

PSG had tried hard last summer. They thought they had their man, one of those superstars they have been chasing for years. Instead, they were shocked when the Brazilian told them that he had changed his mind and he was signing a new deal with Barcelona.PSG felt used, and were used, but they moved on quickly. This summer, they had forgotten about Neymar. In order of interest, their main targets were Kylian Mbappé, Alexis Sánchez, Philippe Coutinho or Sergio Agüero. They thought their nemesis was staying put. But one call changed everything.When the Brazilian’s entourage called Nasser al-Khelaifi, the PSG chairman, to inform him that Neymar was ready to leave Barcelona, there was no hesitation. Paris needed Neymar to take their project to a new level, to reach the stars. So the secret talks started.

After renewing with the Catalan club last November, Neymar’s release clause went up from €190m to €222m. If the Parisians wanted their man, they would have to cough up the whole amount of the release clause, paying the biggest transfer fee ever. After a few internal meetings, the PSG hierarchy decided that the club could afford to recruit the superstar. They remained adamant that the commercial impact of Neymar’s arrival (shirt sales, extra ticket revenues, new sponsorship deals) would cover most of the cost of the transfer anyway. The French club did not want to be at fault with the regulations of financial fair play. They even considered at some point recruiting both Neymar and Sánchez from Arsenal before concentrating solely on the Brazilian.

Qatar Sports Investments became the majority shareholder of the Ligue 1 club in 2011 and has proceeded to make headlines for the exorbitant sums they've spent on new recruits, which culminated in the club's world record signing of the Brazil No. 10 on Thursday.And Wenger says Qatar's presence and the resources it possesses has tipped the scales in PSG's favour when compared to Europe's other clubs."For me, it is the consequence of the ownerships and that has completely changed the whole landscape of football in the last 15 years," Wenger said."Once a country owns a club, everything is possible. It becomes very difficult to respect the financial fair play because you can have different ways or different interests for a country to have such a big player to represent a country. It can't justify the investments and looks unusual for the game.

"Apart from that, we are not in a period any more where you think, in some places: 'If I invest that, I will get that back.' We are beyond that. The number today involves a lot of passion, pride, public interest and you cannot rationalise that any more. 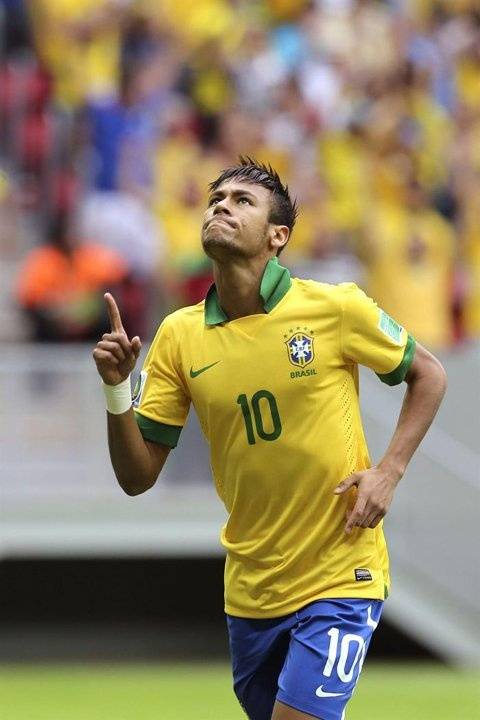 "It also looks like the inflation is accelerating. We crossed the €100m line last year and, only one year later, we're crossing the €200m line."When you think that Trevor Francis was the first £1m player [when he joined Nottingham Forest from Birmingham City in 1979] and that looked unreasonable, it shows you how much distance and how far we have come, how big football has become.Today, a player is worth what the club can afford to spend and I would say that the price of a player depends on the identity of the buyer. You cannot put it in the context of the market. It is the financial potential of the buyer that decides the price of the player.

Neymar has completed his record-shattering transfer from Barcelona to Paris Saint-Germain, signing a five-year deal with the French club after it triggered his 222 million euros ($263m) release clause.The 25-year-old Brazil forward,who will be presented to fans on Saturday,is committed to PSG until June 2022,the club said in a statement.Media reports have said he could earn around 550,000 euros ($653,000) per week."Today,with the arrival of Neymar Jr, I am convinced that we will come even closer, with the support of our faithful fans, to realising our greatest dreams," Nasser Al-Khelaifi, PSG's president, said on Thursday.Both Barcelona and Spain's La Liga questioned whether the move complied with UEFA's financial regulations, with the club saying they would report the deal to European football's governing body.

The transfer doubles the previous world record fee paid when Paul Pogba moved last August from Juventus to Manchester United for a 105m euros ($124.7m).With the Spanish giants certain to be in the market for a replacement for the Brazilian forward - and with a hefty budget to invest - the Neymar move could set off a chain reaction of deals at top clubs across Europe.Neymar said he was looking forward to delivering trophies for the French club.

"I am extremely happy to join Paris Saint-Germain," he said in the club's statement.

PSG announced the news on social media on Thursday night and will unveil their latest signing at 12:30pm UK time on Friday.

Neymar said: “I am extremely happy to join Paris Saint-Germain. Since I arrived in Europe, the club has always been one of the most competitive and most ambitious.

“And the biggest challenge, what most motivated me to join my new teammates is to help the club to conquer the titles that their fans want.

“Paris Saint-Germain’s ambition attracted me to the club, along with the passion and the energy this brings. I played 4 seasons in Europe and I feel ready to take the challenge.

“From today, I will do everything I can to help my new team-mates, to open up new horizons for my club and to bring happiness to its millions of supporters around the world.” 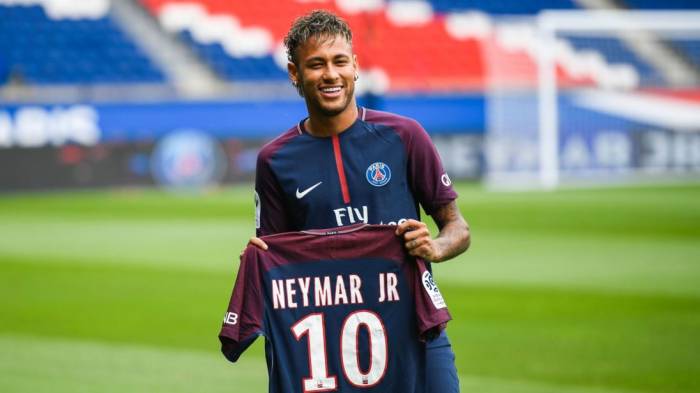