Nike Releases A Sports Hijab, And It Is Totally Badass

Posted by Missy aka Tizzy in Fashion
ADVERTISEMENT

No matter how you feel about multi-billion companies like Nike dominating the markets, you have to admit that it is inspiring to see they are starting to blend with the Western world and all kinds of other cultures. The latest example of expansion like this was when Mattel released their first Barbie that wears a hijab. She was modeled after Ibtihaj Muhammad who is a Muslim Olympic fencer. Muhammad described the doll as simply "amazing." 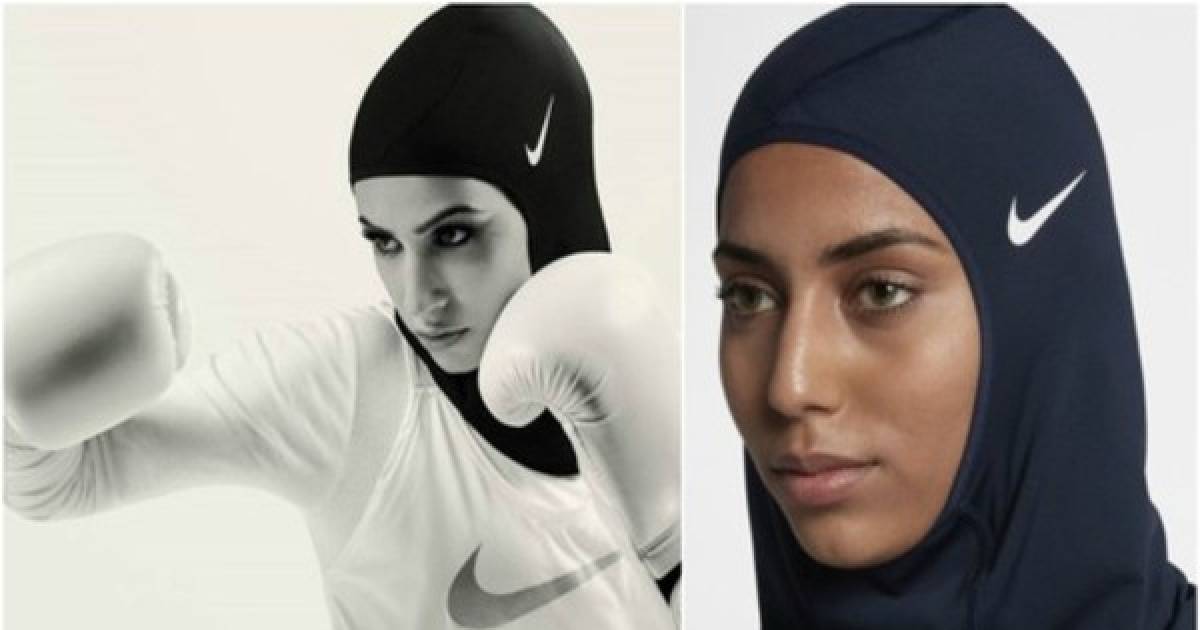 Here you can see Muslim-Olympic fencer, Ibtihaj Muhammad posing with the very first Barbie to wear a hijab. As you can see she is just as beautiful as any other Barbie doll. The fencer says that the new toy is amazing. The introduction of products like this is great for gaining footing in other markets such as the Middle East and with Muslim populated nations. The show of inclusion to the Muslim community is quite powerful and heartwarming. 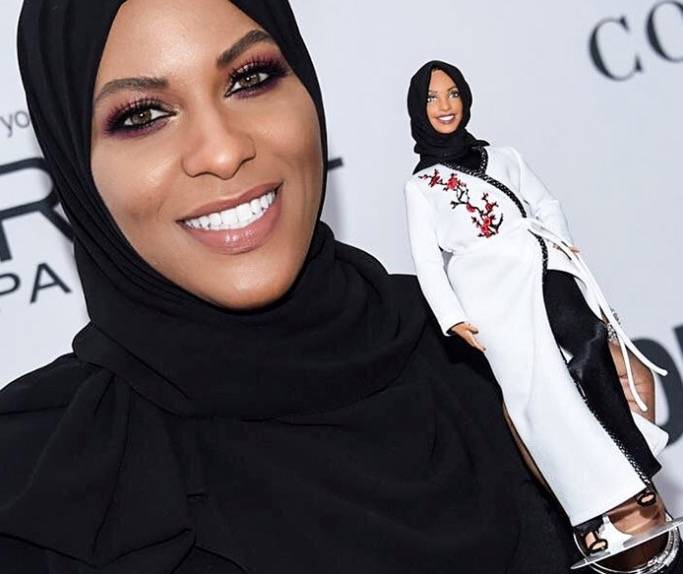 Back in February, Nike Middle East introduced their first breathable, athletic hijab. It is comfortable, functional, and practical allowing Muslim women to also take part in sports activities. The item was not made available in the US until now. 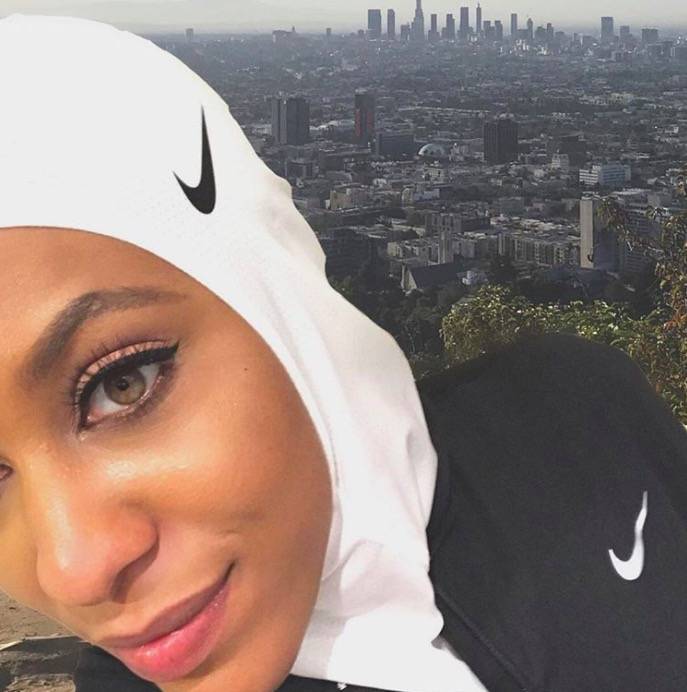 There are about 3.5 million Muslims living in the United States. That is a little over 1% of the overall population. We can assume that half of those are women, many of whom choose to still wear a hijab and openly practice their faith. We think it is also safe to assume that many of these women also enjoy sports and exercise just like anyone else. 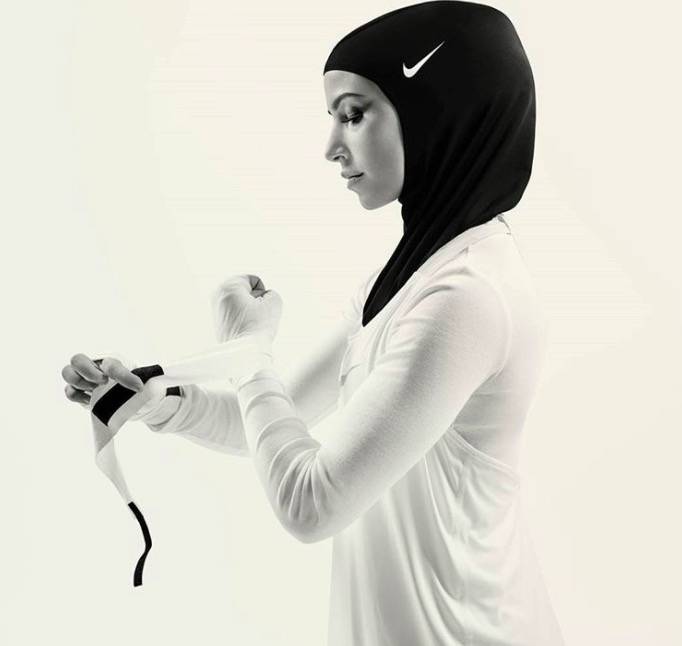 So, Nike Pro has launched its campaign globally, and the campaign looks intense...in a good way. There were several different prototypes for the athletic hijab. Many Muslim athletes were asked to help provide feedback in order to create the best product possible.

Muslim athletes Ibtihaj Muhammad, Zeina Nassar, and Zahra Lari can be seen as models for this campaign. It looks like a great product. We just wish that it had not taken so long to come to fruition. 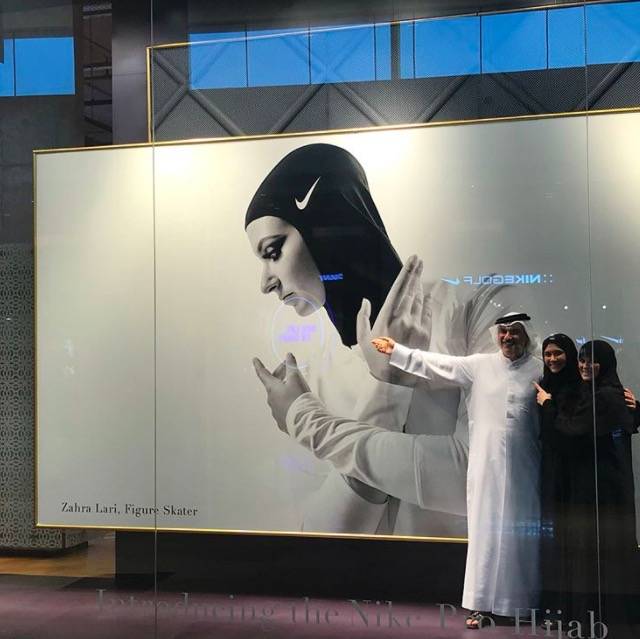 There are, of course, those who oppose the sports brand for even designing a product specifically designed for Muslim women. We say that if the idea of a Muslim woman being comfortable while working out or partaking in sports makes you uncomfortable, then you are the problem, not the company that is trying to be inclusive. 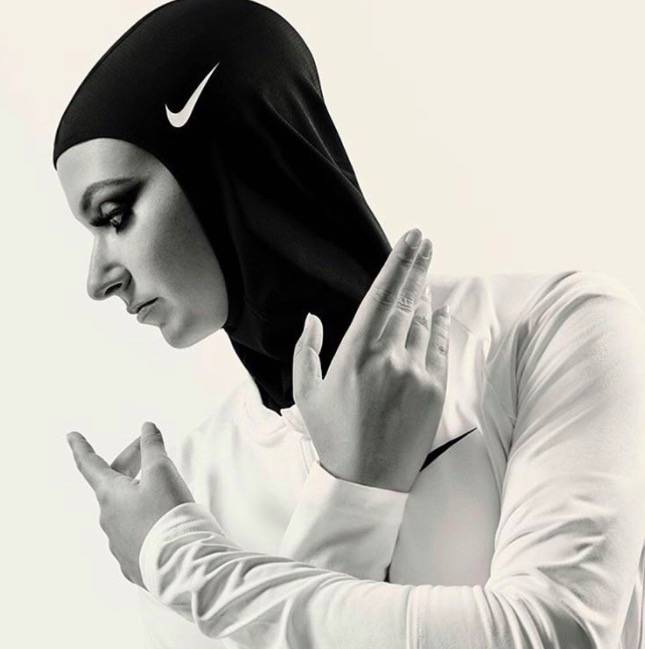 Zahra Lari, a champion ice dancer from the United Arab Emirates, claimed the new hijab is "a reminder to us Muslim women that we can achieve anything in the world. What Nike has done for Muslim athletes is a dream that we never thought would happen." 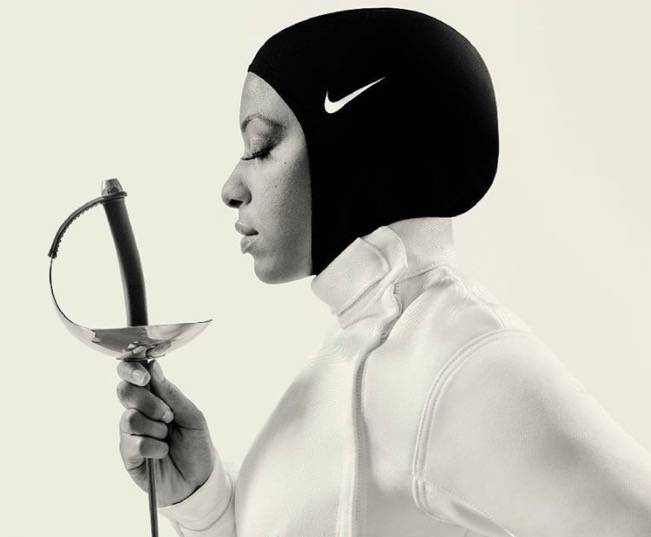 Ibtihaj Muhammad, a New Jersey native, issued a statement to Nike to say why the product is so very important to the people of her culture. She said she would often have to compete while wearing a child's hijab that caused issues of its own since it has a georgette fabric covering.

When that kind of material gets wet, it gets heavy and sometimes it would obstruct her hearing. It was a clear disadvantage. She would struggle to hear her coach's instructions or what the referee was saying. 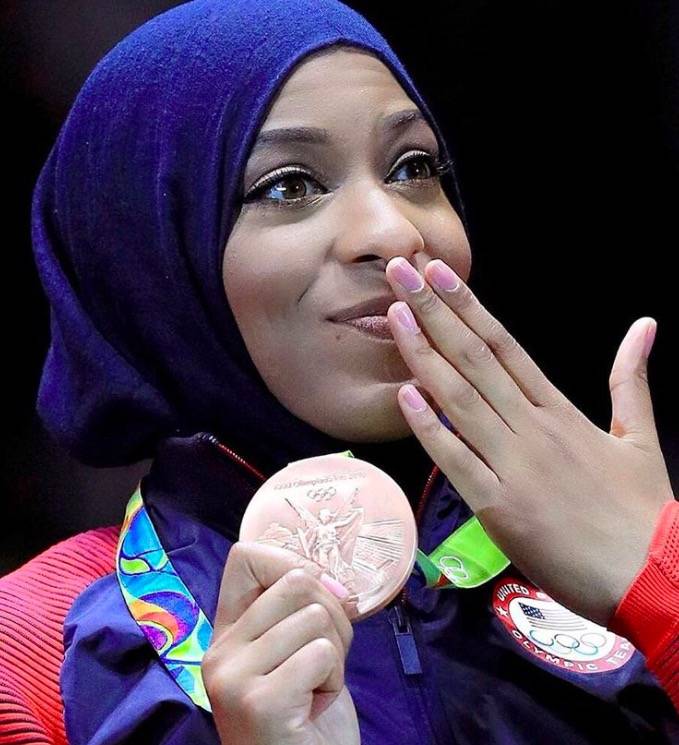 Another issue that she was facing was trying to figure out how to keep the children's hijab in place. Most of the time she had to use pins to keep it closed and tuck it inside of her sports bra. It makes competing at an Olympic level just that much harder. 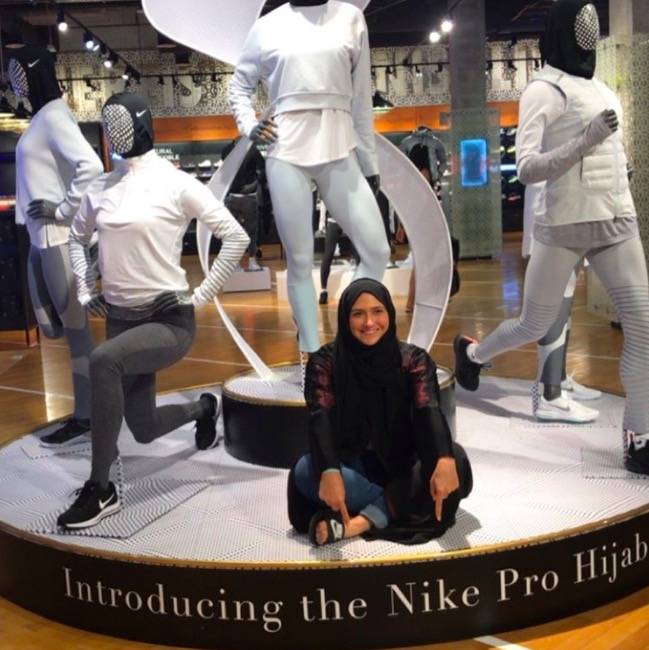 When she tried on the new Nike hijab, it made her realize just how much her old way was truly hindering her performance. Now, she can hear, and she was not nearly as hot. Her body was able to cool down much faster with the new hijab from Nike.

German boxer, Zeina agrees. She says she is no longer distracted because the hijab sits better on her and it is adapted for sports. The new sports garment is about more than just improving conditions for the athlete, it is meant to also "advance the conversation around hijabs and Muslim women in sports and further make sports an inclusive space." 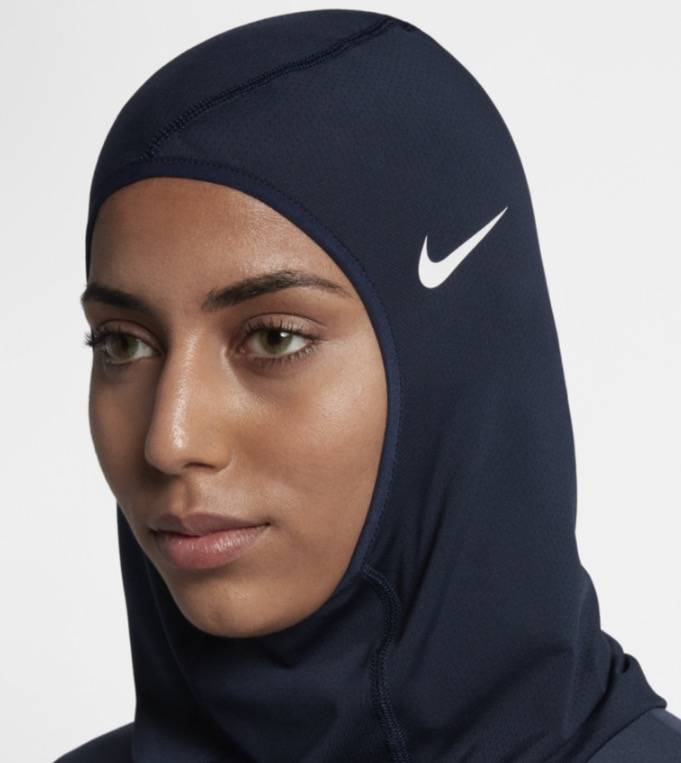 The new hijab will be sold online and in select stores across 20+ countries come January. It will be available in sizes XS/S and M/L in black, obsidian, white, and vast grey colors.