Nun, 55 Goes Viral on TikTok After Revealing Her Skincare Routine

Posted by Sama in Amazing On 21st July 2021
advertisement

Sister Powell left the internet in awe after she shared the simplistic details of her skincare and how she goes about taking care of her skin. Looking at her glowing and flawless skin, many people on the internet are considering adopting her ways with hopes that they can see such a beautiful change in their skin too, while others joked that sister's skin is glowing because of not dealing with men in her life. 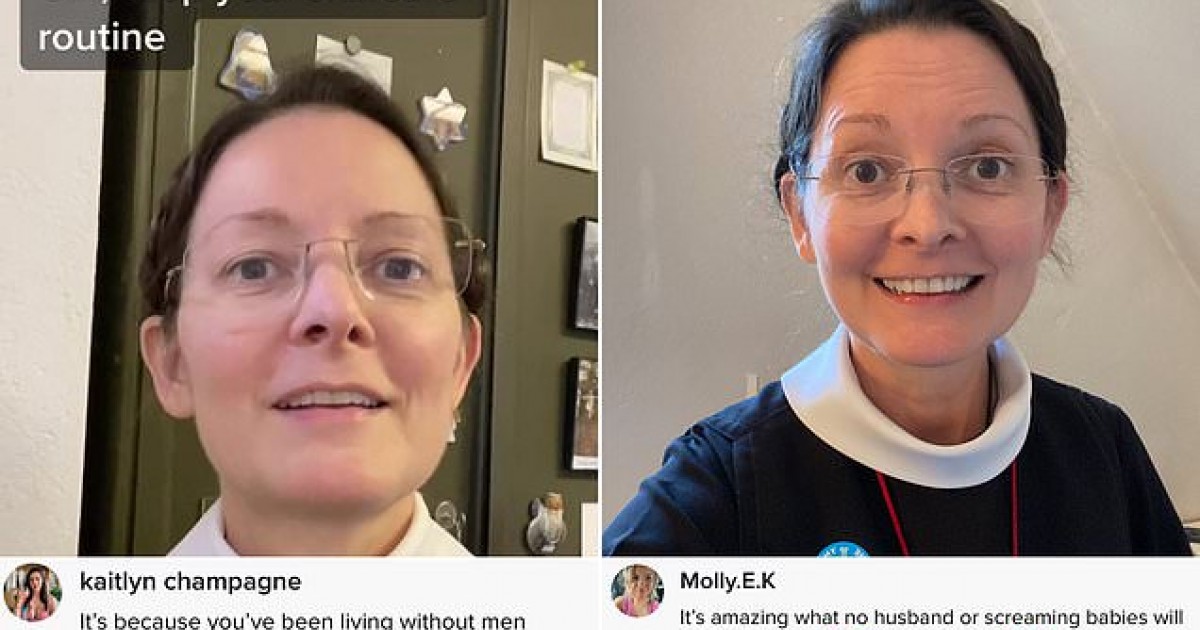 Internet is in awe and obsessed with this nun's skincare routine which she shared on TikTok.

Sister Claudette Powell, 55, who wittily goes by @nunsenseforthepeople on the platform, shared a video in response after people asked the secret about her clear and flawless skin. 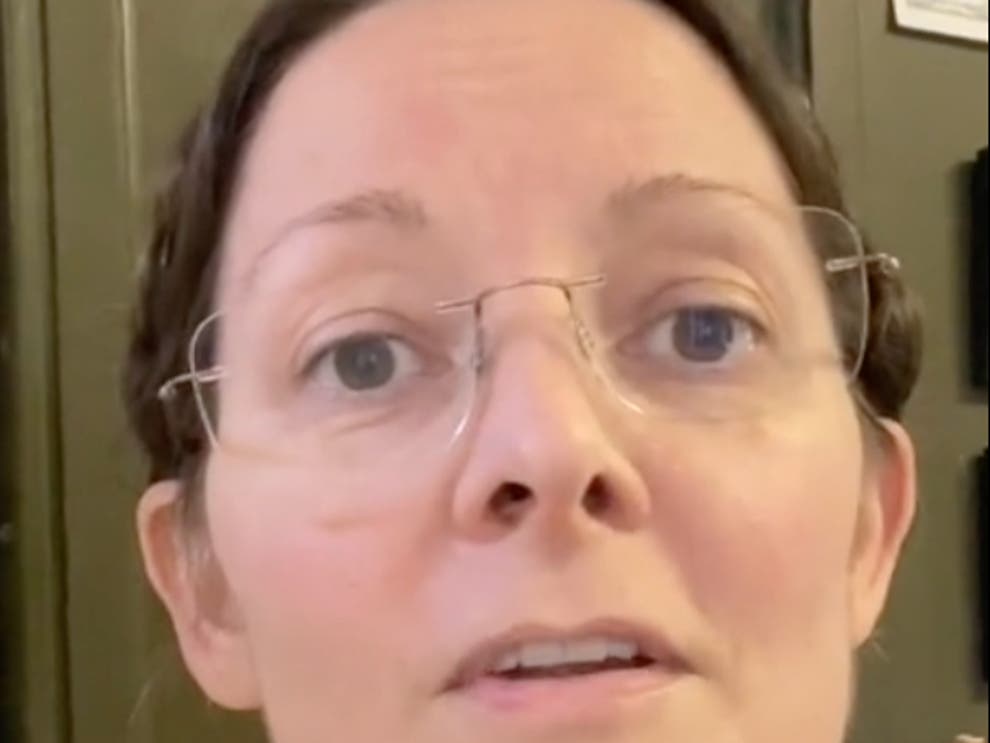 She captioned her video:

“I thought people would be asking questions about transubstantiation and Gregorian chant, but the ladies want the nunly skincare tips,” Sister Powell had this to say in the video:

“A bunch of really nice ladies have left comments on here saying that they think I look a lot younger than I am, and I just want to say thank you. That’s really nice,’ she begins. 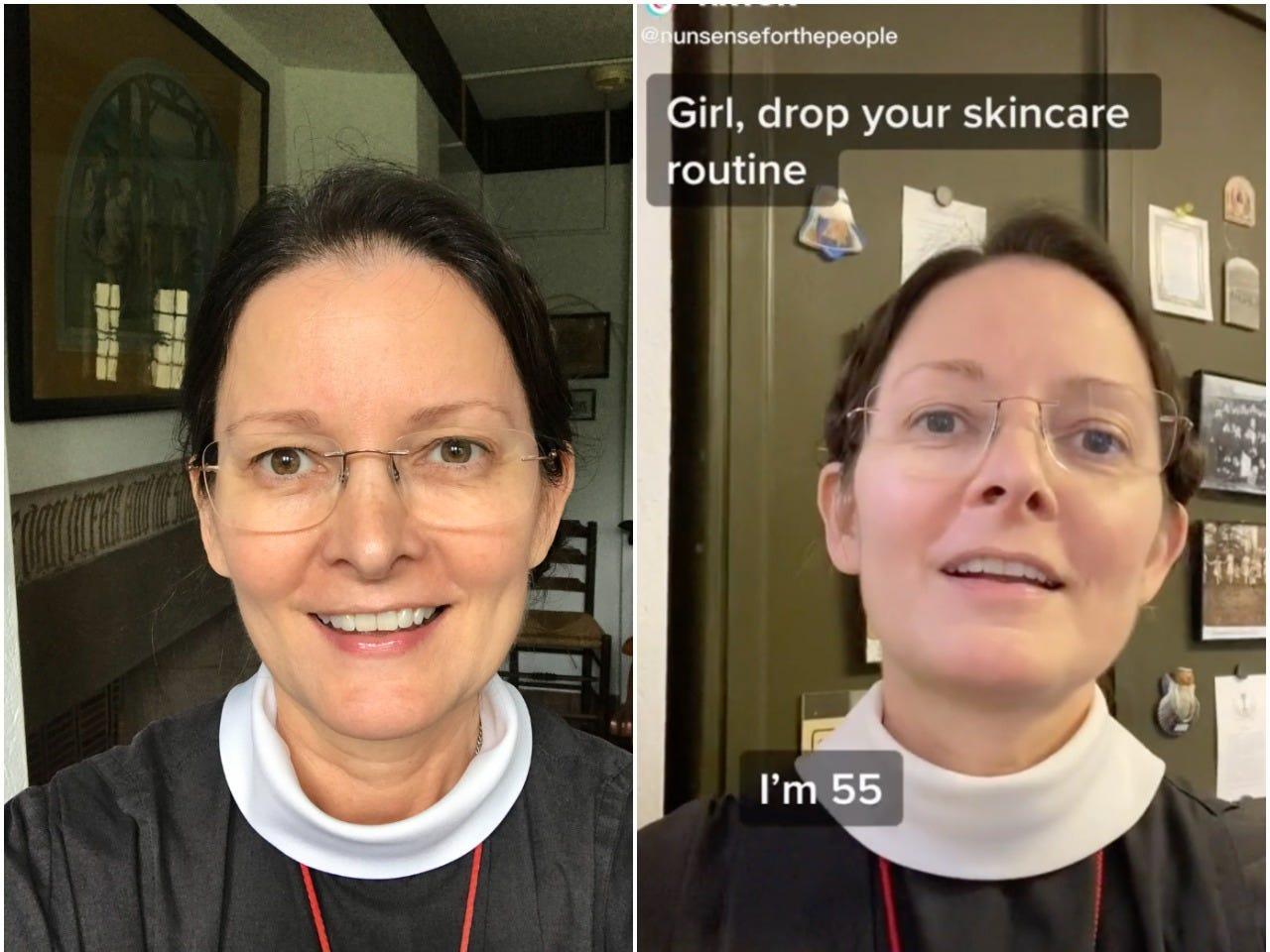 To the internet's horror and much shock, Sister Powell admitted that she does not follow a skincare routine.

To clear up, she said:

“I think I probably have a few less wrinkles than some people my age because I don’t go out in the sun."

She also shares that since the late 1980s, she has been unable to go out in the sun, as she experiences 'migraines' from it. 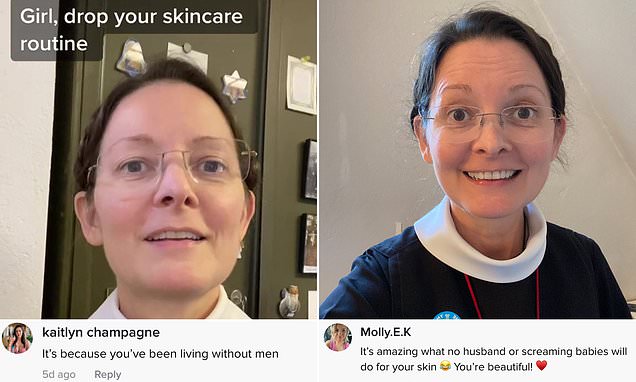 “If I go out in the sun, I have to have a sunshade or an umbrella or something,” which she says as to the “eccentric Mary Poppins” vibe that she portrays.

Sister Powell shares that before choosing the life of a nun, she was in the photography business, so she knows a bit or two about this business and whenever she is creating content for her platform, she especially picks location that has both "good lighting" and "low lighting."

“Low lighting is a girl’s best friend,” she said as the text over screen reads, “I look fantastic in pitch darkness.”

However, when insisted upon that there must be something she applies on her skin, she answered, "baby stuff."

“I’ve never used beauty products because I think it’s a rip-off and because I’m really cheap. I was very cheap even before I became a nun,” she said.

Thinking about this nun pic.twitter.com/TVuI8kyRgH

Sister Powell also shares that since her skin is sensitive she gets allergies from  “almost everything on Earth,” so she washes her face once a day.

“I have to use things like that Aveeno oatmeal body wash/ shampoo that you get in the baby department,” she adds.

She concludes her video:

“Carry a parasol, shoot in low-light, and used baby stuff on your skin.”

Internet is obsessed and can't seem to get over sister Powell's simplistic lifestyle.

“Queen of clear skin, low lighting, being 55, and being pious,” someone wrote.

“There’s something to be said about no son and gentle products! I’ll take that low-light tip!

“It’s because you’ve been living without men,” to which sister Powell commented with a bunch of crying laughing emojis. 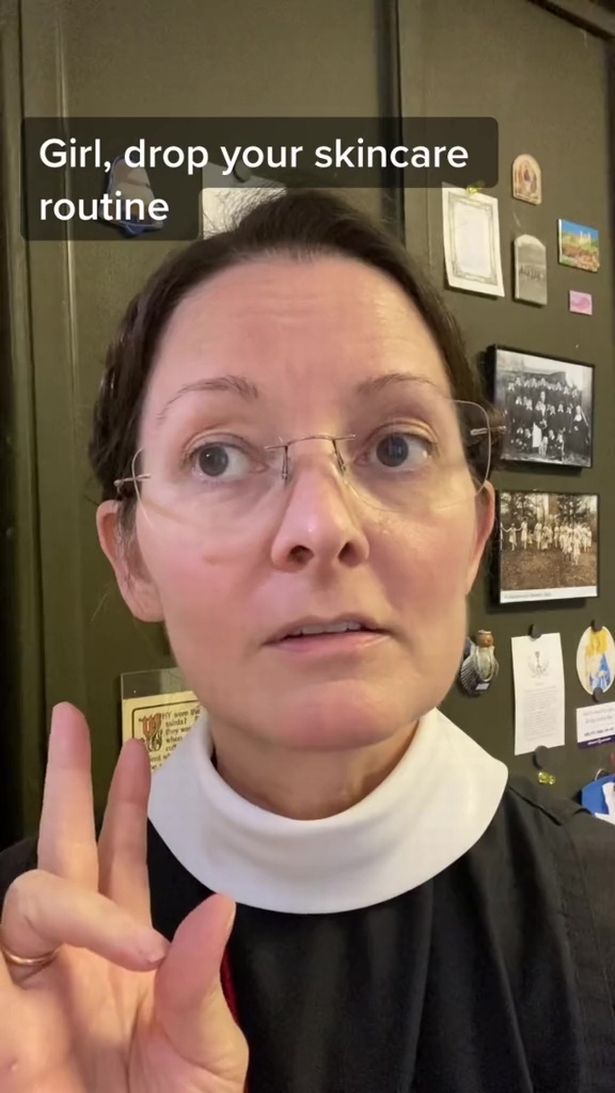