Lydia Farrell,33 started to leave apples outside her home in a basket for her neighbors as a gesture of goodwill. Little did the woman know that her good intentions will be interpreted wrong and she will be slapped with a heavy fine by the council. Showing her disappointment, in her Facebook post, she wrote, "Feeling disheartened..... the council has fined us £150 for 'fly-tipping' because we've been leaving free apples outside our house in cardboard boxes (because people were taking the pots!) 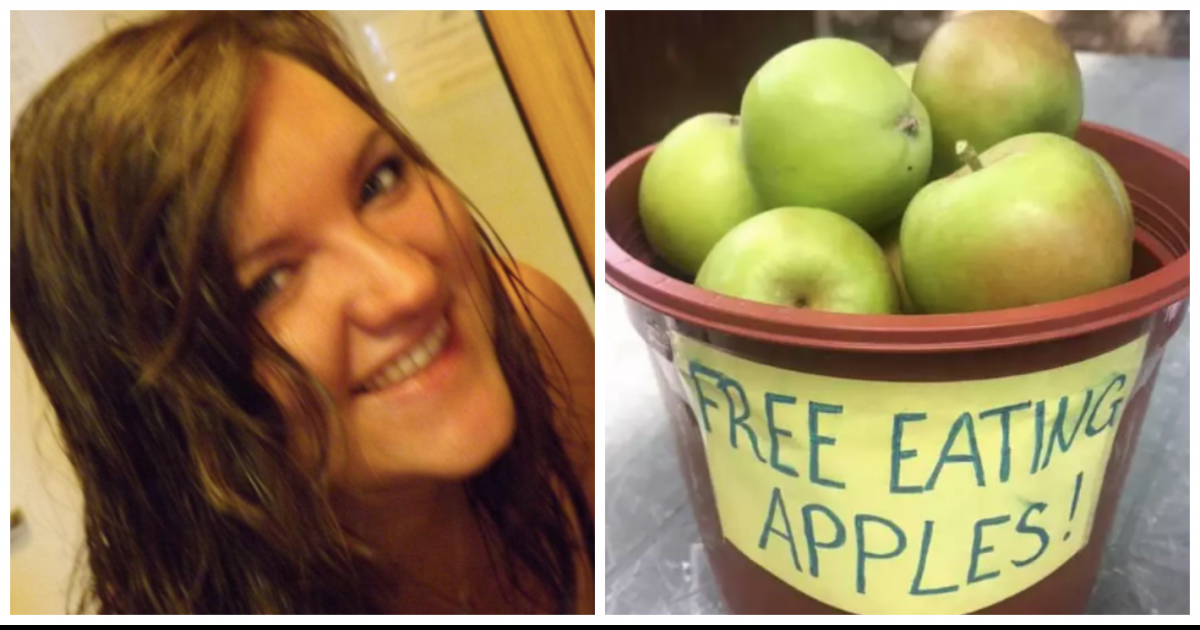 It is said kindness always goes the long way. But sometimes it can be misinterpreted and taken with wrong intentions too.

This nurse was fined $200 for leaving free apples outside her house for her neighbors.

The apples came from Lydia Farrell's home tree and she definitely didn't want them to go waste.  So she kept them outside her home in a basket so that the neighbors can help themselves. Little did she know her good intentions will create problems for her only. 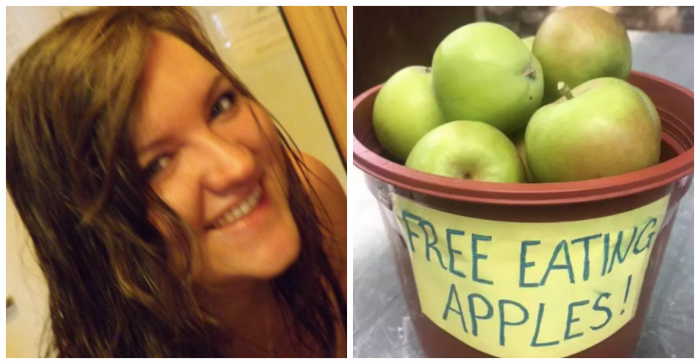 However, after thinking that she'd done a kind, neighborly thing, she was shocked to receive a $200 (£150) fine from Ealing Council, in west London because of the apples.

Lydia took to Facebook to share the disheartening incident. She wrote, "Feeling disheartened..... the council has fined us £150 for 'fly-tipping' because we've been leaving free apples outside our house in cardboard boxes (because people were taking the pots!)

In an interview with Metro, she said: "[I feel] very disheartened. Especially when I have to walk past all the real fly-tipping every day at the end of my road. We'd been away for a few days and not only did we come home to that fine but also someone had forced entry into our back garden and broken our fence.

"So two real crimes committed by other people and I'm the only one who gets fined."

She added: "I just felt it was quite sad that the council would fine me for doing a good deed."

After Lydia's post went viral on social media the council withdrew her fine and also issued an apology to her.

She later edited the original post to add: "Apple update - after reading through all my messages and speaking with the lovely @VanessaOnAir it seems I won't have to pay the fine! I'll keep sharing my apples but maybe fix them to my wall somehow next time. Thanks for everyone's support and kind words.

"And we now have some passion fruit growing!"