Posted by Sughra Hafeez in Amazing On 5th January 2018
ADVERTISEMENT

A viral video of a nurse performing a finger prick and giving three injections to one brave little boy has the internet cheering. 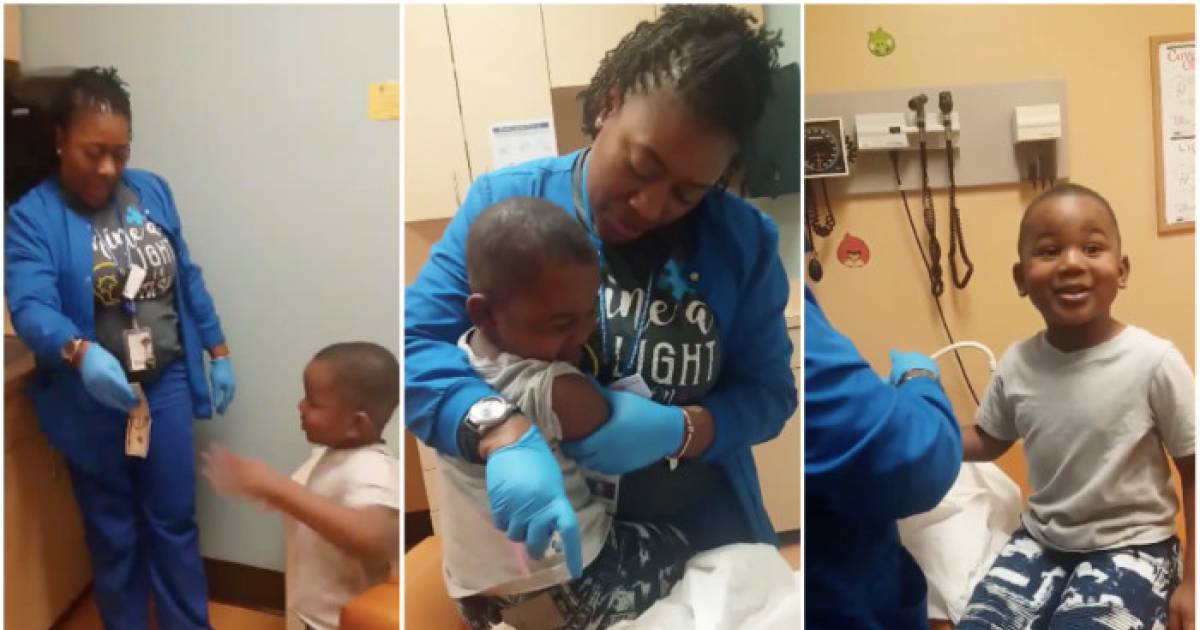 One nurse's viral "magic trick" for giving kids shots is getting mad love from parents online.

It's worth a watch for anyone who's ever dreaded taking their doctor to the pediatrician. 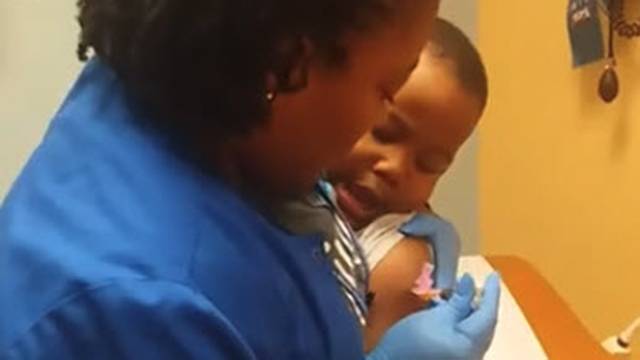 Tiffany Shelby Marshall posted a video of the nurse to her Facebook on Dec. 29, praising her for all she did through the boy's appointment.

"This was by far the funniest thing I've ever seen with this kid. I almost peed myself," Tiffany wrote on Facebook. "THIS NURSE WAS ABSOLUTELY PHENOMENAL!" 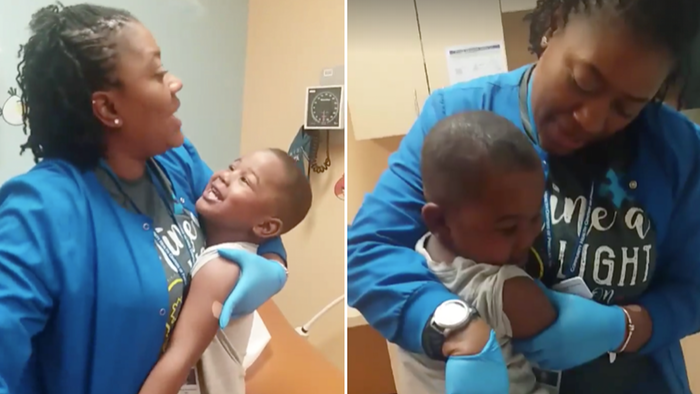 The simple way she does it is a lot of conversation, a couple of big hugs and it’s clear she absolutely loves her job.

we’re gonna make circles on this paper right here,” she tells him. “You ready?” 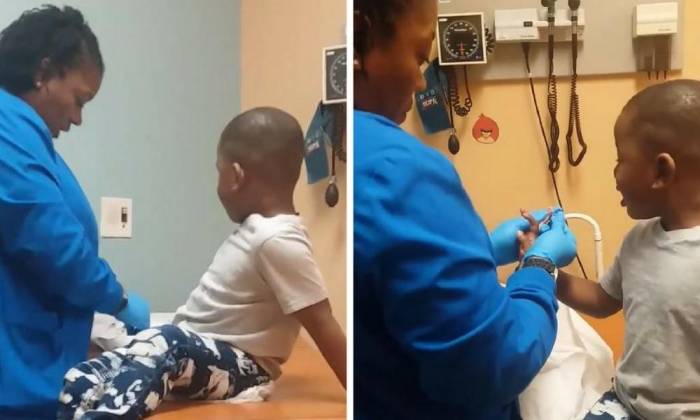 The nurse counted to three and gave him the injection with no tears, just a big hug.

She pricks the boy's finger and tells him to "watch the magic" as she has him "paint" a red circle onto a piece of paper. "I didn't cry!" the boy announces. 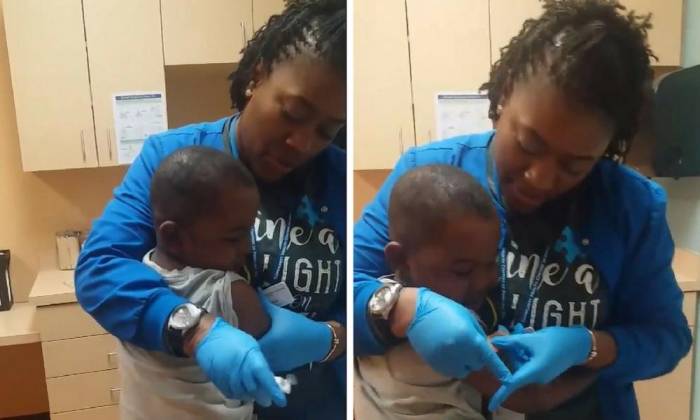 When it came time to give him the injection in his other arm, she told him he needed to give her a big hug again.

She kept talking and before he knew it the injection was done and she had put the Band-Aid on. 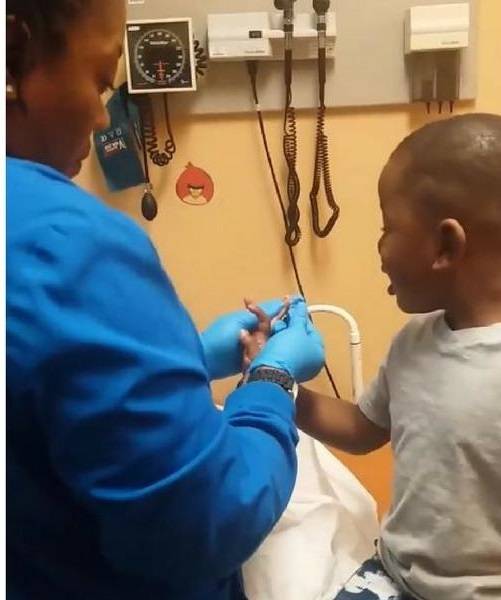 The little boy happily collects the five dollars his family promised him if he made it through the appointment without crying.

The video has been viewed more than 24 million times. 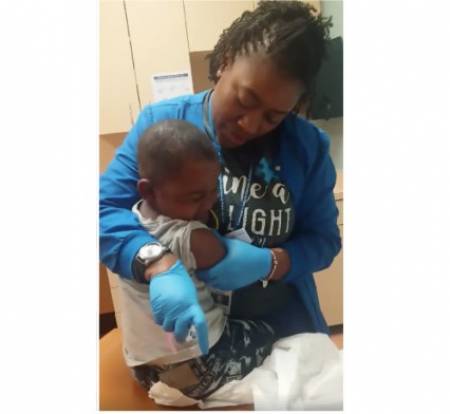 Facebook users flooded the post with positive comments about the nurse and added that the video is 'too cute'. 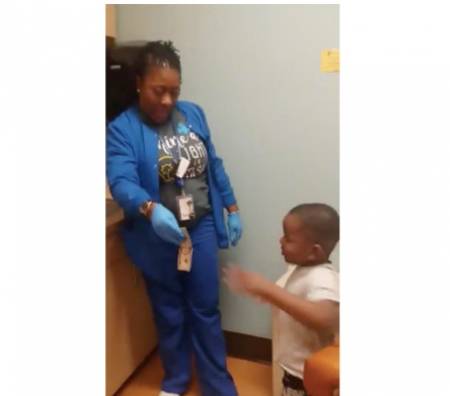 This nurse has a bedside manner that’s truly special. 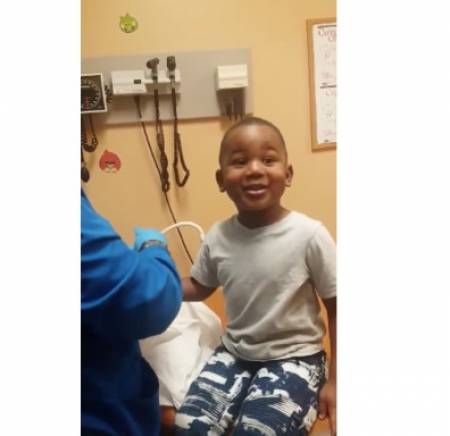