On Tuesday, July 28th, 2020, officers with the NYPD in Manhattan came under scrutiny when they were filmed "abducting" a transgender protester and shoving her into an unmarked van. 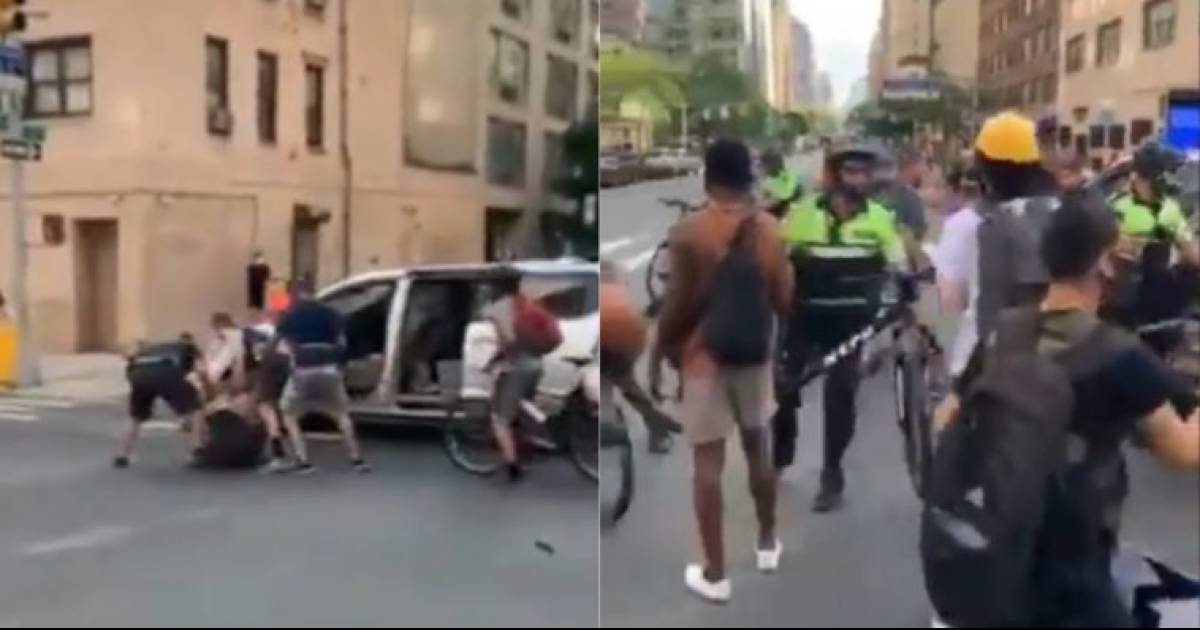 The NYPD Warrant Squad came under fire earlier this week when they "kidnapped" a transgender female by dragging her into an unmarked minivan.

In the recording, you can see Nikki Stone being grabbed and forced into the van by unmasked officers during a protest in the Kips Bay neighborhood of Manhattan. The video was uploaded to Instagram by another activist and quickly went viral on the social media giant. 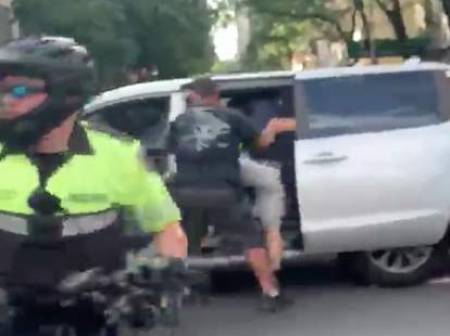 The tactics employed by the NYPD have drawn comparisons to the ways federal lawmen in portland have been videoed dragging protesters off the streets and forcing them into unmarked vans.

Stone, who is an 18yo trans woman, has been reported as the organizer of the protest. She was charged with several offenses of vandalism before being released from police custody.

The homeless activist was showered with applause and cheers from a small group of #BlackLivesMatter protesters after her release early Wednesday, July 29th. Even Hawk Newsome, the leader of the NY chapter of Black Lives Matter, was in attendance for her release. 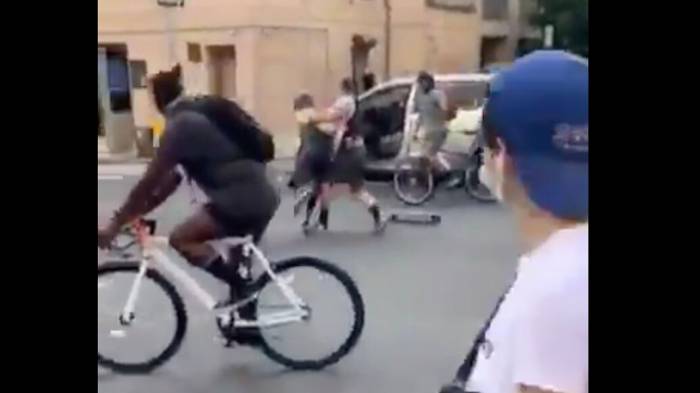 Speaking with ABC7NY, Stone said that, other than some minor scrapes from her arrest, she is fine.

After being held in police custody for about 5 hours, she was released with a ticket to appear in court at a later date.

NY City Council Speaker said that the video was "incredibly disturbing" while the city comptroller, Scott Stringer tweeted, that he was "deeply concerned" and needed "answers immediately. 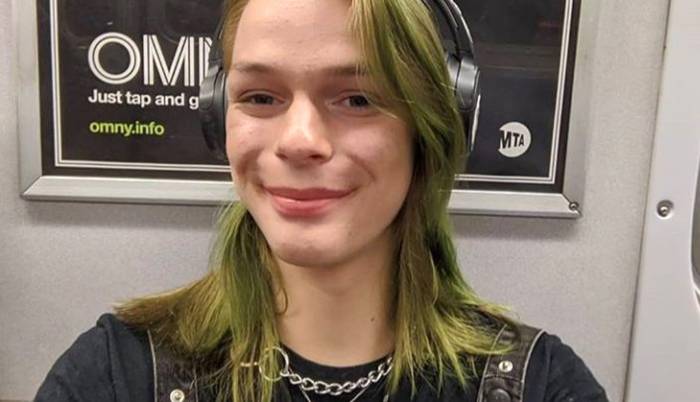 Congresswoman Alexandria Ocasio-Cortez, tweeted "our civil liberties are on the brink."

"This is not a drill," she continued. "There is no excuse for snatching women off the street and throwing them into unmarked vans. To not protect our rights is to give them away. It is our responsibility to resist authoritarianism."

According to an NYPD representative, the way Stone was arrested is standard procedure for the Warrant Squad and that the officers were attacked by the crowd with rocks and water bottles. The video doesn't make it clear if this occurred during Stone's arrest. 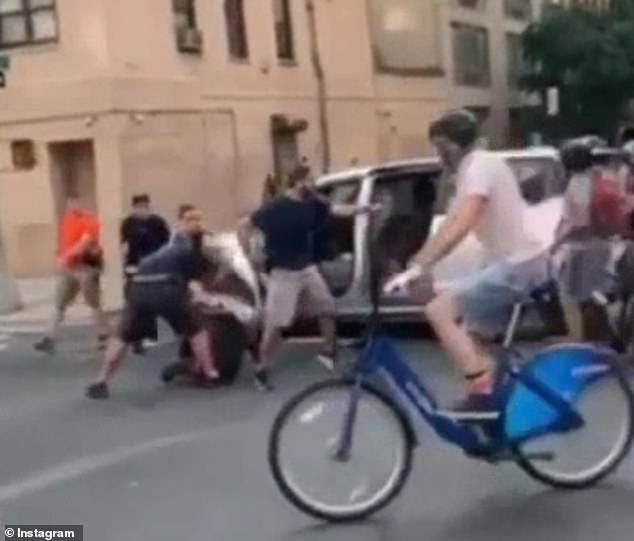 According to the New York Post, Stone was charged with vandalism and criminal mischief. They allege that Stone was seen writing on cameras set up in City Hall Park. She has also been charged with several incidences of graffiti including 4 separate incidents from June 19th through July 6th. These offenses are allegedly defacing an F-train at 63rd Street and Lexington Avenue as well as writing inside The Oculus at NY's World Trade Center.

As seen in the video, Stone was grabbed by 3 officers and dragged towards the open door of a silver minivan as she tried to pull away from them.

The crowd of protesters can be seen yelling at the cops before one of them attempts to help Stone break free.

You can hear one of the officers yelling at the crowd telling them to "Get back! Get back!" as the teenager falls to the ground. 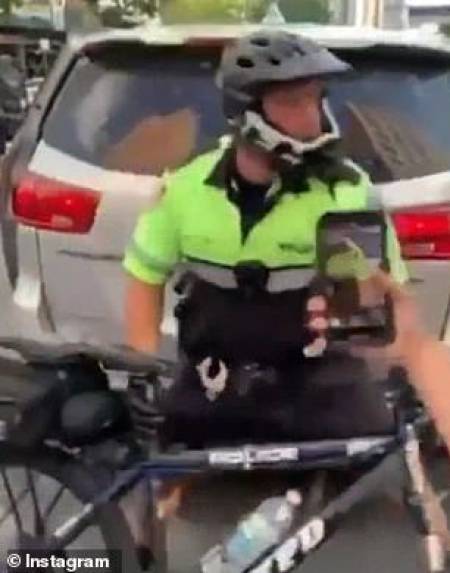 Stone can then be seen being lifted off of the ground and shoved into the van right before it speeds away.

NYPD bicycle officers quickly arrived on the scene to protect the plainclothes officers from the angry crowd.

"They grab her off of the street as she's skateboarding, don't even put handcuffs on her, and throw her into an unmarked vehicle," remarked one protester. "None of the people are wearing badges. That's just terrorism." he continued.

An NYPD spokesperson has said that this is the point of the warrant squad: to catch criminals off guard by not looking like cops. 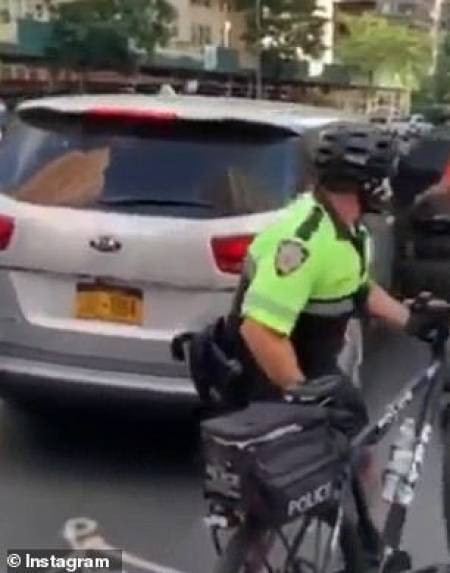 On twitter, a protester shared another angle of the arrest and said, "NYC is taking after Portland - a trans femme protestor was pulled into an unmarked van at the Abolition Park protest - this was at 2nd Ave and 25th Street."

Another protestor tweeted "An unmarked van just snatched up a protester on 25th & 2nd and NYPD started attacking us!!!!"

A third protester said, "An 18-year-old trans girl who organized a peaceful protest was just kidnapped by NYPD officers in an unmarked van. She's allegedly suspected of... wait for it... putting stickers on police cameras."

People flocked to social media to respond to the clip saying that it looked like she was "kidnapped" and "abducted." The hashtag #WhereIsNikki was trending briefly Tuesday.

An NYPD spokesperson told the NY Post that Stone is "a suspect in the destruction of police cameras during five separate criminal incidents." 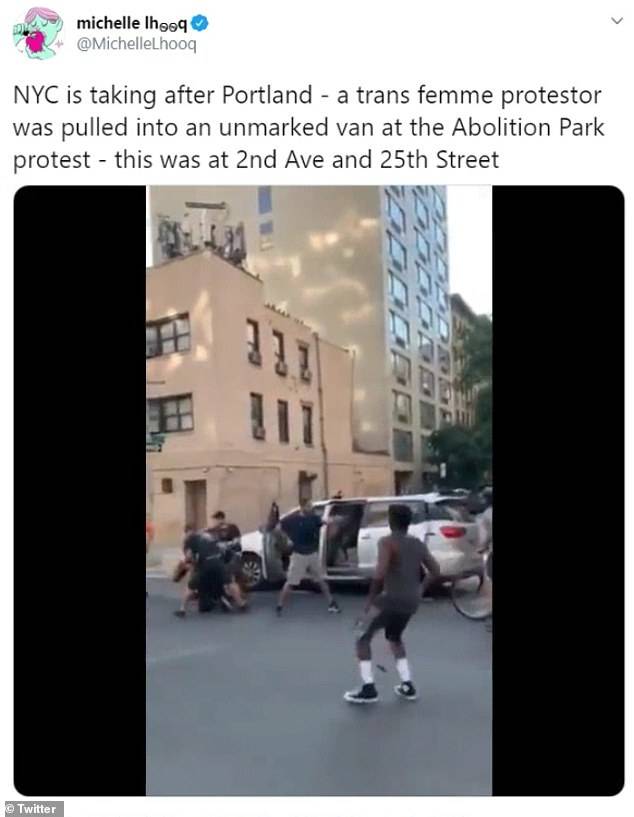 “… violently forcing protesters into an unmarked van are the actions of a police force that think they can act with impunity. We won’t allow this in our city.”

The group has formally launched an investigation into the incident. 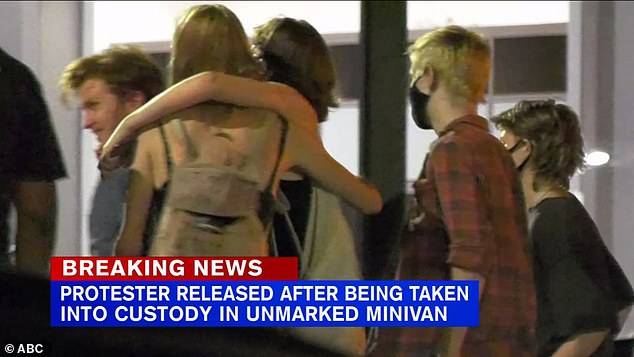 You can see the video of the arrest below.

NYC is taking after Portland - a trans femme protestor was pulled into an unmarked van at the Abolition Park protest - this was at 2nd Ave and 25th Street pic.twitter.com/1PDhSYuK9h