Posted by Sama in Funny On 3rd May 2021
ADVERTISEMENT

Kohout was in search of a good apartment with affordable rent, so when she found about a good opportunity, getting all excited she signed the lease and shifted days later without even physically visiting once. It was only a week later she realized that she shifted to a senior citizens community. Now the girl shares tidbits of her life in tiktok videos and also jokes about how her story is perfect for a 'sitcom.' 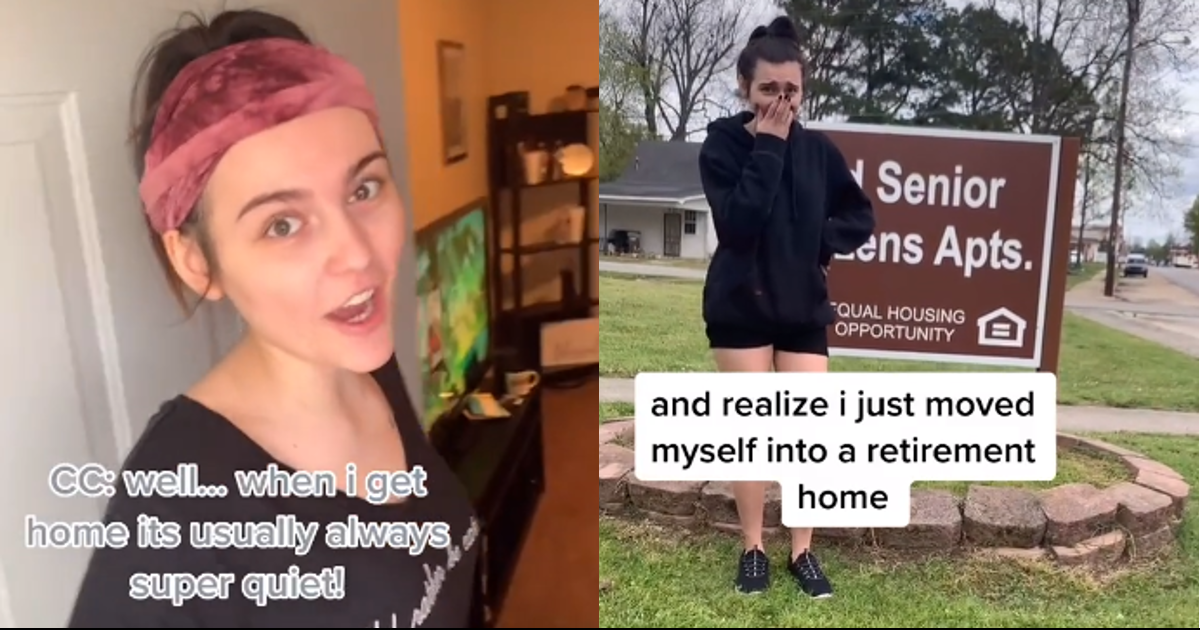 One thing that is commonly found in any independent person whether young or old is to be able to afford housing at a decent place.

It is this searching for affordable housing that led this teenager to find a house in a retirement community. 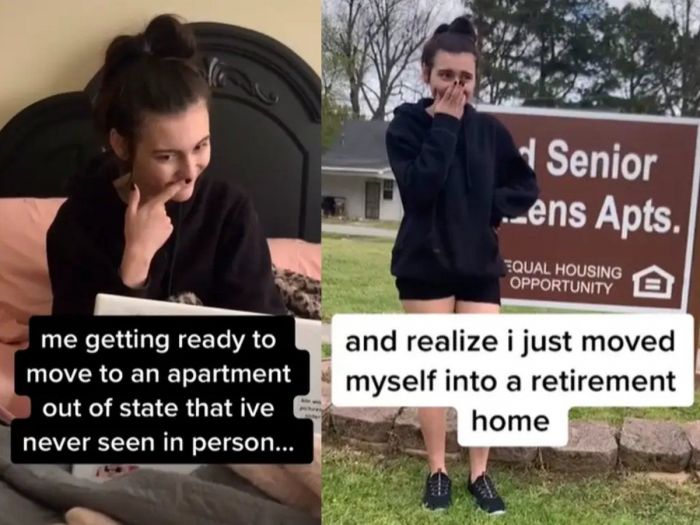 Madison Kohout, 19, told Insider.com  that she was moving from Oklahoma to Arkansas and was in search of a two-bedroom apartment online.

So when she found a comfortable and super spacious apartment that was listed only at " $350 a month," she was overjoyed and immediately signed the lease papers to move in without even checking it in person. 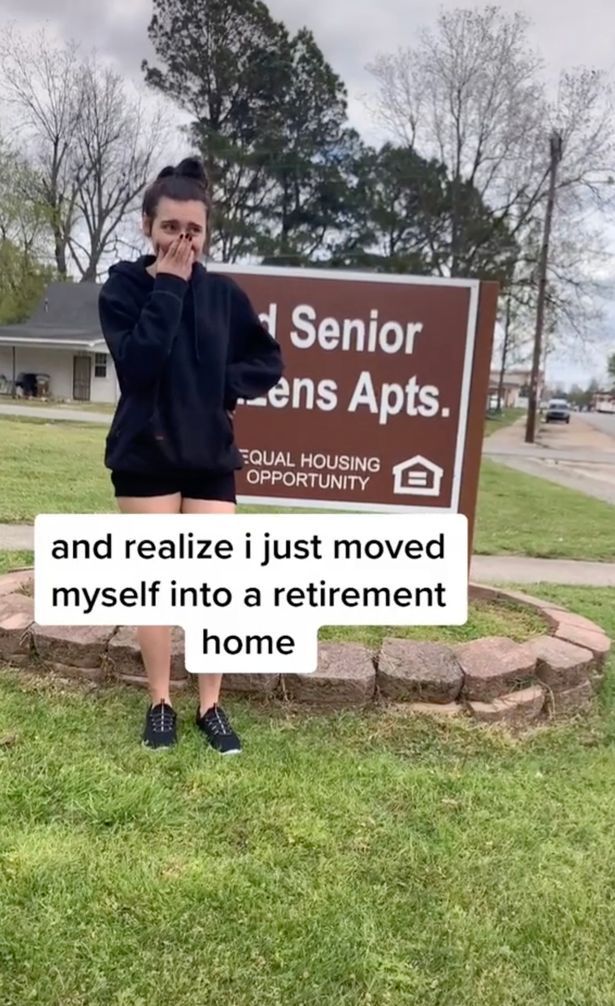 She moved in days later and was surprised to find that most of her neighbors were over 65 years of age. Only the realization dawned on her a week after moving in when she noticed the retirement home sign outside her building.

“The first week of moving here was crazy!” Kohout told Newsweek. “I was busy with finding a job and setting up my apartment, I didn’t even notice! I thought it was a bit weird that all of my neighbours were significantly older than me.”

Teenager joked about the blunder in a viral TikTok video posted on April 17 that showed her laughing in front of a “Senior Citizens Apartments” sign with the caption: “Me getting ready to move to an apartment out of state that I’ve never seen in person. And I realize I just moved myself into a retirement home.”

The video has gone viral and had been viewed more than a million times with Kohout sharing her life and what it is really like to be the youngest resident of the community. In one of her videos, the girl jokes that her story can a perfect plot for a sitcom. 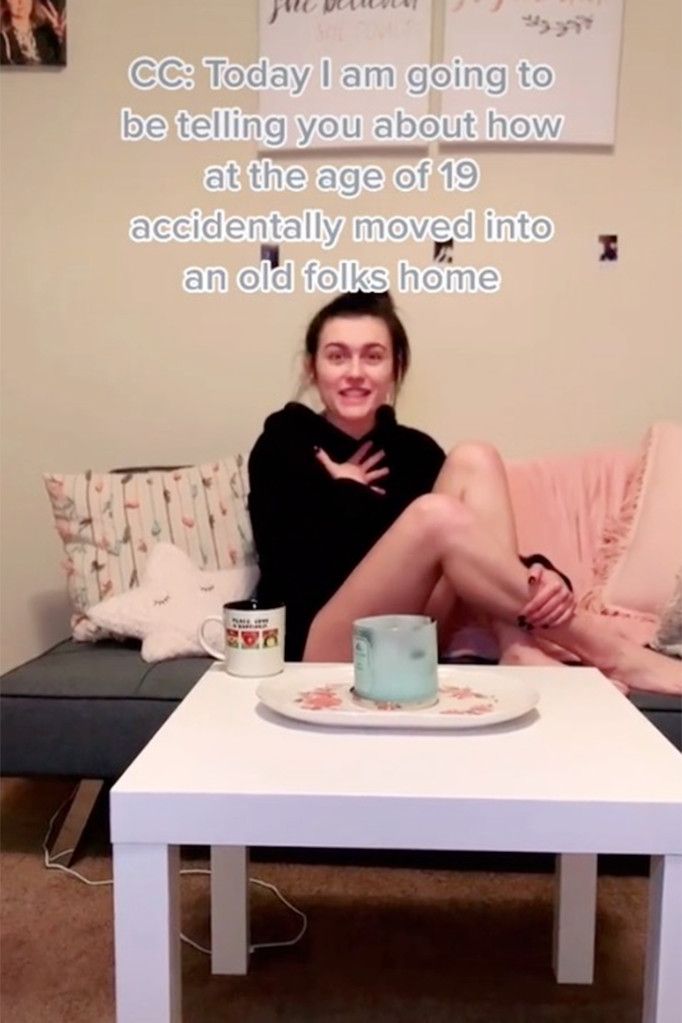 Kohout shares the perks of living in a senior community as she points out in one video that her home is “always super quiet” because her neighbours are usually asleep by the time she gets home.

“But one major perk is that I can play music whenever I want to, because some of them can’t hear,” she added.

“Another fun thing is, whenever I get to come home after a long day, everyone asks me how I’m doing,” she said. 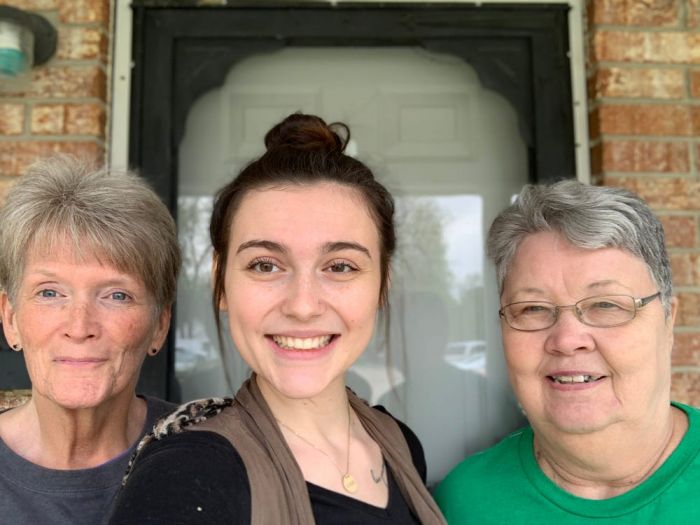 At the end of the video, she joked, “And just remember, if you’re struggling with rent, start your early retirement!”

Clearing any misunderstanding, Kohout told Newsweek that the while the apartments are designed for seniors, they “are equal opportunity housing, meaning they do not discriminate based on age.” 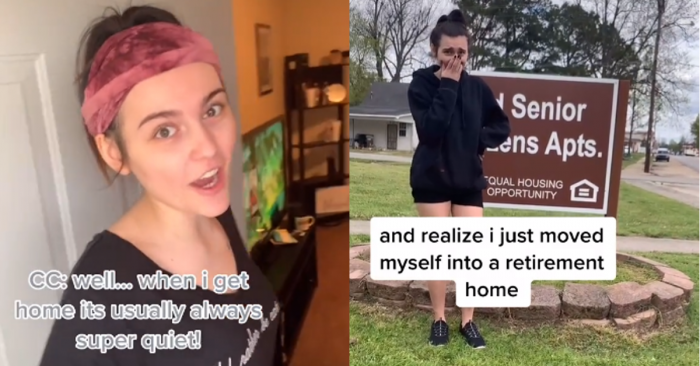