The standards of beauty set up by these bullies shows their level of thinking. These so-called perfectionists believe that a person who is thin like a matchstick has the perfect body or those who have flawless skin are the most beautiful and the list goes on and on. These insecure people have no sense of a healthy body and their bashing is also not limited to a specific gender. Do they even realize the effect their hateful words are having on the person targetted? In the past, a number of celebrities have committed suicide or have battled depression because of these hateful comments. We wonder if these so-called perfectionists ever look at themselves in the mirror, maybe they do that's why they post such spiteful comments from behind the screens because they don't have enough guts to face their own insecurities. 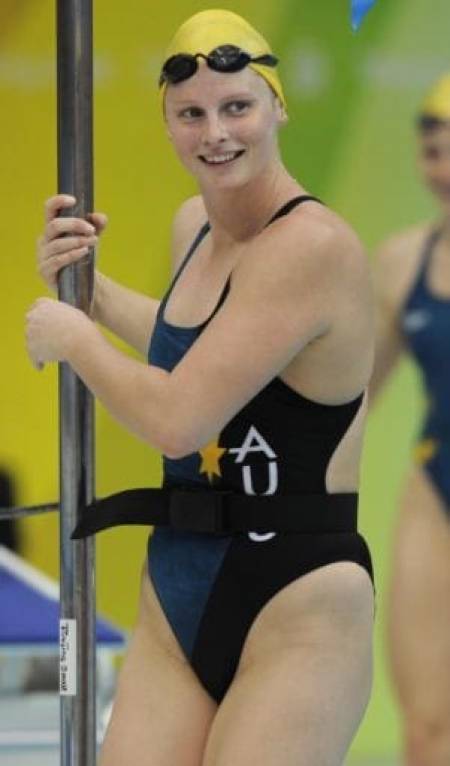 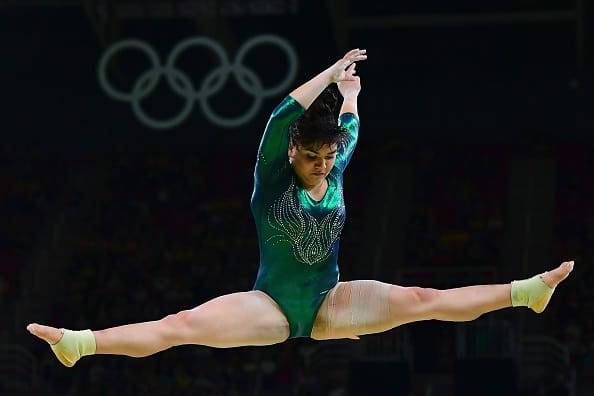 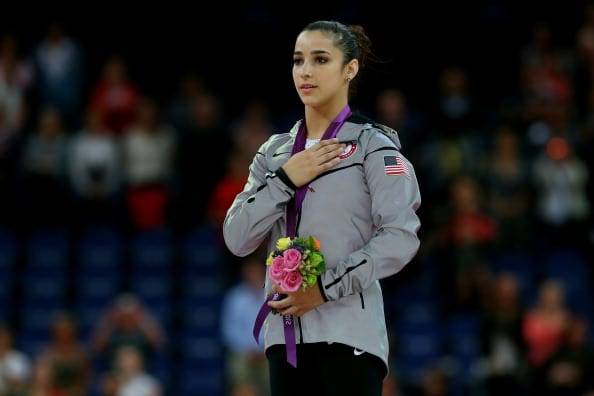 #5 Simon Biles Was Called Fat By Her Coach

The famous Olympic athlete and the author of a number of books, "Courage to Soar: A Body in Motion," "A Life in Balance," revealed in one of her books she was told by her coach that she is too fat that's why she lost the game. "You know why she crashed?" she revealed, quoting what her former coach said about her, "Because she’s too fat—that’s why. How does she expect to compete like that?" 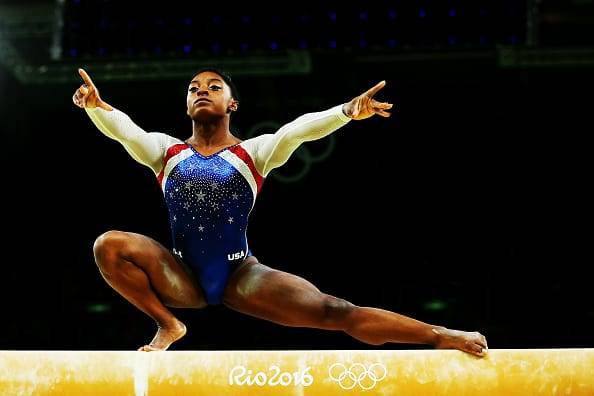 Biles won 2016 Olympic individual all-around, vault and floor gold medalist, and balance beam bronze medalist but instead of appreciating her achievements the young athlete was trolled on Instagram and was told that apparently, her body is "box-shaped" and that she has "no neck," also she was told she does not perfect hair. Reading such vile comments, how much more low a person can stoop to make people feel bad about their bodies.

#6 Gabby Douglas Shamed For Not Having "Beautiful Hair"

During 2012 Summer Olympic Games, Gabby Douglas was trolled by the bullies for not having perfect hair and was told that she does not have a perfect ponytail and has applied too much gel in her hair. Douglas, however, was having none of it and sassily replied to the trolls, saying, "Really?! I won two gold medals and made history and my hair are trending?"

#7 Sarah Robles, A Weightlifter Was Viciously Called Out On Her Gender By Transphobes

Sarah Robles, also known as the first weightlifter in the history of US who was able to win a gold medal in weightlifting in 16 years, Robles revealed she was called "It" by the trolls. The medal winner wrote a heartbreaking note on Instagram in which she asked a simple question that what her profession has to do with gender and why is she mocked over it, "I don't really get what gender has to do with a lot of things in my posts anyway but, that's beside the point. I've competed against a trans athlete and I have a couple of trans friends myself. I've been told that the 'GOLDEN RULE' isn't necessarily to treat others the way you want to be treated but, instead, 'to treat others the way they want to be treated.' That's how I live my life in regards to how I interact with other people even if their beliefs or behaviors differ from my own. Human beings, regardless of how they feel on the inside or look on the outside, should be treated with kindness and respect." 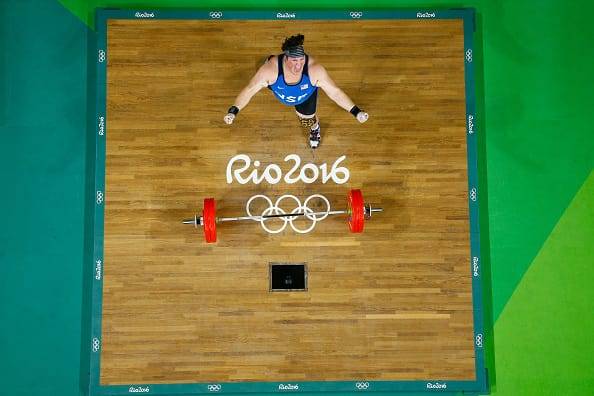 #8 Michelle Carter Shamed For Not Having The Perfect Athlete Body

Carter was told by bullies that she looks like a man. The gold medalist told to a magazine, "I've been a bigger girl all my life. So if you're not one of the folks who expect all athletes to look like linebackers, you might be someone who assumes that all athletes come equipped with a six-pack and visible muscles everywhere. Sure, that works. But my body works too." 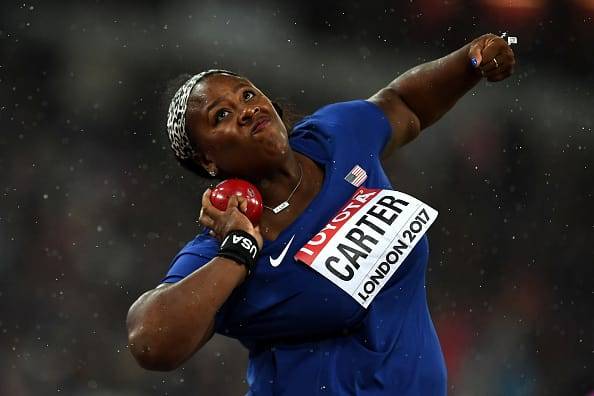 #9 Cara Winger Body-Shamed By Her Ex

In an interview Winger opened up about her struggles with her looks and her journey of accepting her body, talking about her loser ex-boyfriend, she revealed, "He wasn't into girls that were bigger than [her]. I used to spend time wishing my limbs were skinnier or I had a firmer behind. But in the past few years, I’ve really honed in on how good my body feels when I’m in great competition shape." 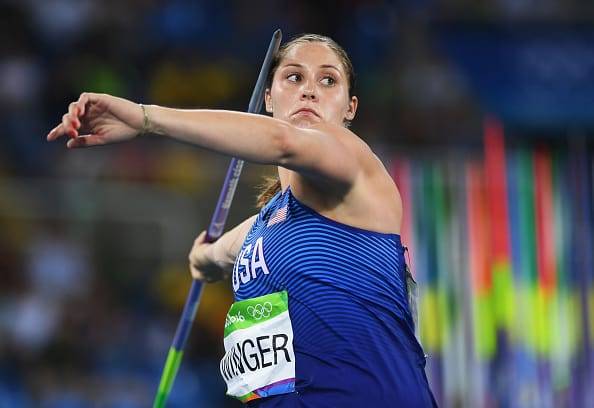 Amanda Bigson was listed in the ESPN'S "Bodies We Want," but following her photo shoot the Internet went wild and was not able to accept Bigson's unideal body with a cellulite. She said on ESPN, "But everybody wants to fit that skinny, ideal picture that we see on billboards all the time, and people would always remind me that that wasn't me. So you just grow a thick skin. Like I said, I'll still whip your ass if we ever got into a fight." 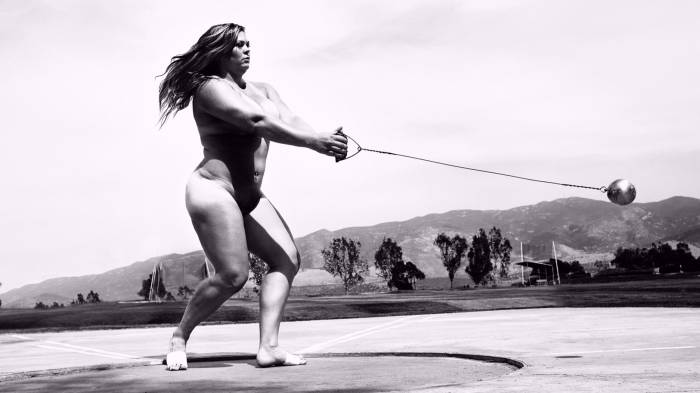