One In Thirty People Poo While In Shower, New Study Finds

Posted by Sama in Bizarre On 17th February 2020
ADVERTISEMENT

#1 Bathroom is a very private place

The bathroom is supposed to be a private place. What one does in the bathroom is very personal and it should be of no one's concern.

It is also considered a safe place for many. Especially for those who like to do their thinking in the bathroom. Many like to close themselves in the bathroom when needed some "me" time and then there are those who take bathrooms as their performance stage. While taking shower they like to sing out loud and even have self conversations.

#2 Details from the recent survey will leave you cringing

We all think we have some pretty decent bathroom habits. But a recent survey by QS Supplies has revealed some disgusting bathroom habits adopted by many and these are enough to make you feel cringed. 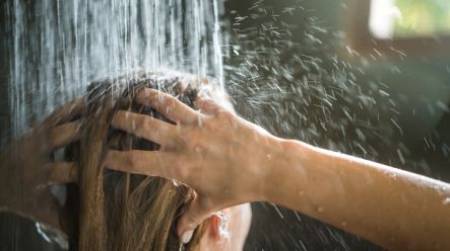 #3 Not the response you expected

QS Supplies spoke to more than 1,000 Brits and Americans and quizzed them about what they do in the bathroom, and why. Let us warn you beforehand, it's not a very hygienic answer.

Some facts that have emerged from statistics, for example, 53% of people wash fewer than seven times per week, meaning they regularly go 24 hours without washing. Also, 20% of Brits and 22% of Americans said they’re actively washing less frequently than they otherwise would help reduce their environmental impact.