Posted by Sughra Hafeez in History On 25th July 2017
advertisement

Onions are a staple of many diets around the world. Whether you’re sautéing them, chopping them up in a salad, or deep frying them for onion rings, onions can be eaten in practically any way!

The popularity of onions is actually nothing new, either. In fact, they’ve been a pivotal aspect of people’s diets throughout cultures the world over for millennia.

History shows us that onions aren’t just good for eating, though. In fact, some of their uses are absolutely shocking! 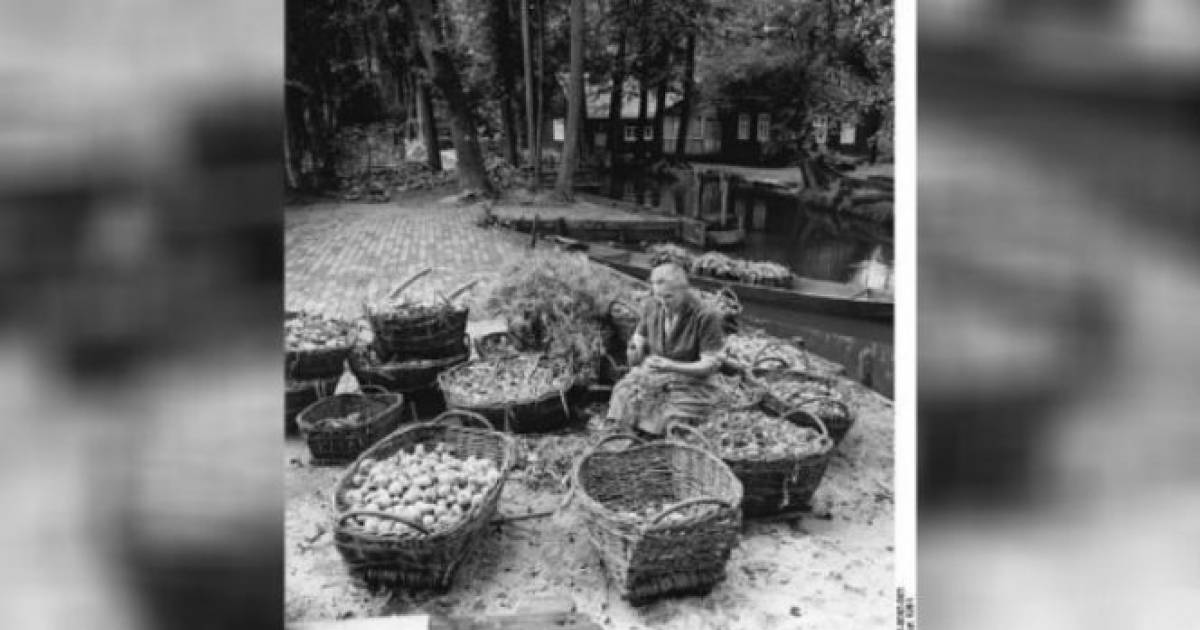 "Onions are super-healthy," said Victoria Jarzabkowski, a nutritionist with the Fitness Institute of Texas at the University of Texas at Austin. "They are excellent sources of vitamin C, sulphuric compounds, flavonoids, and phytochemicals." 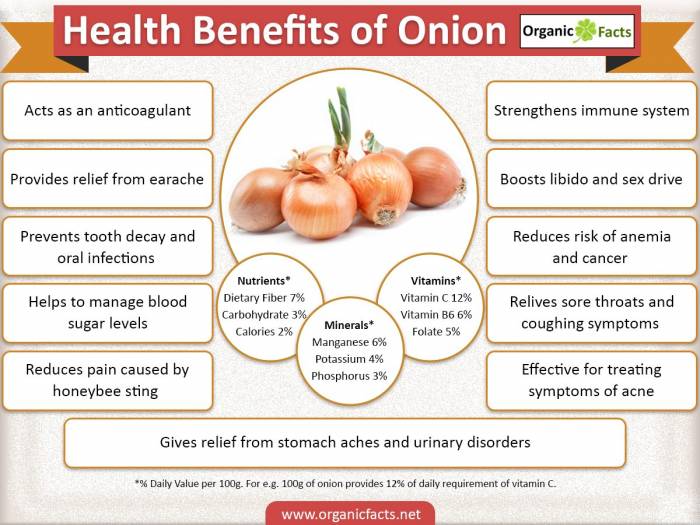 Phytochemicals, or phytonutrients, are naturally occurring compounds in fruits and vegetables that are able to react with the human body to trigger healthy reactions. Flavonoids are responsible for pigments in many fruits and vegetables. Studies have shown that they may help reduce the risk of Parkinson's disease, cardiovascular disease, and stroke.

A particularly valuable flavonoid in onions is quercetin, which acts as an antioxidant that may be linked to preventing cancer. “It also might have heart health benefits, though more studies need to be done,” said Angela Lemond, a Plano, Texas-based registered dietitian nutritionist and spokesperson for the Academy of Nutrition and Dietetics. 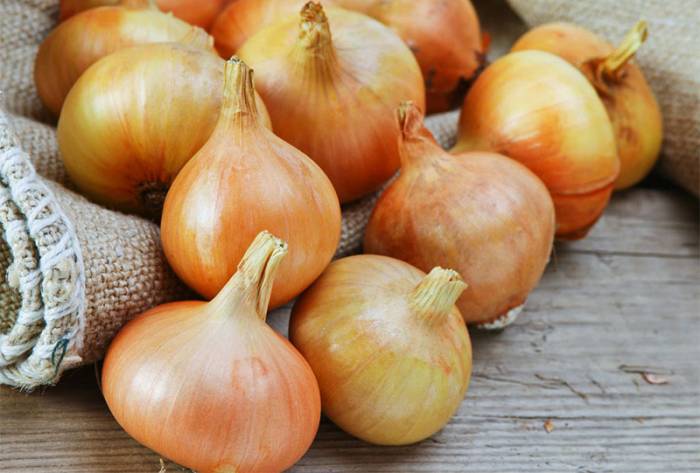 Partly because of their use in cooking around the world, onions are among the most significant sources of antioxidants in the human diet, according to a 2002 report in the journal Phytotherapy Research. Their high levels of antioxidants give onions their distinctive sweetness and aroma.

“Foods that are high in antioxidants and amino acids allow your body to function optimally,” said Lemond. “Antioxidants help prevent damage and cancer. Amino acids are the basic building block for protein, and protein is used in virtually every vital function in the body.” 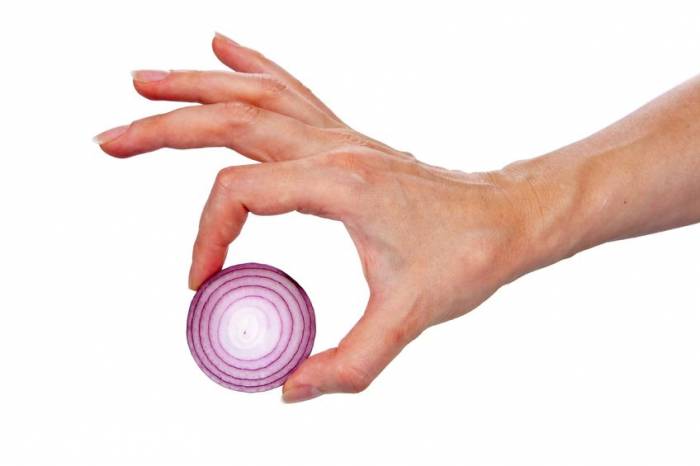 Onions are healthy whether they're raw or cooked, though raw onions have higher levels of organic sulfur compounds that provide many benefits, according to the BBC. A 2005 study in the Journal of Agricultural and Food Chemistry found that there is a high concentration of flavonoids in the outer layers of onion flesh, so you'll want to be careful to remove as little of the edible part of the onion as possible when peeling it. 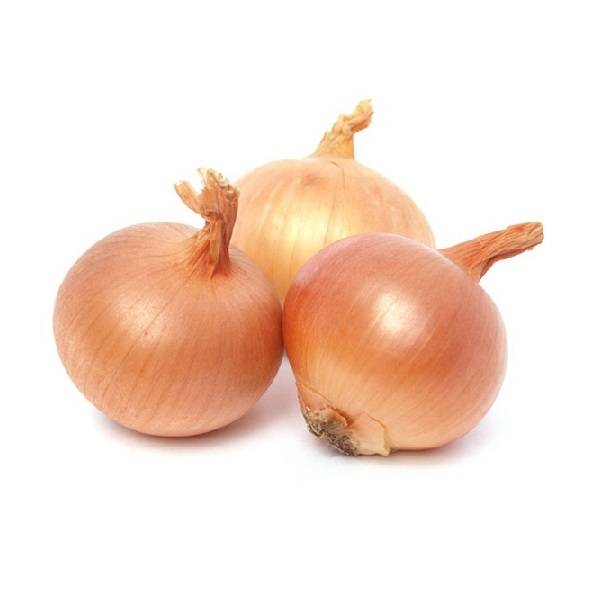 Most researchers agree the onion has been cultivated for 5000 years or more. Since onions grew wild in various regions, they were probably consumed for thousands of years and domesticated simultaneously all over the world. Onions may be one of the earliest cultivated crops because they were less perishable than other foods of the time, were transportable, were easy to grow, and could be grown in a variety of soils and climates. In addition, the onion was useful for sustaining human life. Onions prevented thirst and could be dried and preserved for later consumption when food might be scarce. While the place and time of the onion's origin is still a mystery, many documents from very early times describe its importance as a food and its use in art, medicine, and mummification. 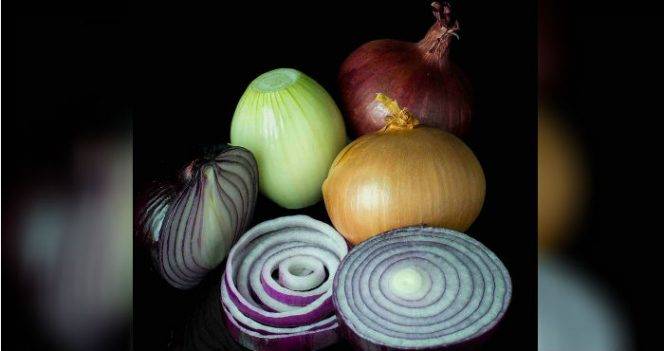 #7 Onions grew in Chinese gardens as early as 5000 years ago and they are referenced in some of the oldest Vedic writings from India.

Some scientists believe that onion was first domesticated in central Asia and others in the Middle East by Babylonian culture in Iran and West Pakistan. Those are of course based on ancient remnants of food cultivation that survived the tooth of time, but many believe that organized cultivation started much earlier, thousands of years before writing and sophisticated tools were created.

#7 There’s also archaeological evidence of onion farming that dates back to 3000 B.C.E in ancient Egypt.

Not only were onions a staple of the ancient Egyptian diet (they were supposedly fed to the builders of the pyramids, along with radishes), but they were used as symbols of worship! 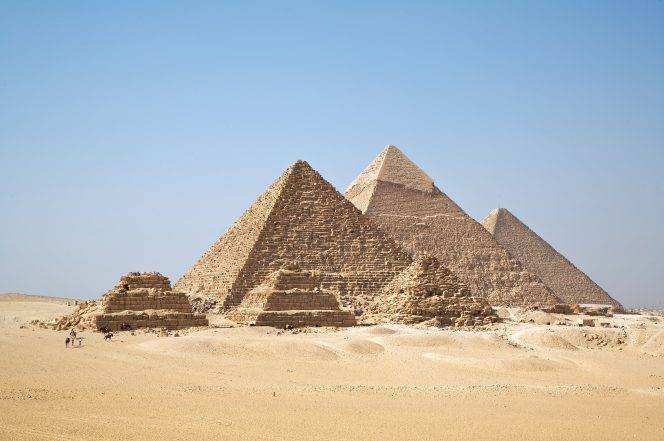 Onions represented the symbols of eternal life, they worshiped the vegetable. In fact, traces of onions were found in Ramesses IV’s eye sockets, which would mean that they were used in burial ceremonies!

Egyptians painted onions on the walls of their structures, pyramids, tombs, and were present in both ordinary meals, celebratory feasts, and offerings to the gods. Onions were also an important part of the famous Egyptian mummification process. 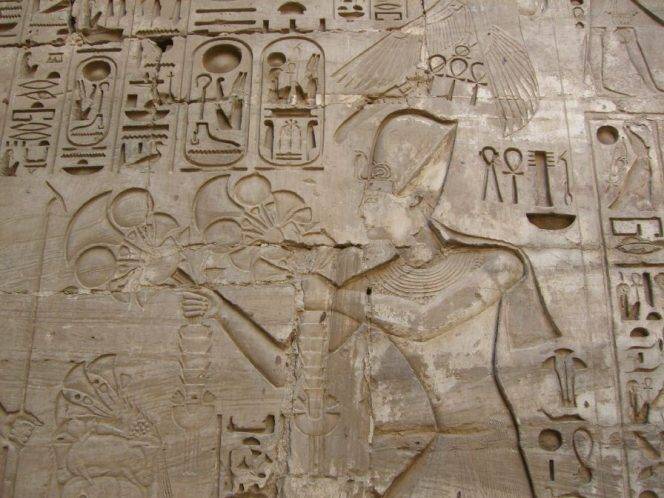 #9 The ancient Greeks, meanwhile, were more interested in the nutritional benefits of onions.

Indian medical treatise Charaka Sanhita as one of the most important remedies for various heart, joint, digestion illnesses, and used heavily in Ancient Greece not only by physicians, but also by soldiers and athletes who believed onions gave them strength from gods (they consumed it raw, cooked, as juice and as rubbing oil). The bulbs were believed to lighten the blood’s “balance,” so athletes ate plenty of them. Roman gladiators also rubbed their skin in onions to make their muscles more firm.

#10 The cultural value of onions persisted far beyond ancient times.

Romans also consumed large quantities of onion, taking it wherever they went, from Italy to Spain, Balkans, the majority of Central Europe, and England. Excavations of destroyed city of Pompey which was overflowed by lava from Vesuvius revealed to the modern scientist complex network of onion production that was described beforehand in the writing of many Roman historians.During the middle ages in Europe, people prized the vegetable so much that onion bulbs were frequently used to pay rent. They were also often used as gifts! 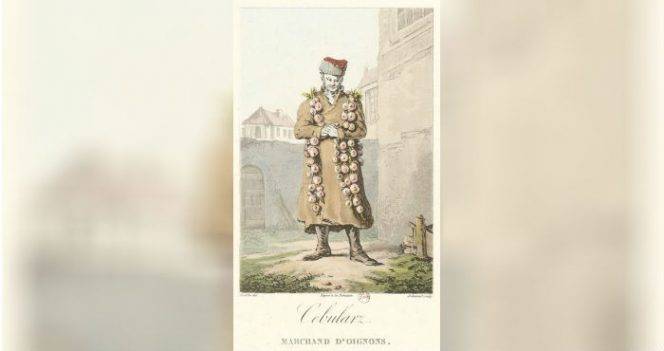 #11 After the fall of the Roman Empire,

Europe entered into Dark and Middle Ages the main sources of food for entire population were beans, cabbage, and onions. During that time, the onion was heavily used as both food and medicinal remedy and was often more valuable than money. 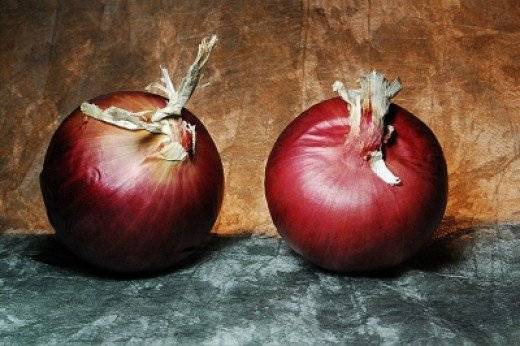 #13 During the 16th century, it was common for doctors to prescribe onions to women as medication to help treat infertility.

Just as people would regularly give onions to infertile animals at the time. That method might not fly today… 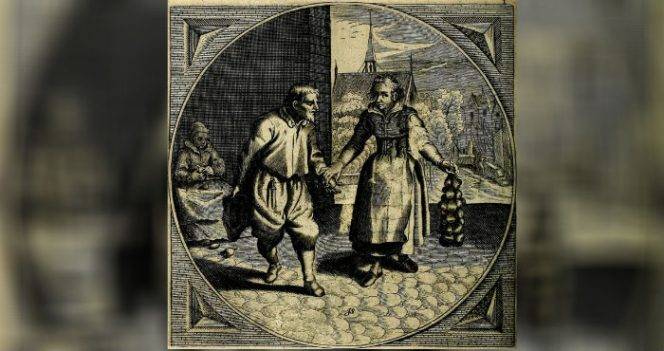 #14 Different ways to use wild onions

Pre-Colombian Native Americans had plenty of different ways to use wild onions for many generations before the arrival of the European explorers, including dye preparation, syrup making, and poultice forming. 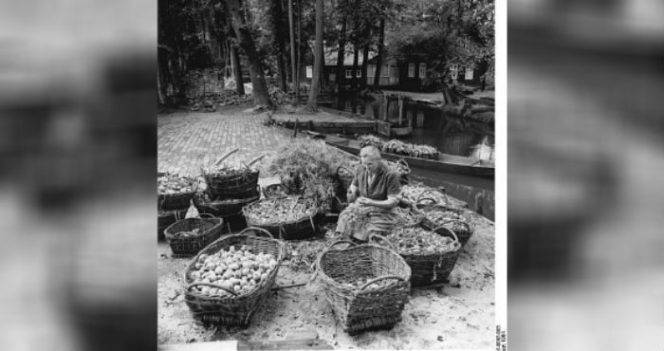 #15 Cultivated onions, however, were not present in North America until the early European settlers brought them over.

According to the diaries that colonists left, onions were among the first things that the pilgrim settlers planted. 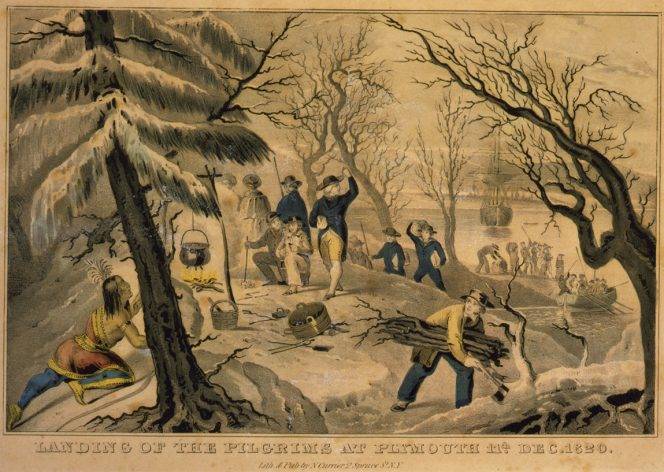 Today, we may not use onions for worship, infertility, or to pay our rent (good luck trying that), but they’re still popular and nutritious food items that are extremely common ingredients in delicious recipes around the world. 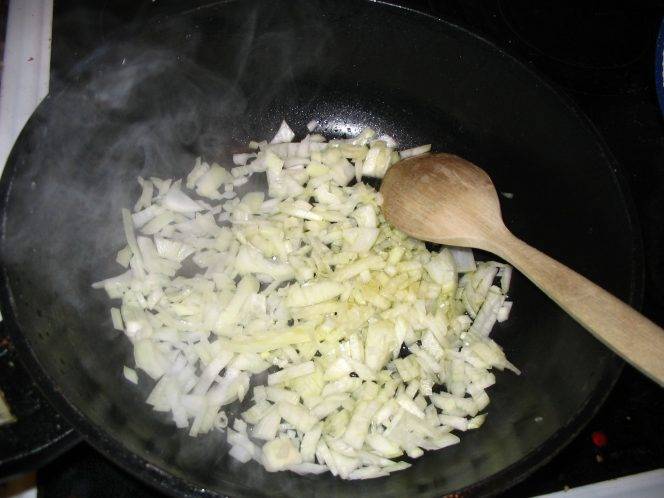