Posted by Abdul Rafay in Bizarre On 21st June 2021
ADVERTISEMENT

An OnlyFans creator has uploaded a video of an embarrassing encounter with a neighbor, who she claims mistook her for 'watching a movie when they knocked on the door and asked her to turn down the sound. TikTok user Railey Diesel (@raileydzz) posted a video that shows her answering the door to a neighbor, who supposedly seemed 'very nervous' as he respectfully begged her to turn the TV down as he and his family had lunch.

An X-rated content creator on OnlyFans has revealed the embarrassing moment her neighbor came over as she was filming new content.

Before the man came around to address the situation, her neighbors' kids were curious about what she'd been watching, according to her post.

"OMG they thought I was watching a movie," Diesel, 31, said in the caption. 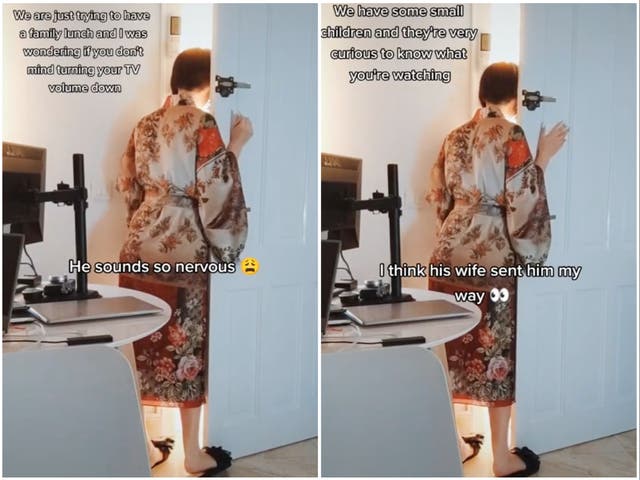 When the doorbell rang, she stated that she was in the middle of making an OnlyFans video.

Diesel ties her robe shut before walking to answer the door and says gently, "Hi," in the video.

"Hello, I'm your neighbor from just around the corner," the neighbor, who can't be seen behind the half-closed door, says. 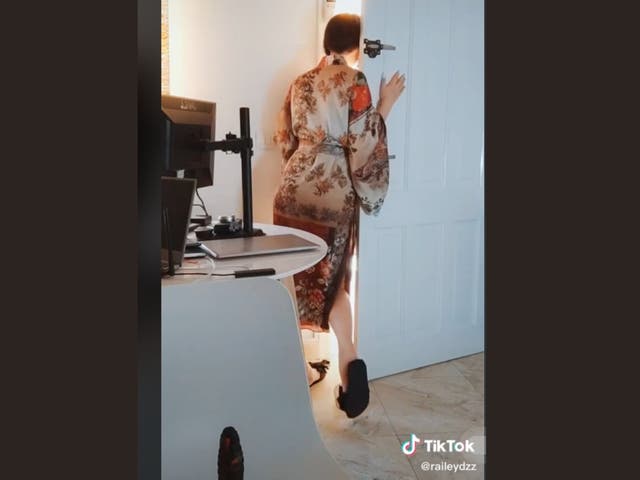 "We are just trying to have a family lunch and I was wondering if you don't mind turning your TV down, or shutting your window."

The neighbor continues: "We have some small children and they're very curious to know what you're watching." 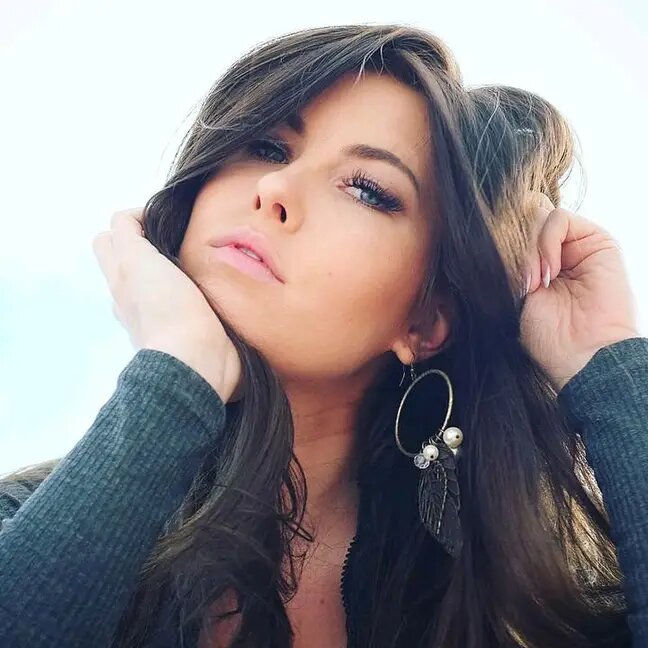 Diesel apologizes again and says: "I didn't realize that I had a window opened."

As her neighbor thanks her, she concludes their meeting by saying: "Nice to meet you."

Diesel, who said the neighbor's wife had sent him her way, then shuts the door and hides her face in her hands in shock.

Her video has received 1.4 million likes and 11 million views since its release.

Many individuals commented on the post, calling the exchange "embarrassing."

One wrote: "What a way to meet your neighbor... Glad it was settled though."

Another said: "Naaahhhh they knew exactly what you were doing. They were just trying to be discreet."

A third wrote: "I'm dying of embarrassing [sic] and I had nothing to do with this."

OMG they thought I was watching a 'movie' 😭😂

♬ Send Me on My Way - Guy Meets Girl

Another joked: "You weren't watching a movie, you were making one."

Some users questioned whether the awkward situation was real, with one woman stating she had previously shared similar videos involving a 'neighbor.'

Others remarked on the odd placement of the camera, which had been aimed at the door, while one simply wrote, "Staged."