Posted by Sama in Feel Good On 24th June 2022
advertisement

Kevin Ford was left really disappointed after finding that the gift he received in response to his perfect 27 years of service was a mere goody bag. Taking to the social media, the Burger King employee shared that he is in no way being ungrateful about this but he was expecting a little more appreciation from his employers. 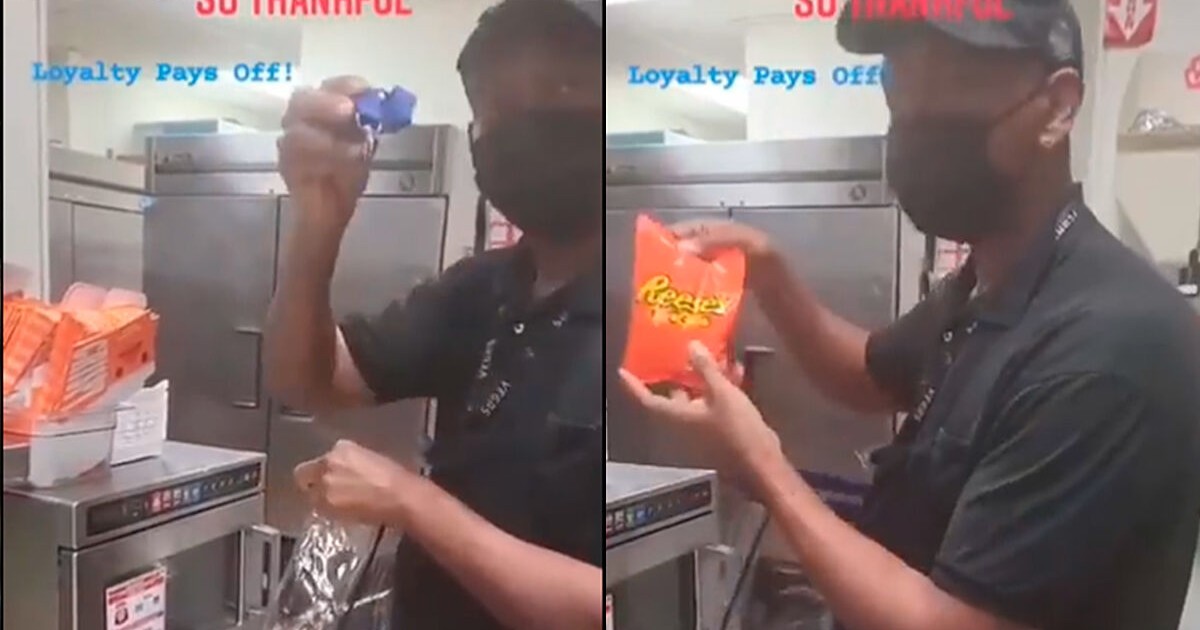 This Burger King employee went viral a few days back after he shared a disappointing 'goody bag' that he received in response to his 27 years of loyal service to the company.

His heartwarming story touched many hearts.

People were so moved by the fast-food worker that they have now donated over $50,000 to a GoFundMe set up in his honor. (As of this writing, the total stands at $56,721.) 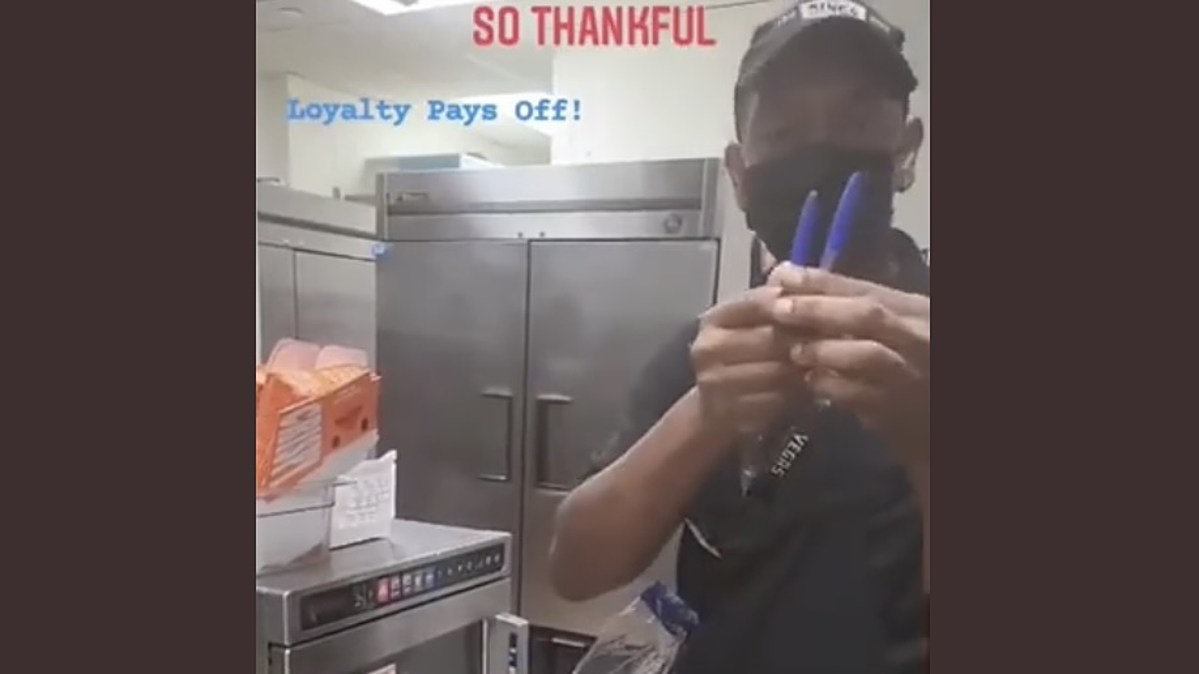 The whole story started with the 54-year Kevin Ford, who works as a cook and a cashier at the Burger King in a Las Vegas airport - receiving a humble goody bag for what he claims to be for working 27 years without missing a shift.

But when Kevin opened the bag he was left deeply disappointed to find that it contained a bag of Reese's, a Starbucks reusable cup, two pens, and one movie ticket. 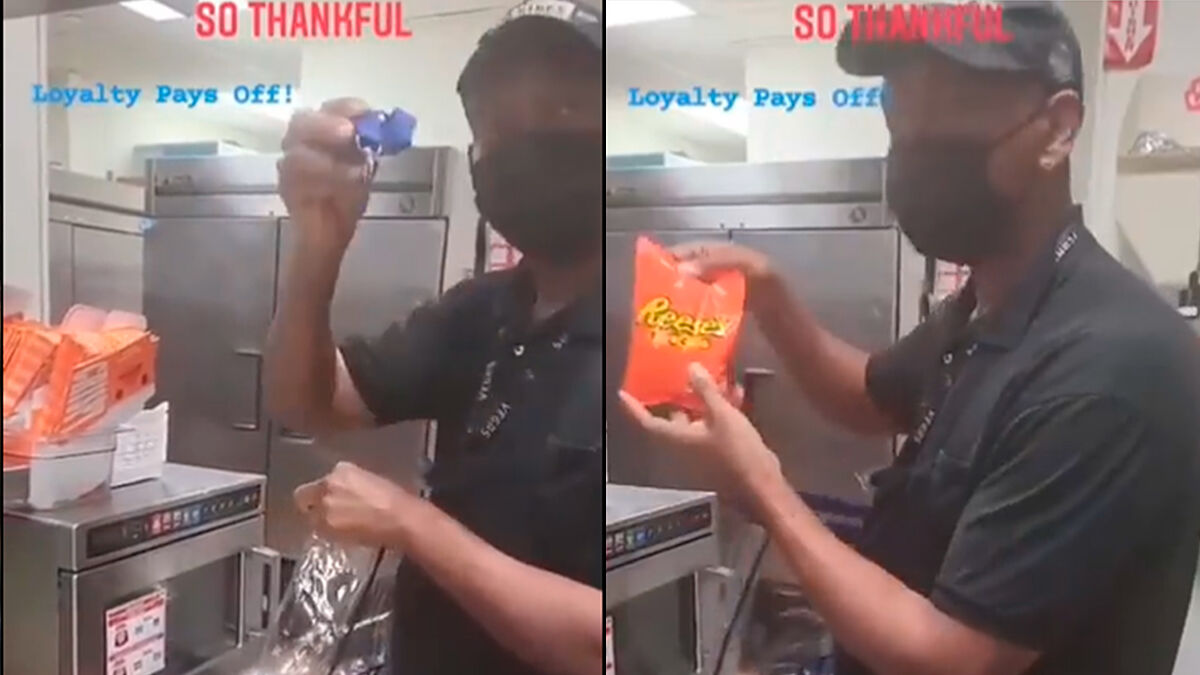 Ford shared a video of the moment on social media which quickly went viral. In an interview with TMZ, he explained that - even though the gift wasn't what he was expecting - he's still grateful for the gesture.

"I'm happy about anything, I'm thankful for anything I get, I'm not that type of person, believe me. I've been through a lot," he said, adding: "It's a great company, you know, I've been there 27 years."

Burger King employee trends after video shows that he was gifted a goodie bag for his 27 years of work dedicated to the company pic.twitter.com/MLJiW21yKE

"But, like most big corporations, they've kind of lost touch with their workers, and through Covid and whatever, they started cutting out programs," he continued.

As his video went viral, Ford's daughter, Seryna, set up a GoFundMe page on his behalf. In the fundraiser's description, she explained that he had started working the job when he was a single father to her and her sister.

"My dad continues to work here, because though he does look young, he is coming up on retirement age and leaving would cost him his retirement," she wrote, adding: "In no way are we asking for money or is he expecting any money but if anyone feels like blessing him he would love to visit his grandchildren." 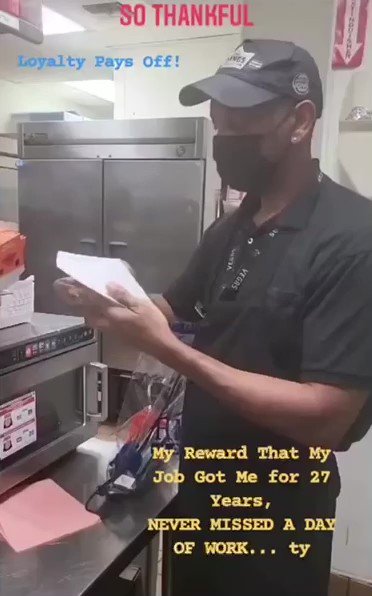 The fundraiser was launched earlier this week and has been a huge success smashing the original $40,ooo target and Seryna's increased $50,000 target!

The fundraiser even attracted some celebrity attention from actor and comedian David Spade, who contributed $5,000 to the cause.

A spokesperson for Burger King has since responded to the success of Ford's video, explaining: "This video depicts a Team Member in receipt of a peer-to-peer reward in recognition of a short-term positive performance/experience."

"The franchisee offers its Team Members a robust employee recognition program, which includes the recognition of tenure milestones and monetary awards," they added per TMZ. 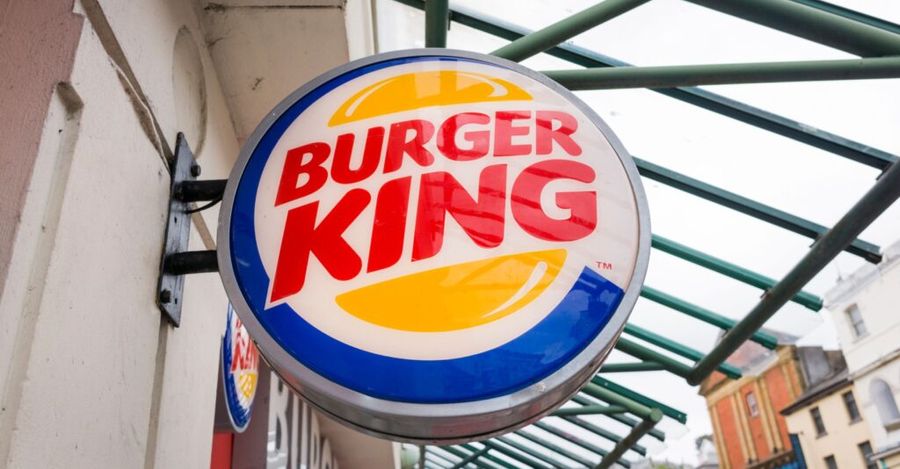