Posted by Sama in Bizarre On 28th March 2021
ADVERTISEMENT

Gruesome video shows bodybuilder Ryan Crowley's muscle giving in during a weightlifting session. The video has now gone viral and before you proceed, we warn you about graphic content! 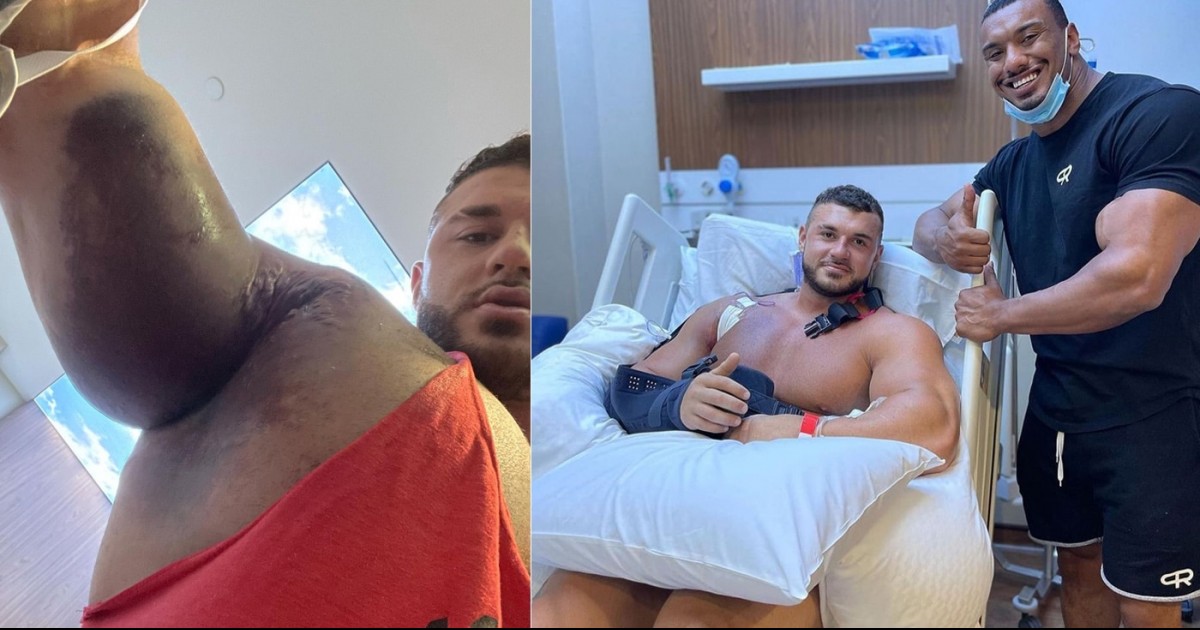 An extremely painful video shows Bodybuilder Ryan Crowley tore his chest muscle off the bone in a shocking weightlifting accident.

The video has now gone viral. 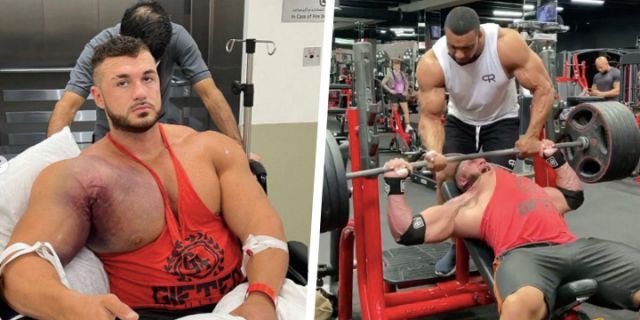 As the video goes on, and Ryan is seen lifting weights, one side of his chest can be seen giving in as he lifts the barbell loaded with heavy on an incline bench press. 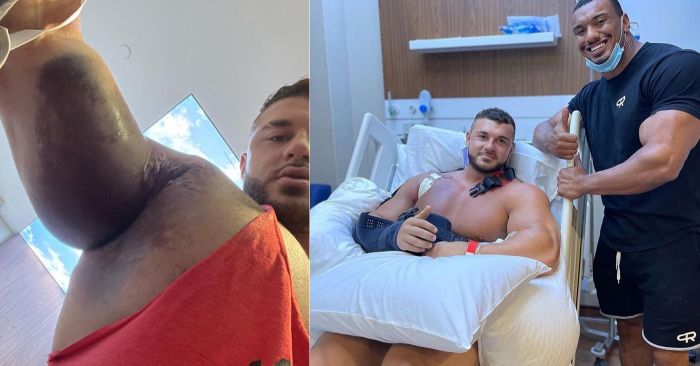 The video was posted by powerlifter and bodybuilder Larry Wheels, who later also shared an updated picture with Ryan after surgery in a Dubai hospital.

“Surgery was a success!” wrote Wheels, who organized a GoFundMe for Crowley to offset the cost.

“Thankyou so much brother for everything!!,” Crowley wrote in the comments. “Thank you so much to everyone for the support and donations, it means the world to me.”

Crowley, who’s U.K.-based, wrote on Instagram that he tore his “pec tendon off the bone.” He said Wednesday that he’s been discharged, but faces a long recovery.

“It’s been extremely devastating, painful and very mentally and physically impossible, but I’m keeping as strong and positive as I can,” he wrote on Instagram.

“I’m still in a lot of pain right now, my whole body is swollen from my toes to my hands, my stomach is extremely bloated and literally has a sack of fluid and inflammation, which literally wobbles as I move.”

He hopes to “get back on the bodybuilding stage.”