Posted by Sama in News On 3rd September 2021
ADVERTISEMENT

These paramedics faced a lot of harsh and mean comments after they posted a short video of them dancing in the ambulance. People were quick to jump to conclusions and called them out for being unprofessional and not doing their job properly. However, few sensible people came to their defense and made it a point that the law entitles them to have work breaks and at the end of the day they are humans too. 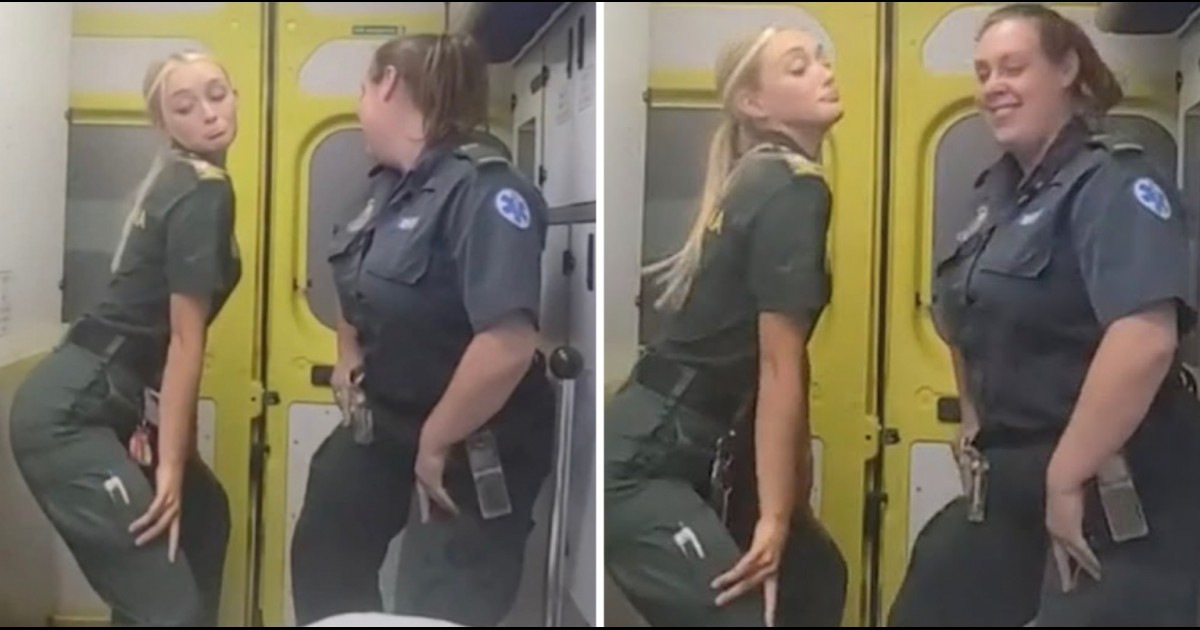 Two British paramedics are facing heavy criticism from the public after a video of them dancing in the ambulance goes viral.

Rhianna Higgins, 25, and one of her colleagues decided to do a little fun dance and record a TikTok video at the back of an ambulance on Justin Beiber's song Baby however, the video was not well received by the public and people lashed out at the duo for dancing and having fun when they could be going out and rushing to save lives. 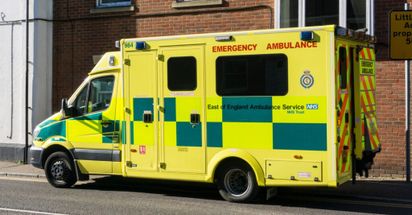 People also criticized the duo for being unprofessional.

The clip was captioned: "Little boogie on break" alongside the hashtags #999, #emergency, and #uniform. 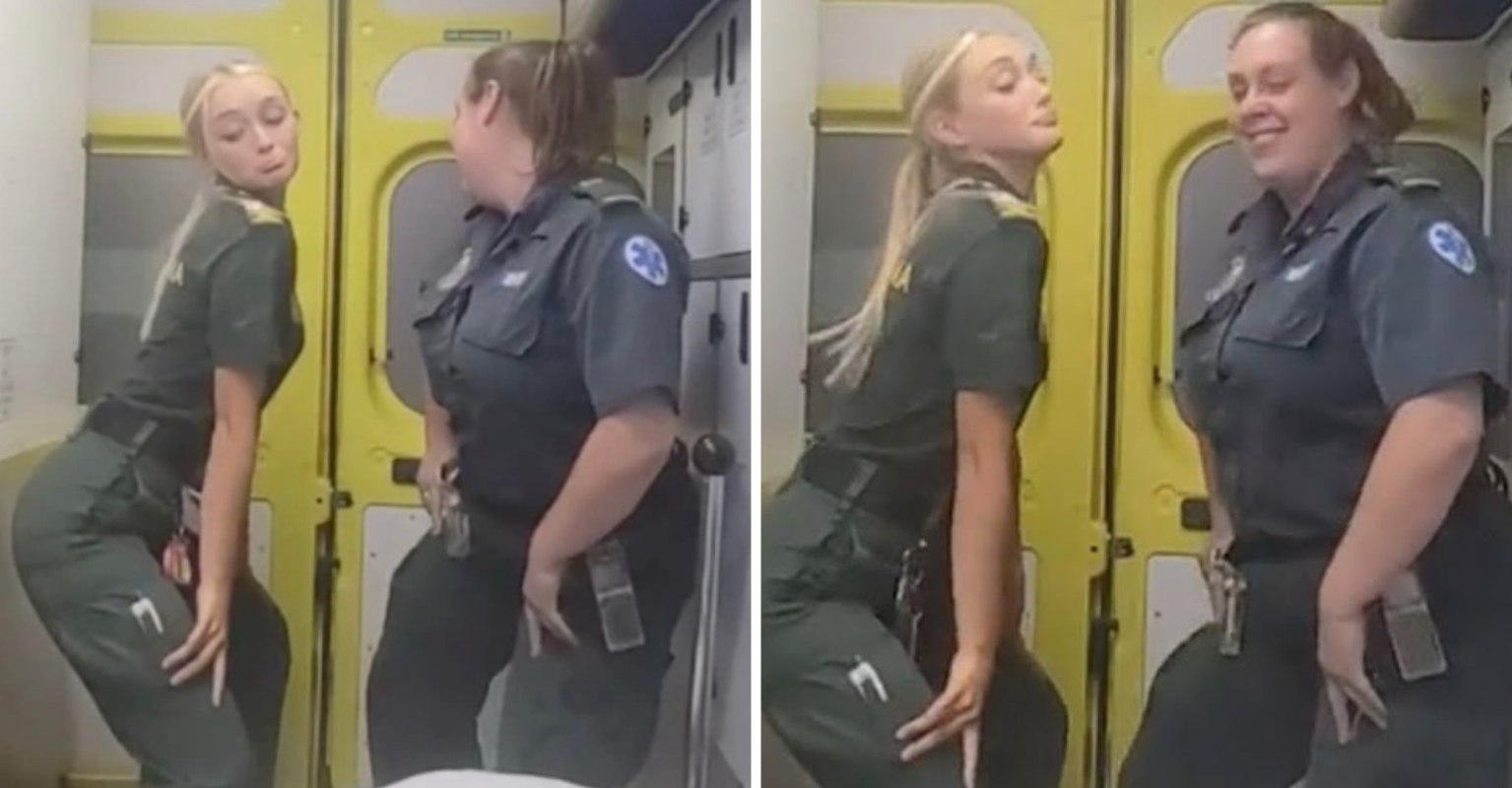 Higgins' mom later told The Sun: "It is stupid the dramas this has caused. It has been blown out of all proportion."

One TikTok user wrote: "Not professional. Do this on your own time out of uniform. You are on the firm's time in uniform no ifs buts or maybes [sic]." 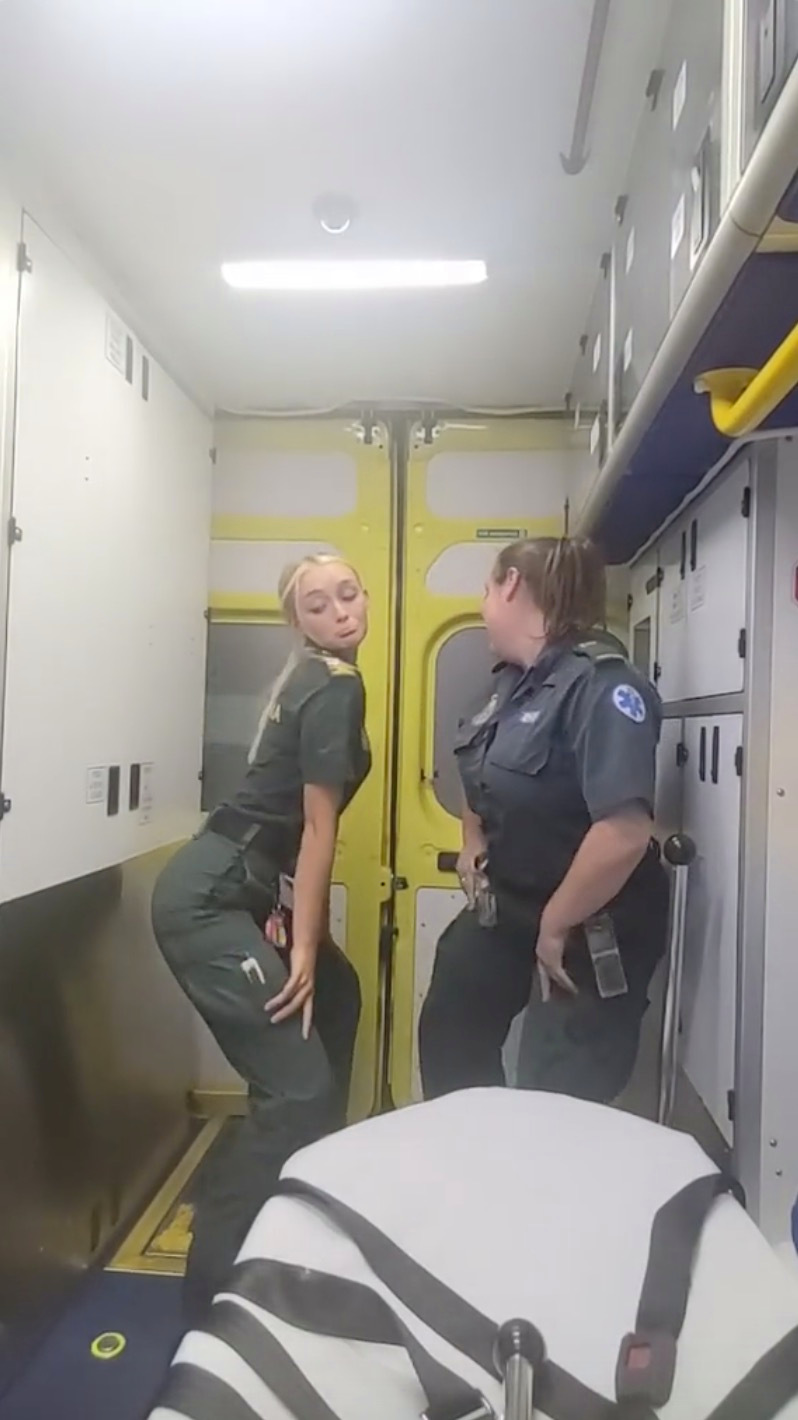 A second wrote: "My uncle was pouring out bleeding after being sent home from a surgery, and told it would be 6hours for an ambulance!! 6hrs!! [sic]"

A third added: "This is why ambulances take so long to respond." 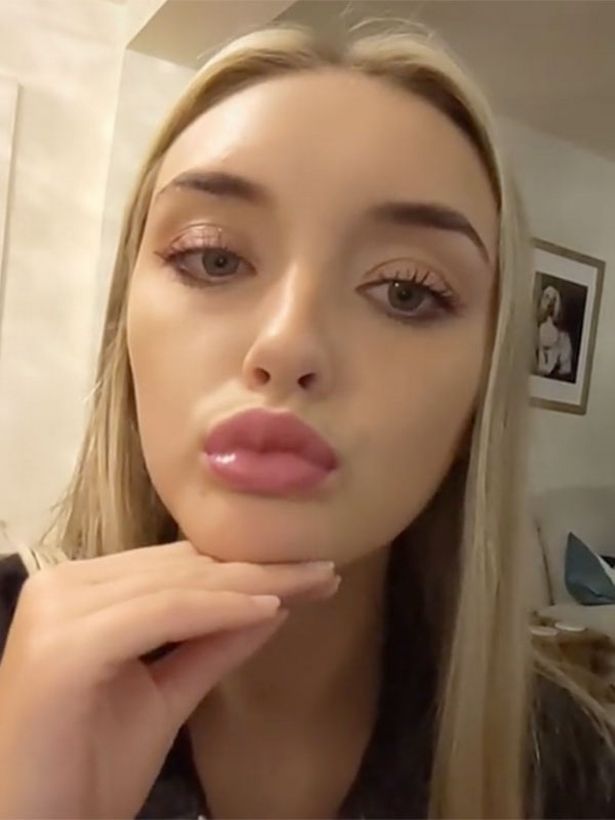 Gladly there were few sensible people who took the women's side and pointed out that they were on a break when they filmed the video.

One wrote: "Genuinely shocked at the negative comments on here. Paramedics are human beings at the end of the day." 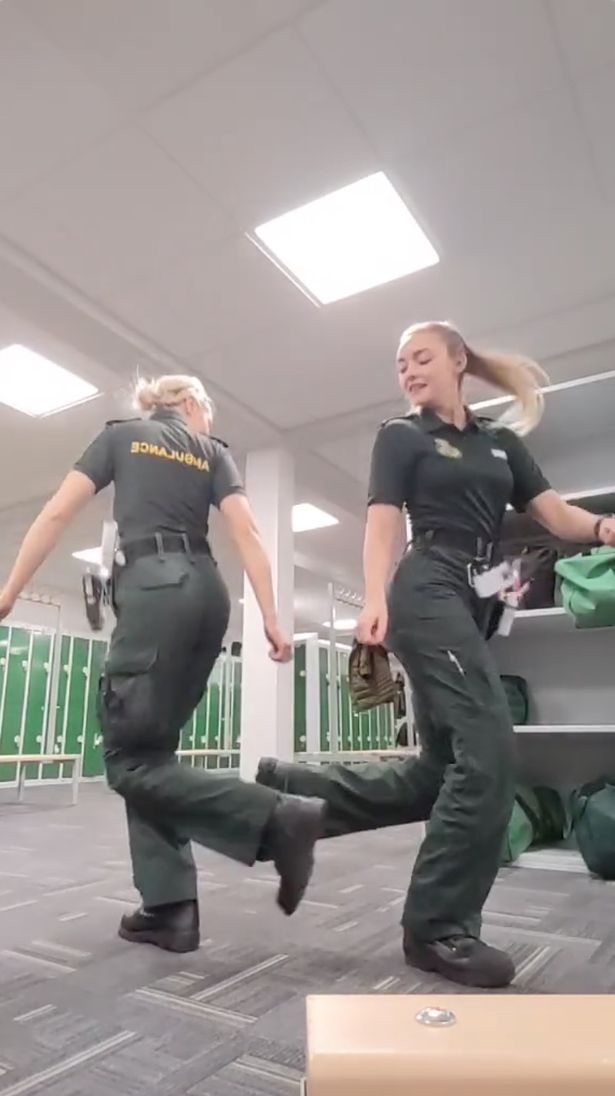 A second wrote: "[They're] on a break, can't fault them. 8 minutes to get to my dad and saved his life 8 times over. massive respect to ambulance services! [sic]"

A third added: "Remember last year when we were clapping for the NHS? The comment section seems to have forgotten. Even before the pandemic these ppl are heroes [sic]." 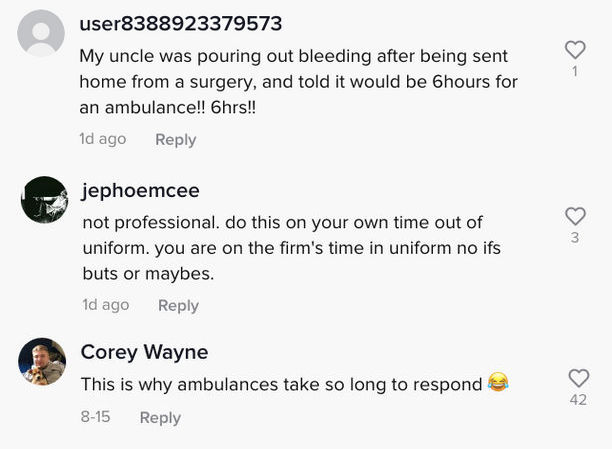 While another person pointed that the law entitles people to have work breaks.

They wrote: "I've only read a few comments and they're making me mad. These girls are on a BREAK which they are entitled to by LAW. It's nice to see them smiling."

The mother of the other paramedic in the video has also spoken out on her daughter's side, saying: "She was on her break. She does 14, 16 hour shifts, saving a lot of lives." 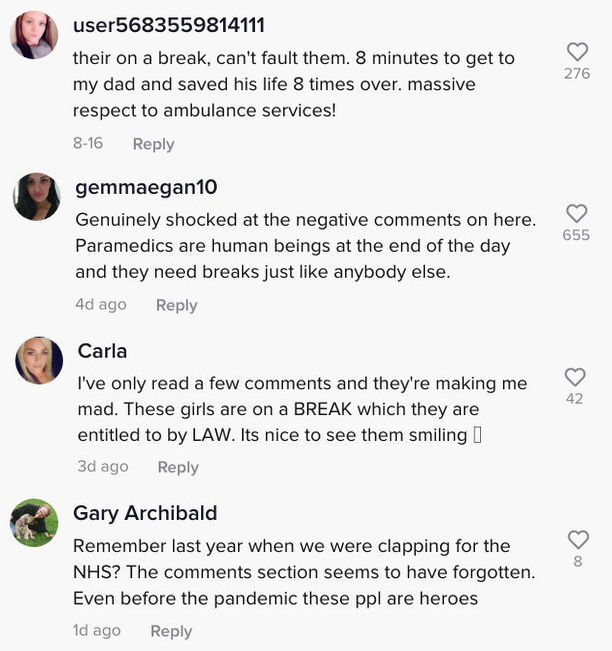