As reported by the New York Times, President Donald Trump paid only 750$ income tax in 2016 and paid entirely nothing for 10 out of the 15 years as analyzed by the newspaper. Naturally, the President has called the news 'fake story.' The news of Trump paying such little amount came as a shocking one for many people and angry people took to Twitter to share how they have been paying so much money for all these years. Here are tweets of people who shared how much amount they paid for taxes all these years and while doing what jobs they paid. 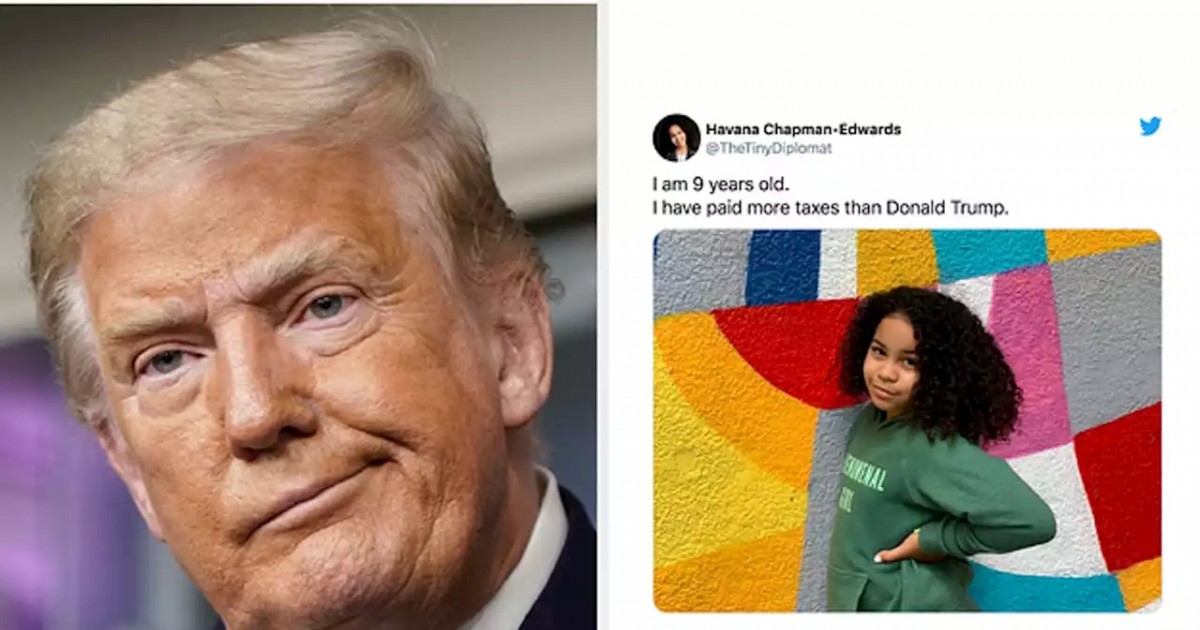 I am 9 years old.
I have paid more taxes than Donald Trump. pic.twitter.com/EwlsCz3oXs

How come I've paid a shit fucking more taxes than the president and I make under 20$ an hour?

I paid more in federal taxes.#TrumpTaxReturns

As an undocumented immigrant, I can now say that I've paid more in taxes than the President. According to NYT, @realDonaldTrump paid only "$750 in federal income taxes the year he won the presidency."

I run a small business that has never made more than six figures annually.

I run a small business that has never made more than six figures annually.

I paid more than $750 in income taxes working 39 hours a week at Starbucks during college.

Waking up to the realization that my husband & I pay more in our monthly student loans than Trump pays in taxes is just...whew.

As someone who takes about $17,000 or so a year after taxes, I have paid more in taxes this YEAR (and more taxes will be paid this year) than Trump did in 2016 and 2017. I live paycheck to paycheck while he lives a lavish lifestyle so yeah. Trump can continue to kiss my ass.

He paid $750 in taxes. Seven hundred fifty dollars. I’m a single teacher. One income. At least four times that. I want to vomit.

We cost our humans more in dog food and treats than ⁦@realDonaldTrump⁩ pays in federal income taxes pic.twitter.com/ocxFFc4gQ6

Me: What's wrong?
Taji: I pay more taxes than Trump does. pic.twitter.com/0wsvUgPXmE

My son has worked in the grocery store since he was 16. He worked during the pandemic once they started following acceptable procedures. As a college student, he works during breaks. He pays more federal income tax than Donald Trump.

I own a business. I paid waaaay more than $750.00 in taxes. You know why? I didn’t try to deduct 70,000 for haircuts. I didn’t borrow so much money I was in staggering debt and because wait for it - my business was successful so I owed taxes. #TrumpIsBroke ##DonTheCon pic.twitter.com/CQ7T1Ukfvd

I only get to write off $250 for school supplies on my taxes when I easily spend $1,000+ every year and the president only paid $750. Excuse the language but that’s some bullshit. #TrumpTaxes

me thinkin bout how I pay more taxes than trump pic.twitter.com/v2GPeYKcTG

I paid more for my last root canal than the dumb, crooked motherfucker paid in taxes for years. And I have dental insurance.

I paid more than $750 in annual taxes when I was broke and could barely afford rent.

The phrase "socialism for the rich, capitalism for everyone else" really needs to catch on.