Posted by in News On 14th August 2021
ADVERTISEMENT

A party bus refused a plus-sized woman entry onto one of their vehicles claiming that she was too overweight. The woman named and shamed the company online for its discriminatory practices. 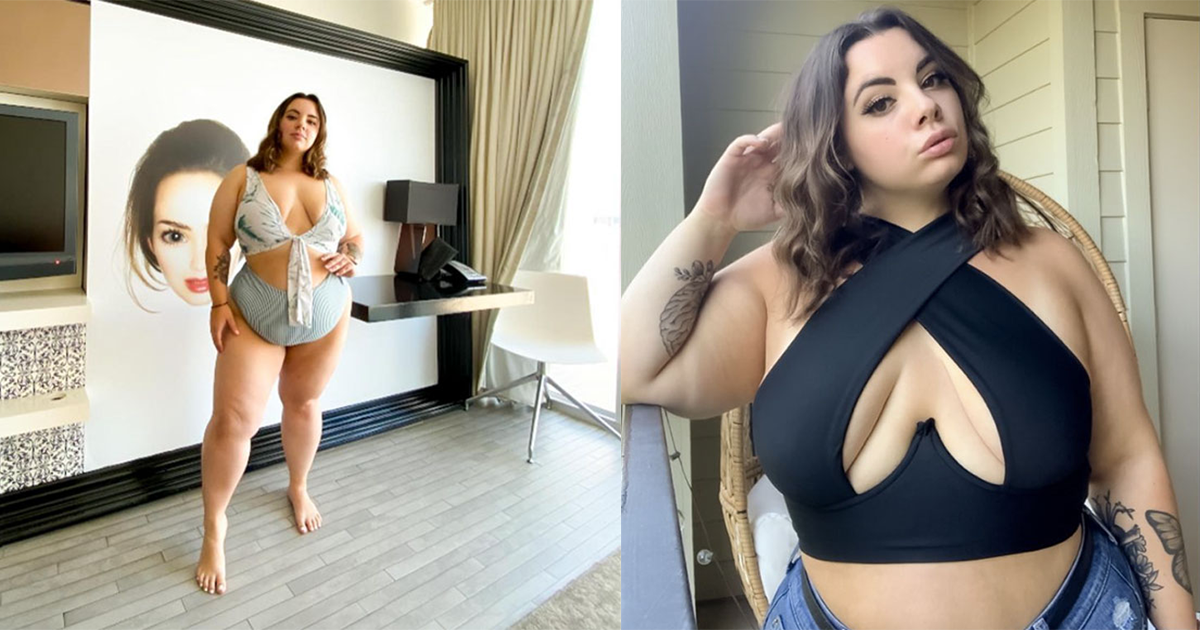 Party buses are by nature meant to accommodate a whole lot of people and amenities. Turns out this particular party bus service however isn’t for everyone.

When 27-year-old Fallon Melillo was turned away from one, she couldn't believe her ears. She had been travelling from San Antonio to Miami Beach and was told her plus size would not be welcome on the vehicle.

She immediately took to TikTok to let her followers know.

She started the video by retelling her experience. During her vacation, Fallon and her friends had decided to go to a pool party at a local club named DAER.

They had bought tickets but later saw on Eventbrite where there was a disclaimer that said no plus-sized women would be allowed at the door. 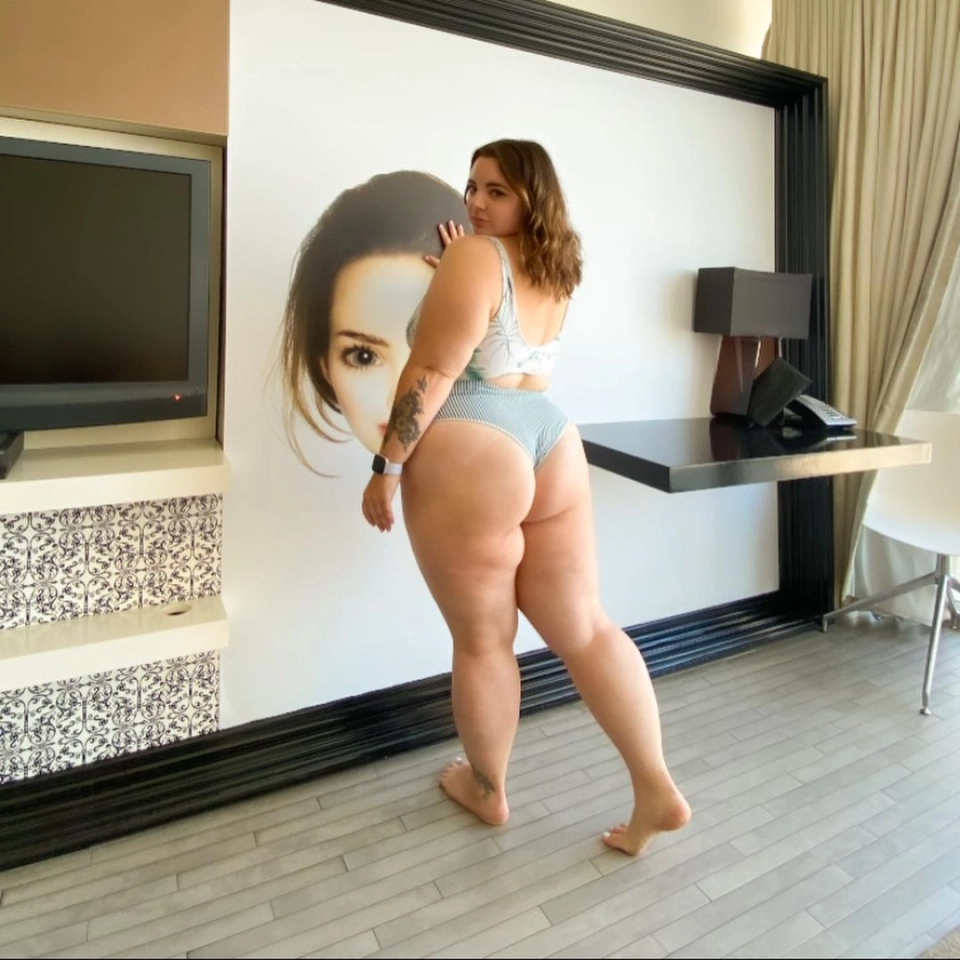 The bus service and the club, however, she assured had nothing to do with one another. She had even reached out to the club to ask I they discriminated based on weight and they had told her everyone was welcome.

The party bus on the other hand had its own policies which they hadn’t disclosed to Fallon’s friend over the phone when she had initially been purchasing the tickets. 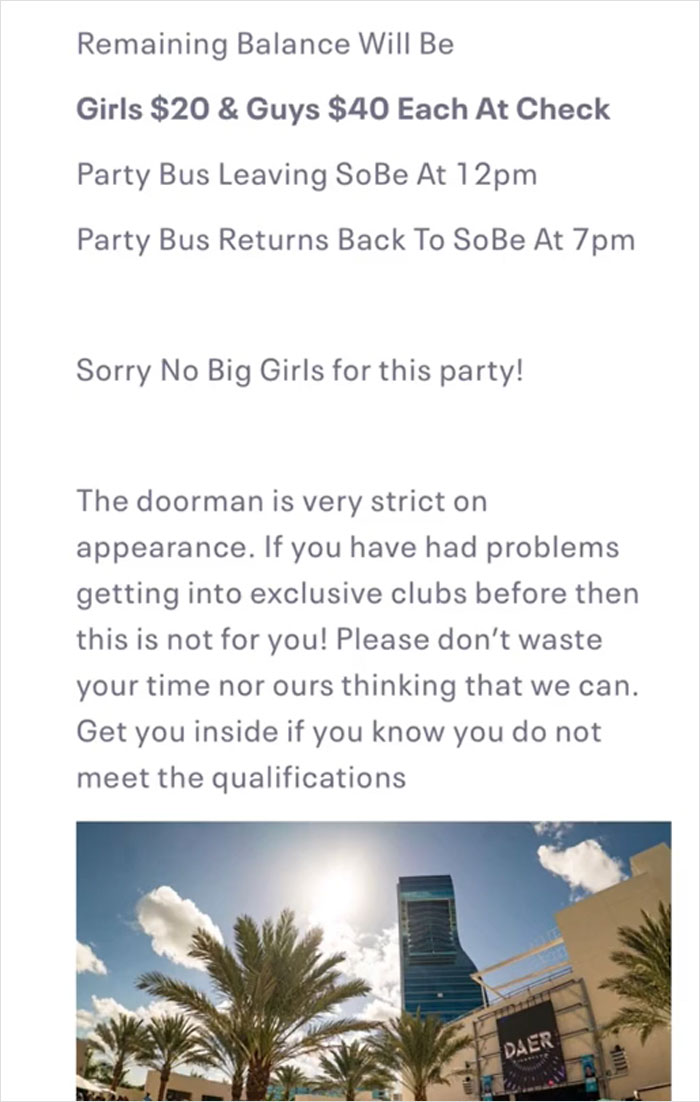 While there is no law telling clubs or party organisers that they cant discriminate against overweight people, Fallon says that she was disgusted by the that she was treated. She is now appealing to her followers, plus-sized or otherwise to not frequent or use the party bus service and send a message that this sort of discrimination is not okay. 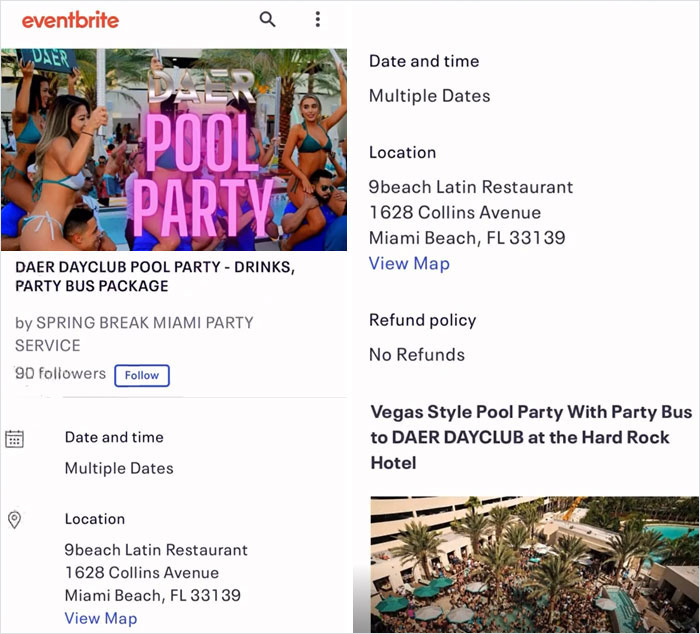 While her money was refunded, she says that no one should support businesses when they have blatant discriminatory values. 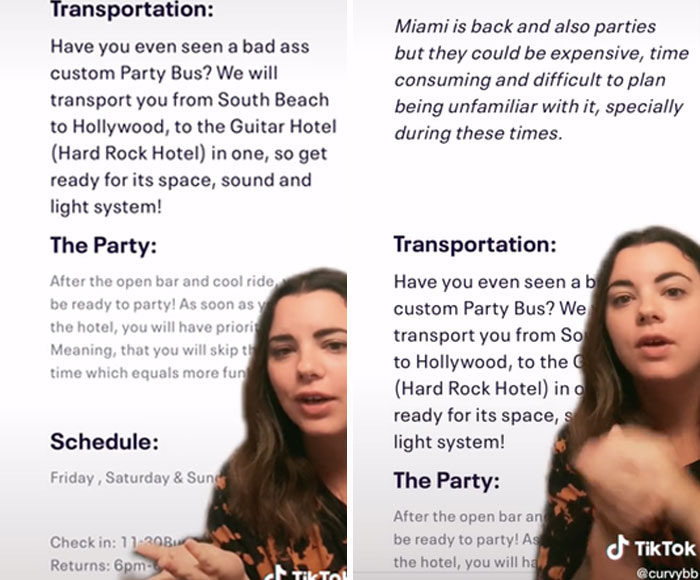 The company later renamed itself and placed another ad on the website after being called out. 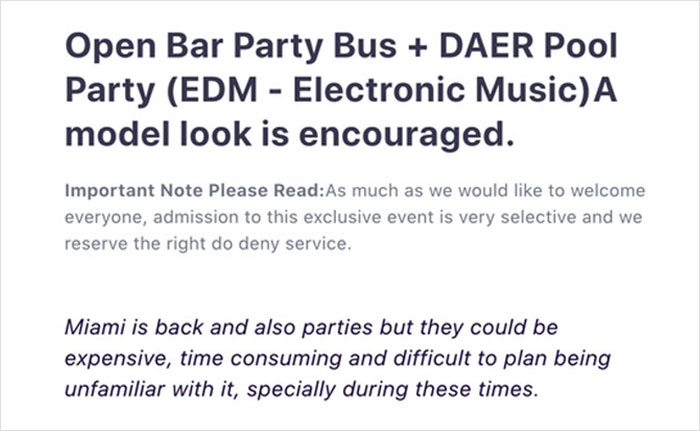 When asked what to do when faced with a similar situation, she said,

“My advice is to not let places like this party bus company or even cities like LA, Vegas, and Miami lower your self-esteem because you’re not their idea of beauty. Everyone is beautiful in their own way. No matter your shape or size. Body acceptance is for anyBODY,” 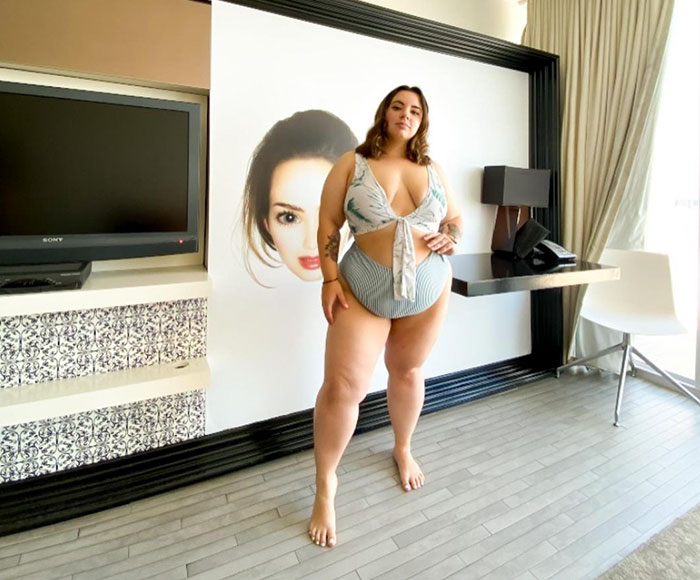 “I was humiliated in the moment, but I’ve never been someone to remain quiet. I have always advocated for myself and stuck up for what I believe in. And I encourage others to do the same." 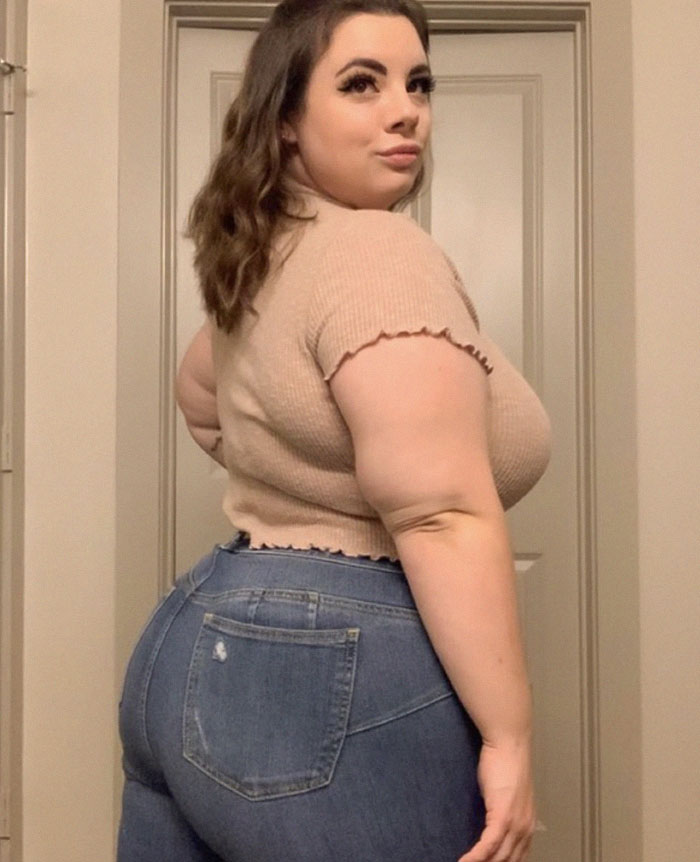 "However, our society is rooted in such fatphobic hate that it’s really hard for bigger people to speak out in their experiences for fear of judgment—which is exactly what’s happening to me right now. I just want people to know, not everyone is going to like you but you still deserve to exist in your body.” 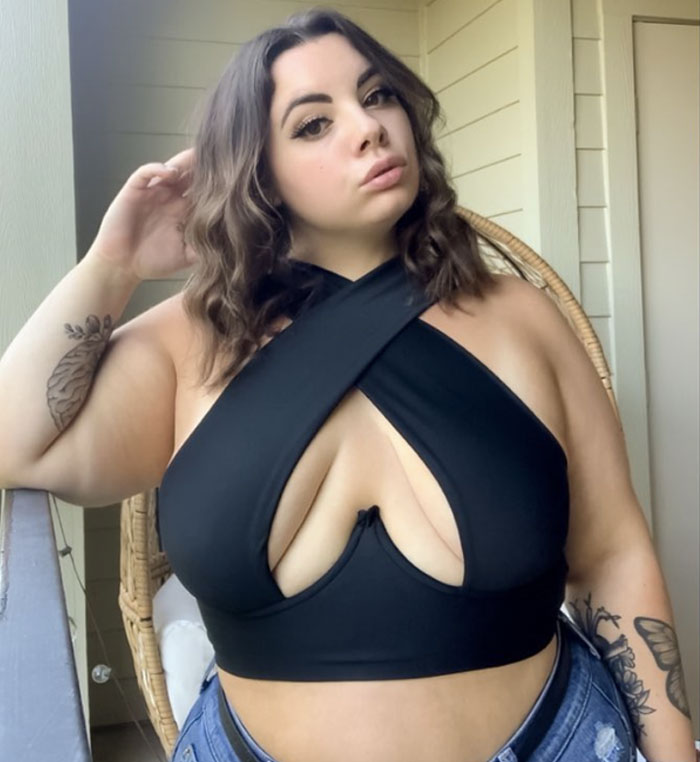