Police Pulls Over Borat For Driving With Daughter On Roof

Posted by Sama in Bizarre On 23rd October 2020
ADVERTISEMENT

After getting a tip from an anonymous reporter of a strange sighting of a woman sitting on top of a moving vehicle, police in Georgia, US pulled over a boat. The bizarre incident was captured on police body cam. 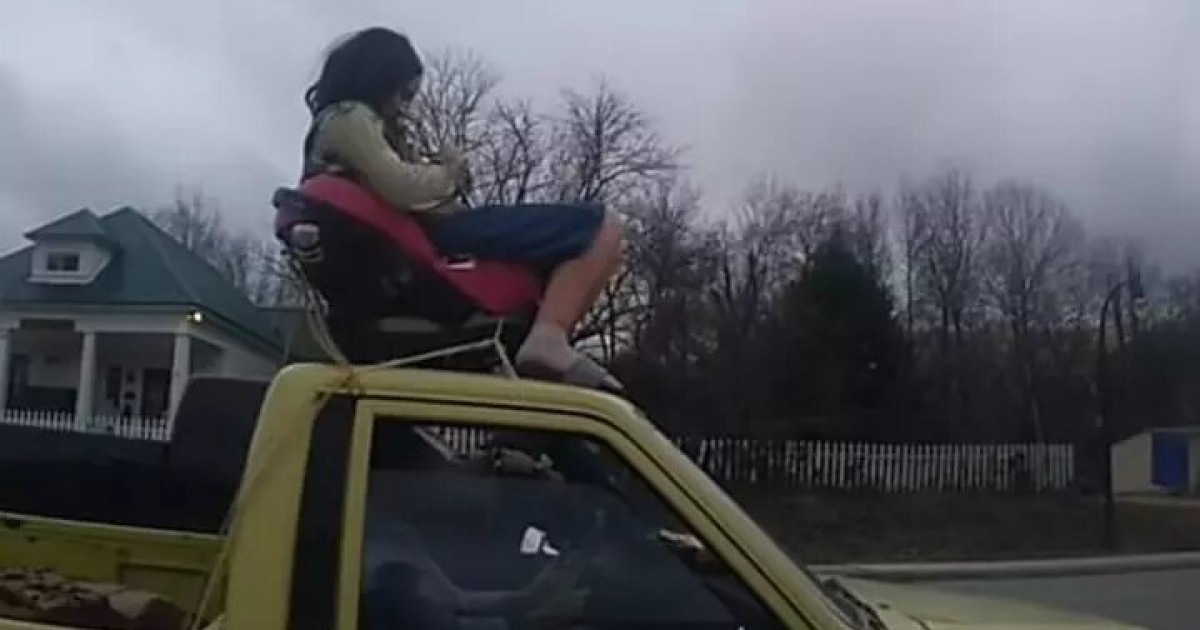 Police pulled over a borat after receiving reports that a woman was seen on top of it.

Two cops in Georgia, US, came across the character sitting in a green pickup truck with his 'daughter' strapped to a chair on top.

Even they though realized the prank real quick but decided to go along the flow. 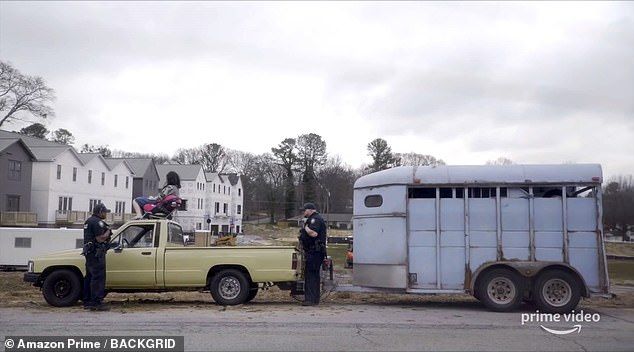 The crazy encounter which happened back in January was captured by police body cam.

The footage sees Maria Bakalova, 24, portraying the daughter of the Kazakhstan journalist, sitting silently on the roof.

The police were contacted by an anonymous caller who reported the bizarre sighting. 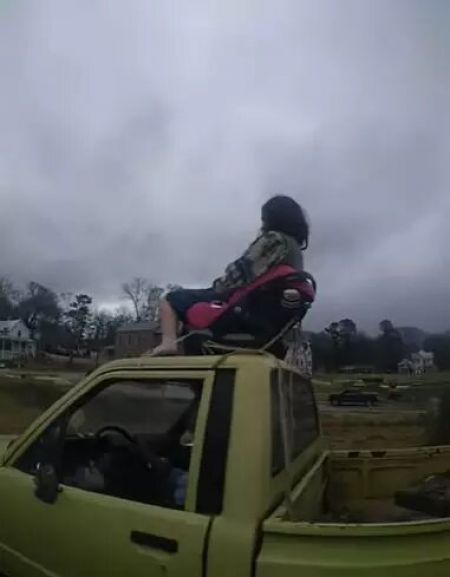 In the clip, officers Alvey Lamb and Daniel Bride can be seen approaching the car, with Cohen telling them: "I'm new here in this town."

After being asked for his identity, the Borat hands over a piece of paper, and referring to his fake daughter, says: "I have this owner's certificate that proves that she's one of my properties."

As Lamb checks out the registration plate of the motor, officer Bride asks Cohen to produce something with his name on in English.

When the confused Cohen asks what the matter is, officer Bride says: "Well, one, you got somebody that's strapped to the top of your car. Do you think that's a little odd?" 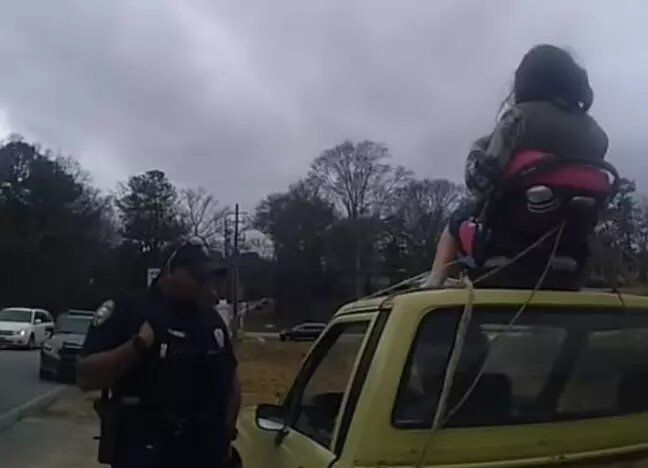 Borat then hands the officer a California driver's licence with the name 'Peter' on it.

To which Cohen replies: "Yes."

Eventually, another officer admits that he knew something was off here but he decided to play along.

He says: "I'm guessing somebody's around here with a camera, filming, because the dude sitting in the truck looks like Borat, and is talking like Borat, and all that other good stuff. Somebody's goofing off." 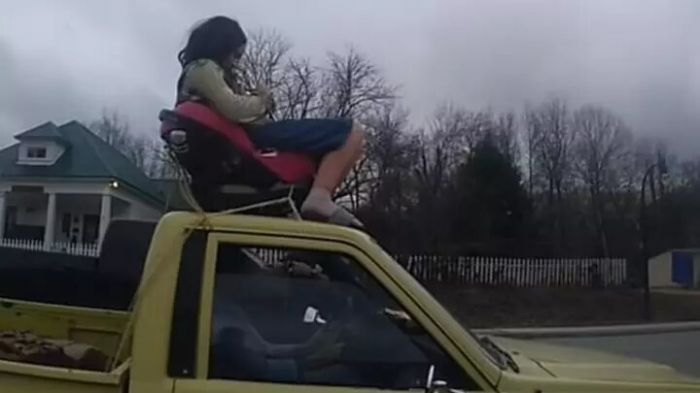 Adding: "You know what this is, don't you? Dude, there is a camera around here and I'm not talking about the one on our chest... I didn't sign no waiver or nothing like that. I ain't getting paid for it."

Bride then asks the actor how long the woman is going to stay on the roof, to which he replies: "Officer, I followed the law. I did not feed her an onion. Not that I'm trying to bribe you, but I have a potato here."

The officer then informs the comedian then his daughter would need to come down even if it means that there is no key in the ignition.

A police log of the call reporting the incident said: "Driver is dressed as Borat claiming to be from Uzbekistan. Driver has valid California driver's license doesn't display any mental issues knows date and year. female sitting on top of vehicle did not speak, appears to be come sort of prank or hidden camera show." 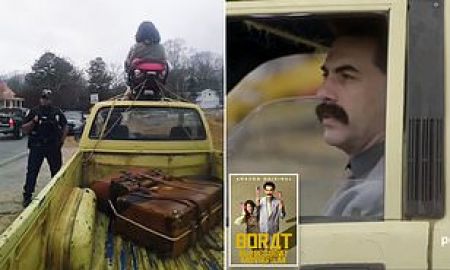