Posted by Sumaiya Ghani in Parenting On 26th August 2020
ADVERTISEMENT

Police saved this one-year-old baby's life who was found alone inside a 120F car. The baby's screams were heard by a concerned citizen who called the police and the baby was rescued immediately. The police officer smashed the car's window and pulled out the beautiful baby girl who was covered in vomit and crying loudly.

According to the police, the baby was found stuck in the car, she was screaming and sweating and was also covered in vomit. Police told that the duration is not clear for how long the baby was stuck inside the car.

The car's temperature was around 124F when the toddler was rescued. The video shows the police urgently trying to get the screaming baby out of the car. Officer Pinilla is seen breaking the window on the side opposite to where the baby was before walking over the driver's side and pulling the baby out.

#2 The baby was rescued just at the right time

The officer then hugged the baby while telling her "I'm sorry" and "It's going to be okay". 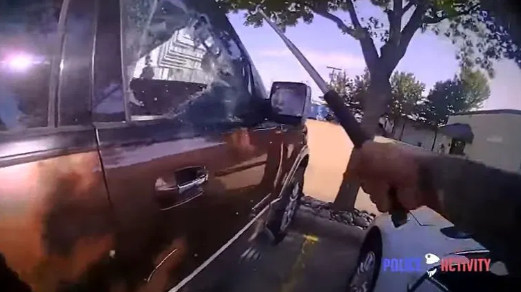 Soon the mother of the baby arrived at the scene with her two other kids and the baby's grandmother.

Child Protective Services as well as Dallas County Grand Jury were reported to further determine if civil or criminal charges should be filed.

Police said: "All indications seem to point to this being a mistake caused by false assumptions and faulty communication about the infant’s well-being."

They added: "The Duncanville Police Department is thankful this incident did not result in a more tragic outcome as so many unfortunate incidents of children being left in hot vehicles do."

#3 Police were informed by a worried citizen who heard the baby crying.

"Due to an alert and concerned citizen calling, and due to the definitive, quick actions of Officer Pinilla, both of whom will undoubtedly be regarded as heroes by the rescued infant for the rest of its life, a tragedy was averted." 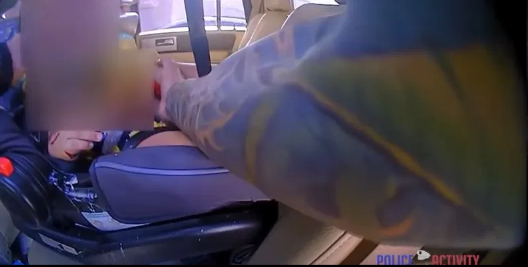 "During the trying times, which we’ve all experienced these last several months, coupled with school-aged children either already having returned to school or who are about to return to some semblance of school, parents and caregivers are stressed."

"We implore everyone to please slow down, especially those with very young children, and account for those who cannot do for themselves."

Police advised the parents to take care of their young children and do not leave them all alone in a car no matter what. They told that even on "sunny 70-degree day" temperatures inside a closed car can pass 100F after half an hour.