Posted by Sama in News On 7th September 2020
ADVERTISEMENT

A disturbing video was recently posted by an anonymous user on social media. The video shows a shirtless man getting dragged off by a Police officer in handcuffs after it's claimed that he refused to wear a face mask on board. The man claimed he had an 'underlying medical condition' which exempted him from having to wear a face-covering under Covid-19 legislation. 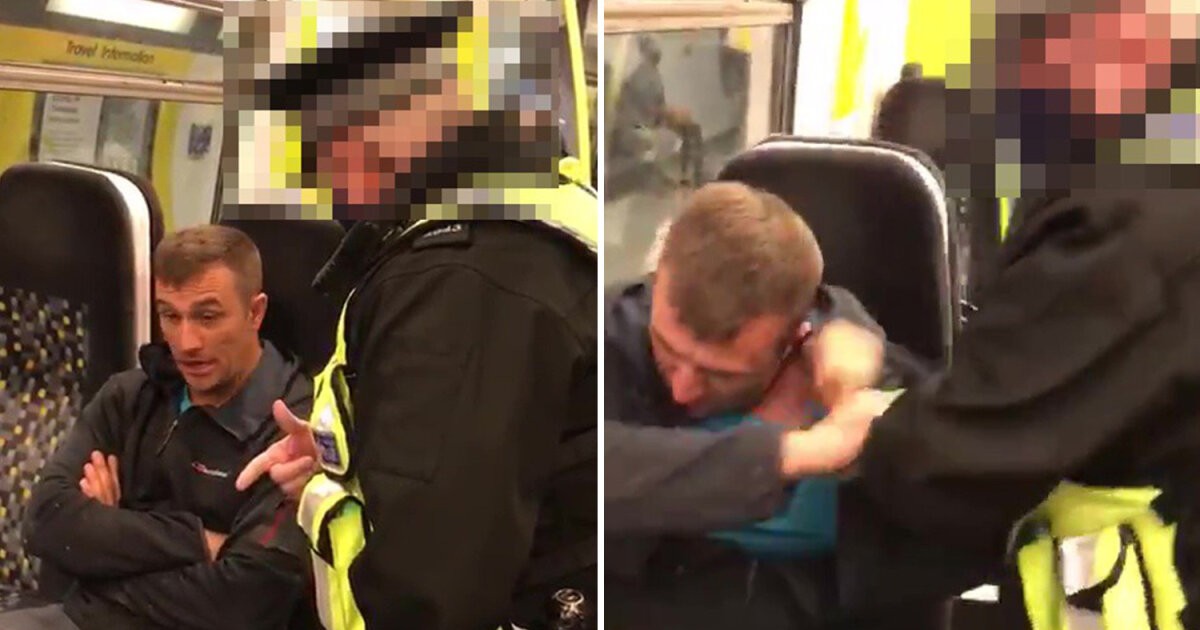 In a disturbing turn of events, British Transport Police officers drag an irate shirtless passenger off a train in handcuffs after it's claimed that he refused to wear a face mask on board.

The man was asked to get off the train at Lime Street Station in Liverpool while he continued to claim that he is legally exempted from wearing facemask at public places. 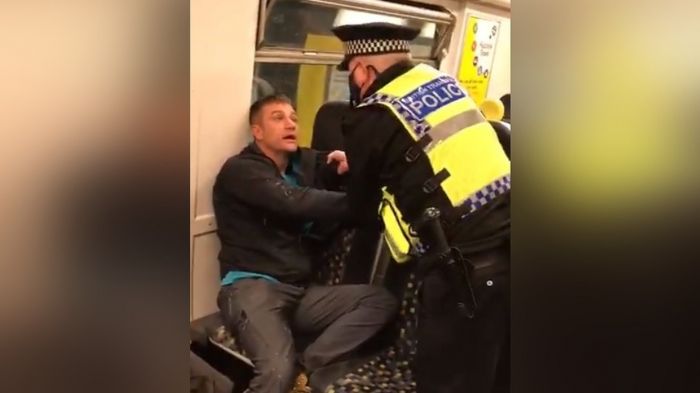 The officer in return tried to detain the man which resulted in a pepper spray used on his face. Passengers witnessing the incident accused the officer of being on a 'power trip' and called him a 'bully'.

They claimed he had an 'underlying medical condition' which exempted him from having to wear a face-covering under Covid-19 legislation. 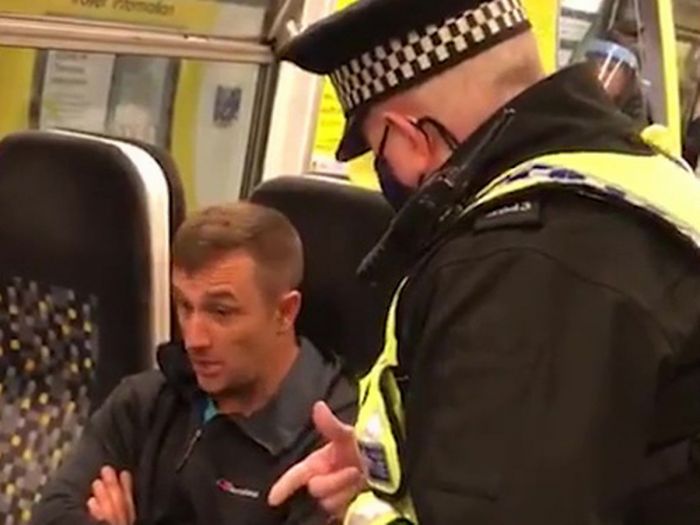 The disturbing video has been uploaded online on social media by an anonymous person and has been viewed a million times.

The officer gives the man his final warning - which is ignored - and tells him: "You're getting off."

He takes hold of the passenger's arm but he resists and shouts: "Yo, who the f**k do you think you're grabbing?"

The officer tries to remove him by force but the man refuses to move and blasts: "I've told you no. Now get off me." To which the officer replies: "Off the train, or I'll get you locked up."

He wrestles with the officer - who threatens to pepper spray him - as fellow passengers protest: "He's done nothing wrong. Medical condition."

Following this ordeal, the officer then tries to spray the passenger - who shields his face - but is unable to get a clear shot and urgently calls for backup on his radio. 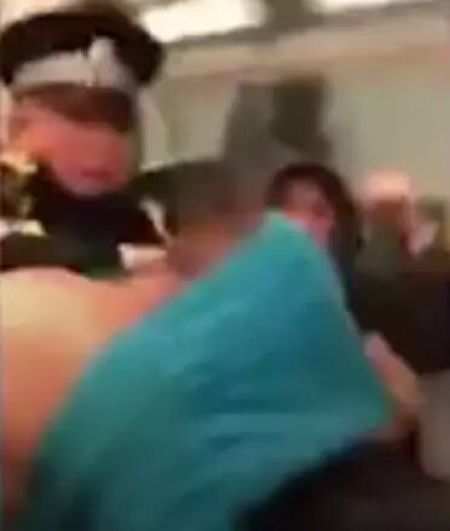 The officer cuffs one of the suspect's wrists and pepper sprays him. In the following struggle, the man's shirt also comes off.

After backup arrives, several officers can be seen in the video struggling to get the man in handcuffs, as he screams: "This is the reason why I don't wear my mask."

He is finally detained and removed from the train while other passengers onboard get furious and demand to know the name of the arresting officer. 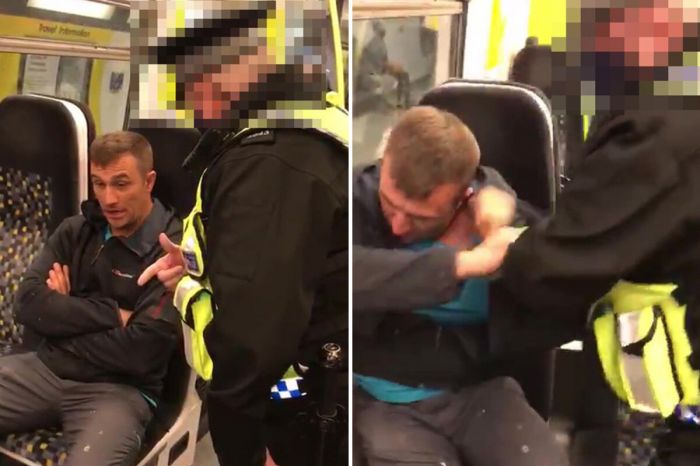 In a statement, British Transport Police said: "A man has been charged with threatening behaviour and assaulting a police officer on a Merseyrail train to Liverpool Lime Street station. The incident happened at around 3.20pm on Wednesday, September 2. Officers had responded to a report of a man coughing at two passengers.