Poor Mom Gets Tattoo Of A Drawing She Thought Her Son Did, Later Finds Out This Wasn't The Case

Posted by Sumaiya Ghani in Funny On 31st August 2021
advertisement

In Tiktok's recent challenge, people are sharing the reasons behind their meaningless tattoos. One woman, @th3victorygarden, has won the trophy after she showed her tattoo that she got thinking it was her son's drawing. She later found out her son, 6, never drew it and now she is stuck with it forever. 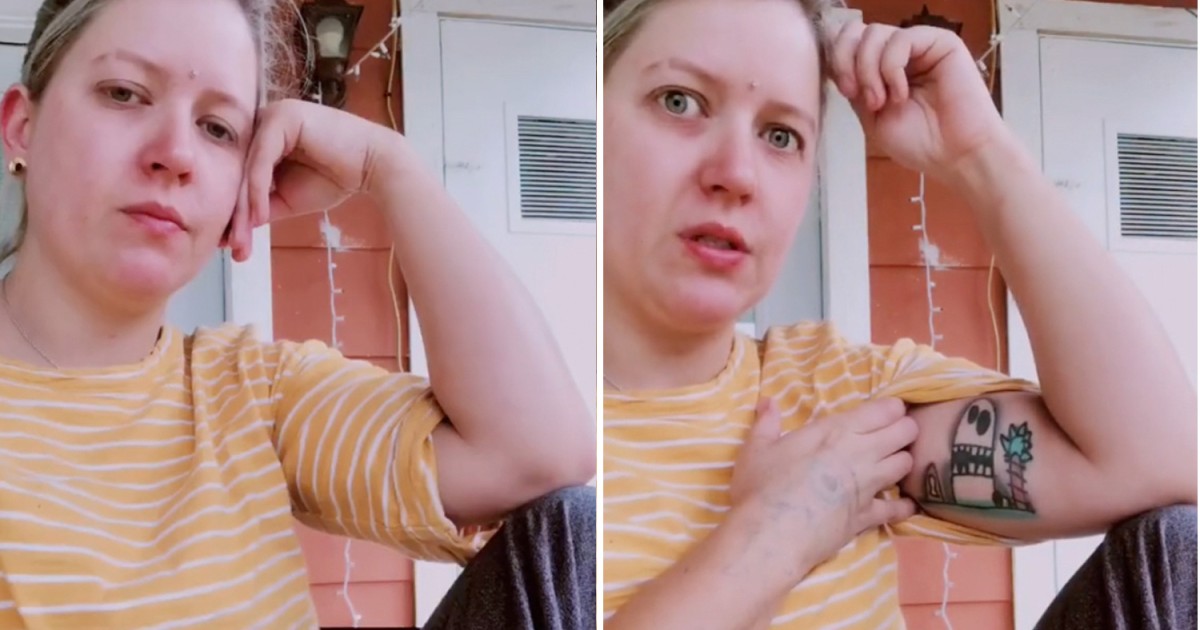 Tiktok is one interesting app that keeps us all hooked with its trendy challenges.

The most latest one is where people are sharing their meaningless tattoos and why or how they ended up getting them. The trend was started by @pigeonsandfrie and has gotten quite popular on the app.

While all the stories are hilarious, one that caught our eye is that of a mother who proudly got a tattoo of her son's drawing.

@th3victorygarden shared a clip on her Tiktok account where she lifted her t-shirt sleeve to show her 'meaningless' tattoo. On her arm is a tattoo of a 'pirate cove' with a giant rock that looks like a skull, next to a palm tree.' 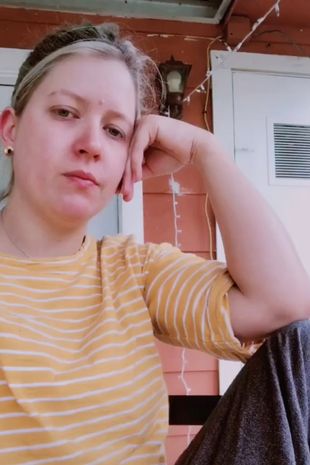 The poor mom thought her son drew it

"My son's friend drew this," the mum says in the video.

"I thought my son drew this." 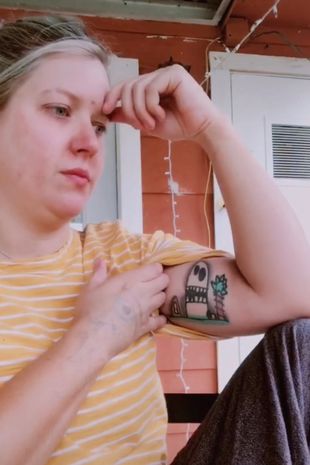 Her clip went viral on Tiktok

The hilarious video was shared with the caption;

She shared another video where she told how she never told Kevin's parents about the tattoo of their son's drawing.

The video went viral and has been watched 200,000 times already.

People actually loved the tattoo and found it really cool.

One person wrote; "Ok but it is dope."

Another wrote: "A painting my son made in art class hung in a frame in my kitchen for 10 years before he told me it wasn't his. The teacher handed them back wrong."

Someone found the whole situation priceless; "But that's somehow a better story than your son drawing it. That's f-ing priceless."