Popular Beauty Trends From Around The World

Posted by Sughra Hafeez in Fashion On 2nd November 2017
ADVERTISEMENT

Fashion trends emerge out of the most unusual of places, sometimes resulting in some pretty off-beat clothing decisions. Here we examine some of the more eyebrow-raising trends of recent years. 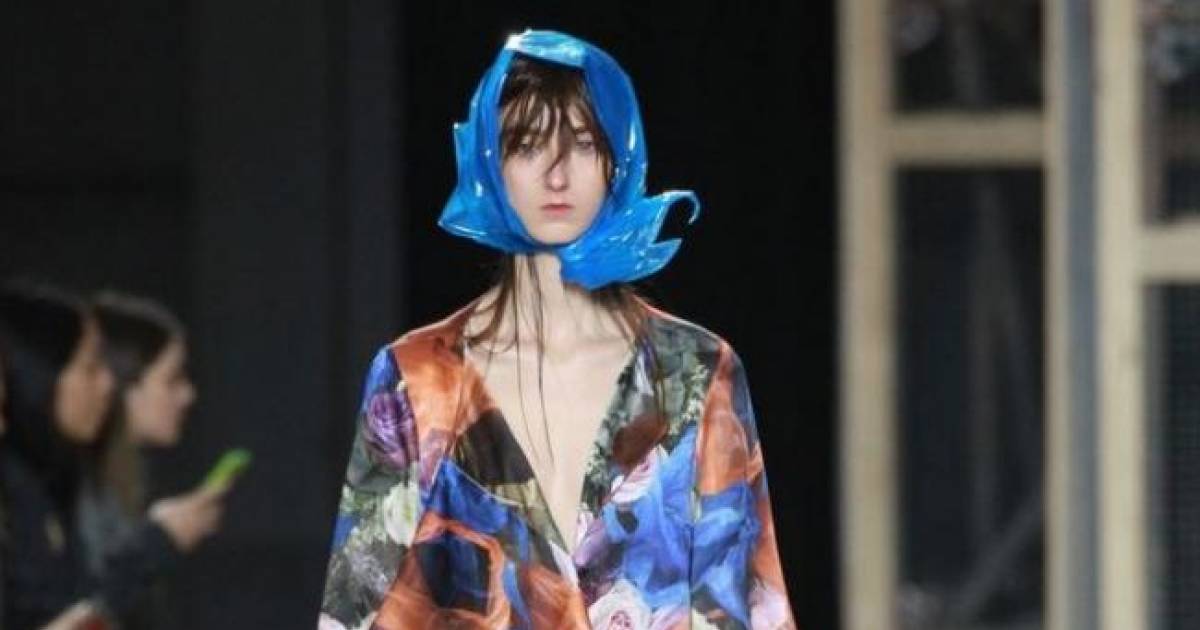 Forget sunscreen, the ‘facekini’ - which looks like it’s been inspired by a psycho mask from a horror movie, ‘bank robber chic’ and Pussy Riot - is used largely by women in China to protect them from sunburn on the beach and to maintain a pale complexion, which is highly prized there.

Invented by former accountant Zhang Shifan, facekini’s began appearing in 2004. They come in a variety of colors and creepy designs. 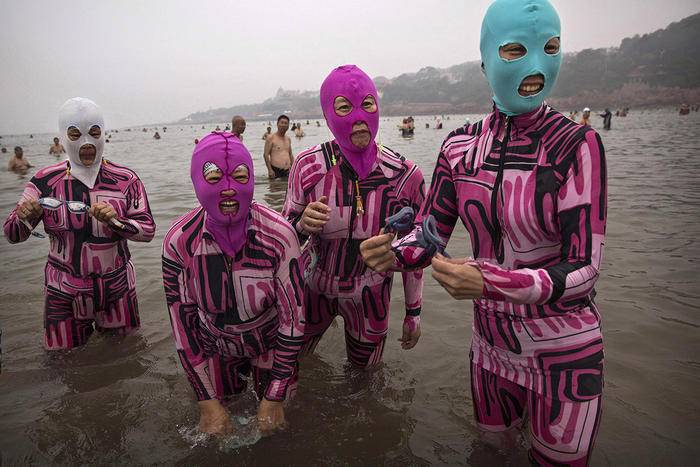 As anyone with eyes will tell you, beards have become a mainstay of everyday life. If the hipster subculture birthed a defining look, it’s now just part of the furniture. In 2016, Men are more confident about trying out different styles to stand out from the tattooed crowd.

The latest in hipsterland is about – believe it or not – beard transplantations. Plastic surgeons in New York are making a fortune from the trend because hipsters are ready to pay $8,500 for a transplant. “Whether you are talking about a hipster from Brooklyn or an advertising guy, facial hair is absolutely the look,” New York-based plastic surgeon Jeffrey Epstein says. We would say that too if clients were ready to pay a small fortune for something that also grows naturally and at no cost.

And facial hair as The Look? Been there, done that. Get a life, okay? 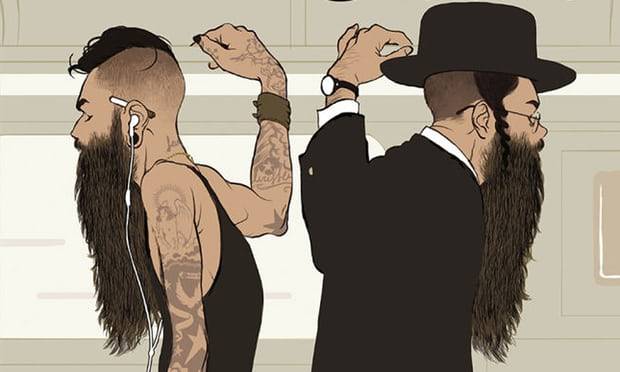 Women in Mexico have lately been applying scorpions to their nails as decoration to liven up their manicures.

According to PopSugar, the idea for scorpion nail art originated with Durango, Mexico–based scorpion fanatic Lupita Garcia. She concocted the crazy plan with her friend Rocío Vidales, who happened to own a nail salon.

The scorpions are applied with tweezers to the nail and then coated with a thick acrylic paste.

London Fashion Week runway show was a display of colorful pieces. However, one item stood out from his collection - the models wore trash bags on their heads while they sashayed on the catwalk.

The trash bags were wrapped around and tied, similar to how grandmothers would wear a headscarf. The designer made use of the plastic as an accessory amidst a showcase of feathers, lace, flower appliques, sheepskin, fur, silk, and plastic. The collection circled around a "Lost and Found" theme.

We’re not sure how well this fashion has caught on – fashions on the runaway can be too weird even for the fashion industry – so rather than calling fashion forward, we’re calling bulls**t. 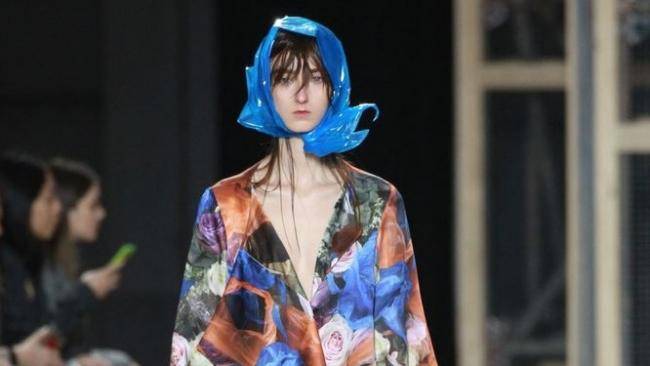 Designers certainly aren't shy when it comes to flashing the flesh on the catwalk. New York Fashion Week is underway and there has certainly been no shortage of kooky style this season.

Okay, it’s kind of hard to call a part of the body a ‘trend,’ but it is what it is. Over the years, there have been times when certain necklines were more in style, times when it was chic to cover up your chest almost entirely but show off your entire back, etc.

This year, it seems one of the biggest trends actually focuses on something that was formerly thought to be a bit of a faux pas – underboob. Rather than flaunting cleavage in the traditional way, many starlets on the red carpet have opted to amp up the risqué factor of their garments by showing some serious underboob. Quite frankly, it still kind of seems like a mistake, like they simply didn’t pull their shirts down enough to cover everything, but hey – it’s definitely a change of pace.

You have probably already noticed this trend. You can express your attitude, political views or current mood without saying a word. Your t-shirt will say it all.

Graphic tees are everywhere, and they’re the new way to make a bold statement! They’ve long been a wardrobe staple but had been relegated to the lesser-than fashion duties. Now, this wardrobe staple is demanding it's placed fashion’s “it” item - from street style to fashion runways, and celebrity red carpet. I guess you can blame it on Louis Vuitton's fall 2015 show, where models showed us how to wear graphic tees in style under sleek fitted blazers.

The fashion world doesn't fall for every beauty trend — but when it does, it falls hard. And this time around, it's bangs, bangs, and even more bangs.

Blame it on the model-approved shag haircut, but everywhere we looked this week, an "It" girl was sporting her own version of Fringe. The best part? The trend is wildly inclusive (go fashion!). Short or long, side-swept or eye-grazing, straight or curly, fringe is in. 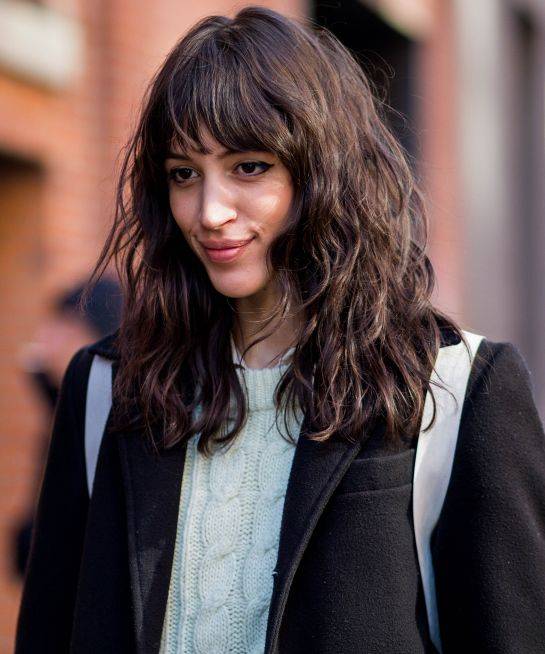 Vogue listed Crocs as one of their trends to watch in 2017, primarily because designer Christopher Kane sent models down the runway with Crocs on their feet rather than sky-high heels.

To be honest, we’re not totally convinced, but who knows – many footwear trends tend to be more fashionable than comfortable, so maybe the world will embrace having feet that aren’t screaming in pain by halfway through the day. 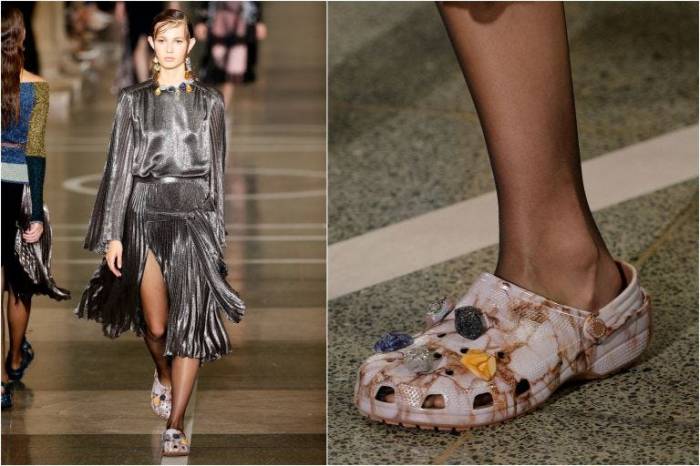 The time has come for us to get in that 1980s mood because next season is bringing back one of our favorite trends: overstated shoulder pads! Jil Sander, Saint Laurent, and Marques’ Almeida are only some of the brands that made us realize that in Fall Winter 2017-2018, our shoulders will be getting a lot of attention. What do you think? 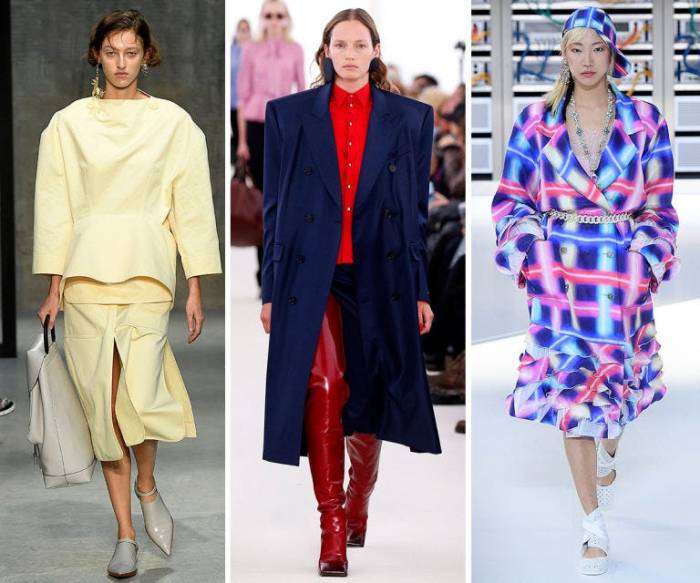 Women are bored with long coats so they have replaced it with bathrobes. It used to be worn in morning or night but now people are flaunting them. These garments are now worn as casual outerwear. This trend was promoted by French clothing company Lacoste, American fashion designer Alexander Wang among others. 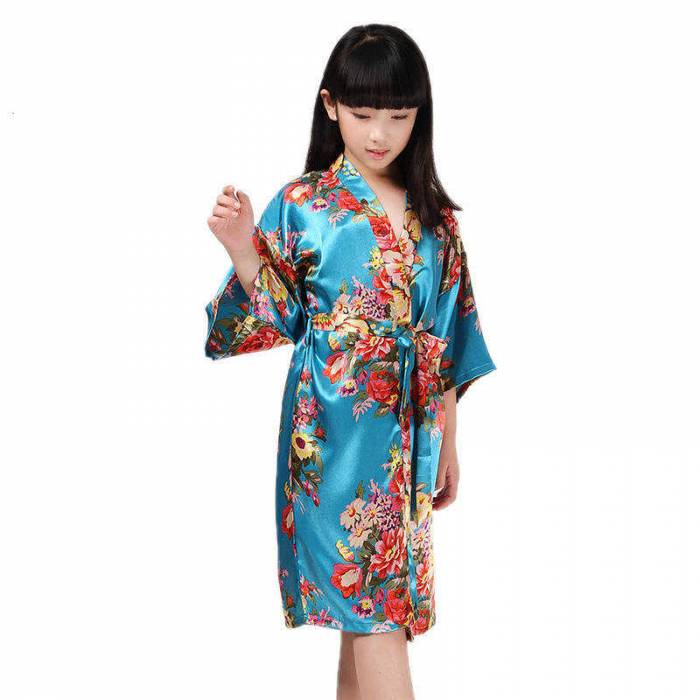