This kind-hearted postman is the coolest person on the block. He is here to cheer up everyone with his kickass costumes. One day you will see him wearing a greek trojan style costume with a fake sword while the next day you will see him wearing a pretty frock. This gem of a person is here to put a smile on everyone's face during quarantine and needless to say, he is succeeding in his actions. 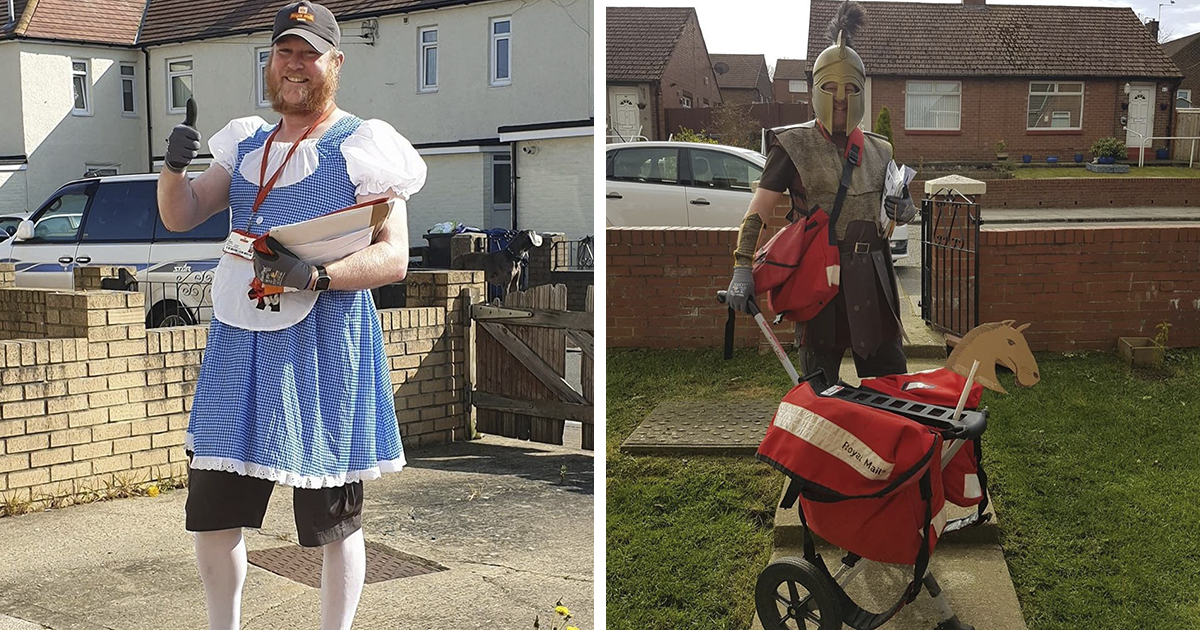 Dad-of-two, an occasional cyclist and an all-round awesome person Jon Matson has decided to play his role in cheering up people amid the gloomy environment because of the coronavirus pandemic. The 39-year-old postman from West Boldon, United Kingdom, hs ditched his regular postman costume for cute and very creative costumes to make people happy while delivering their items. This not only cheers up others but also helps alleviate the stress that Jon feels while continuing to work during this dangerous situation. 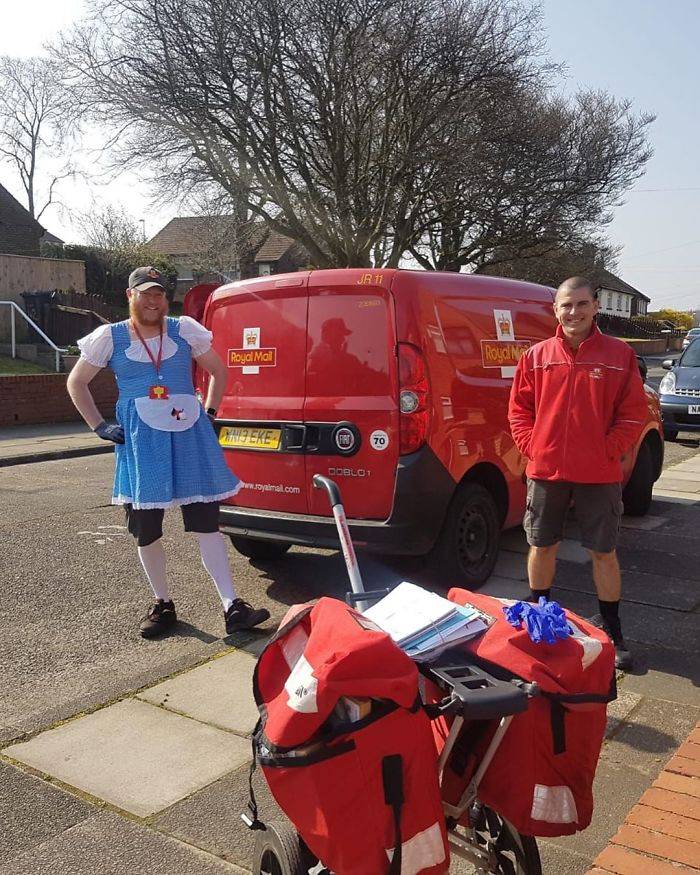 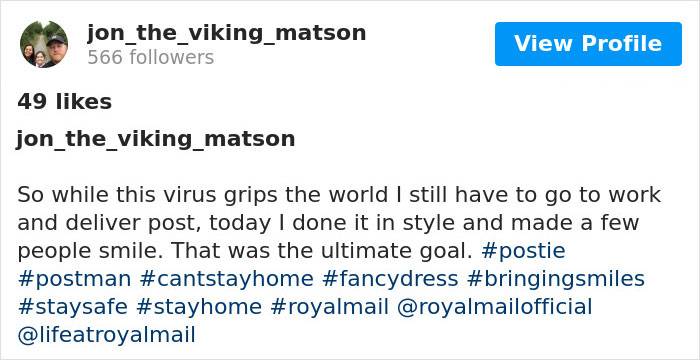 #3 The guy who loves his job

“I’ve been a postman for just over 4 years. I was a bus driver before this, so it’s a total change in direction but I absolutely love the job,” Matson told Bored Panda. “I love being out in the fresh air and meeting people.” 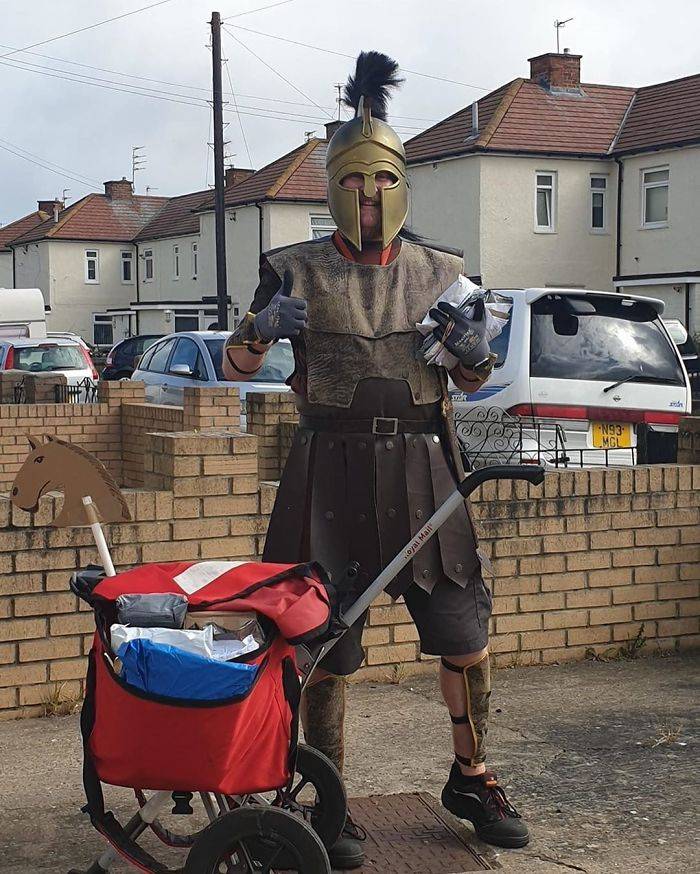 Matson has been on his route for about 2 years, so he’s gotten to know almost all of his customers. “They’re fantastic people,” he said. “I’m lucky to deliver in the same area where I live, so a lot of them are my neighbors and some are friends.” 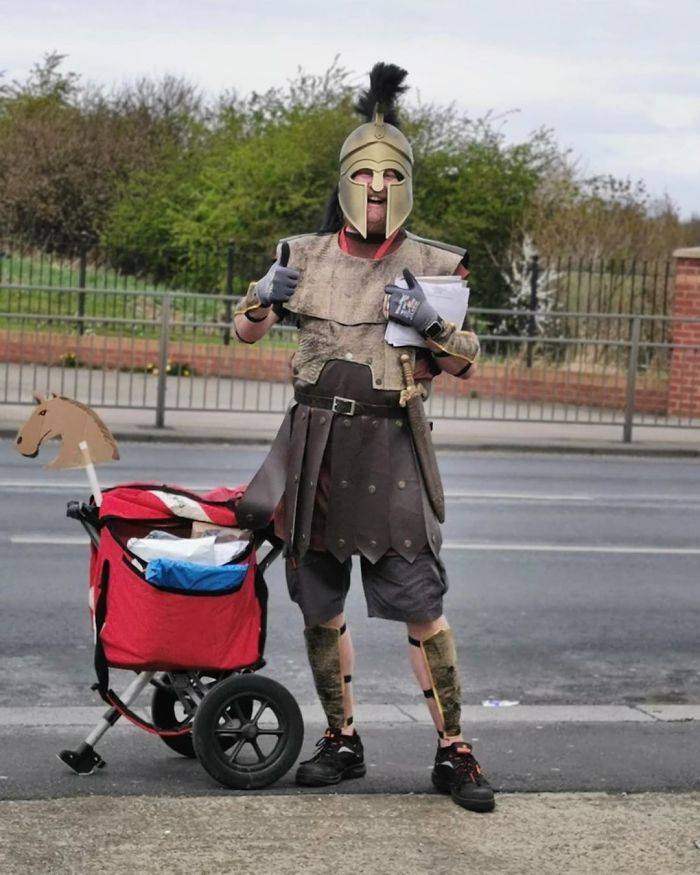 #5 Jon talks passionately about his work

“We work in pairs from a small van. We would drive to the start of our duty and work away from the van in a circle back again then move to the next area. We would then meet for dinner before moving to the second half of the duty. I enjoyed chatting with customers and even called in on some to check on them.” 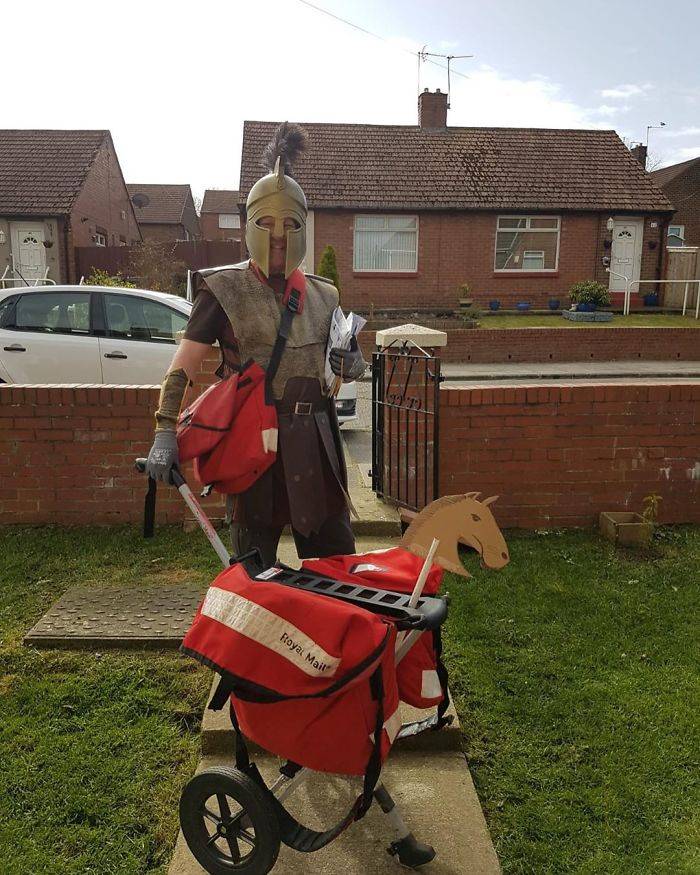 #6 Work conditions affected badly because of the lockdown situation

The pandemic has however affected Jon's work badly.“Now I can’t go to the office, this is to minimize contact and stick to social-distancing,” he explained. “Paul, my work partner, has to go in and prepare all of the mail on his own and load up the van. He drives to my house and drops my bags off for me and I have to work from there using a bag trolley.” 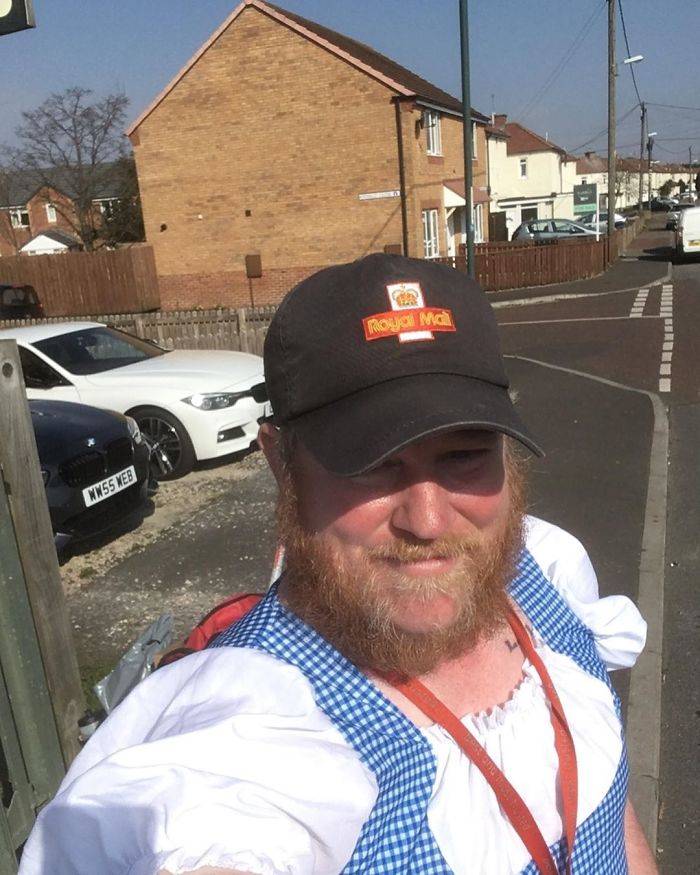 “It feels a little lonely this way as I’m used to seeing him each time we move to a new area, sharing jokes and laughs. It’s also really hard not being able to call in on my customers or stand and chat,” Jon said. “I still see them and talk from a distance but it feels far less personal. Because I’ve gotten to know my customers on a personal level, I’ve noticed the change since the lockdown and how it’s affecting them.” 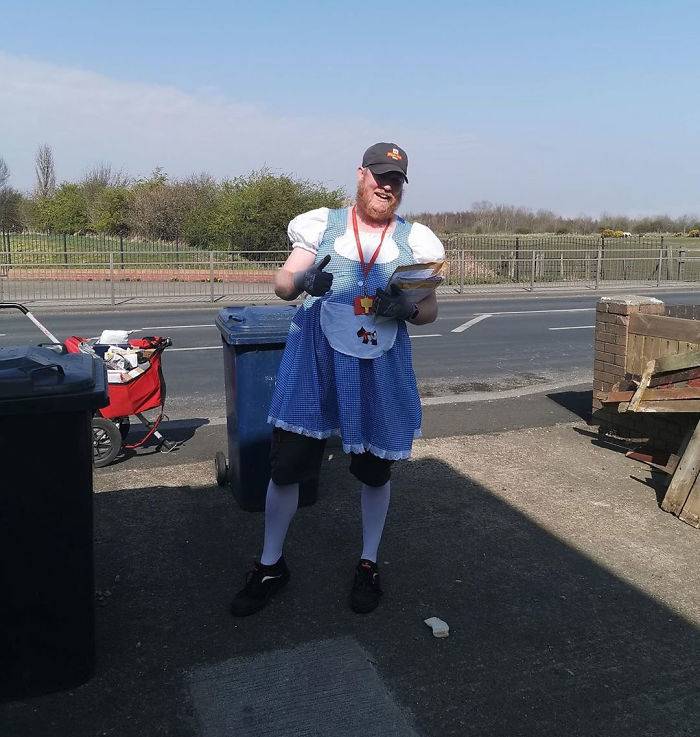 #8 Making an effort to cheer people up

Every year, Matson participates in the Boxing Day Dip, a charity event where people in fancy dress swim in the North Sea. Because of that, he had a few outfits sitting in his home, screaming to be worn again. Eventually, he decided to ask his manager if it was OK to wear them for work and try and give people a laugh. 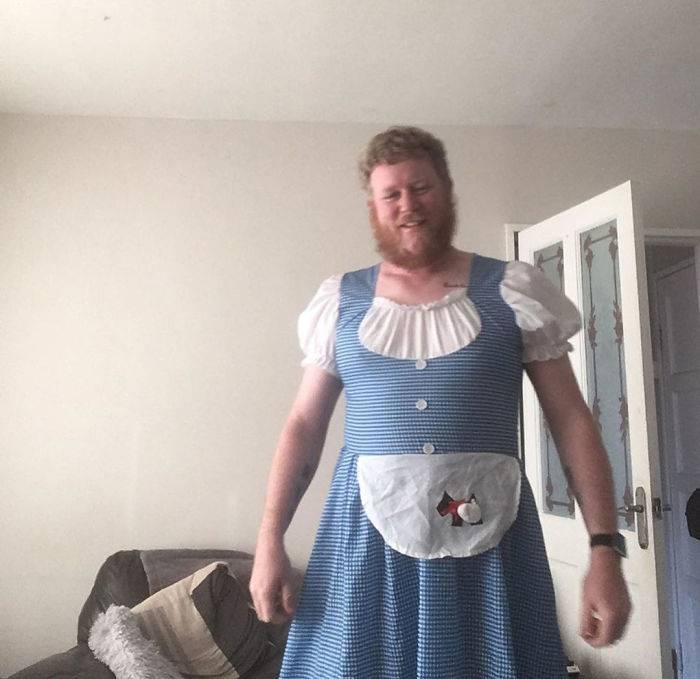 “He agreed and after day one as a cheerleader, the reception was phenomenal,” Matson said. “I figured I’d do it again the next day … and the reaction was even better. I was dressed as Little Bo Peep and everyone loved it. The word spread quickly on social media and people were waiting at windows and doors to see me. So I asked if it was OK to do it every day and got the go-ahead.” 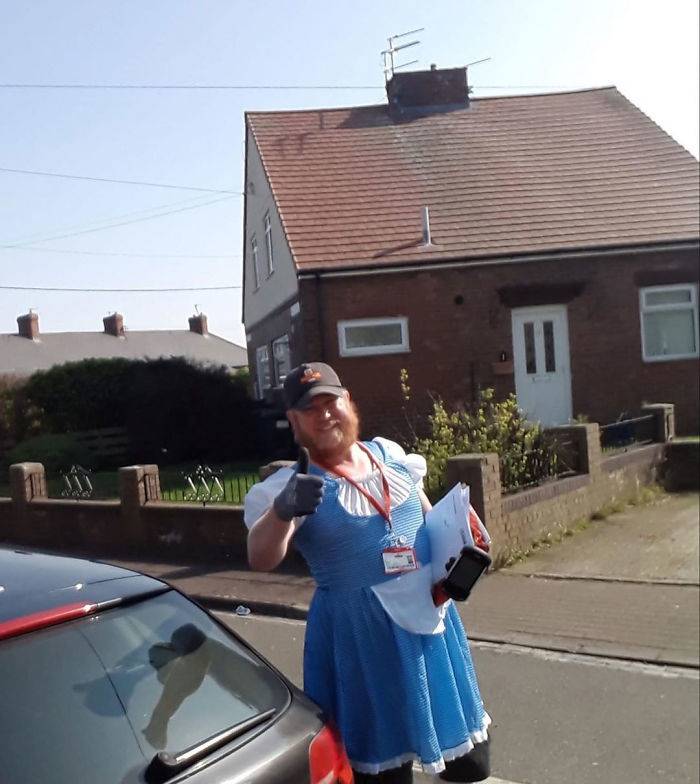 On day 3, Jon went as a Greek/Trojan soldier and the attention he’s receiving has constantly been growing. “Seeing so many people happy and having something to look forward to has really picked my spirits up. I was obviously feeling apprehensive about having to go to work and although it’s still in the back of my mind each day, this makes going to work so much easier. The only worry I have now is running out of things to wear.” 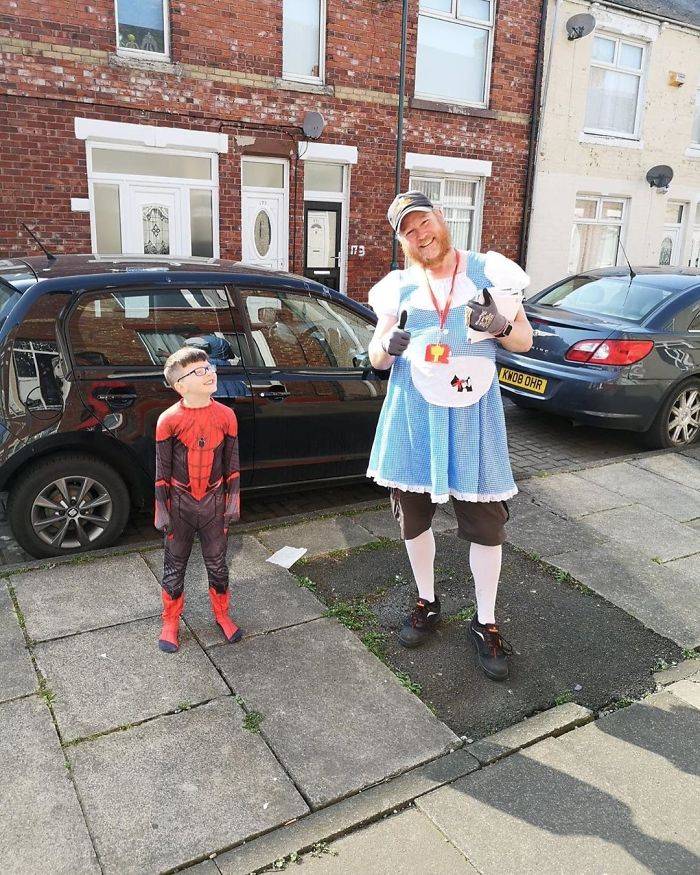 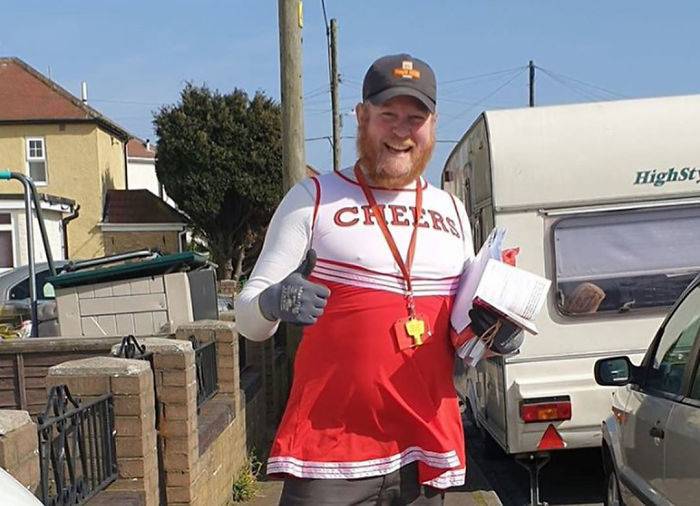 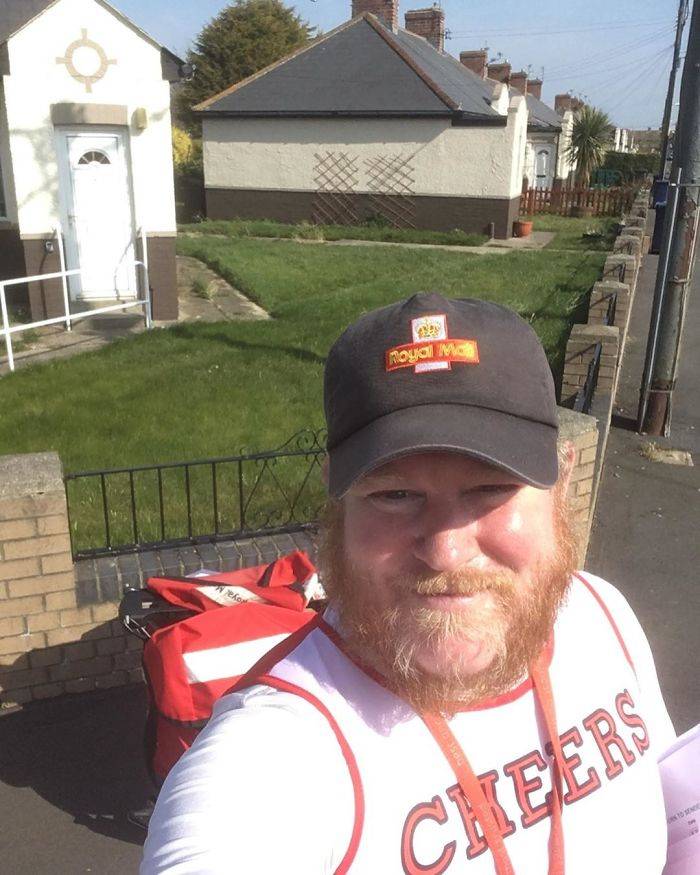 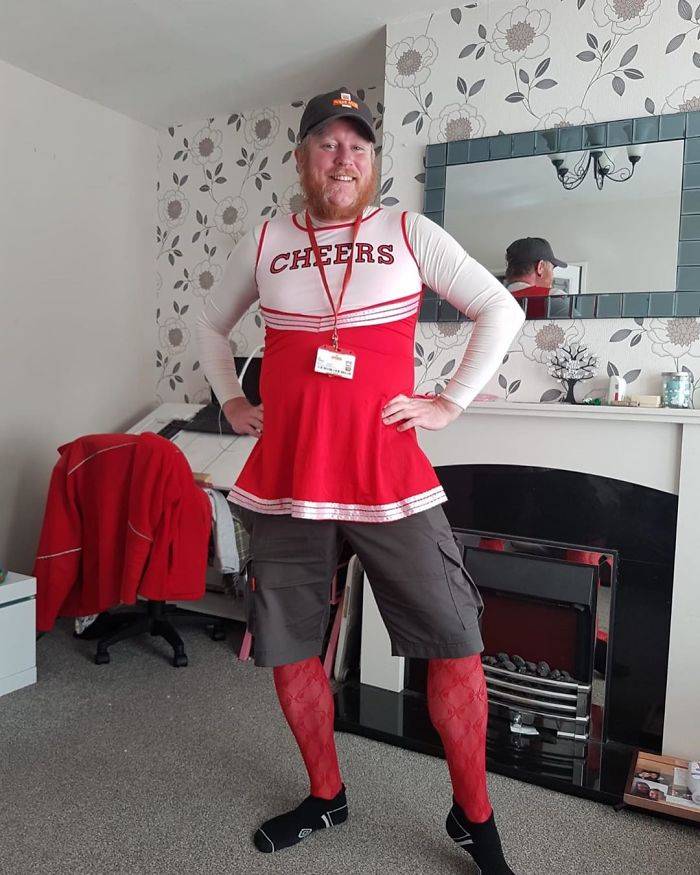 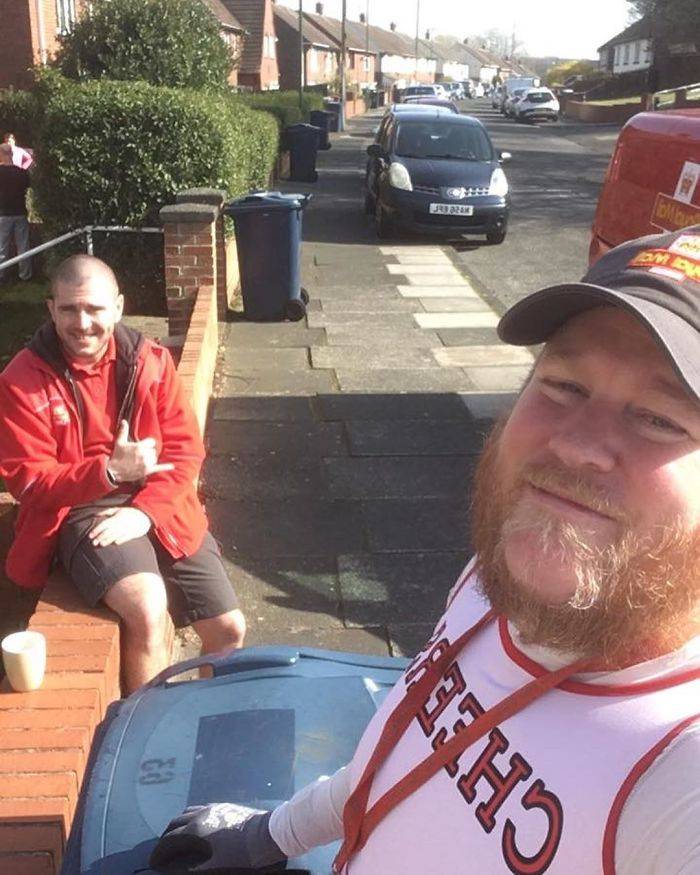 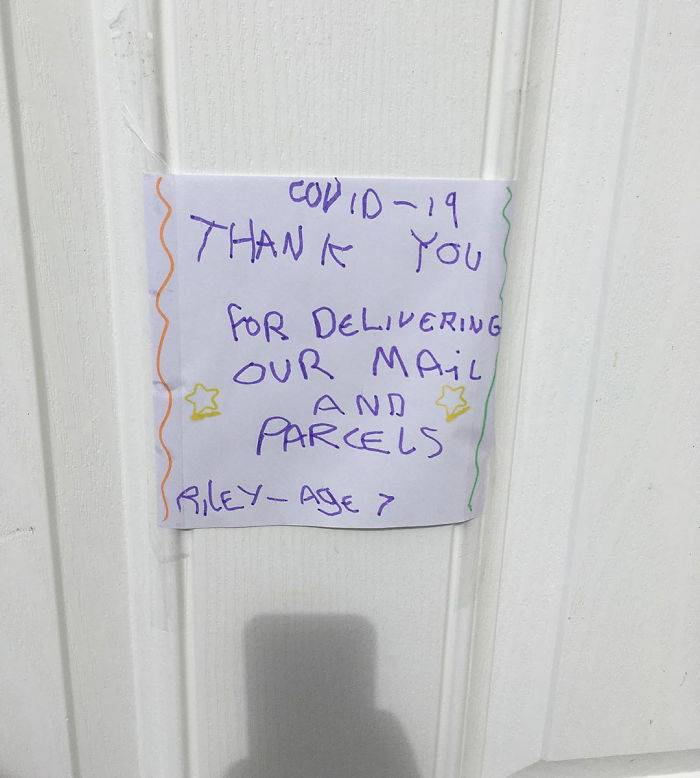 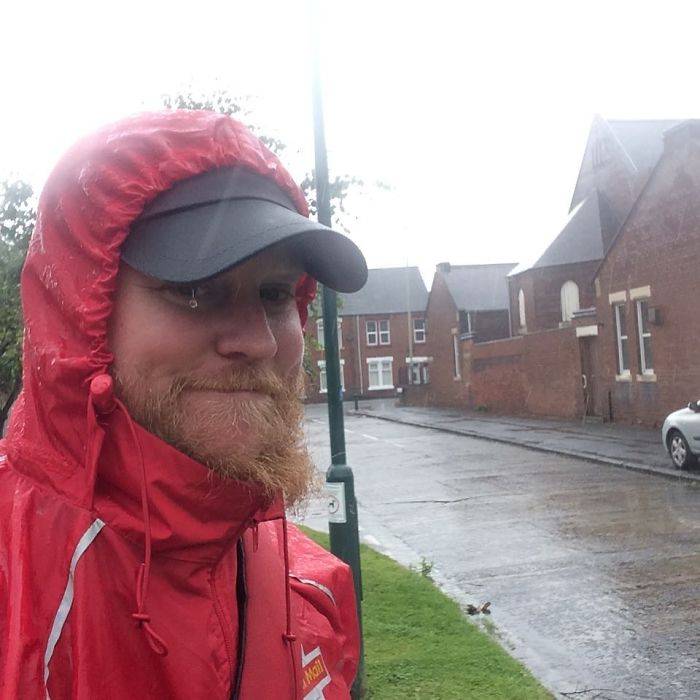 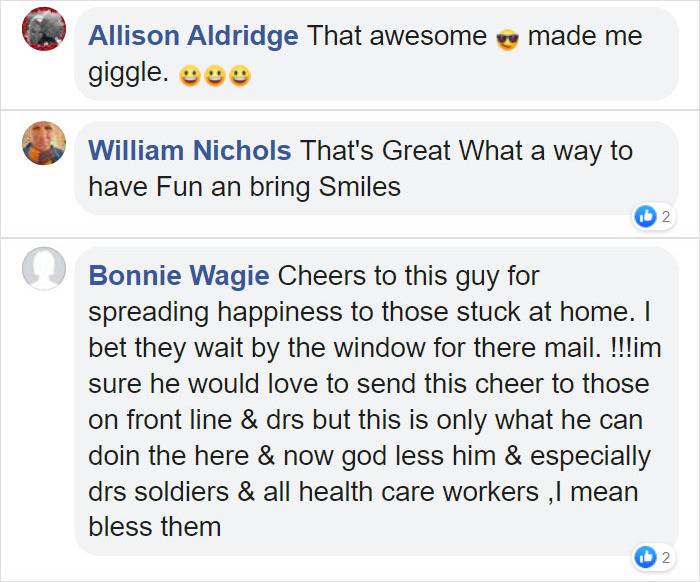