Posted by Sama in Cringey On 21st December 2021
advertisement

There is a reason why it is said that one should not follow trends blindly. An example is this incident where a girlfriend excitedly puts a pregnancy test strip in her partner's food to give him a surprise. However, more than being surprised, the partner looks disgusted after realizing that his food was ruined and it was actually pissed off. 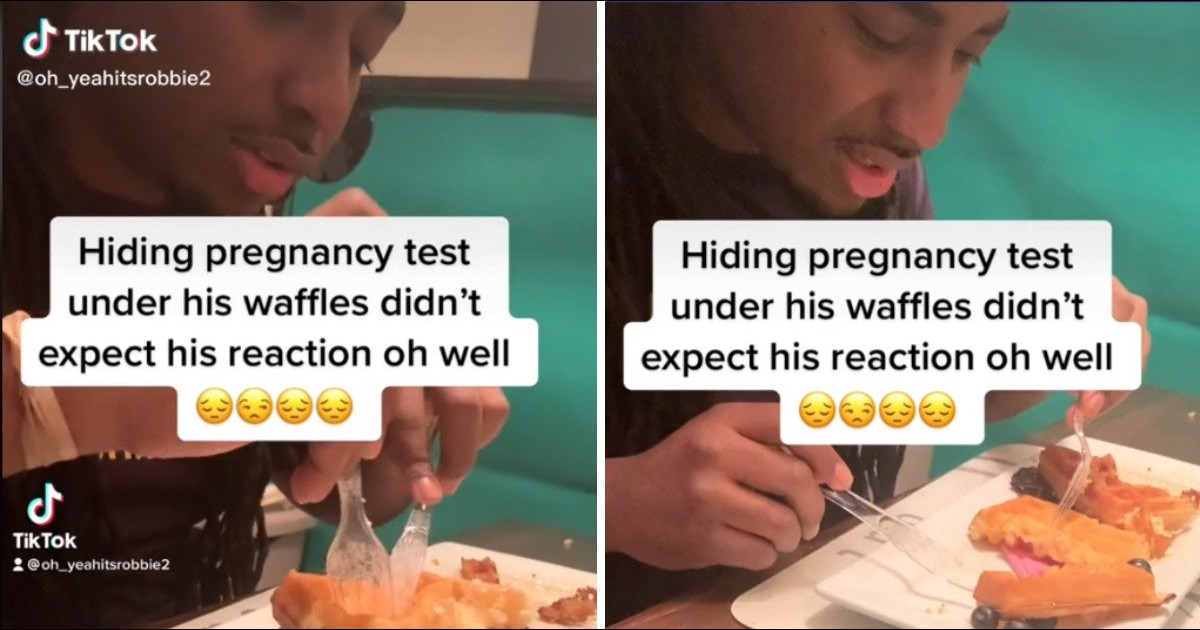 A woman's pregnancy test surprise backfired pretty badly as she hides her strip in her partner's waffles.

In a TikTok video, captioned: "I’m really sad", the newly expectant mother watches as her boyfriend digs into waffles, all the while complaining about how "hard" they are.

The clip was actually posted by a user who has a username @oh_yeahitsrobbie2 - the mother-to-be in question.

The boyfriend, whose name is not known, is seen in the video focusing on his food while talking to his girlfriend and he does not look happy as he can't seem to break his waffles. 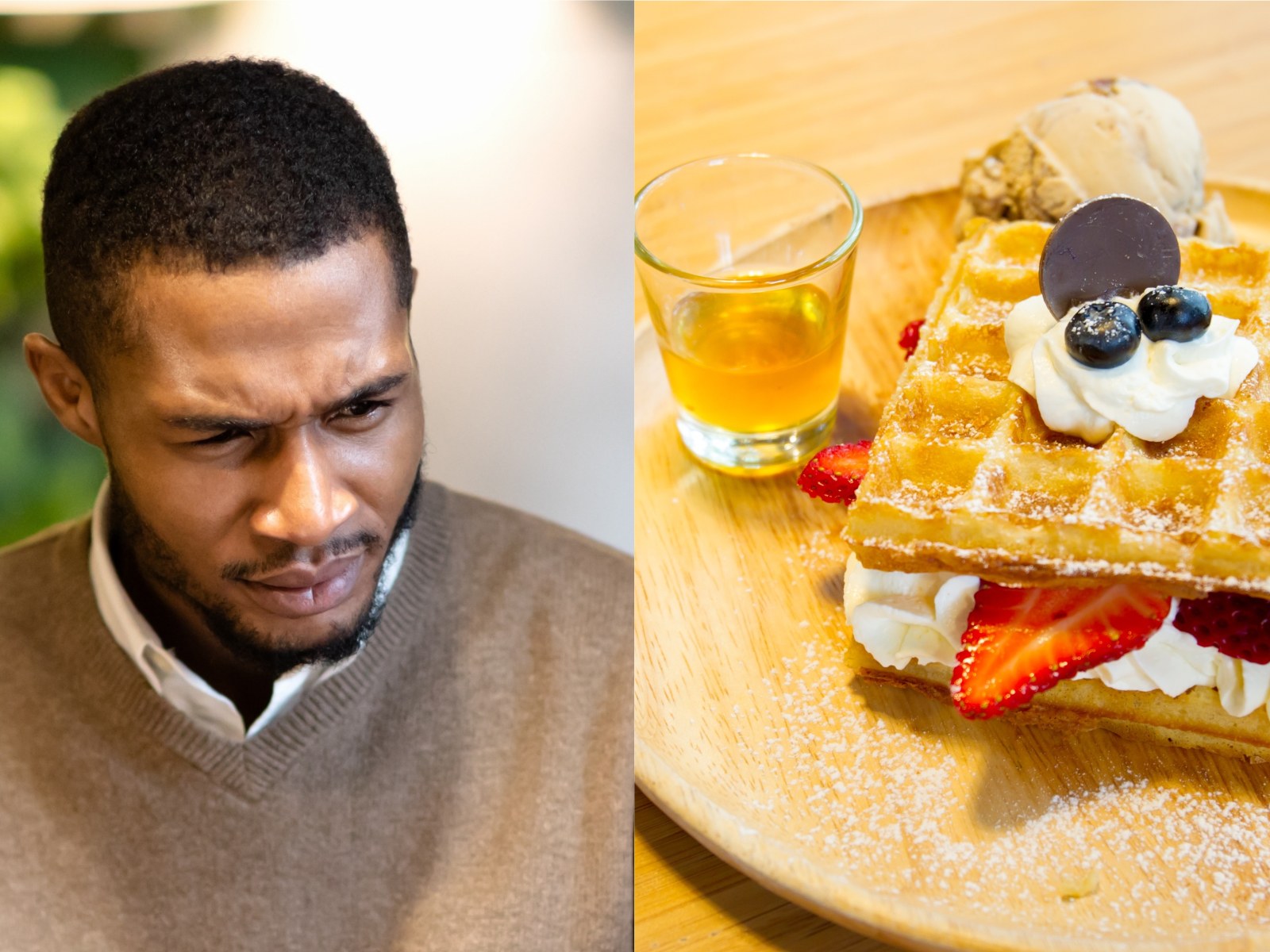 "Why is this so f***ing hard," he asks his girlfriend, who replies that the waffles shouldn't be hard as they have been smeared with butter.

He continues to proceed with a knife and a fork hoping that it will cut through. It was at this moment that he comes across a pink strip.

As he digs in a little further, though, his knife and fork come into direct contact with a pink pregnancy test.

"What is that?" he asks again, this time looking directly at his knowing girlfriend. 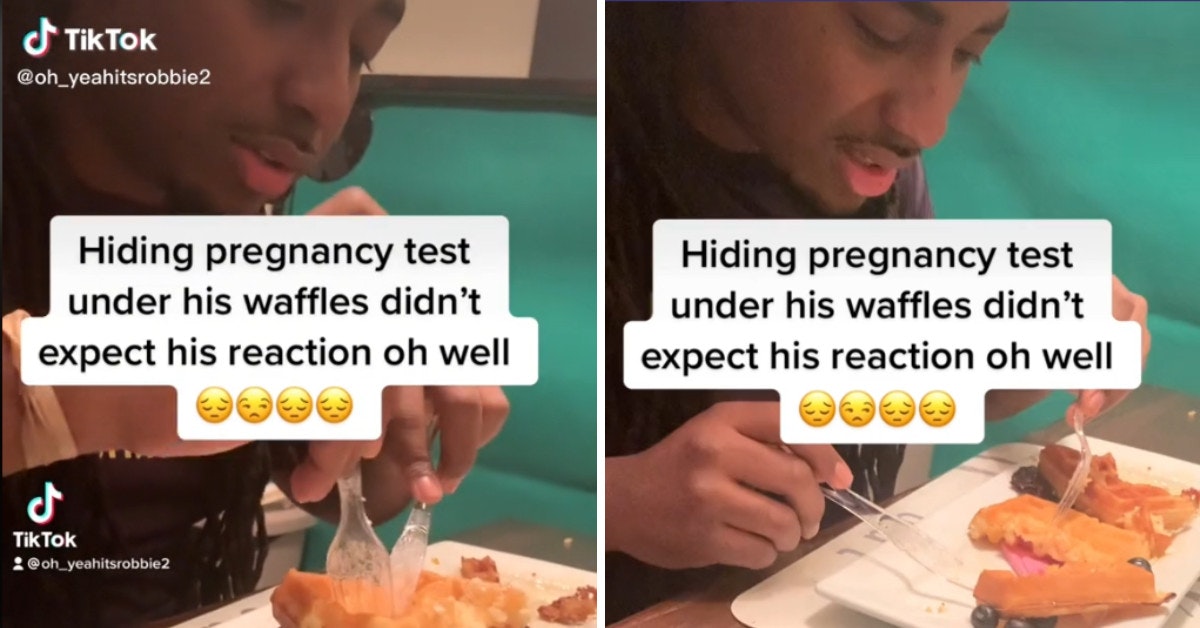 Excited, the girl responds "What does it look like?" prompting him to look down at his plate again to investigate further.

"Why is it in my food?" the boyfriend with now a horrifying face asks, to which the expectant mom laughs.

Finally, she tells him: "It's a pregnancy test."

"That means you're pregnant?" he asks, to which she responds: "Baby, yes. I just wanted to surprise you."

However, even though he is told that will be a father, the partner appears very upset with the fact that his food was ruined.

"Why did you mess with my food?" he asks.

"Damn, you sound like you're not excited," the disappointed girlfriend tells him.

"There's piss on there!" he says, with his partner insisting: "It's not piss, it's the drop kind."

"It's piss that goes in there though," the boyfriend continues.

He then goes on to exclaim: "You ruined my food!" 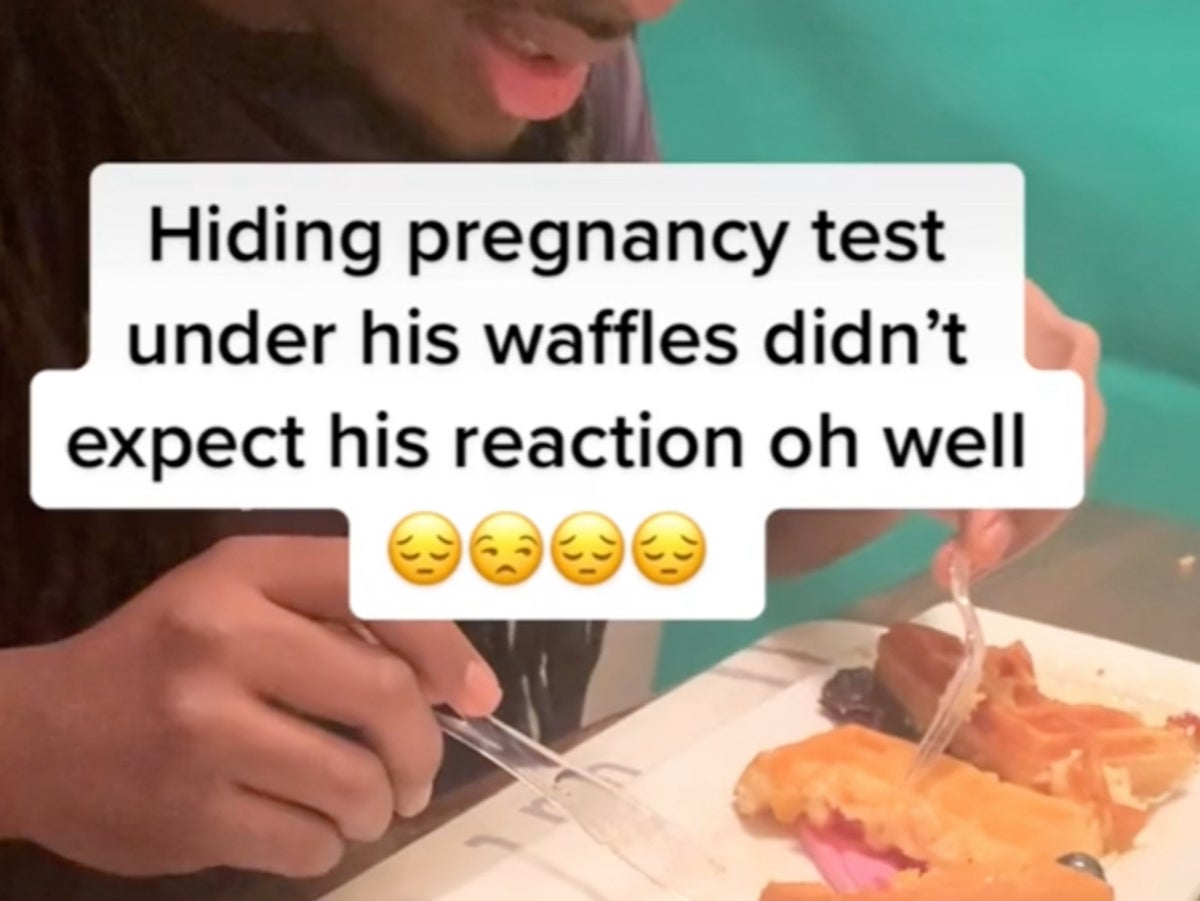 The majority of people in the comment section defended the partner, stating that had their food been pissed on, they would have reacted in the same manner, with one user writing: "I'd be mad if I got peed up waffles too."

Another wrote: "Girl in his food. You ruined the surprise by thinking that was a good idea."

"I'd be mad if I had pissy waffles too," a third said. 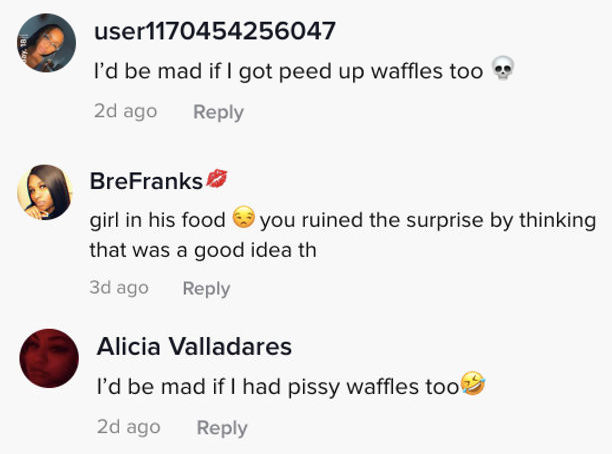