Priest Saved A Death Row Inmate, Who Served 20 Years In Jail, For The Crime He Didn't Commit

Posted by Zainab Pervez in News On 21st November 2020
ADVERTISEMENT

Joe D'Ambrosio accused of murder; spent more than 20 years in prison and, at one point, was just days away from execution - miraculously escaped his death.

In 1988, at the age of 26, Joe was accused of murdering 19-year-old Anthony Klann, whose body was found near a Cleveland creek, with his throat cut from ear-to-ear.

Police raided Joe's apartment after receiving a tip-off claiming he and two colleagues- Michael Keenan and Eddy Espinoza - were responsible for the brutal murder.

Espinoza after cutting a deal, ended with 12 years while Keenan and Joe were sentenced to death.

The trial lasted less than three days - making it the shortest ever trial in Ohio's history - and was based entirely on Espinoza's testimony. 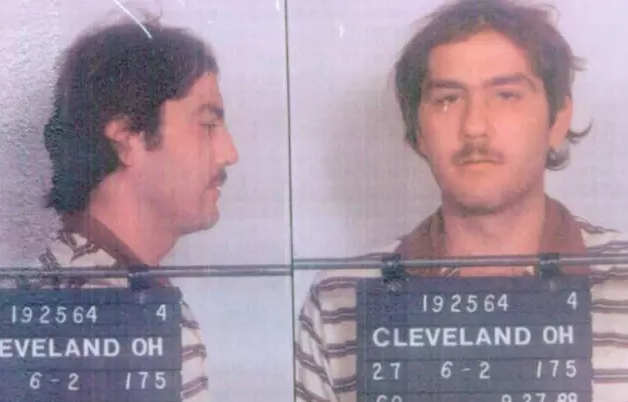 According to LADbible, Joe, who is now 58 years old, is seeking compensation from the state and is trying to put an end to the death penalty.

"After they arrested me, I didn't tell anybody that I was sitting in jail, because I kept expecting for them to just let me go," he tells the source.

"I was going to come back and be like, 'you'd never get a guess where I was' kind of thing.

"But in a blink of an eye, the next thing I know, I'm convicted, I have the shortest trial in the state's history - two and three-quarter days from, 'let's start' to 'die' " 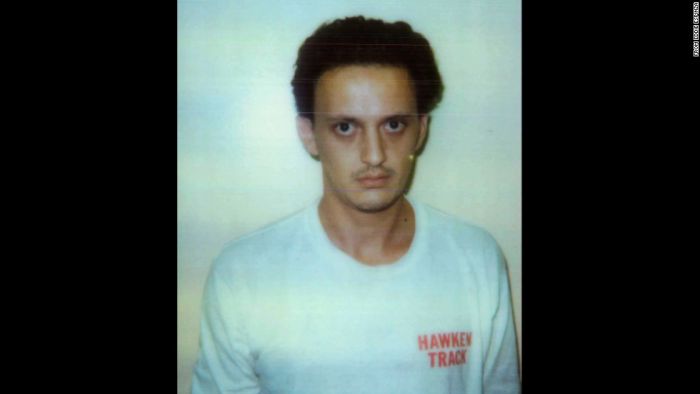 According to testimony, Michael Keenan handed the knife to Joe

He added: "Even after I got convicted, I kept expecting them to be like, 'you know, we got the wrong person', but it never happened."

After more than a decade someone finally took a chance on Joe.

It was when Joe wasn't allowed to attend his mother's funeral, Father Neil Kookoothe, a former lawyer and nurse, offered to take Joe through. 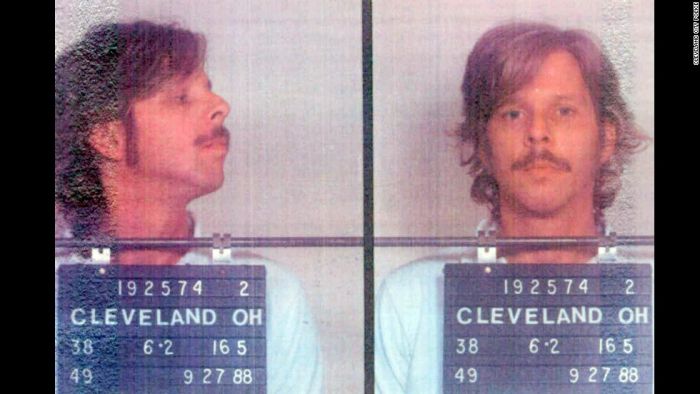 "I'm thanking him profusely for doing this, but I'm like, 'you have to help me, they're trying to kill me, and I didn't do this'," Joe explains.

"And it wasn't until I told him how short my trial was that the attorney in him kicked in."

Father Neil says he couldn't believe how little time it took for the trial to convict someone of murder and sentence them to death, so he started doing a little investigation found that Cuyahoga County prosecutors had hidden evidence that would have saved Joe's life. 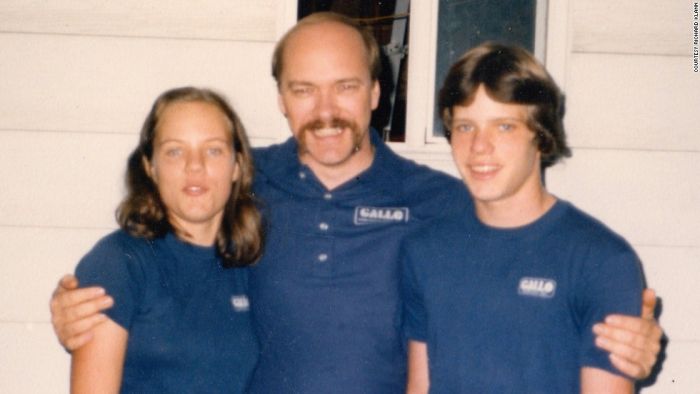 He said: "A death penalty case usually has 15 volumes of material for a trial that is four to six weeks long. And when he told me that they spent two and a half days on the trial, with just one volume that recorded the whole history of that trial, I was stunned.

"Joe had a copy of the trial volume in there and asked me to take it home."

Evidence, which was based on Espinoza's testimony of that night, alleged that Klann had his throat slit and then ran away screaming for help.

But according to Father Neil, this just couldn't have been the case. 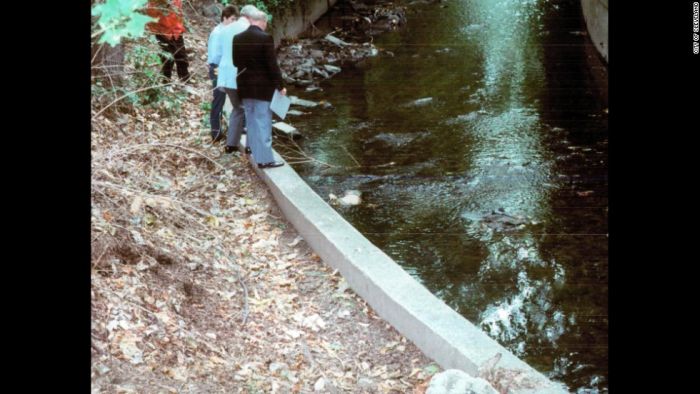 Father Neil Kookoothe, a former lawyer and nurse, offered to take Joe through.

He said: "It is physiologically impossible that he was screaming. I worked with trachea patients every day as a critical care nurse, and when your trachea is compromised, you can't talk. Yet the coroner took the stand and said he was running away from his perpetrators screaming for his life.

"And I thought to myself, if that's wrong, what else is wrong in the case?"

This further brought him to disclose more information about the case, and bring to light the details, that have been withheld by the prosecution, comprising of a very crucial point that the man who tipped off the police about Joe's alleged involvement in the murder was a suspect in a rape case in which Klann was the key witness.

On top of that, the prosecutor in both cases was the same person, who said he saw 'no connection' between the two incidents. 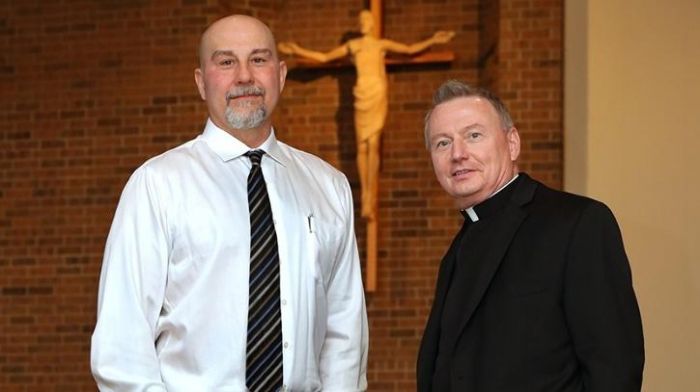 Joe, who is now 58 years old, is seeking compensation from the state

Father Neil said: "I was down at the county courthouse sifting through microfiche files, and the very last file that I looked at was Anthony Klann's, and I saw that he had witnessed a rape.

"And I'm, like, 'whoa, wait a minute, where did this rape come from?' It hadn't been heard before."

He added: "My heart just went down into the depths of my stomach, because had this been heard back in 1988, in the court case, it might have saved somebody from being in prison for 22 years."

In addition to other physical evidence, it was this missing piece, that overturned Joe's conviction in 2006.

Even so an appeal had been made by prosecutors to have the decision overruled, Joe became the 140th person to be released from death row since 1973. 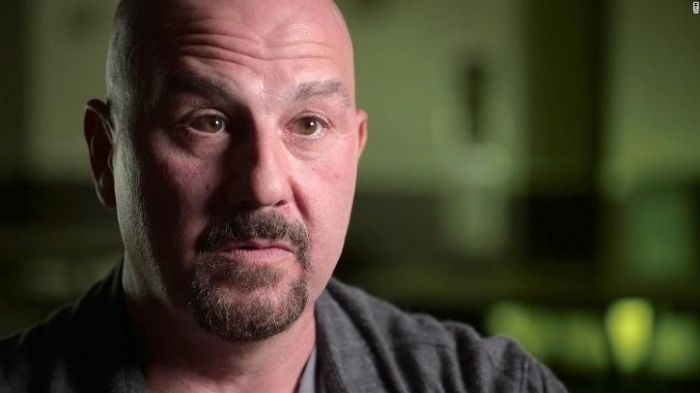 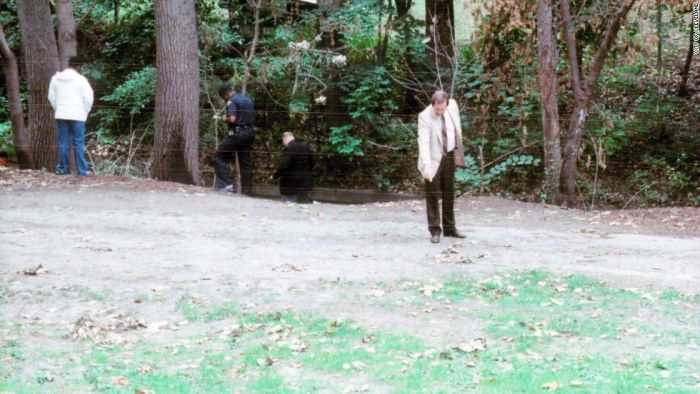 "The funny thing is that 80 percent of the evidence that freed me was in three places, the prosecutor's file, the police file, and the coroner's file. It was there all along," Joe says looking back.

"And once they execute you, they get to destroy that evidence. And it would never would have came out that I was innocent. I would have just been another one of those butcher murderers who they put down like a dog, and they would have been happy with that.

"Nobody would have ever known that I was innocent."

Though he has escaped execution, death row left its mark on Joe.

"All you do is interact with other death row inmates, and they're all stuck.

"So you don't get that growth of experience and everything else."

Adding: "It's still hard, especially when you're doing something physical. I'm 58 now, about to be 59, but I still think my body can do things that I could do when I was 26."

And despite now seeking money for having been 'wrongfully imprisoned', Joe knows that nothing will give him back what was taken from him. 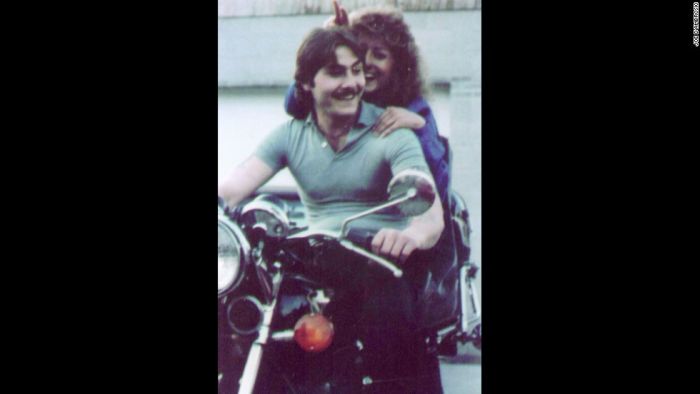 He tells LADbible: "No amount of money can ever make up for the time I lost. I lost 80 percent of my adult life - I grew up in prison.

"But I'm alive and free. And that's why I'm happy. I don't have a death sentence over my head. I'm out, I can do whatever I want, I can go wherever I want. And that's just overwhelming.

"So I have forgiven everybody but the prosecutors for what they did to me, I'm still having a hard time forgiving them because they're still doing it. They still call me 'the murderer', 'the butcher', you know.

"They still sit there to this day and say I did this. And it's hard to forgive somebody who's calling you a murderer."

His ex-colleague, Michael Keenan, was also released from prison in 2012, after a judge dismissed his murder charge.

However, Anthony Klann's killer, to this day, has not been brought to justice.