A man went into a sudden outburst at Miami airport where he started attacking bystanders and shouted racist slurs. He has since been taken into custody. 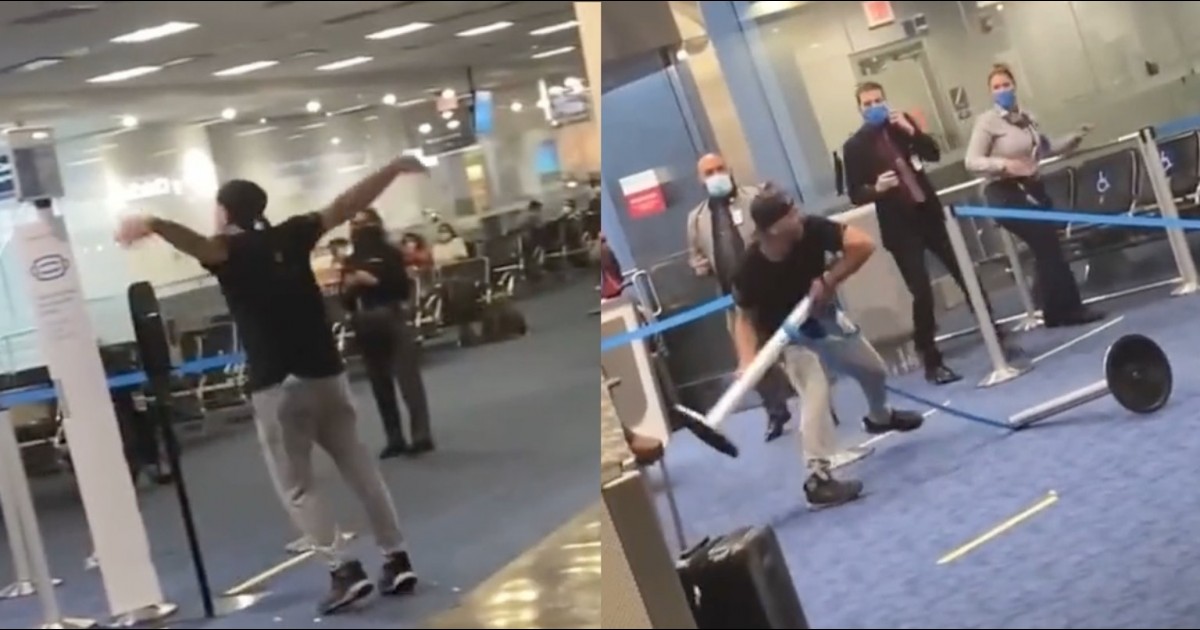 A video taken at Miami international airport shows a man in the midst of a screaming rant where he is shouting racist slurs at bystanders.

He then proceeds to threaten to fight people and moves around aggressively. 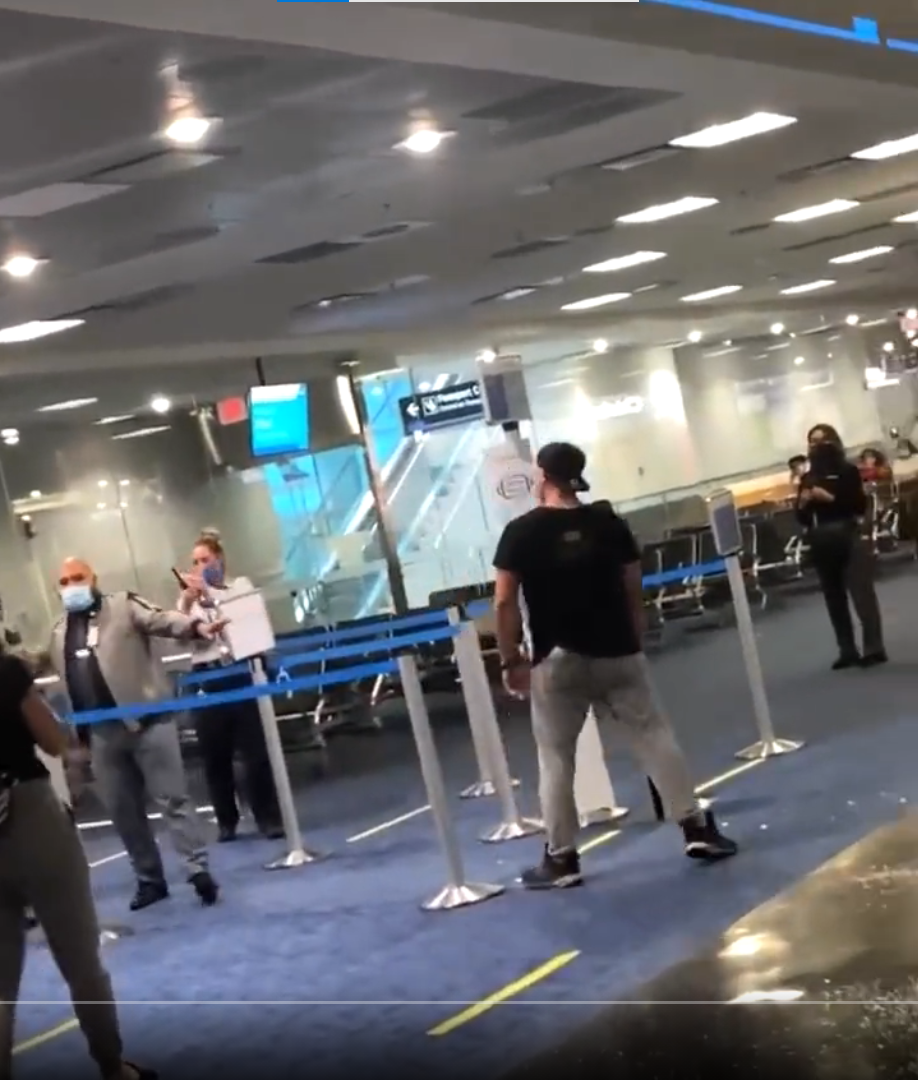 He then escalates the situation by getting in the face of an airport official in an attempt to aggravate them. 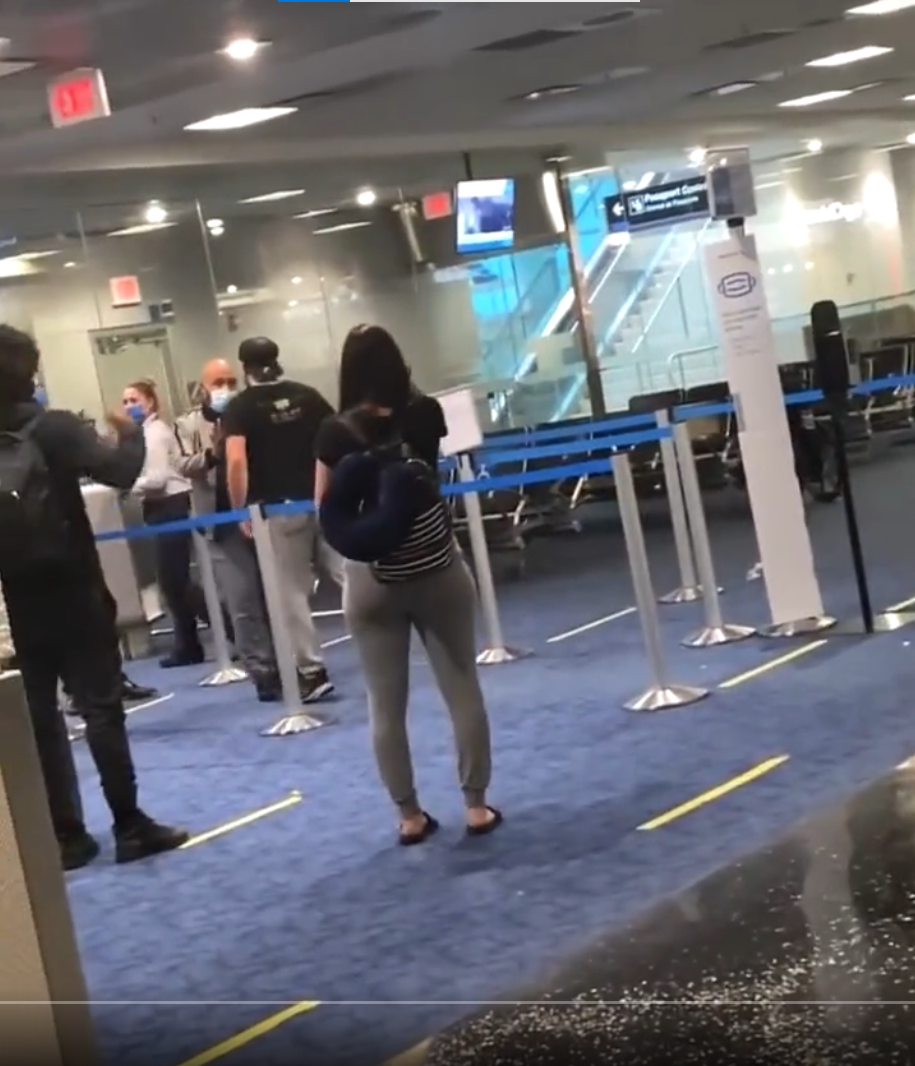 He then creates distance between himself and the man but continues to shout at him. 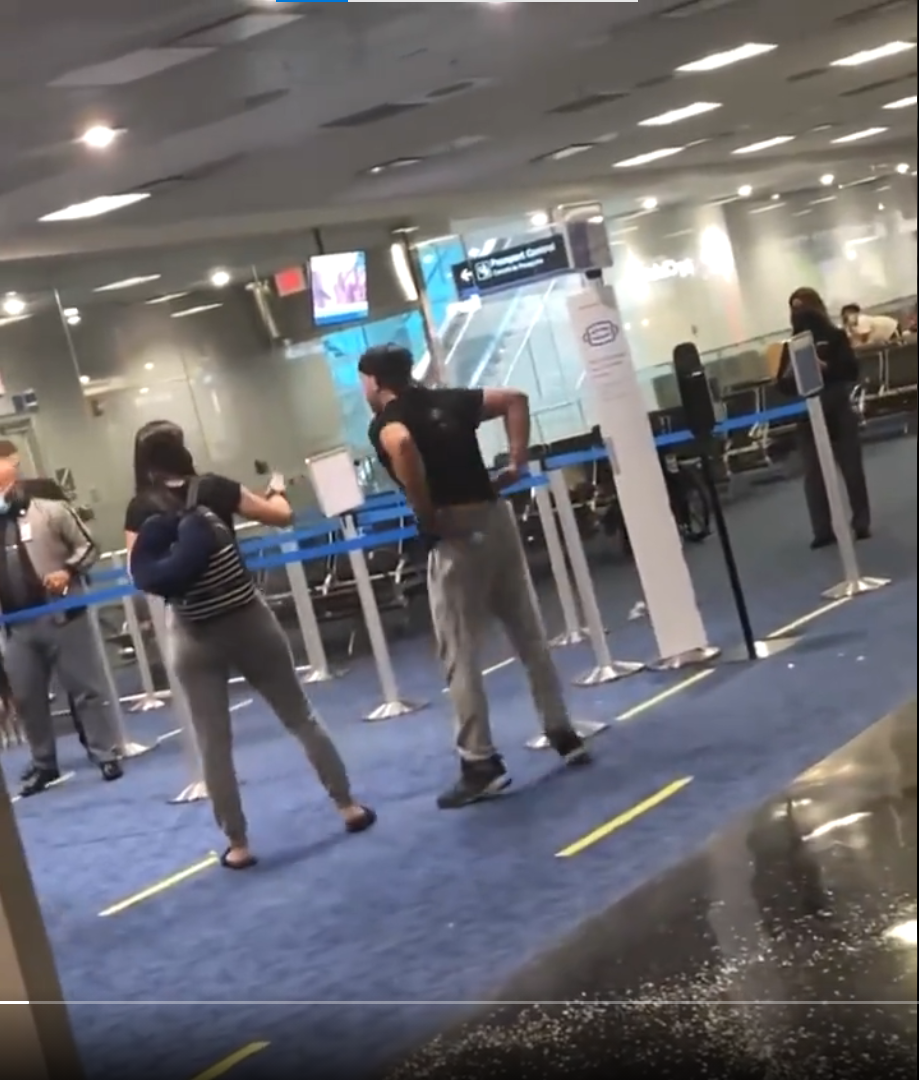 The man then grabs hold of stanchions which he starts throwing to the ground and threatens staff who are attempting to talk him down from his outburst. 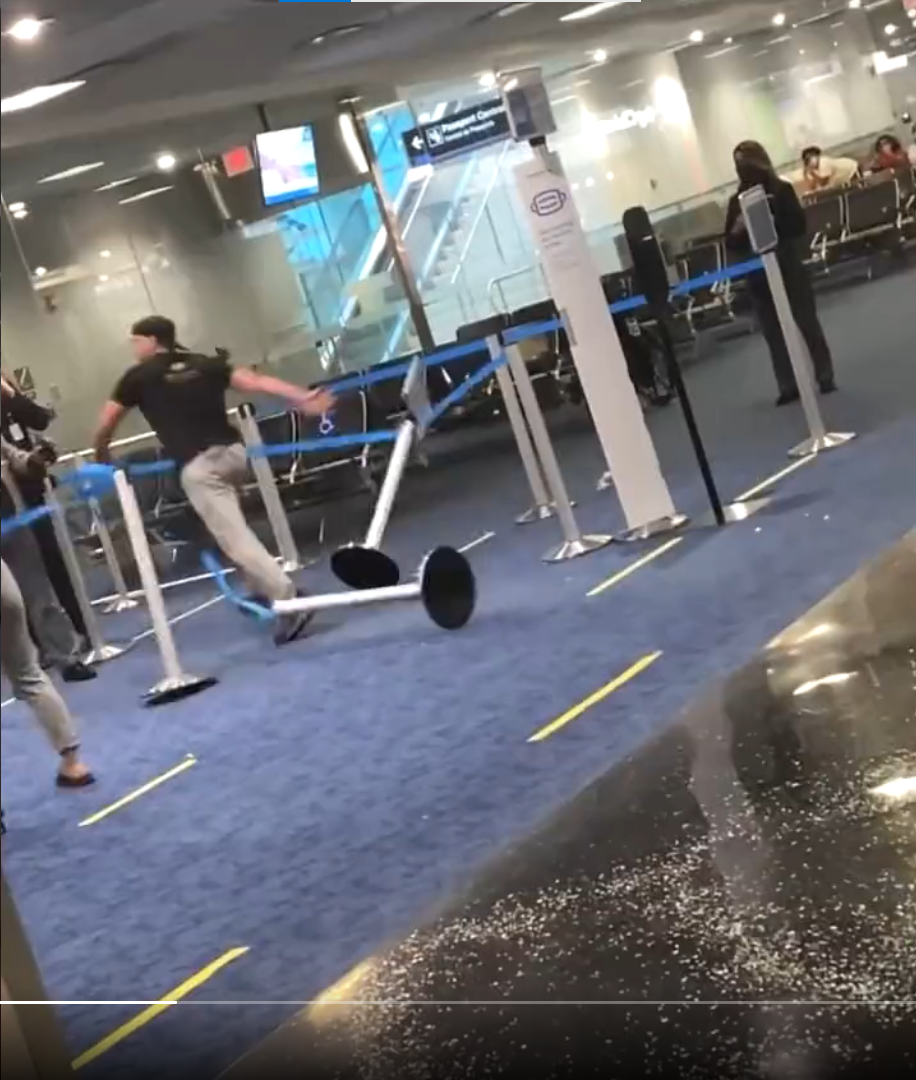 He then picks up another stanchion and swings it around as onlookers brace themselves. 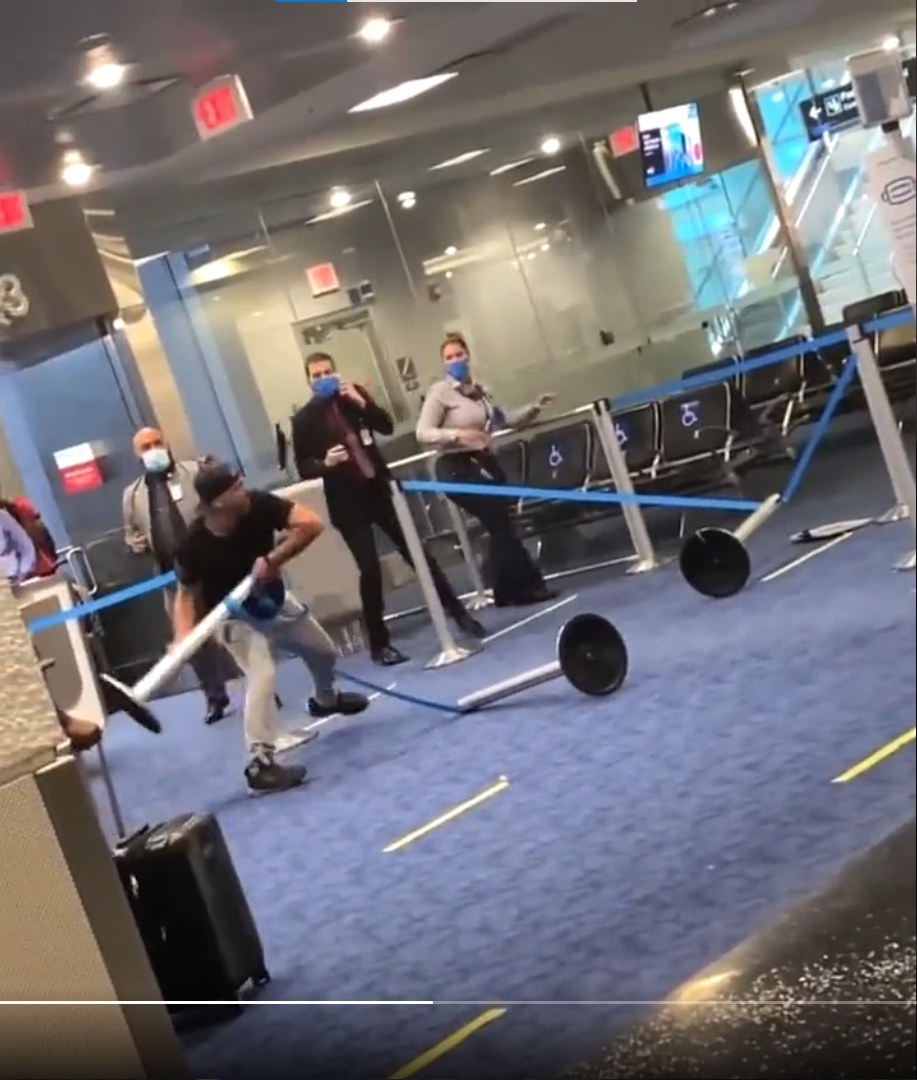 The man then goes to the other side of the lobby to kick down a wet floor sign before returning to his original spot. 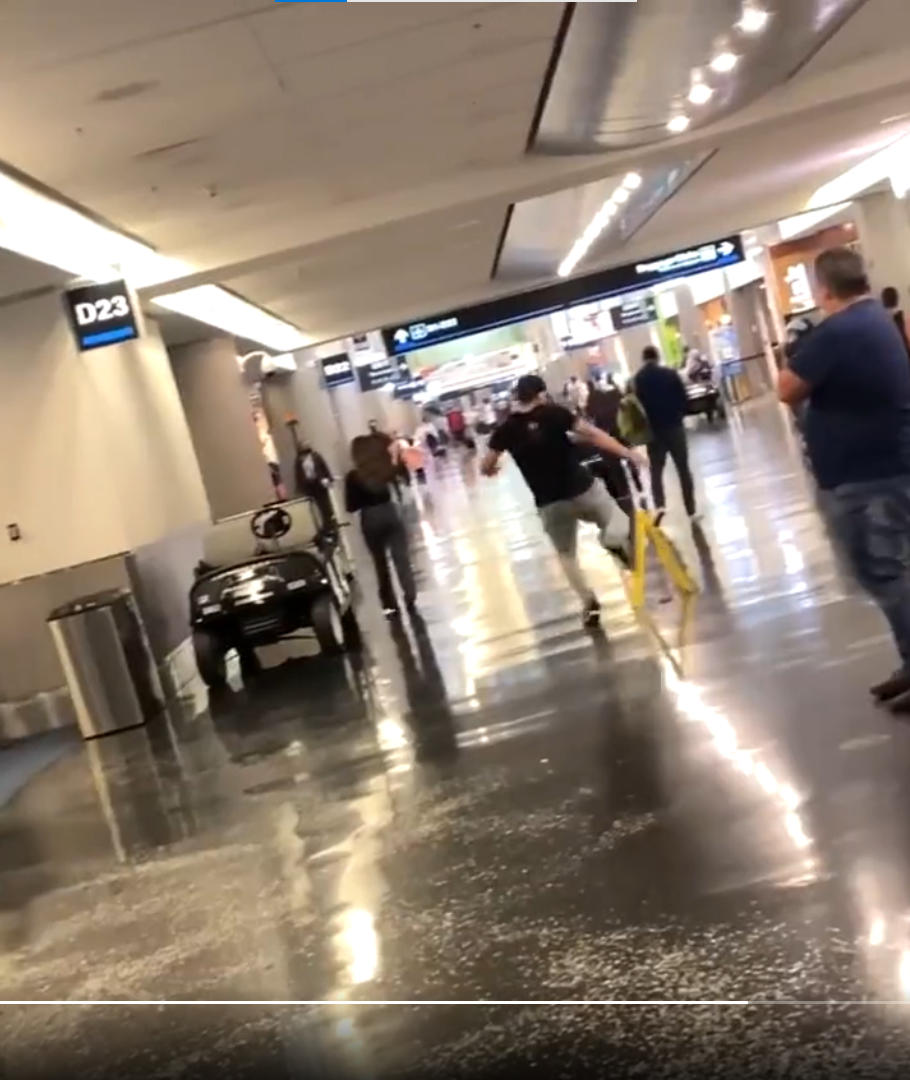 In an attempt to punch the man he was threatening earlier, he loses his balance and proceeds to fall to the ground. 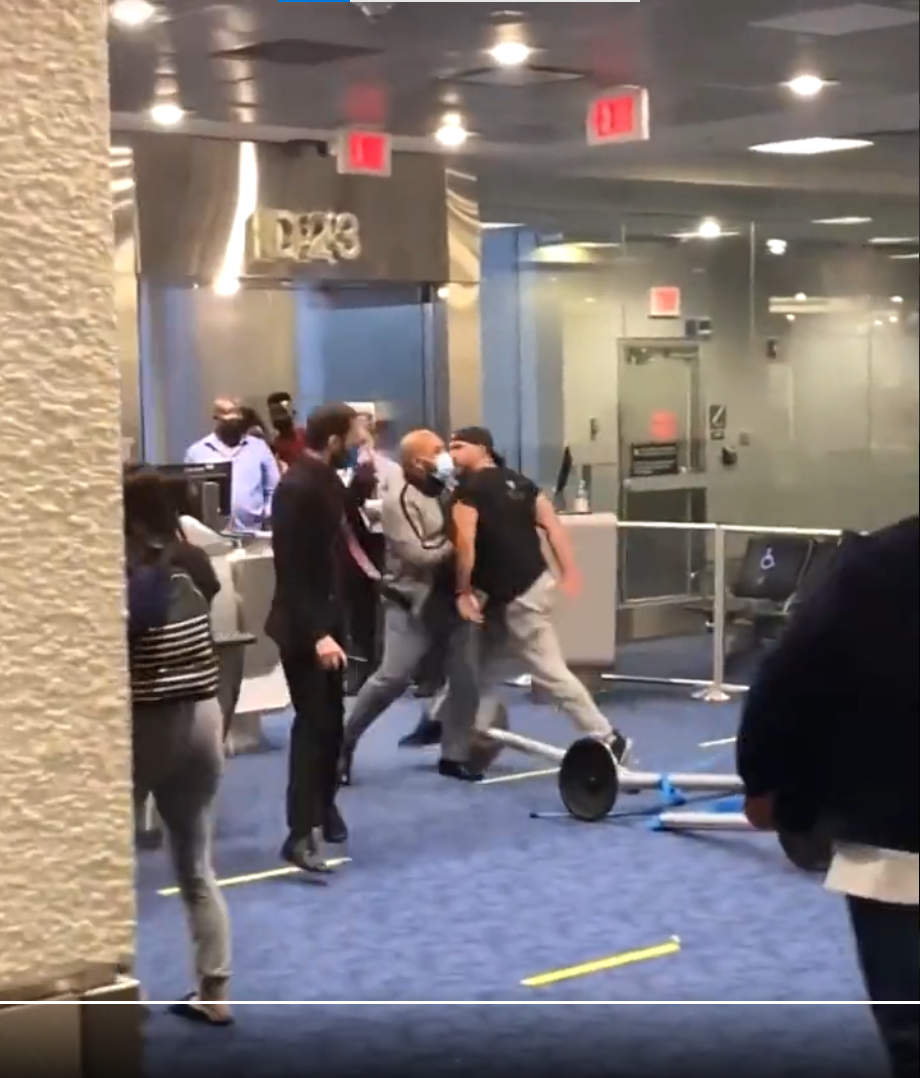 It was at this point that authorities finally arrive on the scene to arrest the man who was later identified as a veteran.

Viewers initially assumed that his lack of mask was the reason for the outburst but it was later revealed that he had an earlier altercation with his girlfriend and that he was turned away from his gate for arriving intoxicated.

I'm fine with taking off my shoes, emptying my pockets, opening my bags in front of everyone, being felt up and the possibility of a body cavity search and 12 hr interrogation without an attorney, but forcing me to wear a mask just goes too far.

It was presumed that he had been going through a mental crisis and was wheeled away on a medical stretcher.

Military veteran. Mental break down. Highly drunk. He was put on a stretcher and taken to a psychological facility to get evaluated.

While people understood that he was a veteran, they were unwilling to excuse this sort of behaviour.

Absolutely no excuse for bad behavior , he needed jailed not hospitalized