A video showing a woman taking a video of a black man minding his own business has since gone viral. The infuriating footage shows her smugly recording his actions for seemingly no reason. 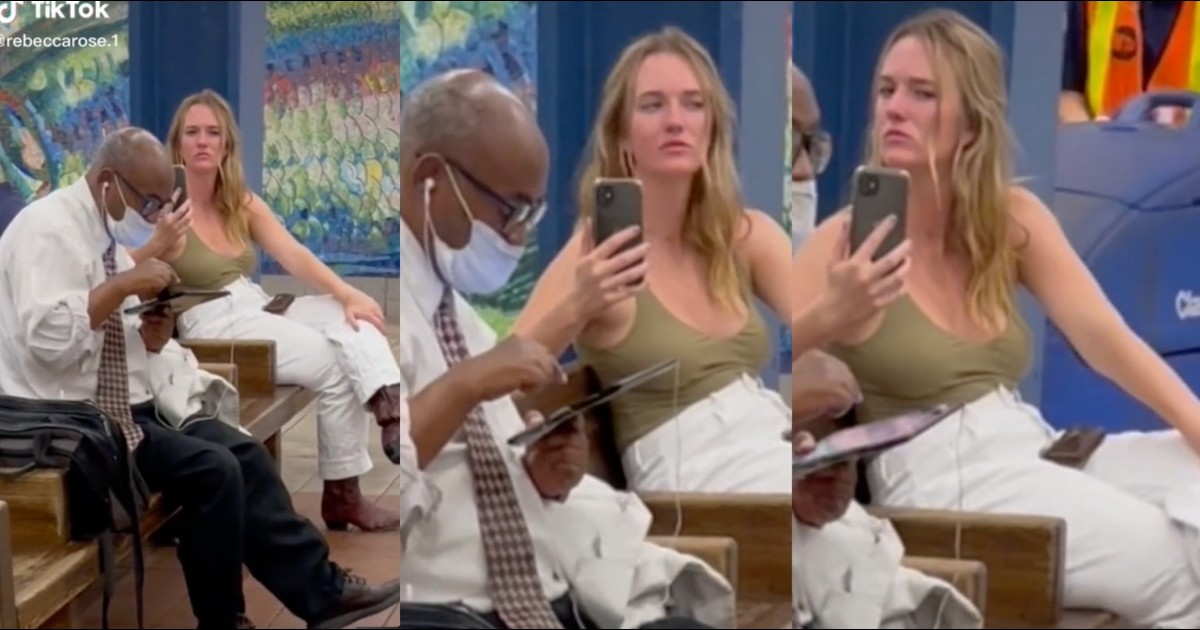 A TikTok video taken by a user named @rebeccarose.1 has gone viral which shows a woman sitting at a subway station taking the video of a black man who is minding his own business.

The man is in his business clothes working on his iPad as the woman holds up her phone and records his every move. 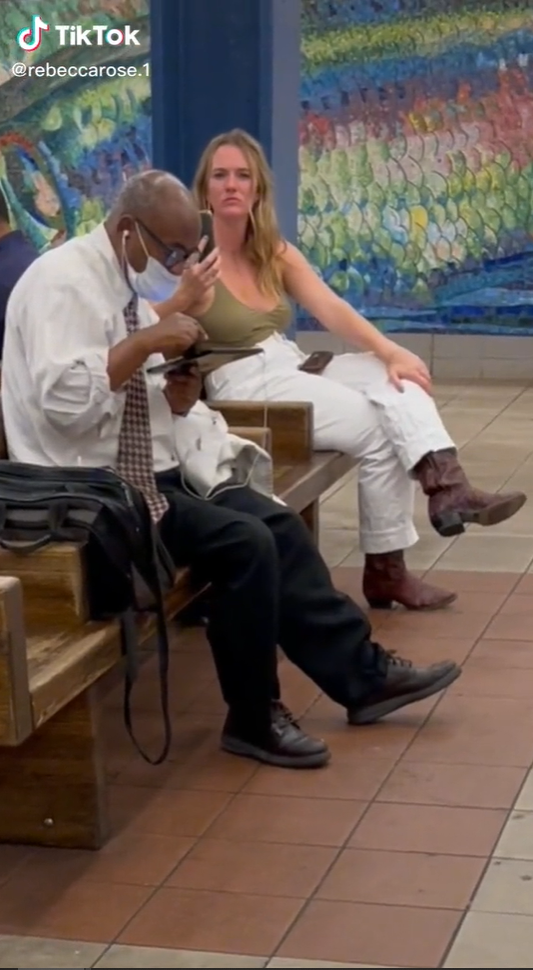 The man is sitting two seats away from her. The narration of the video says, “When you’re Black, you’re never really lonely because there will always be a white woman up in your business,” 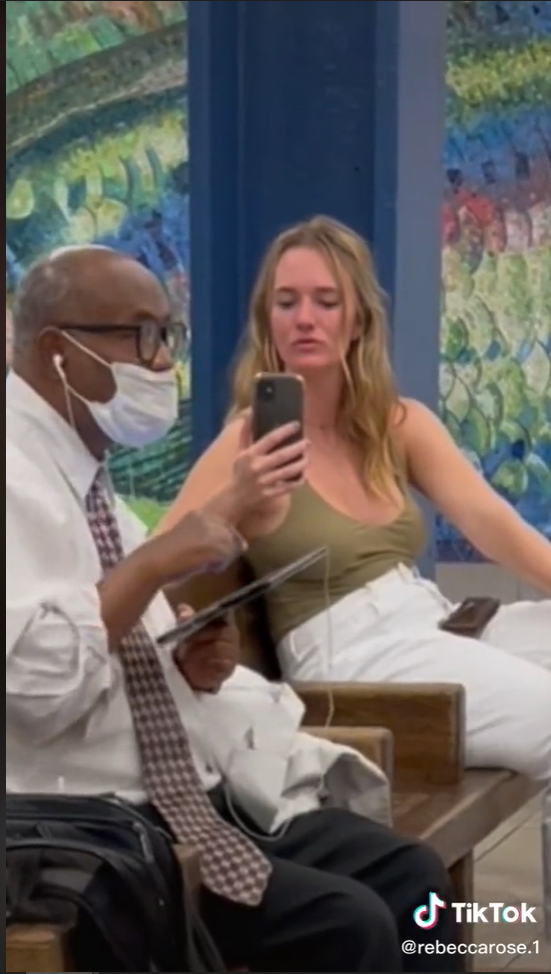 The woman is seemingly intentional and brazen with her recording and is holding her phone two feet away from the man’s face.

The man throughout the situation does not react to her behaviour. He looks up several times but does not address her. 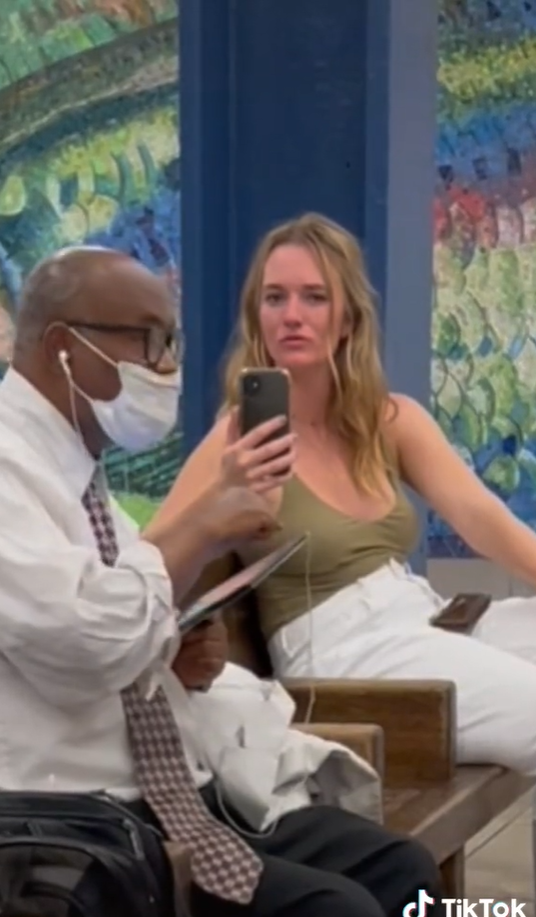 While there is no context as to what happened prior to this video, people find the whole interaction unsettling and strange.

Commenters also found the moment she realises she is being recorded as well hilarious.

Most however asked the question that was on everyone's mind; why was she recording him in the first place.

People also pointed out that the man was doing nothing and simply going about his day.