Posted by Sama in Bizarre On 7th April 2021
ADVERTISEMENT

An Australian restaurant manager is facing heavy backlash and criticism for promoting racist behavior at his eatery. The screenshot of his Snapchat has gone viral on social media and he was forced to issue an apology for his crude remarks. 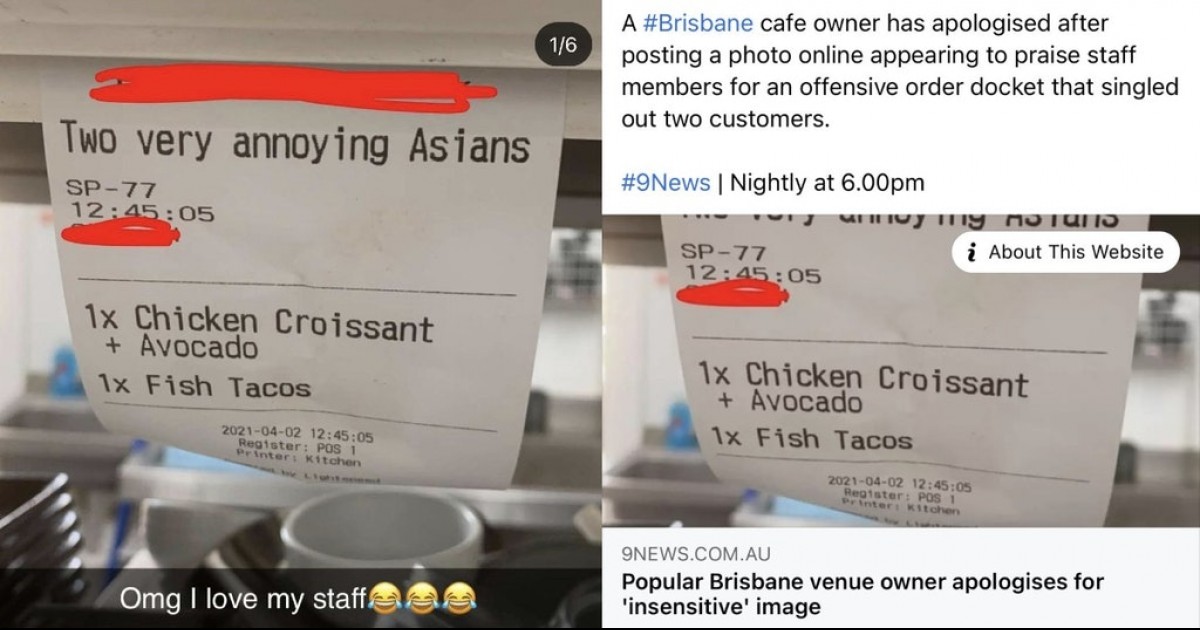 An Australian restaurant in Brisbane is facing heavy criticism for a Snapchat picture that has gone viral for making fun of Asians. The picture was uploaded by the manager of the restaurant with a captain stating how proud he is for his staff with the receipt describing two customers as 'Two very annoying Asians.'

The manager posted an image of this receipt on Snapchat with the caption “Omg I love my staff” and three cry-laughing emojis, however, gladly one of his employees did not find this funny at all and was the one who called out this disgusting racist act. 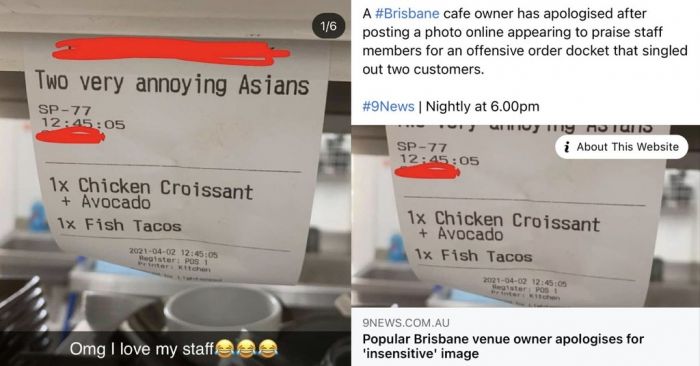 “If you wouldn’t want customers to see it you probably shouldn’t do it,” the employee pointed out.

“Oh get a grip,” the manager replied initially. “It is just a joke.”

“But you’re the manager,” the worker said. “It’s your job to call out behavior like that. It’s unprofessional and inappropriate.” 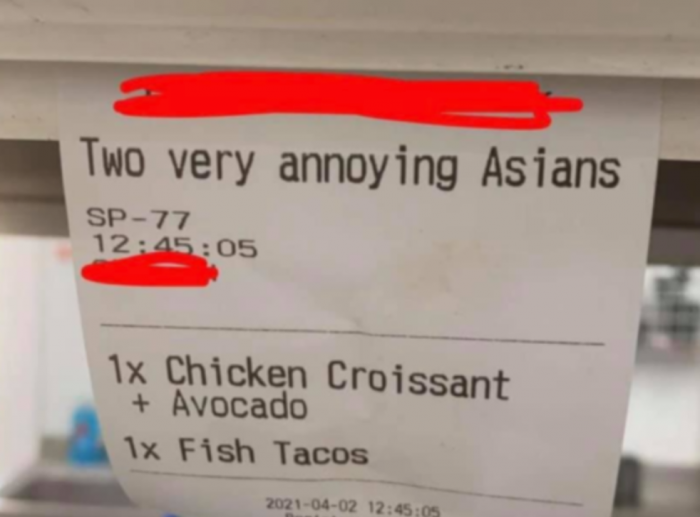 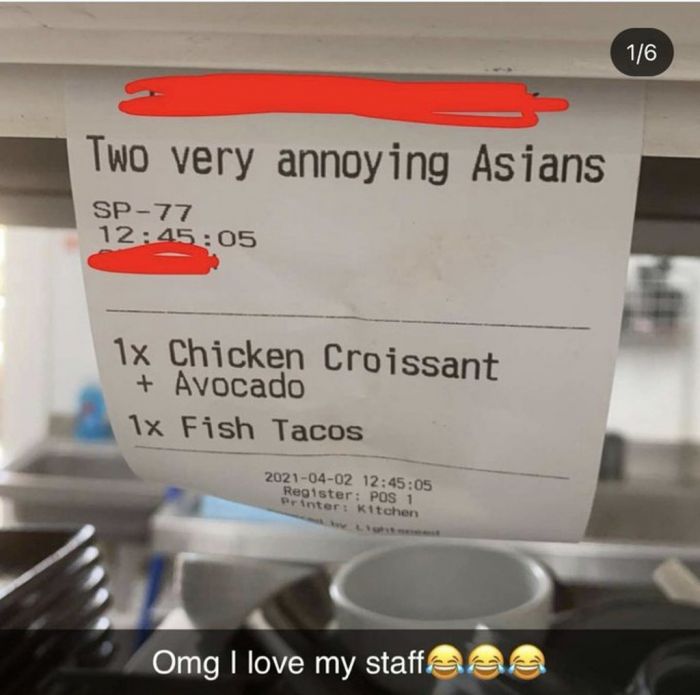 After being slammed for his tone-deaf comments, the manager was quick to change his statement and issue an apology.

“I personally wish to apologise for the offence and hurt caused,” he told the Daily Mail Australia. “I’ve been a business owner in the area for more than six years, personally and professionally invested in diversity. I’m deeply disappointed and embarrassed at my actions as they go against everything I pride myself on. Internally, my team and I will do better to ensure we uphold the diversity and inclusivity that is at our core.”

A Brisbane cafe owner has apologised after a photo of a receipt surfaced on social media, describing two customers as “very annoying Asians”. @10NewsFirst @10NewsFirstQLD pic.twitter.com/s5oYNeENJt

Reportedly the manager is also the joint owner of the restaurant in question.

With the statement changing so quickly, it has left people wondering if the manager even made the apology full-heartedly?

They’re not sorry. They’re sorry they got caught

Today I saw a QLD business owner encouraging racist behaviour amongst staff who labelled customers as “two very annoying Asians”. Immediately enraged and very frankly at my breaking point regarding all this anti-Asian hate, murders, attacks, and racism, I did something about it. pic.twitter.com/rxskADrCs6