Restaurant Will Ban Any Customer Who Smells Like Weed

If you smell like marijuana don't even think of stepping inside. 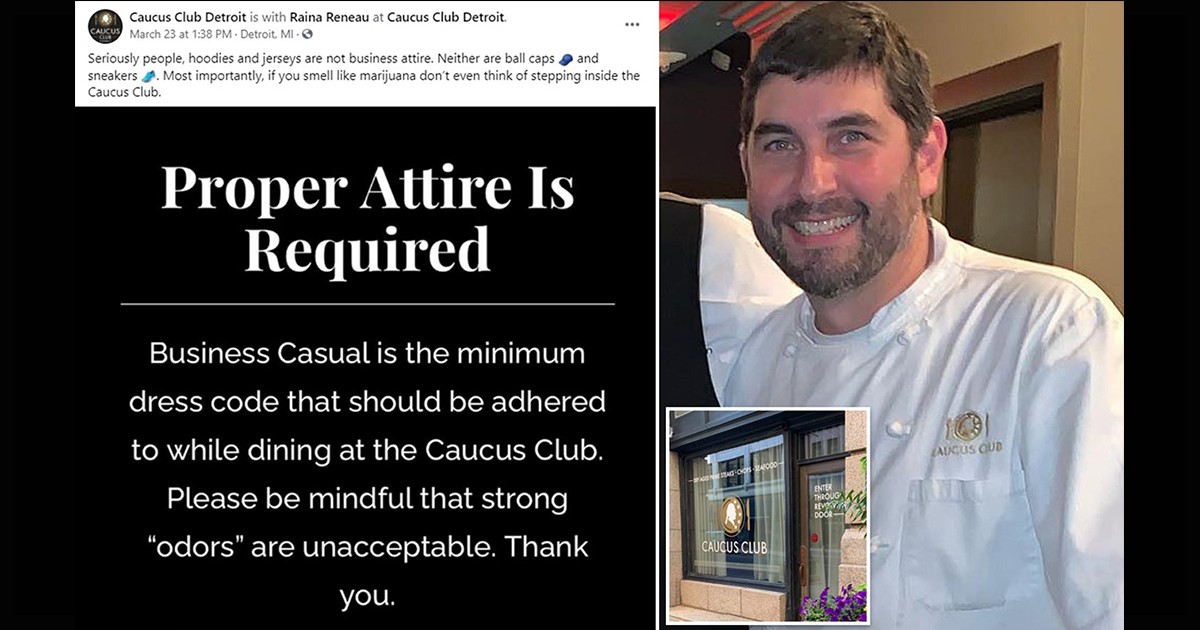 The Caucus Club Detroit, which is owned by local man George Sboukis, warned patrons that they can't step a foot inside if they smell of marijuana. 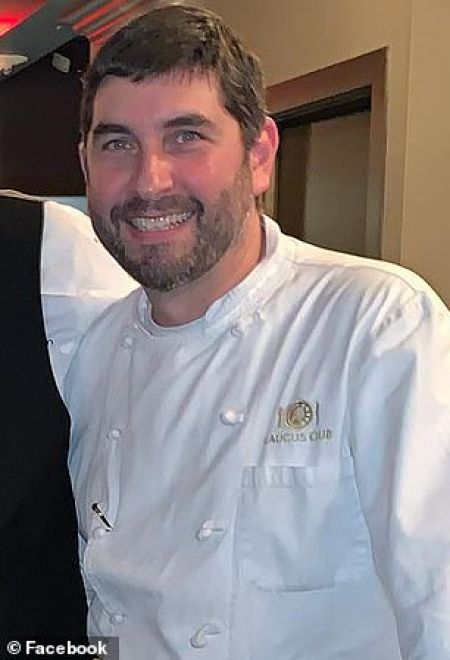 In a Facebook post about the restaurant's business casual dress code, Caucus Club Detroit said: 'Seriously people, hoodies and jerseys are not business attire. Neither are ball caps and sneakers

'Most importantly, if you smell like marijuana don't even think of stepping inside the Caucus Club.' 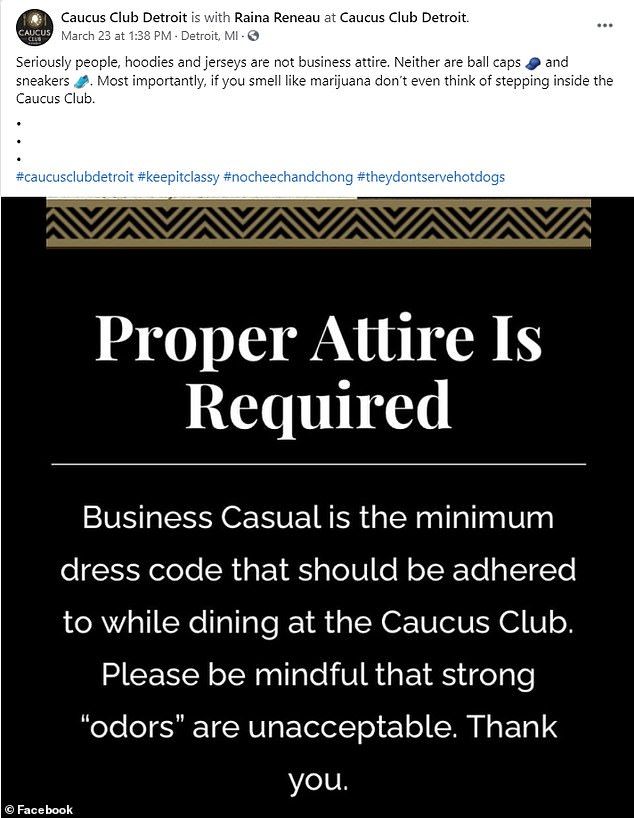 The post has already attracted nearly 1,000 comments. Many have praised Sboukis for cracking down, in particular, on the smell of weed, which is now legal to buy in the state of Michigan.

A few, however, said the small of marijuana was no different to alcohol on someone's breath or cigar smoke. Some even branded the decision to ban the smell of weed as racist.

One supporter said: "I know it's not a popular stance, but I for one am hypersensitive to strong smells like marijuana, cigarettes, and cigars. I literally have a physical reaction to them."

Another added: "I totally agree with you..that smell...is disgusting and you shouldn't go to any establishment smelling like that or your job. Just because it's legal.. you don't have to flaunt it...and the dress code...it's not cool...dress for the occasion."

But loads of people reckon it could be thinly veiled racism, with one person writing: "Lol don't smell like weed is this a joke? and could have left it at business attire cause we all know what the description sounds like or is trying to say lol."

Another added: "Just come out and say what kind of people you don't want at your restaurant, no need to tip toe around what you really mean."

It was a reminder with a little bit of sauce just to get people's attention. I don't mean any harm by it," Sboukis said. 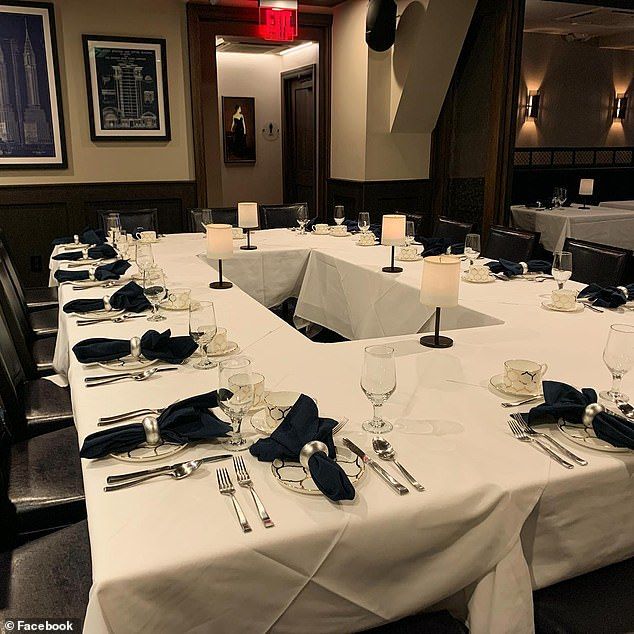 "We've had people celebrating their 50th (anniversary) last week, the week before that. They're getting dressed up, they're putting on an evening gown, their earrings, their best suit. They're coming out to celebrate and they expect to be surrounded by like-minded guests."

"I'm really offended by that both personally and as a citizen. For starters to try and insinuate that any group of people is incapable of following a code, is in itself a racist statement," he said.

"If you scroll through the social media, you'll also notice a big hole in my family -- my adopted son died two years ago this May. He was 21. He'd be 23 now, and he died in a car accident. He was of African and Greek descent, and he was, that's my family."