Revenge Is A Dish That Is Best Served Cold

It is never cool to find out that your significant other has been cheating. You might find yourself contemplating some serious revenge. Sometimes this revenge could land you in jail or worse, so it is important to think very hard before you react. These people are a great example of how to get your revenge without causing any damage or serious repercussions for yourself. 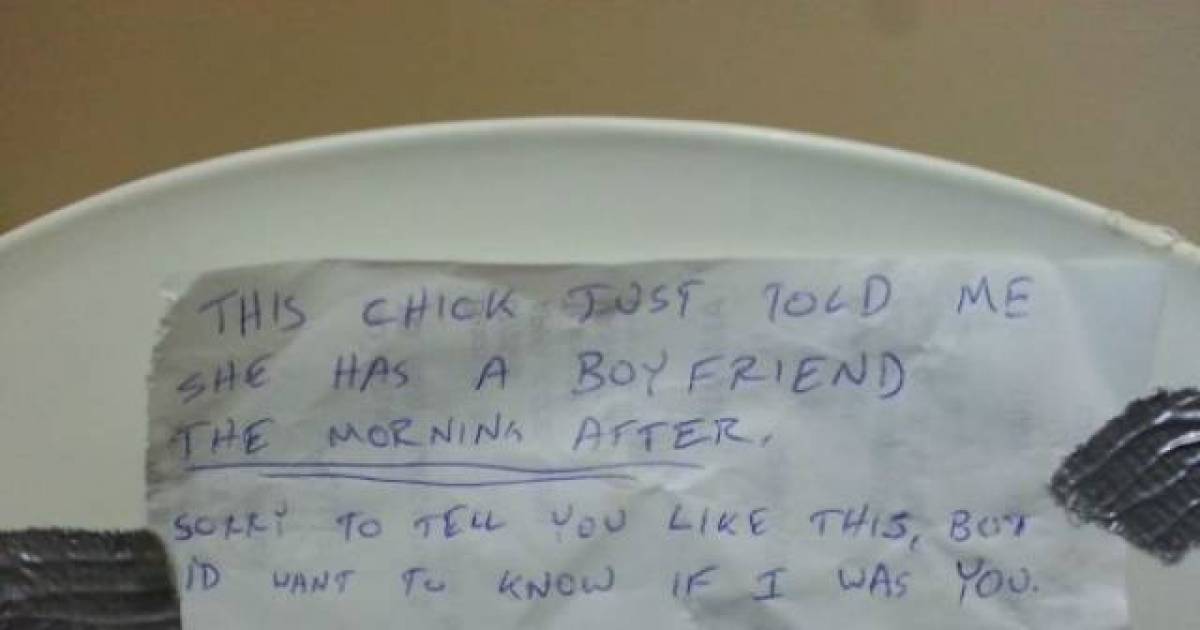 Ladies, if he cheats, do not bust the windows out of his car. Vandalism and destruction of private property can get you sent to jail. Instead, you can seriously inconvenience him by saran wrapping his car on a hot day. It will take him forever to get off. 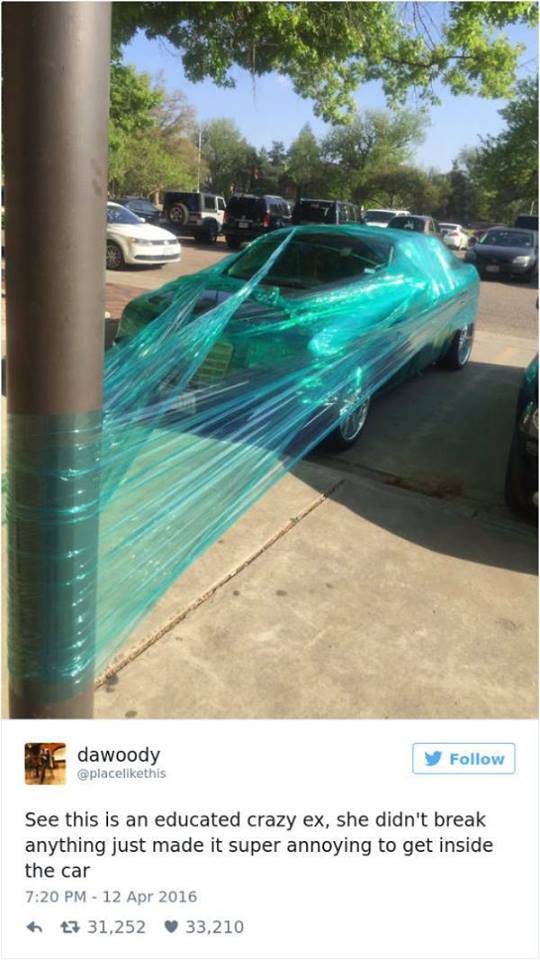 This lady did not throw all of his things in a pile in her driveway and set it on fire like many have contemplated doing after finding out he cheated. No, she decided to scatter his things around town, so he has to really think about their relationship while he hunts down his stuff. 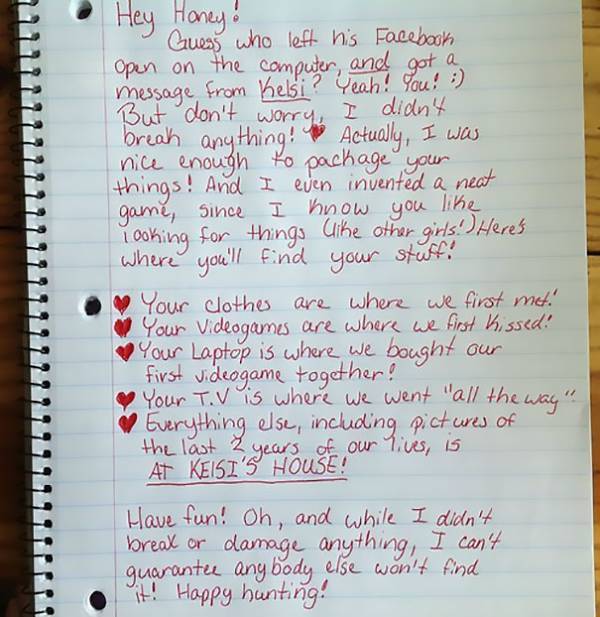 This guy let his girl know that he knows she is cheating in a very creative way. Not only did he return his key to her place, but he also let her know that he knows about all of the other guys she is messing around with. This is perhaps the nicest breakup after catching s partner cheating that we will show you today.

Everyone knows that guys love their cars, probably more than they love whoever they are in a relationship with. That is why this breakup revenge is so scandalous. Not only did he lose his girl but he also lost his precious car in the process. This is why you should never bite the hand that feeds you. 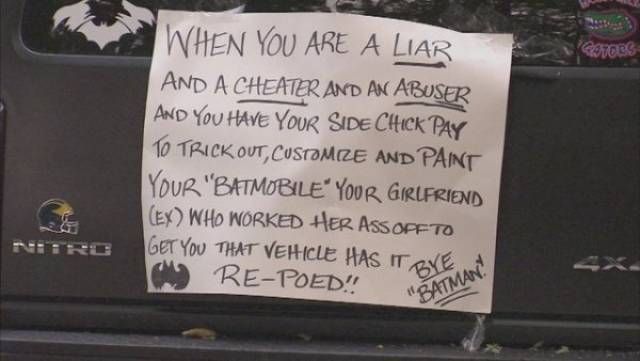 This girl just knew that he was cheating on her. Her revenge is so savage that it not only busted him out but her best girlfriend as well. Now, they have both lost out on having this girl in their lives and got burned, quite literally, in the process. 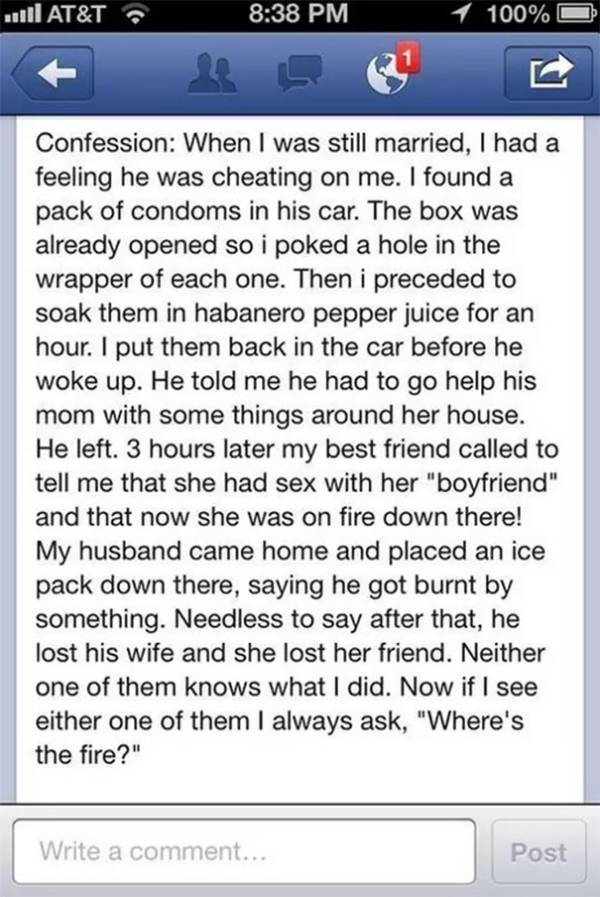 This guy decided to trick his recent ex into thinking that he had already moved on in the most sophisticated way. She had to have known something was up when he allowed her to still have access to his Netflix account after they broke up. No one does that. 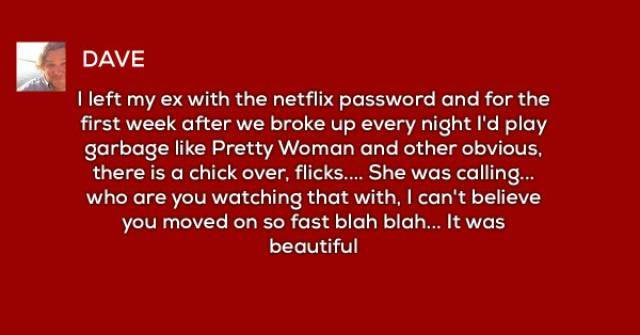 Nothing is worse than an ex treating you as if you do not have a big enough brain to put two and two together. He played her like a fool, but she will surely get the last laugh in the end. I would have gone to his job and put nails behind one of his tires too so he got a flat faster. The wait would kill me.

This guy is just cruel. He made sure that she was deep in her binge-watching before changing the Netflix password. The only thing that would make this revenge sweeter is if the episode she left off with ended with a major cliffhanger.

Most guys have as serious bro-code. Even if the guy is not a friend, they still look out for each other. This guy found out that the woman he spent the night with was in a relationship. He left a note for the girl's boyfriend where she would never find it but the guy would. 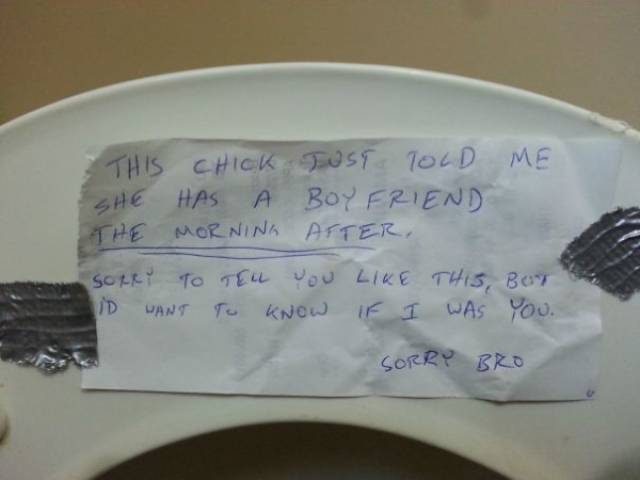 This is a bit overboard when it comes to revenge on your ex. Even if she spent their combined money to pay for it, it seems over the top. However, if she was aiming to really embarrass this guy, she probably did. We just hope that she put it near his work, so plenty of people could figure out who Steven is. 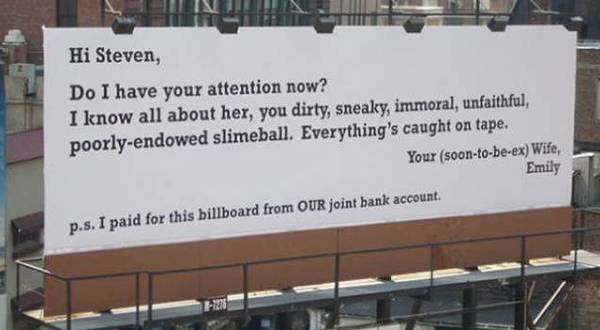