Posted by Sama in Entertainment On 23rd November 2021
advertisement

Internet was left in absolute shock and disgust when one of their favorite rock bands ' frontwoman got carried away during one of their live performances and decided to give a golden shower to one of her fans on stage during the performance. As the video went viral, and it received disapproval and criticism from people, the band took to their official Twitter handle to apologize for their band member getting carried away. 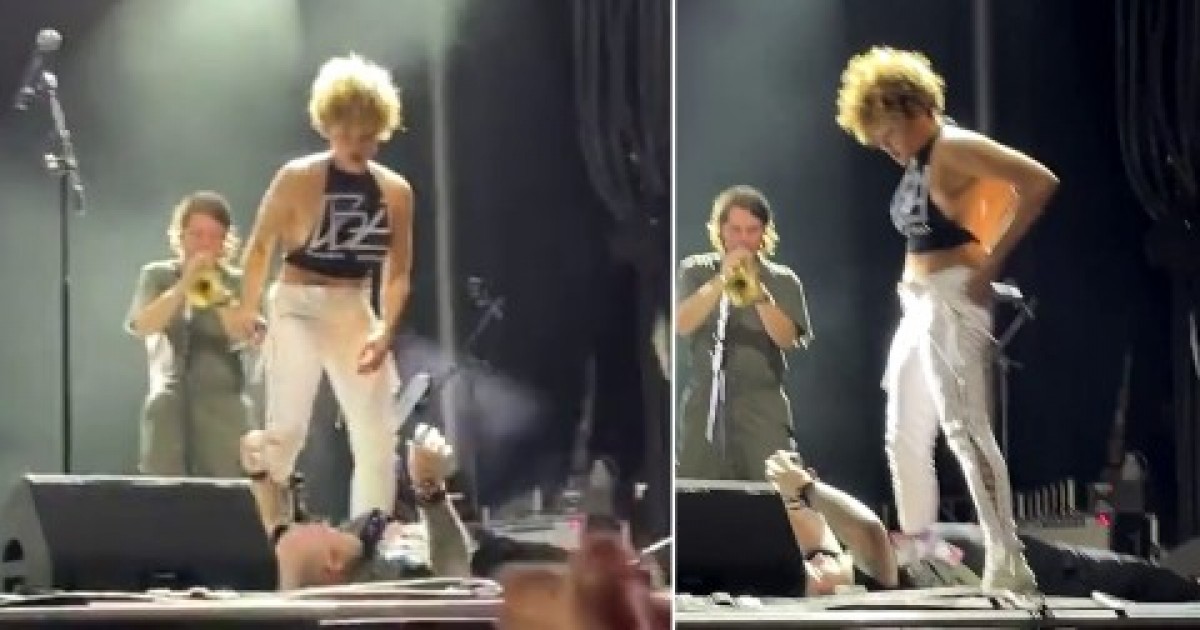 Rockband Brass Against frontwoman got a little too hardcore during one live performance as she pulled down her pants and took a major leak on a dude's face who seemed to be ecstatic over it.

This bizarre incident went down Thursday night during the Welcome to Rockville festival at the Daytona International Speedway -- where Brass Against performed to a ton of fanfare and eventually to tons of shocked and grossed-out fans who witnessed this crazy happening live on stage. 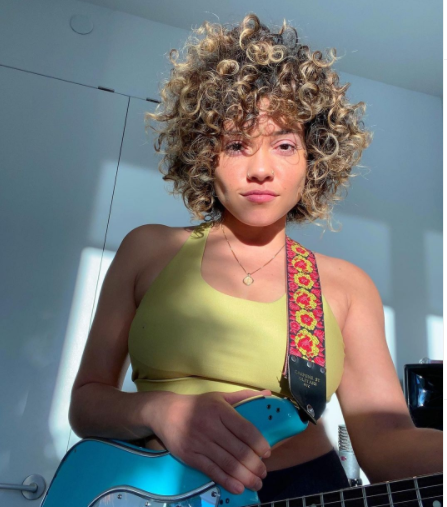 Frontwoman Sophia Urista was rocking on music on stage while performing a cover on the Rage Against the Machine's "Wake Up" -- when she and the band apparently invited a guy in the front row to come on up and receive a golden shower ... to which he happily obliged.

Though the video does not show if the man was prepared for this shower but it shows that he seemed more than willing to lie down on the stage and receive it with gratitude. 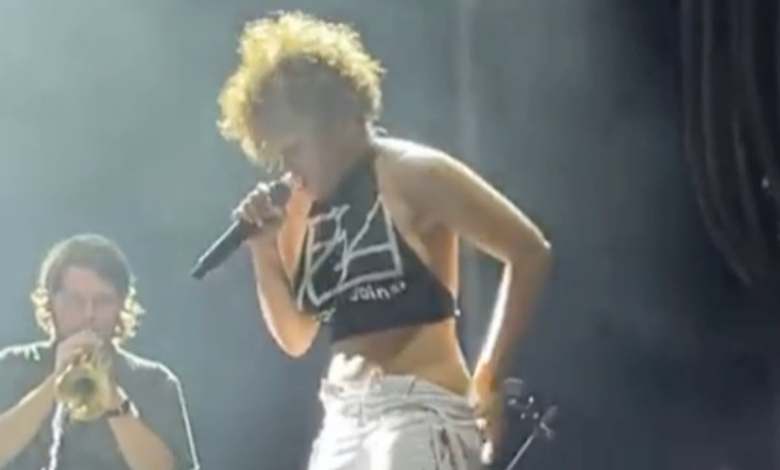 The graphic details were captured on camera by people who were not more than 15 or 20 feet away. Fans were left horrified as Sophia unbuttoned her pants, pulled down her panties, and then got into a squat position and hovered.

And as if this was not enough, she let it out for a good 10 seconds or more and the downpour continued with the man happily receiving it on the ground. And as the show ends, he happily stands up and even spits some out which came shooting up looking like a spray of water. 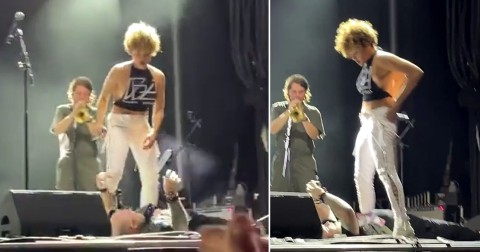 As the video went viral and the internet responded to the video with absolute shock and disbelief, Brass Against has since apologized for the stunt -- on behalf of Sophia too, it seems -- taking to Twitter to write, "We had a great time last night at Welcome to Rockville," Brass Against tweeted. "Sophia got carried away. That's not something the rest of us expected, and it's not something you’ll see again at our shows. Thanks for bringing it last night, Daytona." 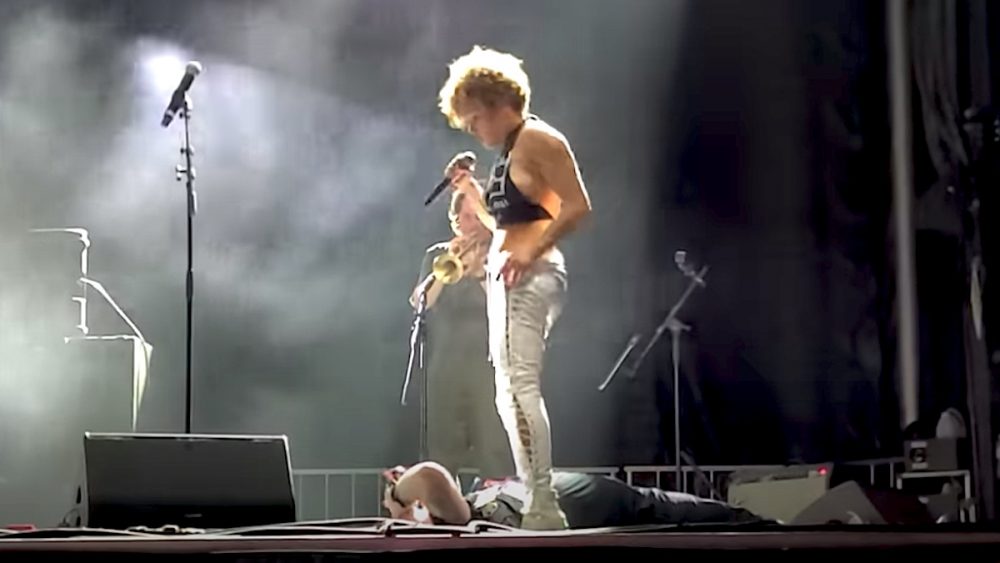