21-year-old John got burnt when he was only 4. He was playing in the barn behind his family home when his dog knocked over a candle used for light. The boy was pulled out from the fire by his sister and suffered 95 percent burns to his body. The doctors thought he might not even make it through the night, John went into a coma for 6 months and has undergone hundreds of operations since the incident. Now John is living his life to the fullest and is greatly inspired by his favorite superhero Deadpool. 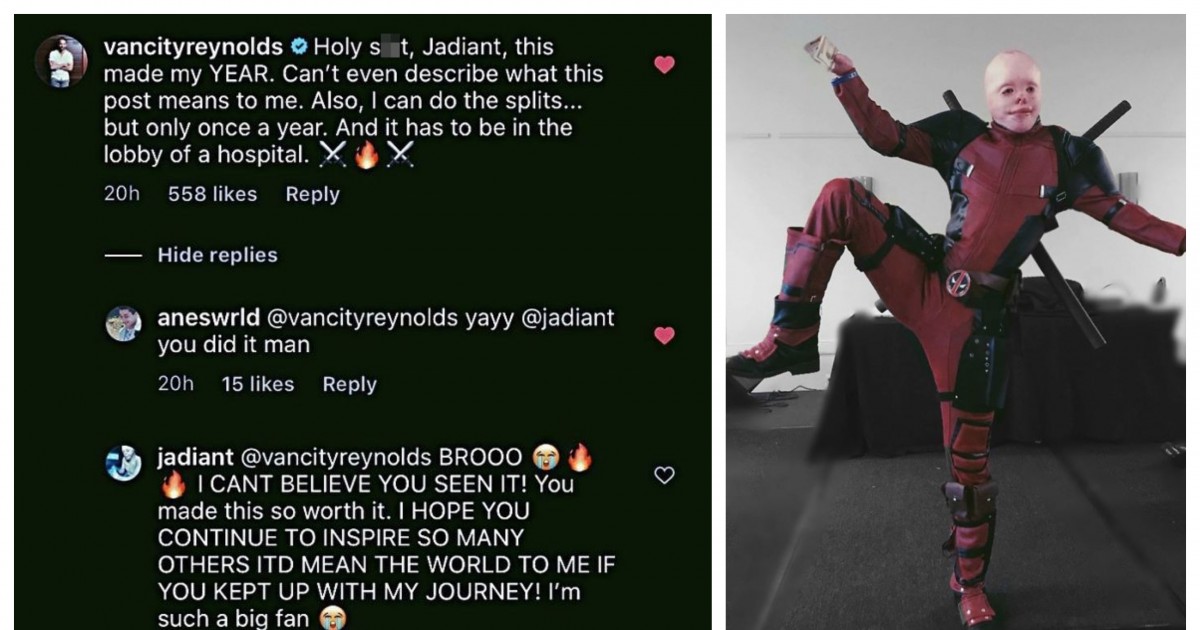 Superheroes can motivate fans to do great things in life. One major example is this burn victim Jadiant who says that Deadpool has made him feel much more confident about showing his real self to the world without any shame. 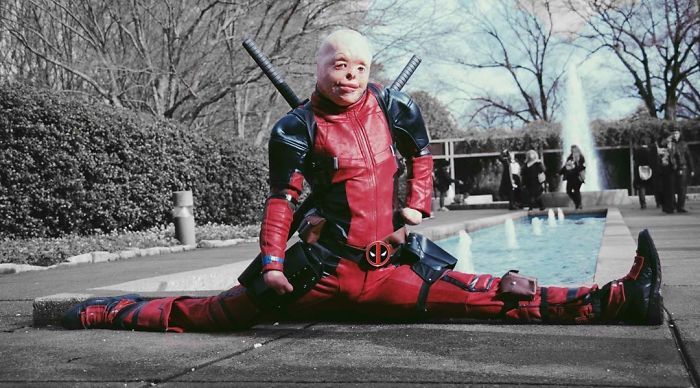 Ryan Reynolds played Deadpool on the screen which motivated this young man living in Millington, Tennessee, to stop hiding and be confident.

Jadiant posted a beautiful post on Instagram where he was dressed as his favorite Deadpool. The post was very inspiring and got praised by none other than Reynolds himself. The actor's wholesome reply has won the hearts of his fans including Jadiant himself.

“As a guy who usually keeps things in, this really did it for me.”

He posted a beautiful caption with his post saying Deadpool has helped with his self-esteem a lot. 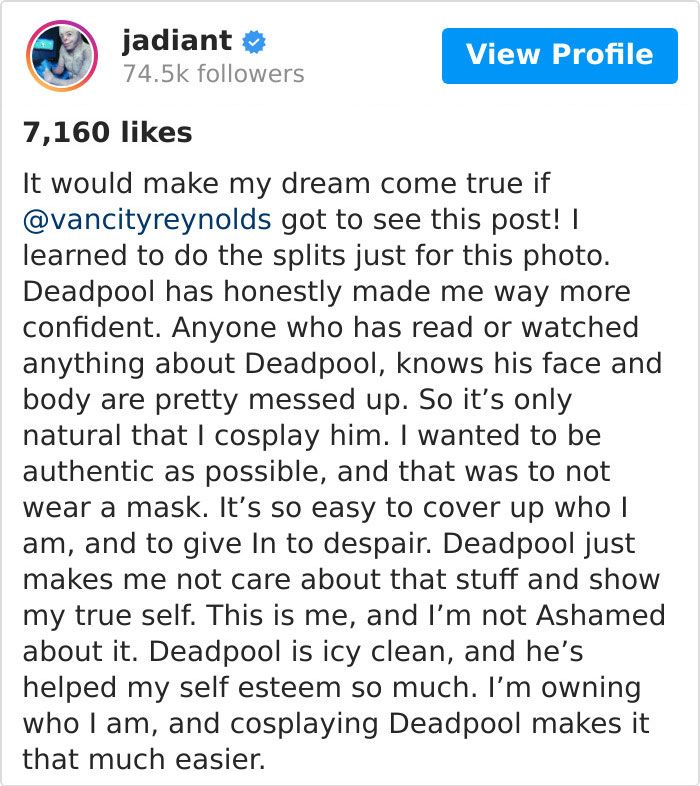 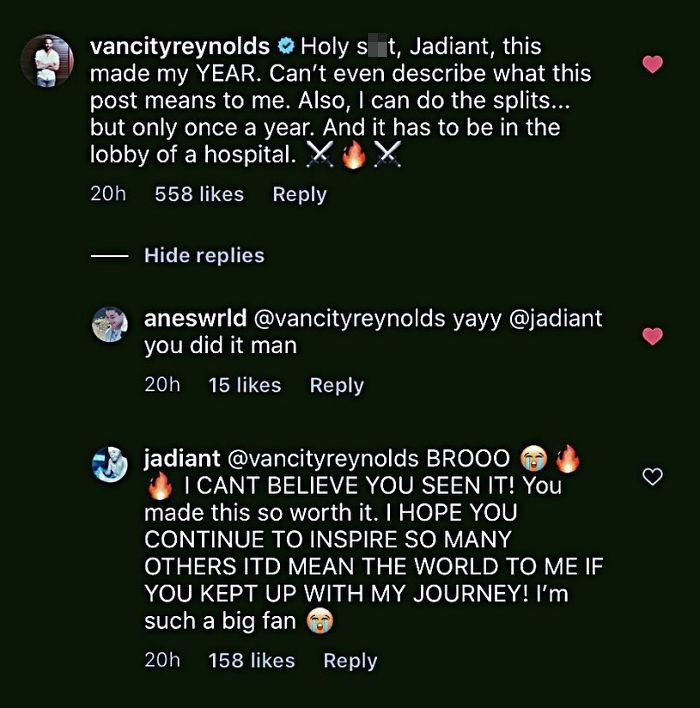 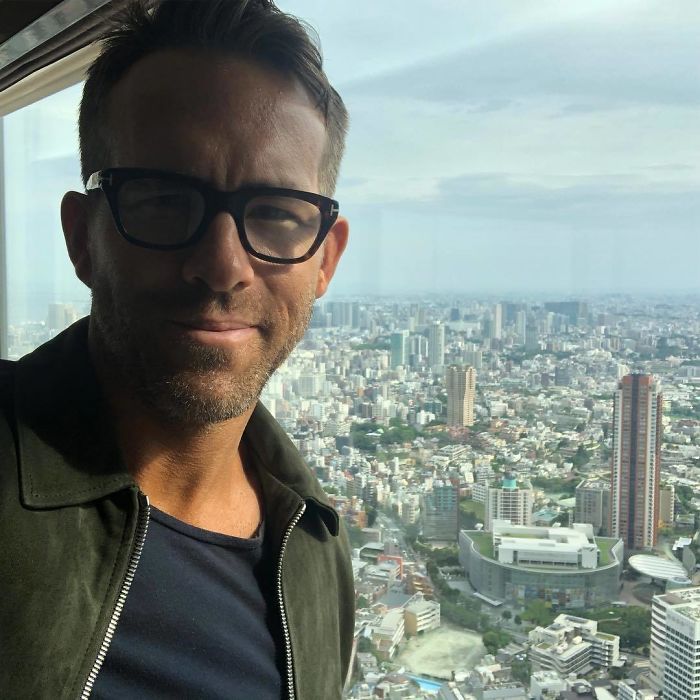 #5 Jadiant is not only an expert cosplayer, but he’s also a bodybuilder, motivational speaker, and med student

He couldn't believe that Deadpool just commented on his post.

He told Bored Panda; “My idol Ryan Reynolds saw who I am, he knows I exist. He saw how much work I put into that moment. And now? Well, I can die in peace,” 21-year-old Jadiant said. 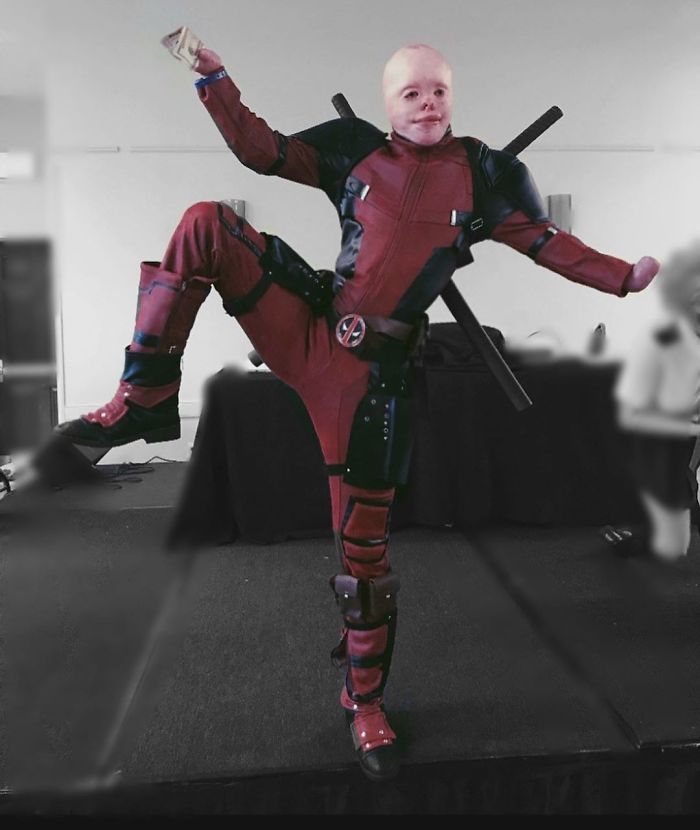 The young man thinks he is dreaming.

“I felt reborn, holy crap. I thought I was dreaming.”

#6 The young man is an inspiration to many

Jadiant has achieved so much at such a young age He is an ambassador, champion, and influencer for the Courageous Faces Foundation which he feels extremely passionate about. 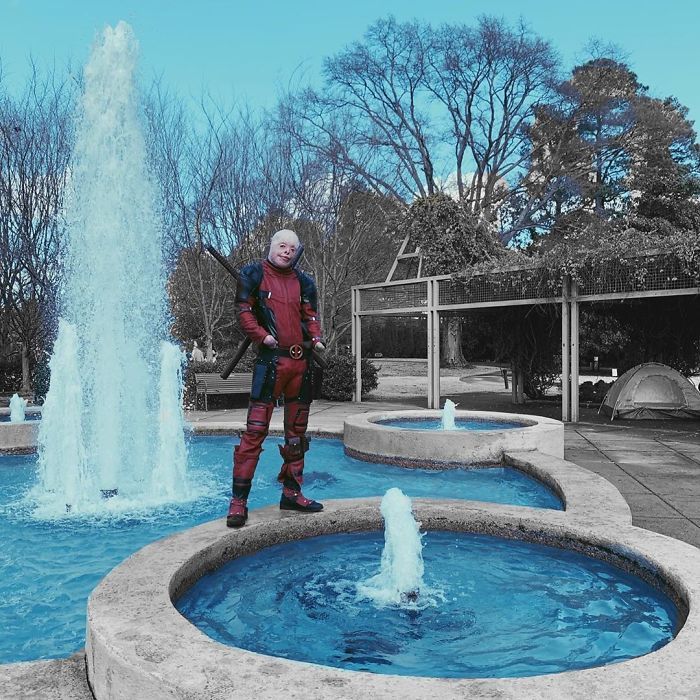 “I work, I drive, I have my own car, I am a model and a speaker. I also attend college. My main passion though is the Courageous Faces Foundation. I love this Foundation and really want everyone to know about it! If they could donate just $1 or $5 to it, that’d mean the world to me, the more the merrier. Our mission statement is to help give a better quality of life for people with rare or severe conditions like myself, which is even more important than ever during this pandemic. A lot of them are at higher risk.”

“Some people can’t take the heat, but obviously I could—to the third degree at least. I just want people to know how much easier your life becomes when you stop being offended and find the laughter in life. Ryan Reynolds has been a huge factor in that realization for me. It’s not a coping mechanism, it’s who I am, and I love to laugh. I love to make people laugh, and if you get heartburn after reading this, it just means I’ve touched your heart.” 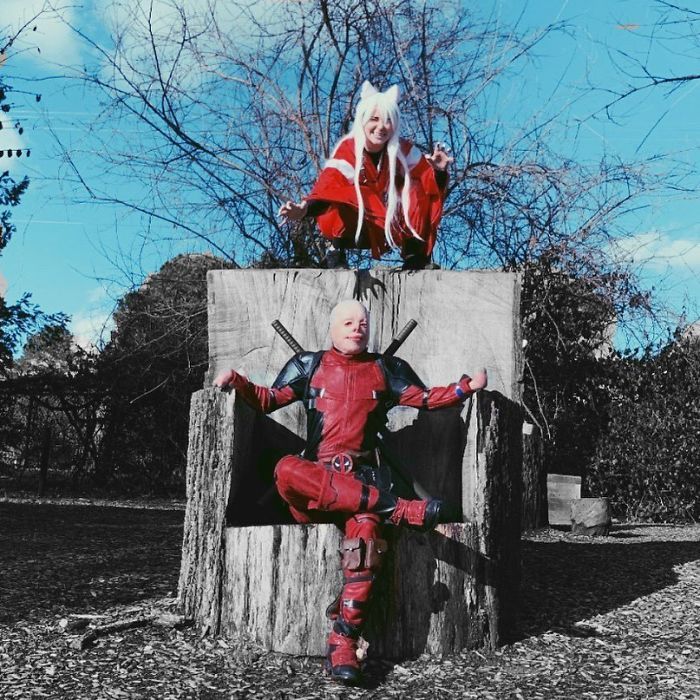 #8 That's Jadiant before getting burned. He was only four when this mishap happened

Jadiant was only four when he got burnt. This incident happened in 2003, he suffered from 95 percent burns to his body and survived miraculously. He was playing in a barn behind his family home when his dog knocked over a candle used for light.

He has endured more than 100 operations since the incident. His sister Leah, pulled John out of the fire. It was a miracle, doctors thought he wouldn't make it through that night, He went into a coma and woke up after 6 months. After waking up, he completed his physical therapy and is now living his life to the fullest. 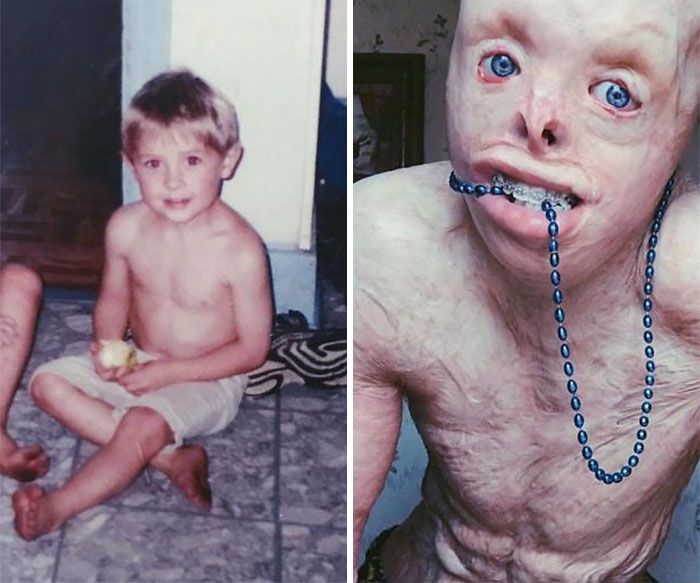 #9 "Embrace your different colors, you’re pretty, there’s no one else like you"

He says his past has made him a caring person.

“No one deserves to be unhappy in the way they look, because we’re all beautifully unique. Just sometimes other flowers get more colors (like us, people who have gone through tragedy) and we just don’t think we fit in with the rest of the flowers. But the truth is, we are the most beautiful of all the flowers. So embrace your different colors, you’re pretty, there’s no one else like you,” he said. 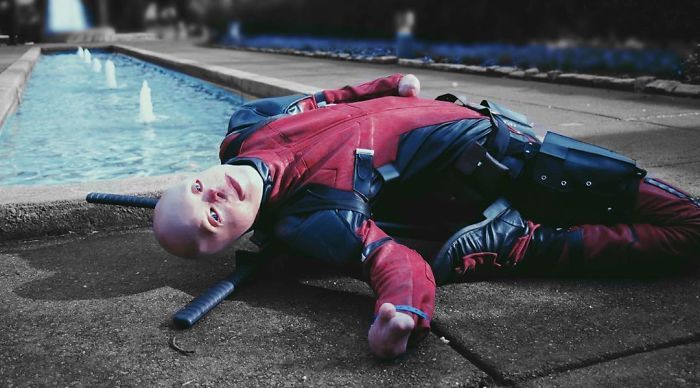 #10 Jadiant wants people to know it’s important to remember their feelings, and validate them, but don’t stay in them

“There is no right solution that fits everyone in their suffering. I’d say it’s important to remember these feelings, and validate them, but don’t stay in them. Often times, it’s easier to give in to despair and not care. But I just want you to beware our biggest enemy is ourselves. We never really grow up, we just learn how to parent our inner child.” 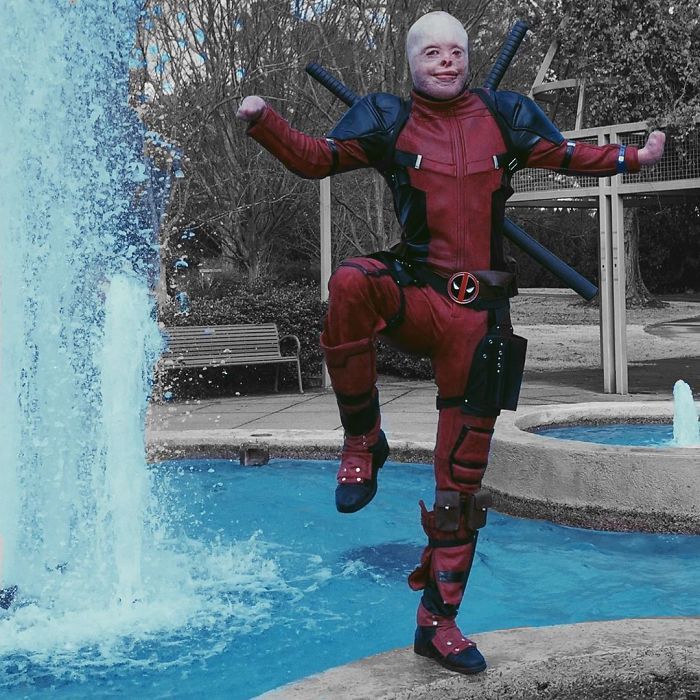 #11 Jadiant posing with other cosplayers 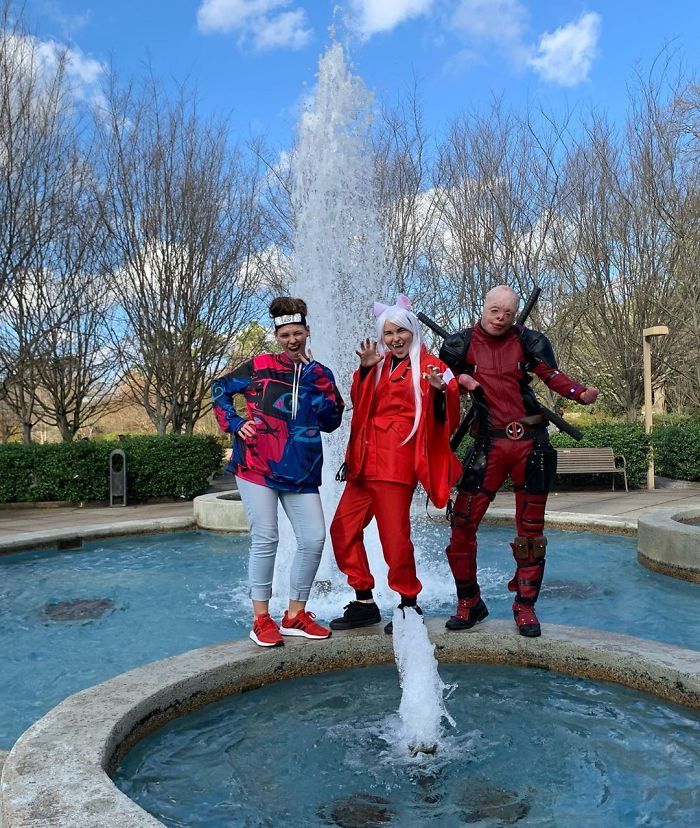 He continued: “So I’d say try practicing self-compassion, and really being a good friend to yourself like you would a best friend of yours going through a hard time. Iroh, from Avatar: The Last Airbender, has taught me that, “Sometimes the best way to solve your own problems is to help someone else with theirs.” Truly, denying yourself and helping others can be very rewarding. It’s important to not wallow in our sadness if we can muster enough courage to do so. That’s why it’s important to have friends and a support system.” 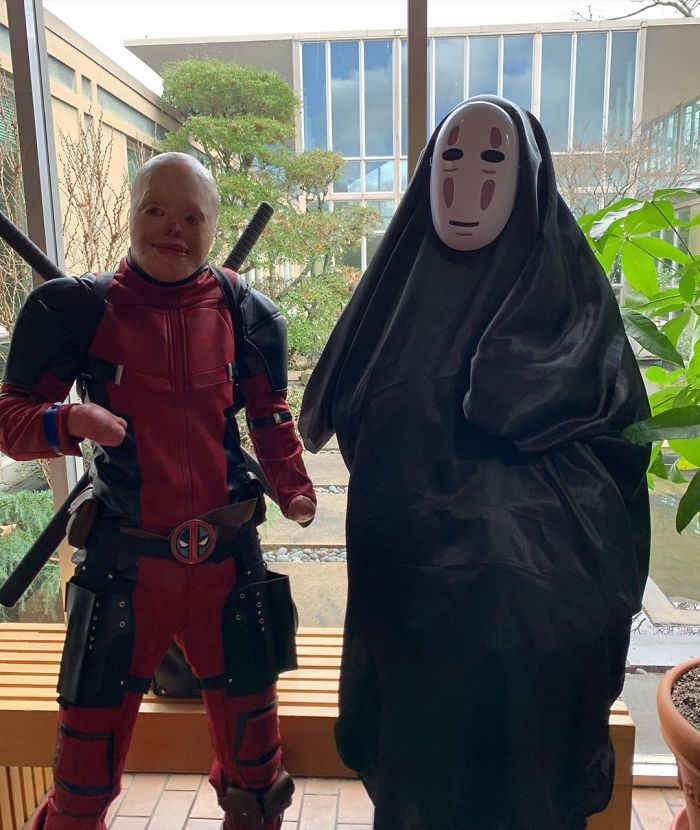 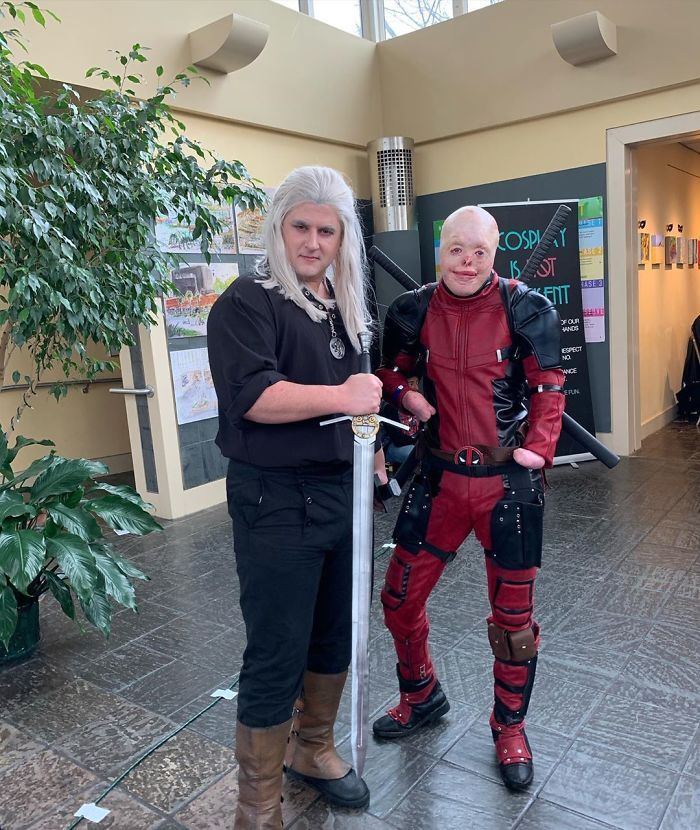 #14 Ryan Reynolds dressed up as Deadpool 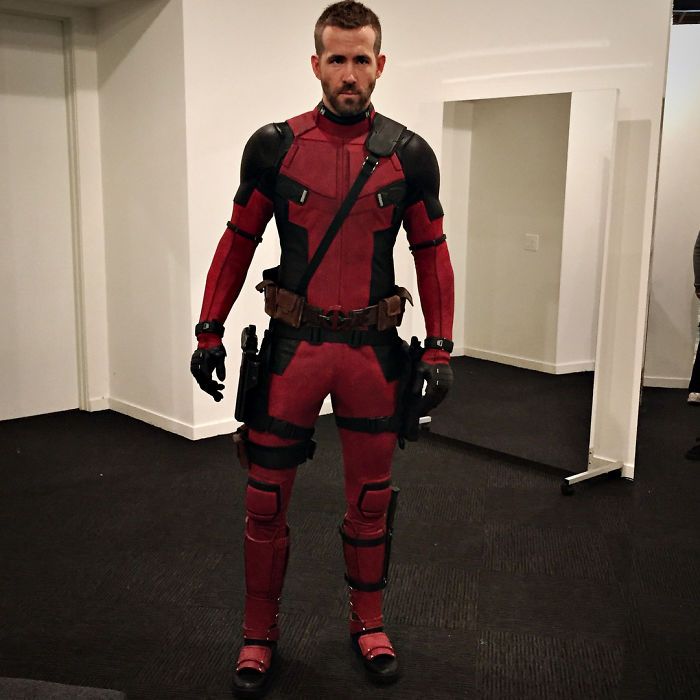 #15 People were inspired by Jadiant's story and Ryan's kindness. 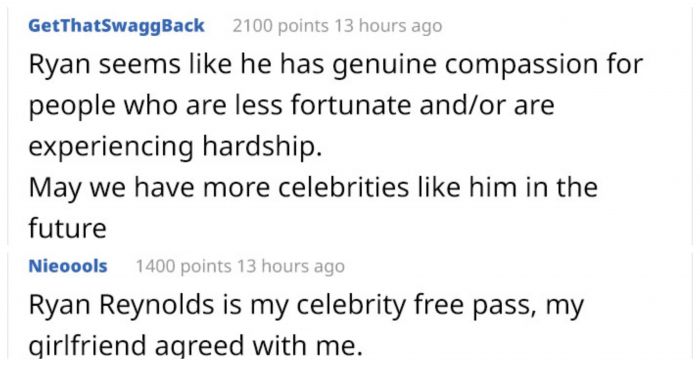