Posted by Sama in News On 16th December 2021
advertisement

This man has made it to the headlines after he spends a whopping $400k to move 139-year-old Victorian house 7 blocks away from its old place and has become the source of new entertainment on social media. After the pictures went viral, one person jokingly wrote "Did they simply consider using balloons?" 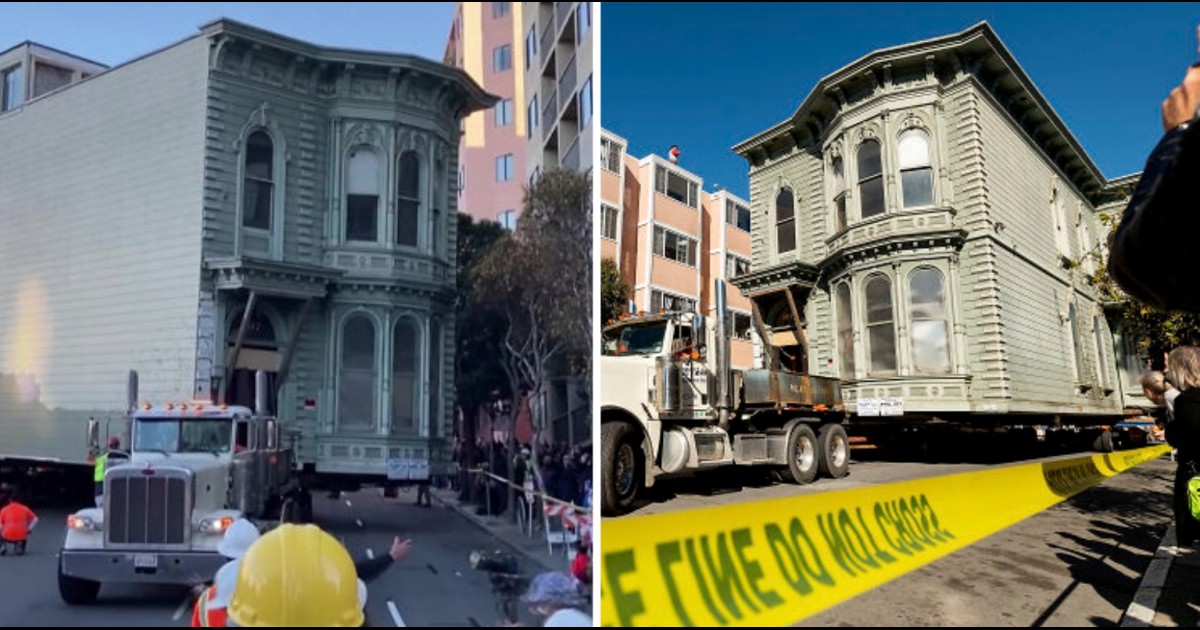 For a common man, moving house simply means packing belongings and shifting to a new place.

However, this one man in San Fransisco took shifting to a whole new level when he literally moved his house - porch and all - to a new location seven blocks away. 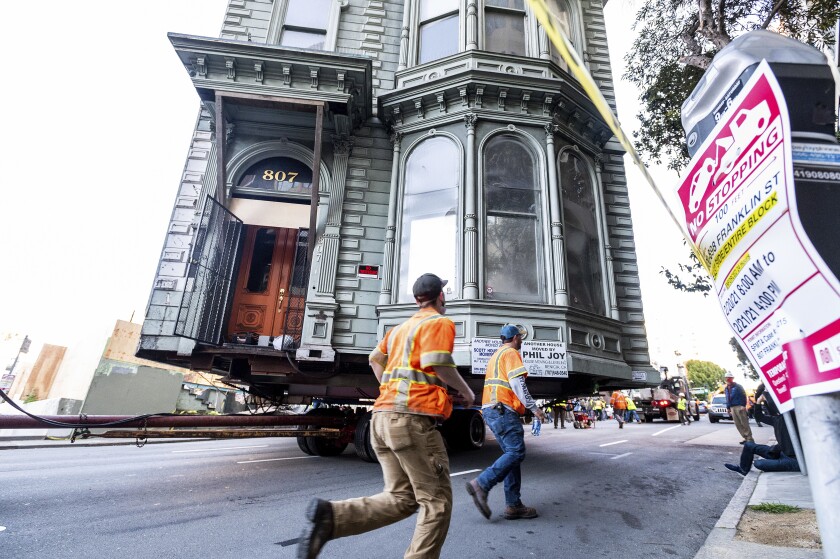 This two-story Victorian house, known as Englander House spent a good 139 years at 807 Franklin Street. However, recently it was loaded onto giant dollies and taken to its new location on Fulton street.

Owner Tim Brown - a San Francisco real estate broker -  planned the entire mastermind move so he could ideally preserve the historic building while developing its original plot into a 48-unit apartment building. 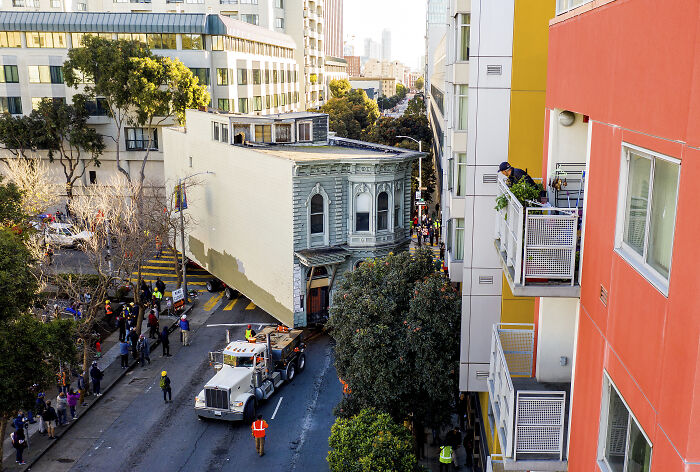 According to The San Francisco Chronicle, the owner actually paid a whopping sum of $2.6 million for Englander House back in 2013. And now to plan the entire move, apparently, he has spent up to $400,000 relocating it down the street, where he has plans to transform it into seven residential units. 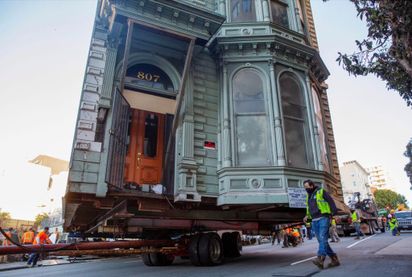 Reportedly, the mint green house that dates back to 1882 is almost 5,170 square feet. It was transported at an average speed of 1 mile per hour for 0.06 miles, from 807 Franklin Street to 635 Fulton Street around the corner.

The owner of a 139-year-old, six-bedroom house in San Francisco paid $400,000 to move the house six blocks on giant dollies. Parking meters were ripped up, tree limbs were trimmed and traffic signs were relocated to facilitate the move. https://t.co/QLIMKJBwlp

Many people came to watch the dramatic move as the house made its slow journey downtown early morning. There may have been a street parade atmosphere, but the trip was no walk in the park. 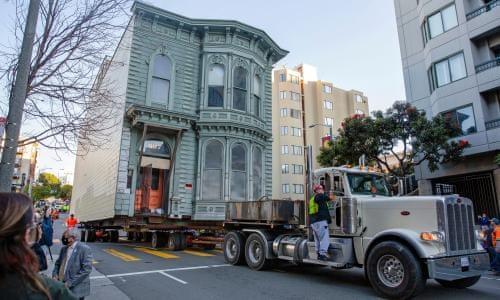 Street lights, parking meters, and utility lines all had to be removed to make way for the building, and over 15 different permits had to be acquired by the owner. 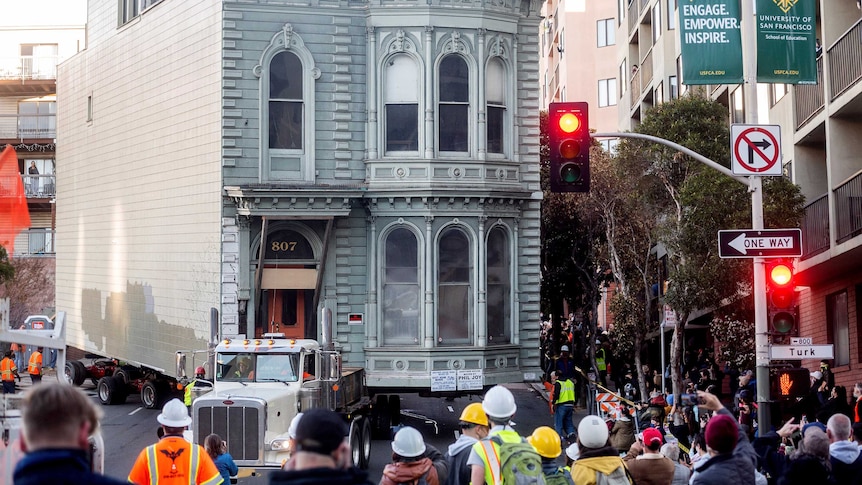 San Fransisco has a history of relocating houses, and even horses have been used to tug them down the street before cars and lorries took over. Even though, Englander House is the first to be moved in over 50 years.

Not so surprisingly, photos and videos from the move went viral on many social media platforms, and people didn't let go of the chance to make light jokes about the move.

"Did they simply consider using balloons?" joked one person alongside a picture from the movie Up.

"It doesn't look so good here. Move it back!" wrote another user. "The Victorian ghost lady is so confused I bet," a third added.

The Victorian ghost lady is so confused I bet