Posted by Zainab Pervez in Amazing On 2nd June 2021
ADVERTISEMENT 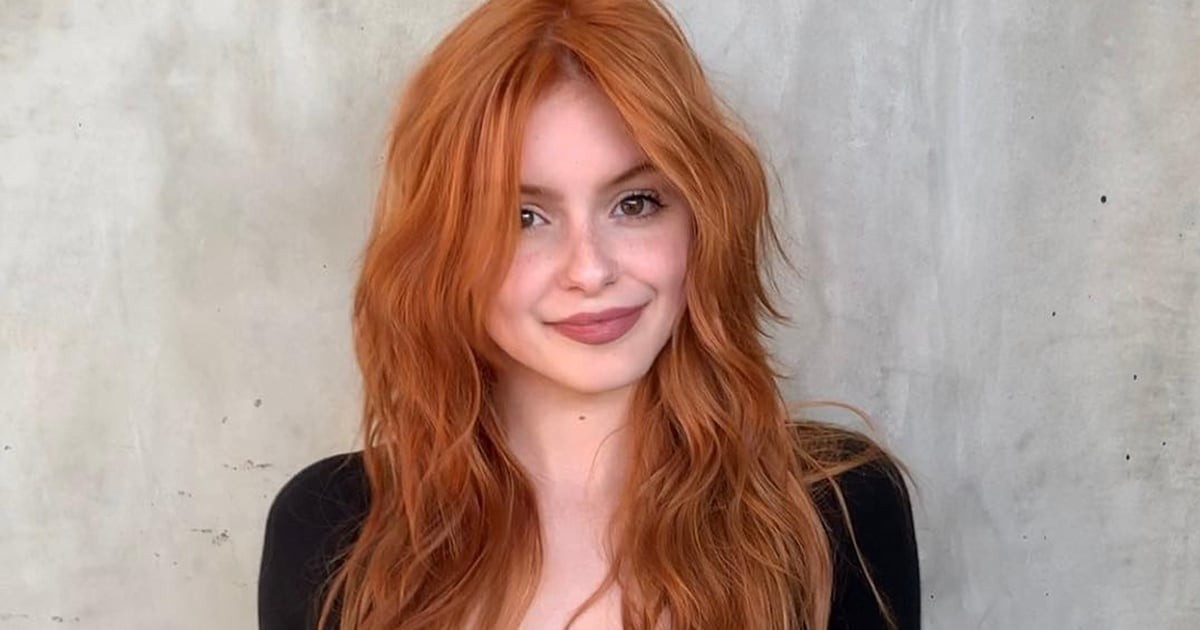 For a hair colour that makes up only two percent of the world’s population, the fascination around redheads is unwavering. Research indicates that although they put up with a lot, redheads could be considered genetic superheroes. It might not be the type of thing Marvel would take an interest in, but the bodies of redheads are incredibly resilient as their altered genes give them different DNA and by extension, a host of other unique abilities that are somewhat awe-inspiring. 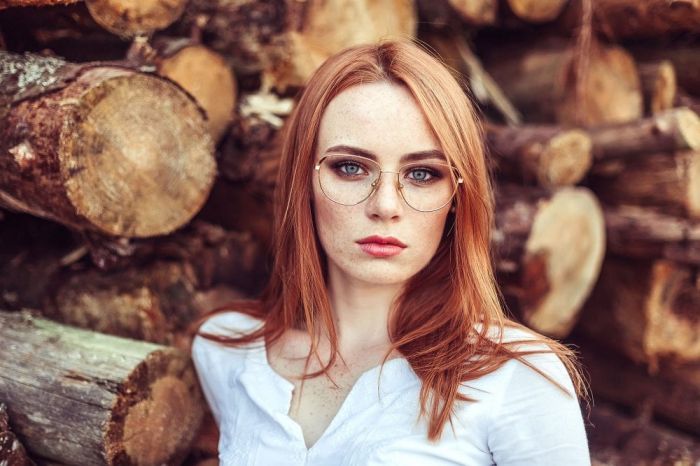 Not only are “gingers” a mere 2 percent of the population, but they’re also different in far subtler ways.

Here are some of the most intriguing facts about them:

They don’t need as much vitamin D 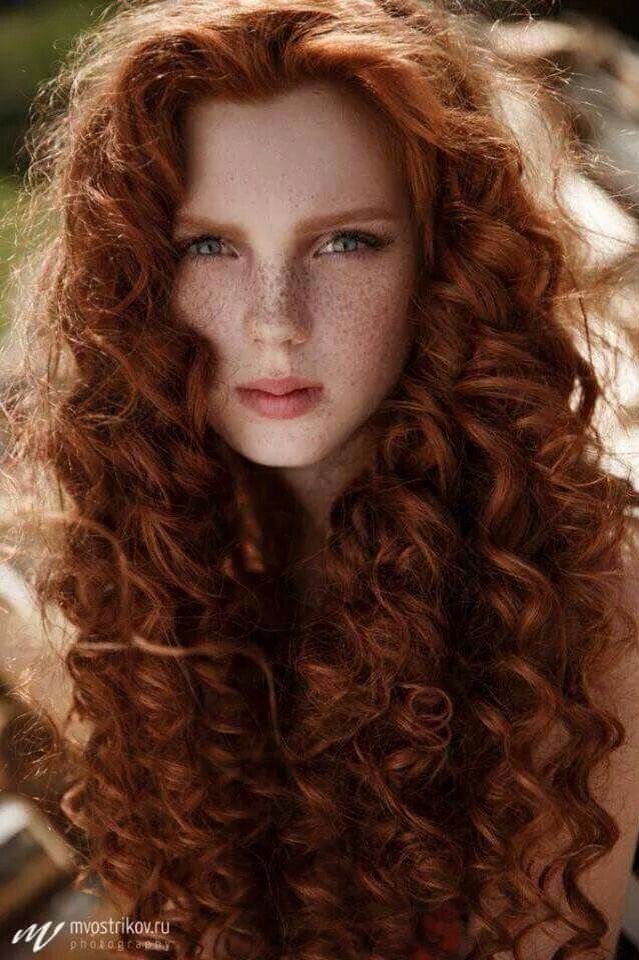 Thanks to higher concentrations of red hair and pale skin in cloudy European environments, redheads gained a greater ability to create their own vitamin D. When they go outside, he or she produces more vitamin D in a shorter amount of time than people with other hair colours. This gives them an evolutionary advantage, since low levels of vitamin D can lead to ailments like rickets, diabetes and arthritis. 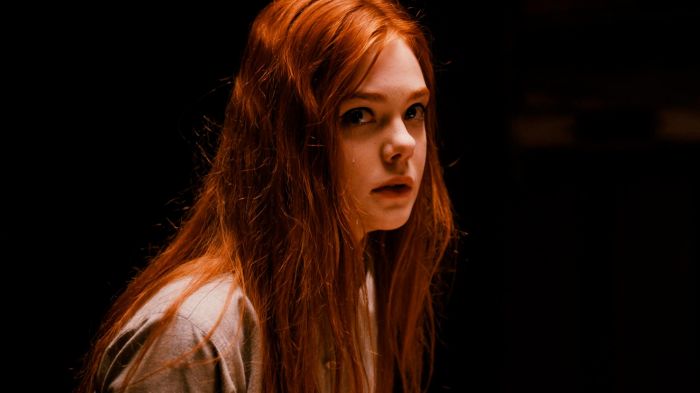 A 2003 Mcgill University study showed that redheaded women can tolerate up to 25 percent more pain than people with other hair colors. Another study out of Oslo University found that redheaded women feel less pain when pricked by a pin. Still, they’re harder to sedate. The University of Louisville found that it takes 20 percent more general anesthetic during surgery to put a redhead under. And while a brunette may only need one shot of Novocaine at the dentist, a redhead needs two or three.

They know when it’s getting cold 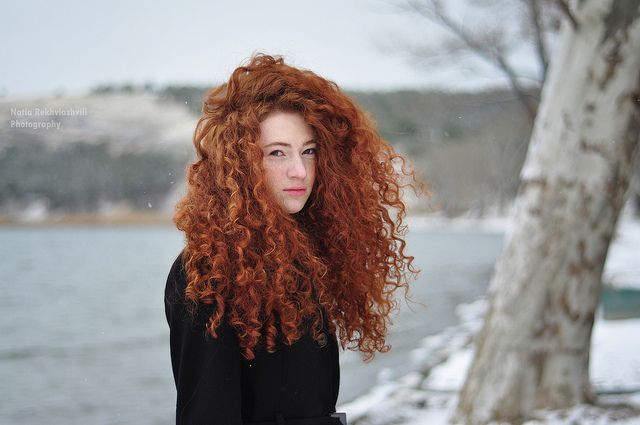 Redheads feel hot and cold temperatures more severely than anyone else. In 2005, the University of Louisville discovered this hidden gift and hypothesized that the redhead gene, MC1R, may cause the human temperature-detecting gene to become overactivated, making readheads more sensitive to thermal extremes. So if a redhead tells you they’re feeling a bit chilly, you’d better grab a blanket, because winter is coming.

Red is the hardest color to fake 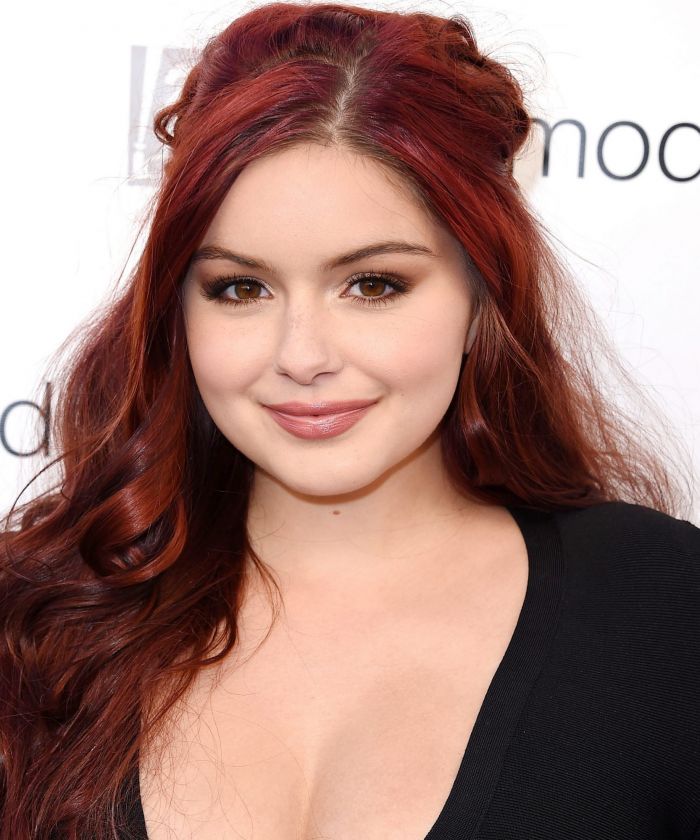 Red hair from a bottle is almost always easy to spot. This is partially because red is a more intense hue and the bolder the color, the faster it fades. Also, as celebrity stylist Danny Moon, told the dye molecules found in red hair are larger than those in other hues — and larger molecules can’t penetrate the hair as deeply as smaller molecules can.

They aren’t all white 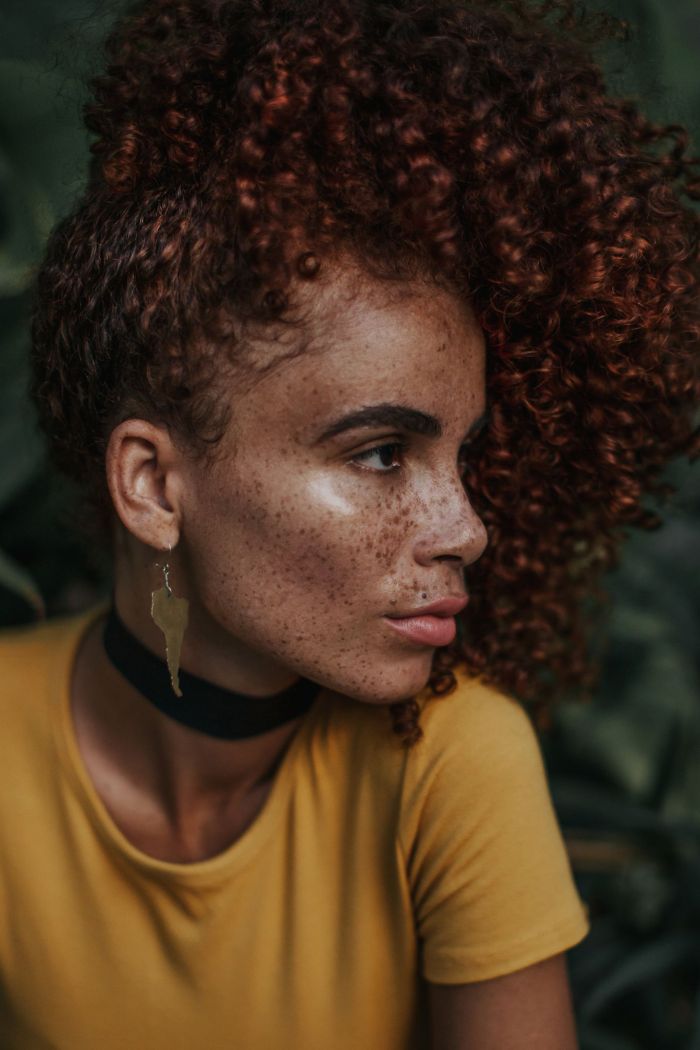 Redheads aren’t always fair-skinned. There are native redheads born in places like Papua New Guinea and Morocco who have darker skin. There’s even a Hawaiian word for Polynesians with red hair — ehu — who they believe are the descendants of fire gods.

They have more sex than blondes or brunettes 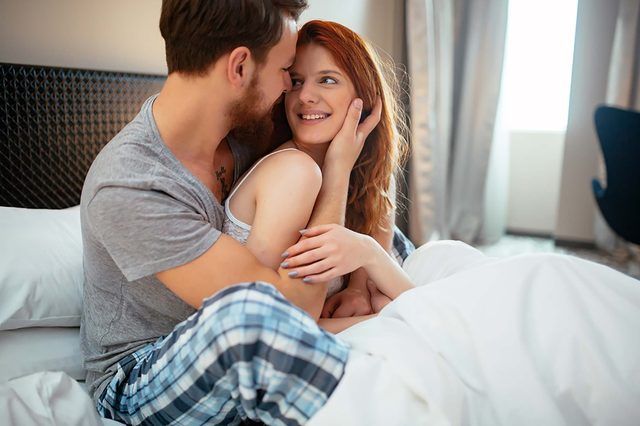 “The sex lives of women with red hair were clearly more active than those with other hair colors, with more partners and having sex more often than the average,” Hamburg sex researcher Professor Werner Habermehl told the Daily Mail, after leading a survey of 6,000 German women through the Hamburg Medical Research Institute in Germany. 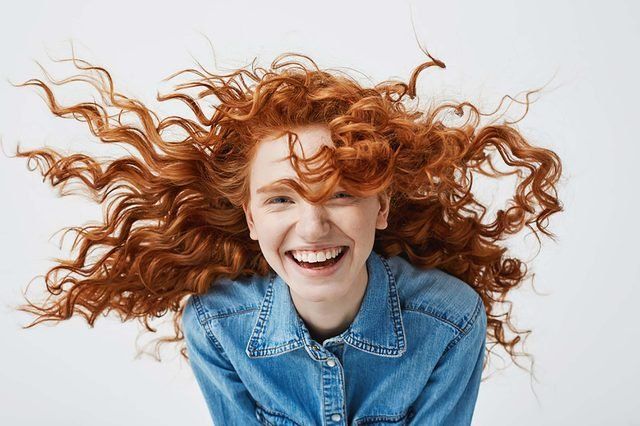 As science journalist Maggie Koerth-Baker writes, “Actually, redheads are stealthily infiltrating the rest of humanity.” Here’s her proof: Even though only 2 percent of people have red hair, 4 percent have the gene that makes redheads. (If you have freckles, you’re probably a carrier). So, while two redheads won’t produce a brunette, two brunettes could produce a redhead. Did you know that red hair and blue eyes are the rarest hair and eye color combination in the world?

Scientists have used birds and boars to understand redheads 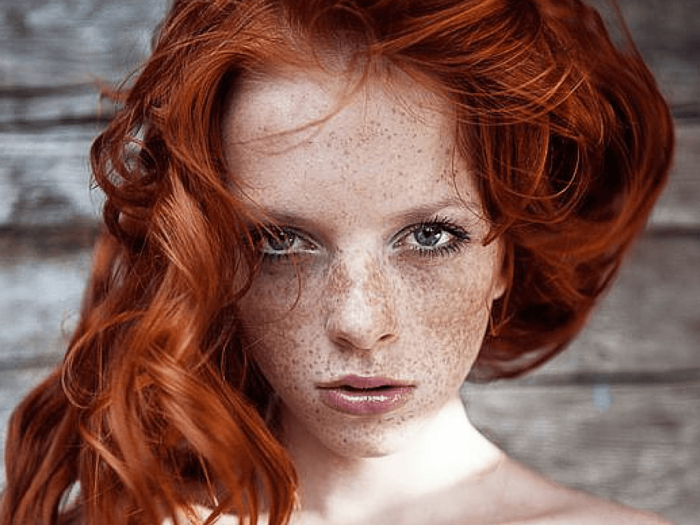 In their attempt to understand how pheomelanin, the pigment that makes hair red, affects gingers’ health, scientists have examined similarly auburn-tinted feathers and fur. The results? Boars taught the experts that redheads may be at high risk for cellular damage from free radicals, and a study of more than 1,400 species of birds suggested that the pigment may be associated with smaller brain size.

They’re more likely to be left-handed 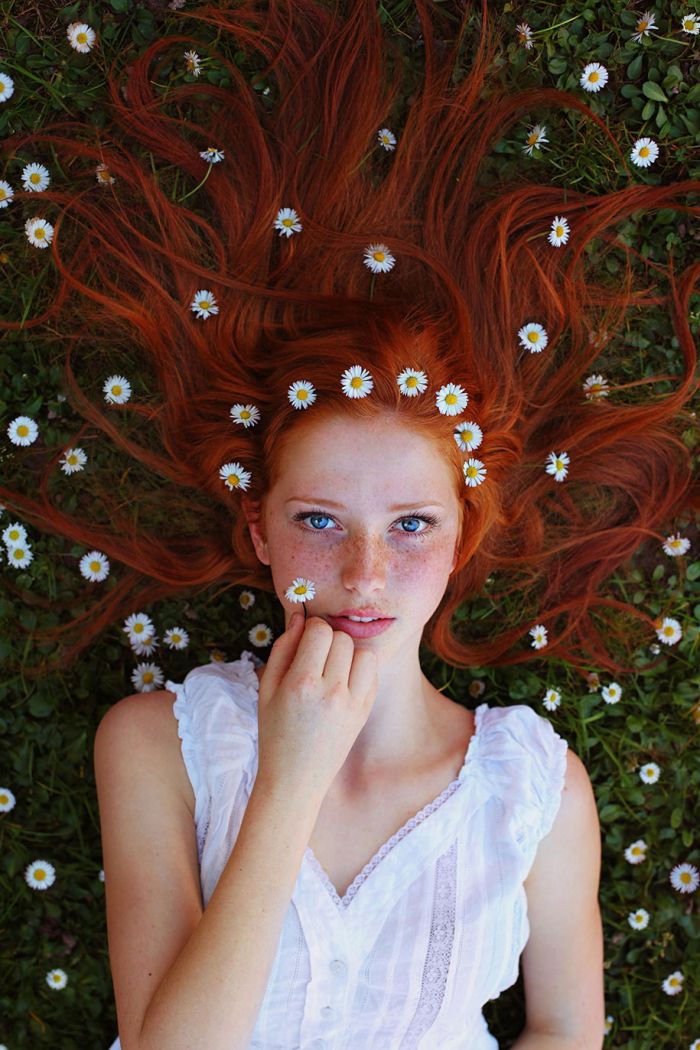 Another fun fact about redheads, they’re more likely to be left-handed. Both of these characteristics come from recessive genes, which typically come in pairs. 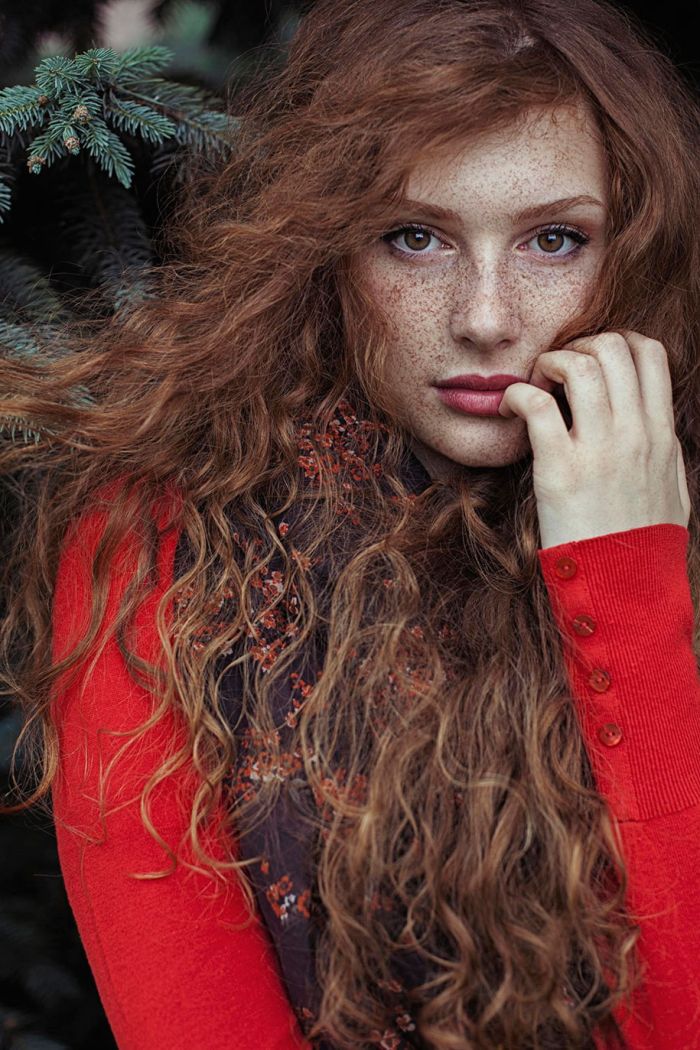 One of the many facts about redheads is that their hair will never turn gray. The pigment in their hair that causes it to be red will just fade over time, causing their hair to turn blonde or white, but never gray.

They’re at risk for melanoma 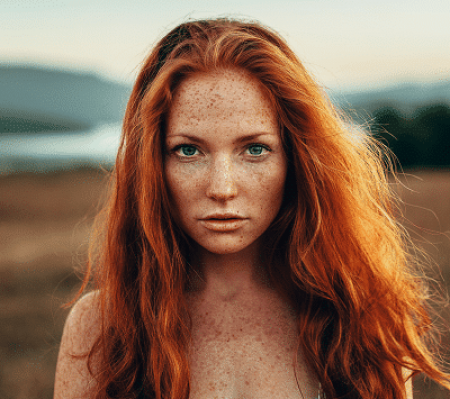 According to a 2010 meta-analysis in the International Journal of Cancer, a fact about redheads is that they are about two and a half times as likely to develop the dangerous skin cancer as people with other hair colors. 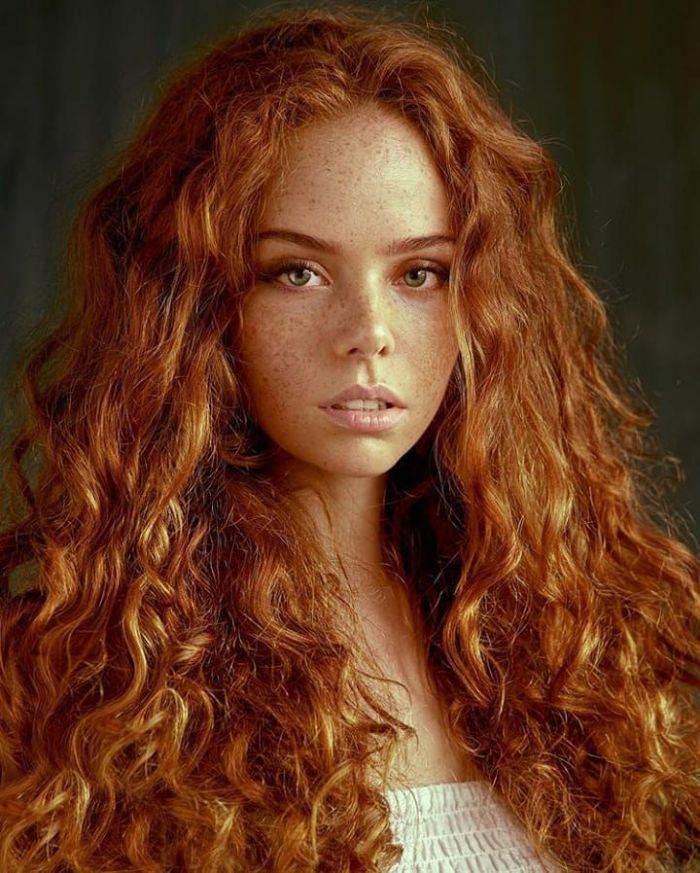 A small study in the journal Anesthesiology found that redheaded women required 19 percent more of the anesthesia desflurane to be put to sleep than women with dark hair. Some scientists think that the protein mutation that causes red hair and fair skin makes redheads more sensitive to pain and therefore it’s more difficult to anesthetize them. 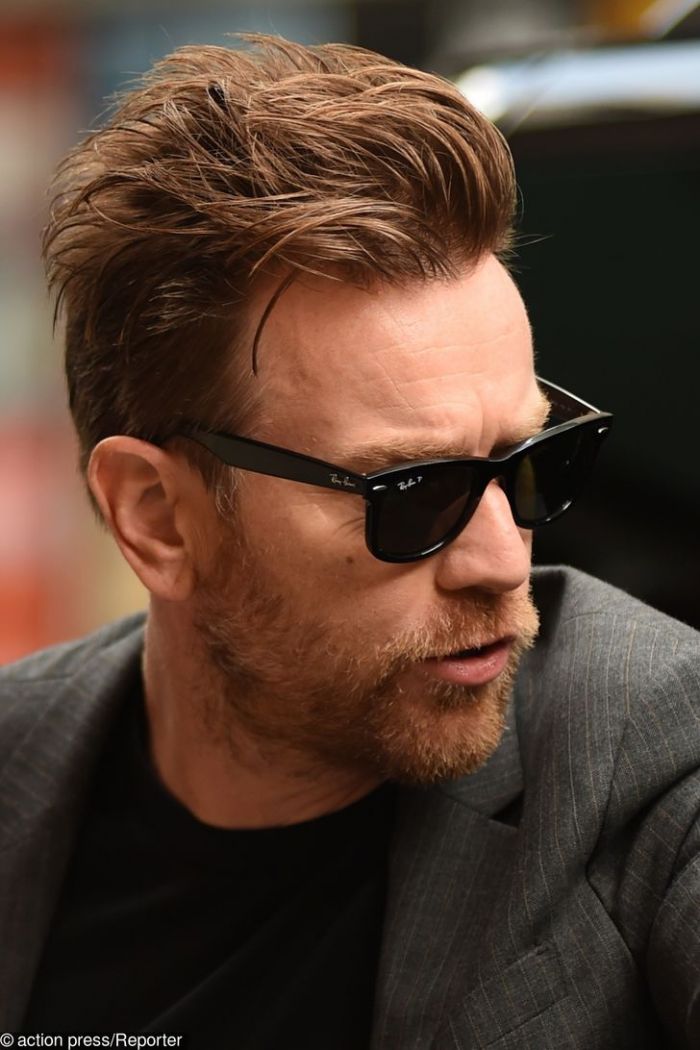 Redhead men are less likely to get prostate cancer. During a study, it was discovered that only 5% of men with red hair fell ill with this disease.

They’re more likely to be attacked by bees. 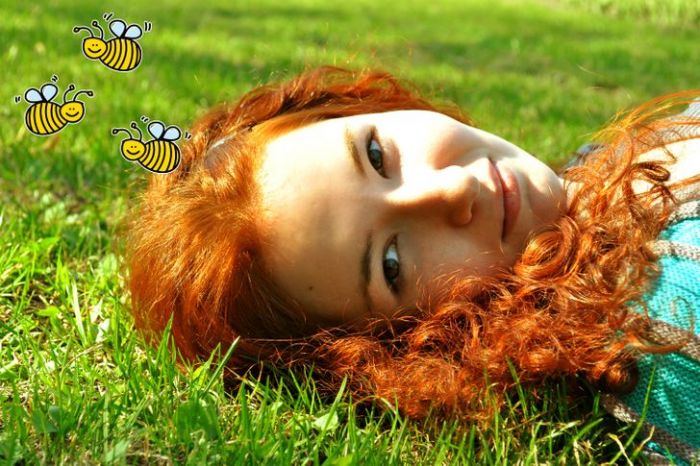 Bees sting people with red hair more than others. They tend to attack redheads because this color may be perceived as predatory.

They have less hair 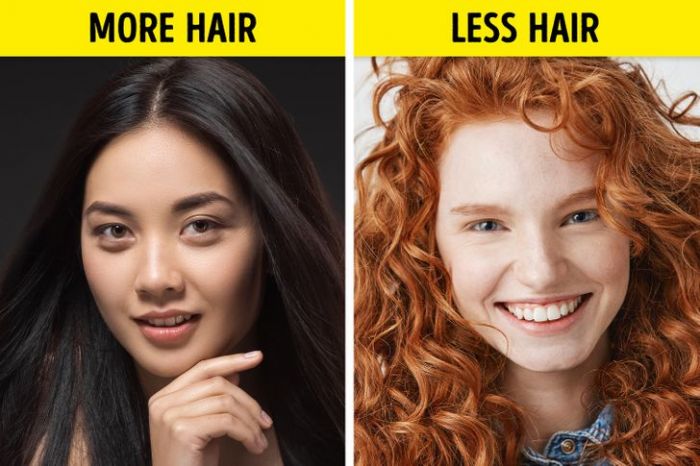 Despite the fact that red hair can be quite thick, there are only 90,000 strands. It doesn’t seem small, but in comparison, brunettes have approximately 110,000 and blondes have even more: 150,000! 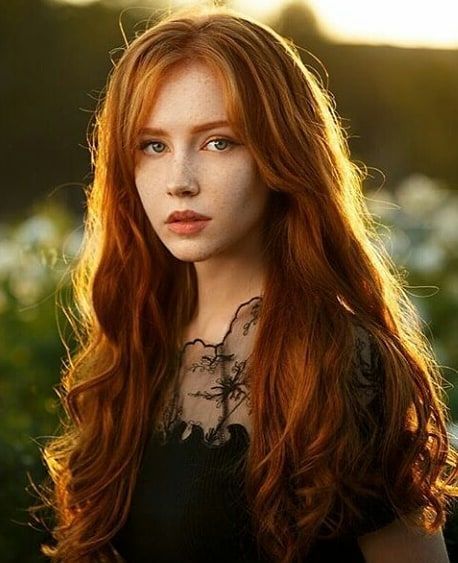 The MC1R gene is responsible for one’s skin and hair color. When it’s inactivated or blocked, the body begins to produce more melanin that is responsible for more reddish tones. This “ginger gene” also affects freckles on redheads. 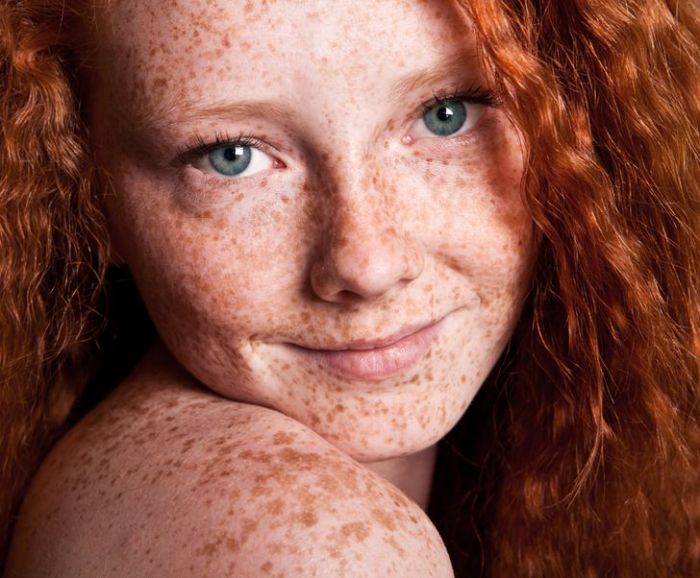 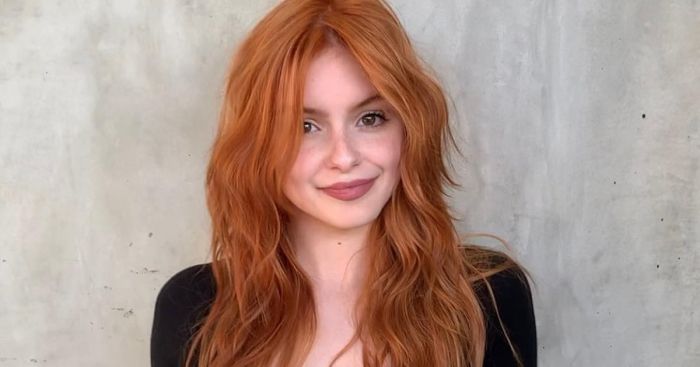