Posted by Abdul Rafay in News On 5th April 2021
ADVERTISEMENT

The supermassive black hole at the galaxy's center, M87, has a mass of over 6.5 billion times that of the sun. The sensational new photographs of the colossal object were captured by astronomers using the Event Horizon Telescope. Astronomers were the first to image a black hole directly, and this new image is based on the same details. The astronomers were able to quantify polarization from the light surrounding the black hole thanks to the new image.

The latest images show more information about the dense object, including the strong jets of energy bursting from its core, which was the first black hole to be directly imaged by astronomers in 2019.

The supermassive black hole at the center of galaxy Messier 87, located 55 million light-years from Earth, is measured to be around 6.5 billion times the mass of our sun and is spewing powerful jets of energy. 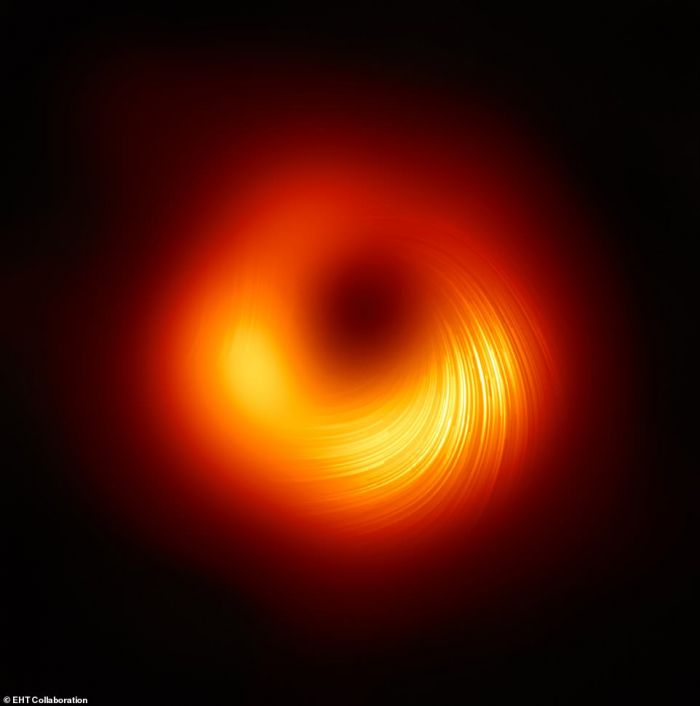 For the first time, an international team of astronomers used the Event Horizon Telescope (EHT) to calculate the polarisation - a characteristic of magnetic fields - near to the black hole's edge.

Future astronomers will be able to better understand the mechanism that generates the energetic jets from its center as a result of this observation, with some speculating that it may be due to interactions with the magnetic field itself.

On April 10, 2019, scientists unveiled the first image of the black hole, which revealed a bright ring-like structure with a dark central region that was the black hole's shadow, as predicted. 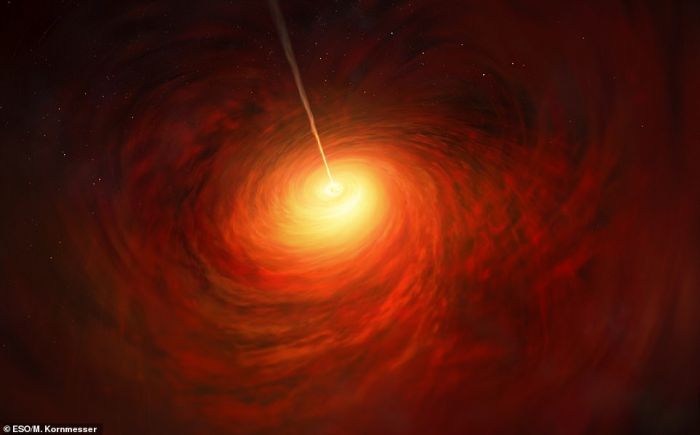 Since then, the EHT team has dug deeper into the data that was used to create the first picture, learning that a large portion of the light surrounding the black hole is polarised and learning more about its magnetic field.

The first study looked at visible light and its strength, but this time they looked at the polarization of that light, according to Dr. Ziri Younsi, study co-author from University College London.

When light passes through such filters, such as the lenses of polarised sunglasses, or when it is released in hot regions of space with magnetic fields, it becomes polarised. 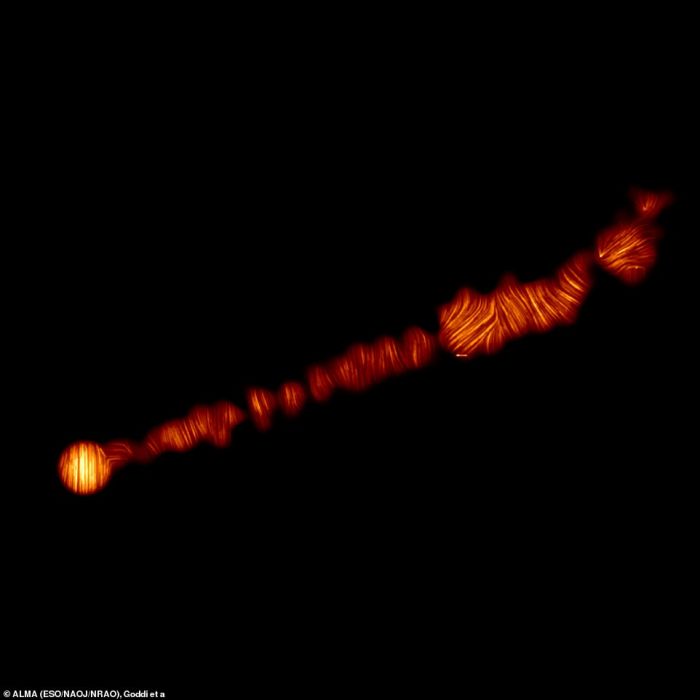 Astronomers can sharpen their vision of the area around the black hole by looking at how the light emanating from it is polarised, similar to how polarised sunglasses help us see better by removing reflections and glare from bright surfaces.

Specifically, polarisation helps astronomers to map the magnetic field lines present at the black hole's inner edge across the bottom of the disc, as shown in the new picture.

'The newly published polarised images are key to understanding how the magnetic field allows the black hole to 'eat' matter and launch powerful jets,' says Andrew Chael, a NASA Hubble Fellow at Princeton.

One of the galaxy's most enigmatic and energetic features is the bright jets of energy and matter that originate from M87's center and stretch at least 5,000 light-years from its base.

The majority of matter near a black hole's edge falls in. However, some of the surrounding particles escape moments before being captured and are blown into space as jets.

'We looked at how that light is composed, it can be described in terms of four components, like when you wear sunglasses, it has a polarising filter to filter out the stronger intensity components of the light, and those different components give you information on how light is produced and the source itself that produced it, ' said Younsi. 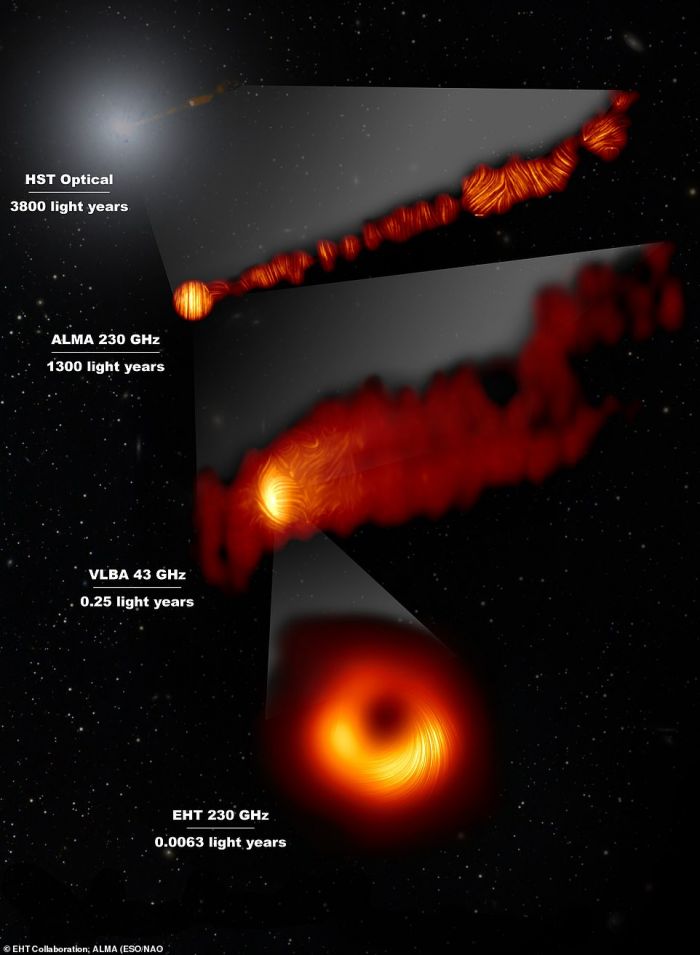 'Depending on whether more of the light is linearity polarised, more of the intensity is focused to the line of sight, is more circularly, or more diffuse, you can get a lot more information about the black hole itself.'

One of the most important findings was the structure of the magnetic field around the black hole, as well as the fact that it is responsible for tapping the black hole's rotational energy and powering the spinning jets that emerge from the stellar object's center.

The jets are 'collimated,' retaining a clear and coherent form over vast distances, and are propelled by black holes. They are released from the very center of galaxies. 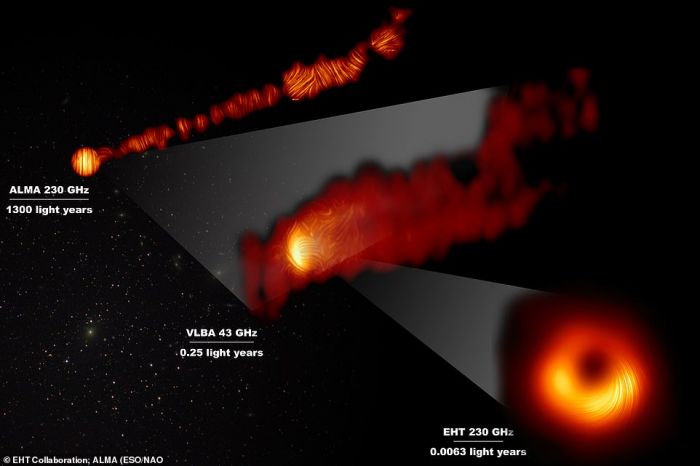 'The jets are coupled to the black hole, and the magnetic field governs how matter flows,' Younsi explained in a MailOnline interview, adding that matter can be seen being locked in on the event horizon.

'Before we had no idea, it was very speculative, but now we have very strong evidence to indicate how the magnetic field is organized, and it is very organized, very structured which is surprising,' he said.

'We are starting to get a much better picture of how black holes feed energy back into the universe, we always think of them as objects that suck, but they do play a role in feeding back energy,' Younsi told MailOnline. 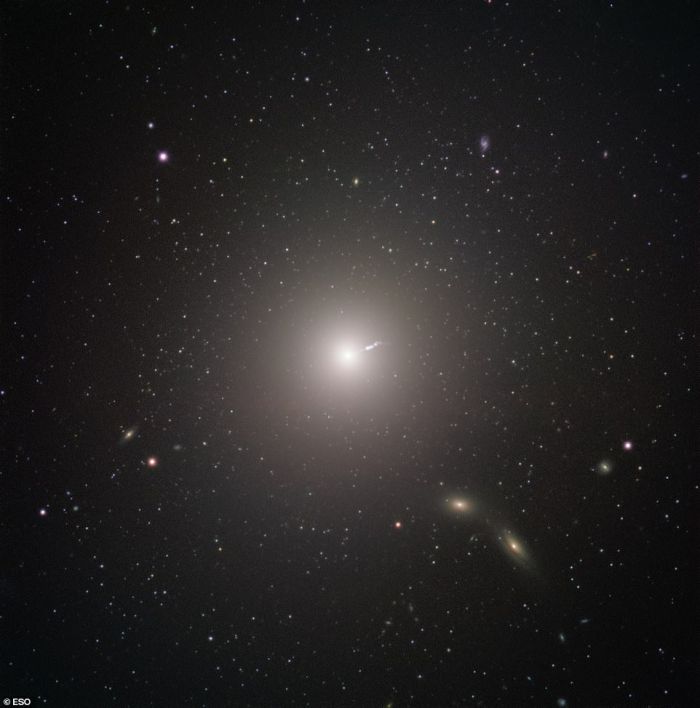 'If you were near the edge of the event horizon and had a light source shining on you from all directions you would see an image of yourself and the back of your head as the gravitational field warps the light,' he said.

'What you see is matter reconfiguring itself so quickly that it is like taking a photograph of a fast-moving car, so you have to create techniques to interpolate between multiple photographs of the same image.' 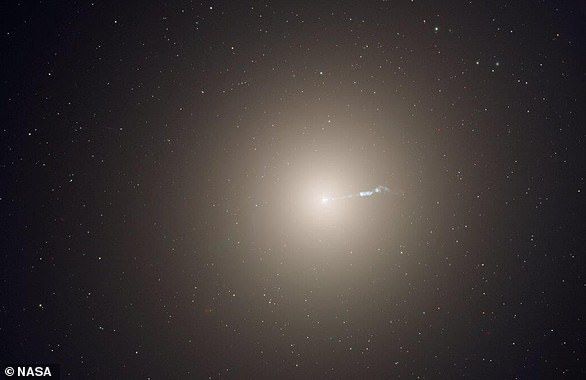