Scientists Say Cuddling Can Actually Help People Who Suffer From Depression And Anxiety, Here's Why

Cuddling, snuggling, and hugging: you wouldn’t think these actions could be linked to depression and anxiety, but recent studies have found that the simple act of cuddling can help people who suffer from these ailments. The reason for this is oxytocin, a hormone that your brain naturally releases into your system whenever you engage in cuddling, hugging, or physical intimacy.

We all know someone who suffers from some form of depression. According to the World Health Organization, over 350 million people suffer from depression worldwide–which means, we most likely know more than one person in our lives that suffer from the mental health disorder. Scientists already know how oxytocin can make us feel, but recently they have been studying the effects this hormone can have on our behavior over time. For example, if you cuddle your baby enough, it may help to keep them from becoming depressed later on in life. 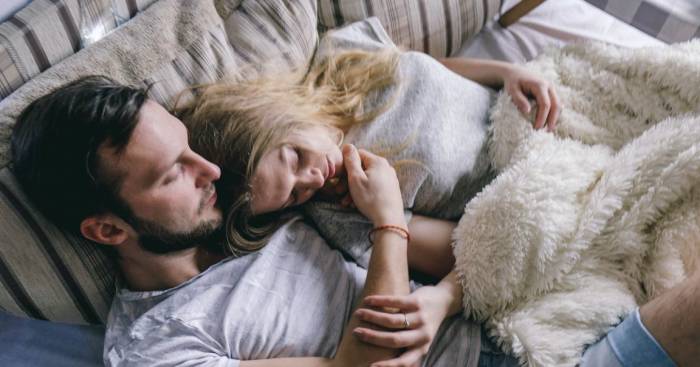 When you snuggle up to someone, your brain releases a chemical called oxytocin, which is sometimes referred to as the "love hormone" or the "feel good hormone." Your brain produces it naturally when you cuddle, hug, kiss, and have sex (and especially after orgasm). Oxytocin might be effective in treating depression, because it promotes empathetic behavior. One of the studies on the effects of this "cuddle hormone" was published in the medical journal Psychoneuroendocrinology. This study involved two groups of people, one of which had been given oxytocin through a nasal spray. The study proved that oxytocin helped people overcome social rejection. However, a later study proved that receiving this hormone via nasal spray could lead to an increase in aggression. The best way to get anything is usually the natural way — in this case, by cuddling. 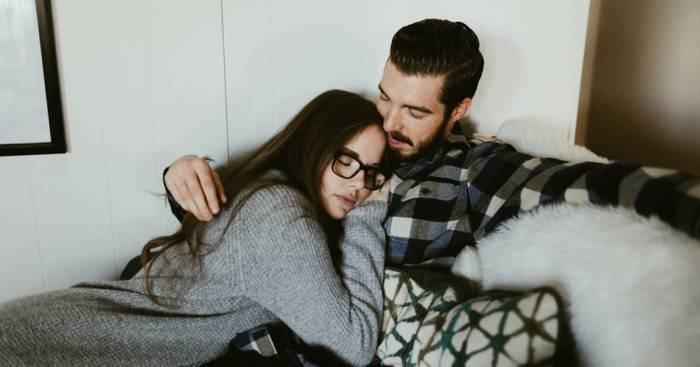 Oxytocin can lead to forming bonds with others and asking them for help.

According to a study conducted in 2013 by Dr. Mark Ellenbogen. "Instead of the traditional 'fight or flight' response to social conflict, where people get revved up to respond to a challenge or run away from it, oxytocin may promote the 'tend and befriend' response, where people reach out to others for support after a stressful event." 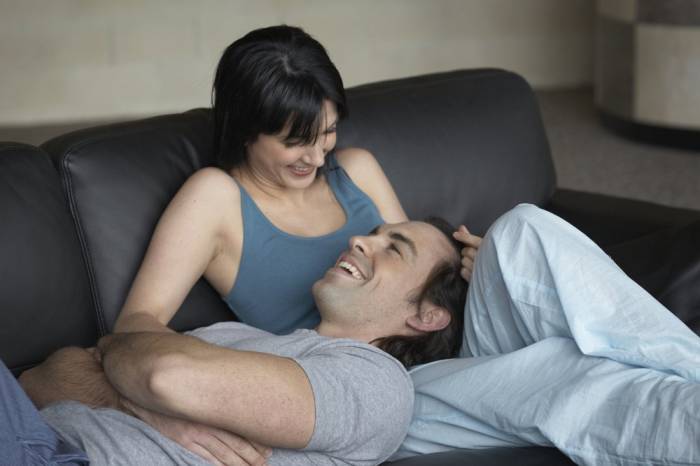 The act of cuddling also lowers your cortisol levels. Cortisol is a stress hormone that makes you feel anxious. So, lower cortisol means less stress. Plus, cuddling triggers dopamine, AKA the pleasure hormone. Essentially, there's actual science to back up the idea that physical contact with another person (or a pet!) makes you feel good. If you suspect your partner is dealing with depression and anxiety, they may say they just want to be alone, but the benefits of being held by someone who loves them outweigh the short-lived irritation they may express at your insistence. Cuddle up to your partner and hold them. You don’t even have to say anything — sometimes the act of cuddling can be all they need at this time.

If you need ideas, here are three ways to maximize your cuddle time and improve your overall happiness.

If you are depressed or have anxiety, do not get into the habit of sleeping alone. If you are not ready to talk to your partner about it, just tell them you are going through something and cuddling at night will help. Chances are they have already noticed something isn’t right and will be happy to be able to do something to help. 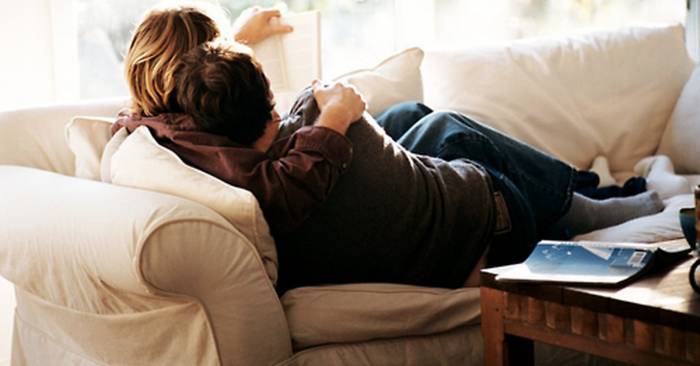