“Vissarion” or “Jesus of Siberia,” is a self-proclaimed cult leader who was recently arrested by Russian authorities on charges of extortion and abuse. Torop is a former traffic officer who experienced an “awakening” just as the Soviet Union fell. He then founded the Church of the Last Testament and wrote a ten-volume “sequel to the Bible.” He started his cult in the year 1991.

Reportedly, some of Torop’s followers died by suicide or as a result of the harsh living conditions and lack of medical care they received while on his commune in the 1990s. 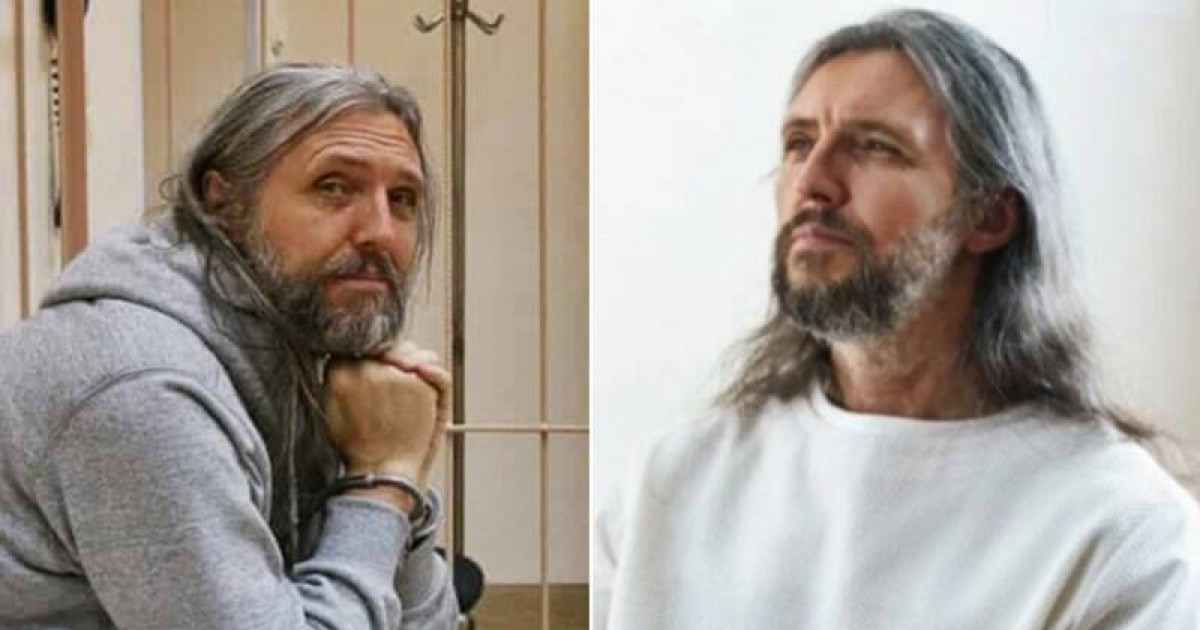 Known to his followers as Vissarion, Sergei Torop has been running the Church of the Last Testament in small villages all across Siberia.

Russian authorities have now arrested this cult leader who has been claiming for the last many years that he is the reincarceration of Jesus and for the past 30 years has been running his church. 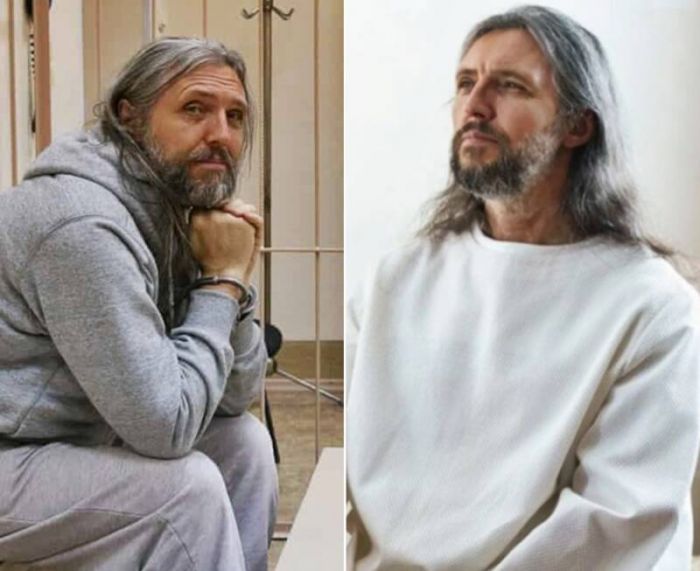 Former traffic officer, 59-year old Sergei Torop, had been leading several thousand followers in small communes across the remote Krasnoyarsk region of Siberia. The cult, which is called the Church of the Last Testament, espouses veganism and keeps track of time beginning on Jan. 14, 1961, the day Torop was born. He is known to his followers as “Vissarion,” which in Russian means “He who gives new life.”

Authorities reveal Torop is guilty of not only extorting money but also mentally abusing his followers. He was arrested with two of his right-hand men, one of whom is Vadim Redkin, a former drummer from a Soviet-era boyband. 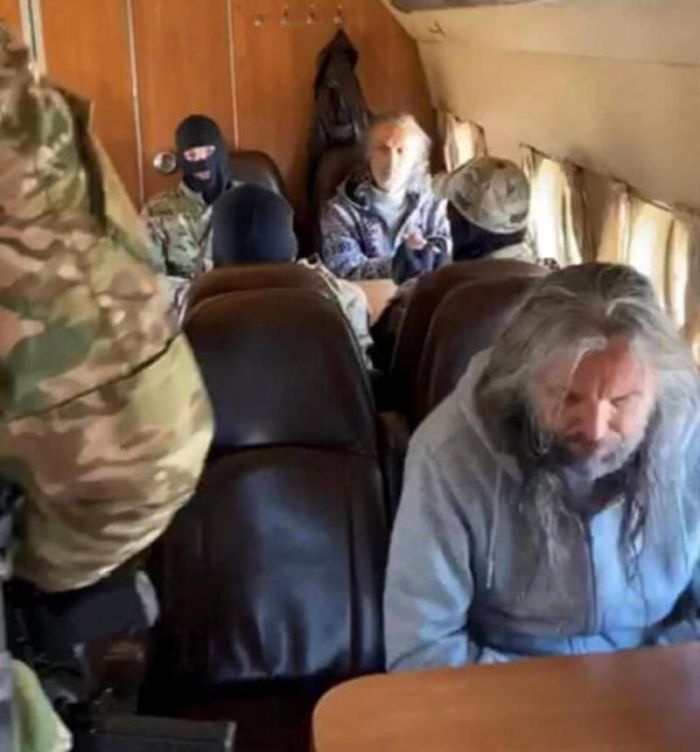 Russian Investigative Committee said that it would charge the “Siberian Jesus” with organizing an illegal religious organization and alleged that Torop had used “psychological violence” against some of his followers, resulting in “serious harm to their health.”

Torop and his right-hand men are also investigated on suspicion of “causing grievous bodily harm to two or more persons.” 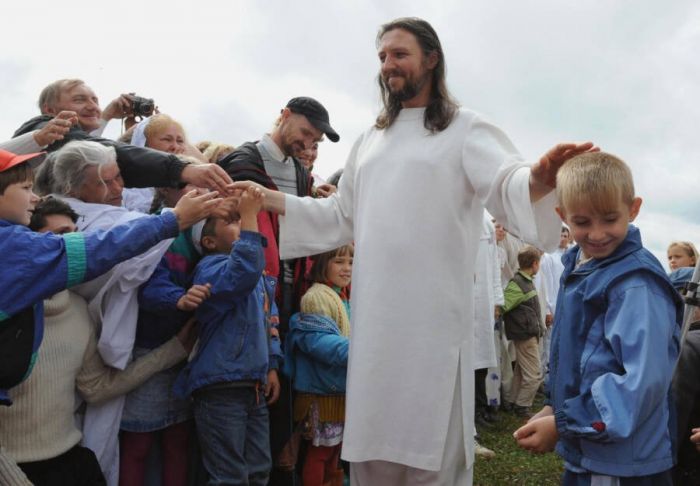 After his arrest, footage revealed shows Torp ushered from a van into a helicopter. The operation, which involved masked soldiers storming the cult, was carried out by multiple government agencies including agents from Russia’s FSB security service.

Torop began his cult in 1991 after he lost his job as a traffic officer and experienced an “awakening” just as the Soviet Union fell. He then founded the Church of the Last Testament and wrote a ten-volume “sequel to the Bible.” 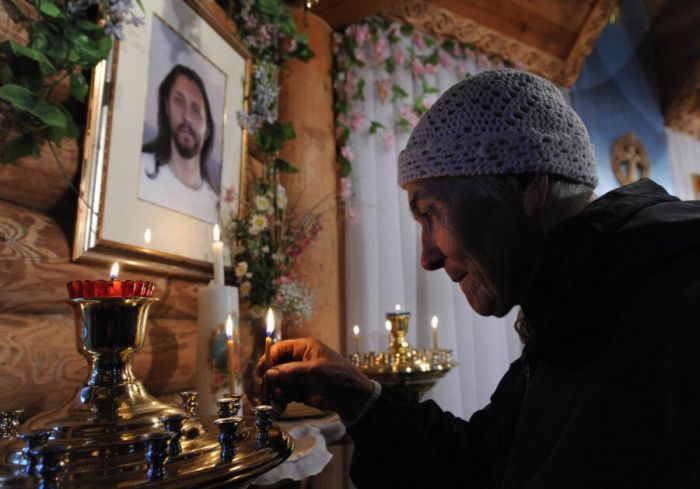 The cult is now famous across Siberia and has thousands of followers mostly working professionals from the region including musicians, teachers, doctors, and even ex-Red Army colonels. Members also include foreigners from countries like Germany, Australia, Bulgaria, Belgium, and Cuba. Followers are compelled to wear an austere wardrobe and celebrate Christmas on Torop’s birthday.

“I am not God. And it is a mistake to see Jesus as God. But I am the living word of God the father. Everything that God wants to say, he says through me,” the cult leader said during a 2002 interview. Torop originally claimed that Jesus was watching over them from an orbit close to Earth and that the Virgin Mary was “running Russia” before declaring that he was the reincarnation of Jesus himself. 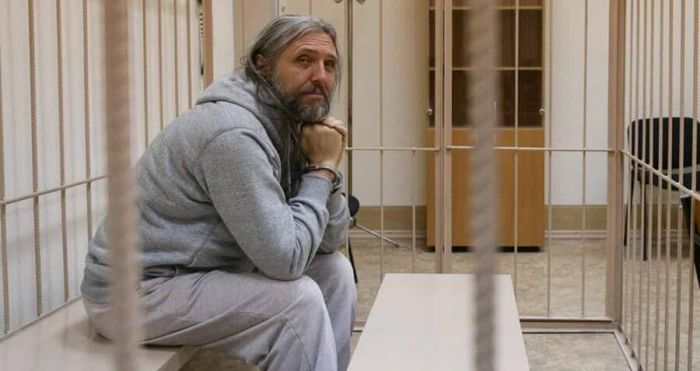 CBS reports some of Torop’s followers died by suicide or as a result of the harsh living conditions and lack of medical care they received while on his commune in the 1990s.

Torop also claims that he has 5000 followers, several hundred of whom live in wooden huts in the cult’s remote “Sun City” commune at Petropavlovka, Siberia. Authorities estimate that there were about 90 families living at the site they recently raided.

The cult which has been largely left alone by local authorities has long been condemned official Russian Orthodox church. It’s unclear why exactly Russian officials decided to move in on the cult now, but it could have to do with business. Some Russian outlets have reported that the cult was involved in disputes with local business interests.

The self-proclaimed Siberian Jesus is now facing 12 years in jail. 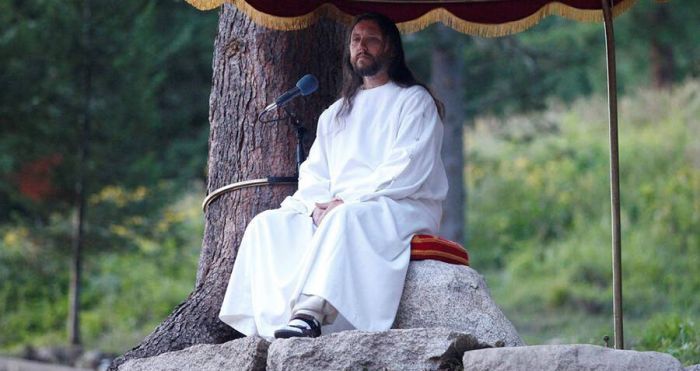 This is not the first time of cult making it to the news. Earlier in September 2020, a Colorado-based cult known as “Love Has Won” was kicked out of Hawaii after locals protested the group’s appropriation of a Hawaiian deity. “Love’s” leader, Amy “Mother God” Carlson, claimed to be the reincarnation of the Hawaiian god of fire known as Pele.