Posted by Sama in Bizarre On 19th September 2021
advertisement

This rude couple was kicked off the plane before boarding the flight after they refused to comply with the rules and upon several requests, they refused to wear their masks in correct manner. However, while on their way out, the couple harassed the airline staff and gave them one hell of a time. Gladly, the fellow passengers recorded the whole happening as evidence to be presented later. The couple has now been banned from traveling by airline in the future. 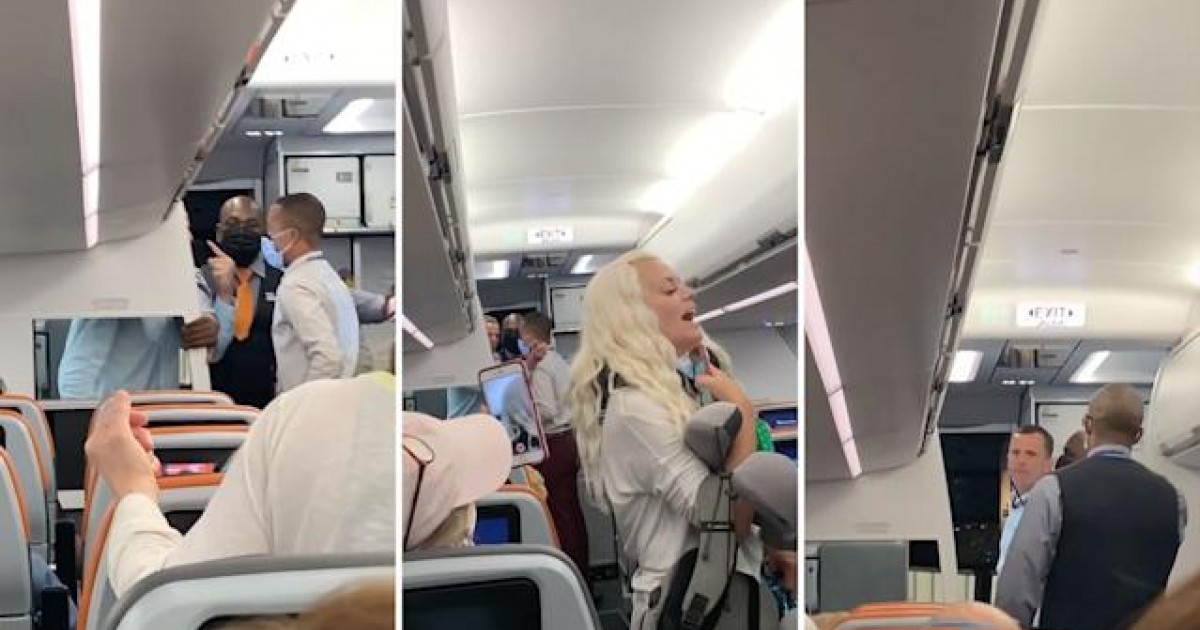 A couple who refused to wear their masks before takeoff was filmed verbally abusing the JetBlue flight staff while they were escorted off the plane.

The shameful incident took place on a flight from Fort Lauderdale, Florida to San Diego, California earlier this week, but footage has since been shared widely online after a fellow passenger filmed the episode.

Sharing the video to Instagram, a woman named Alice says that the situation became chaotic when a flight attendant asked the woman to fix her son's mask before boarding the plane, however, the lady paid no heed. She also said that the woman and her husband “had their masks on off the nose the whole time”. 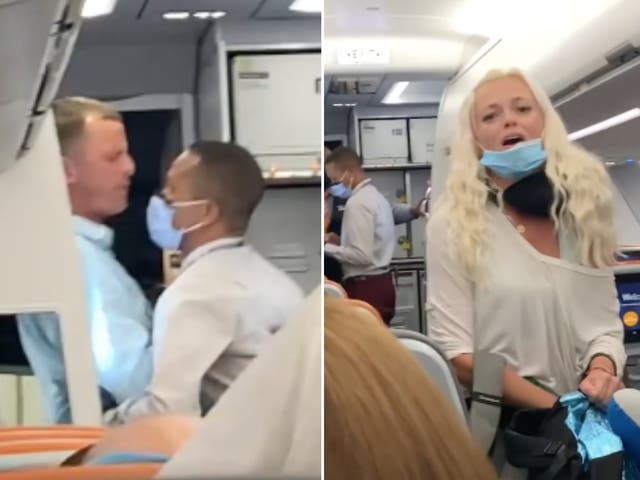 Talking to ABC 10 News, Alice said: “Her husband walked down the aisle to the outside of the plane. Then this whole mess just started happening. When he came back, he just started yelling at the flight attendant.”

The video shows the man who is not seen wearing a mask is shouting and rudely swearing at the flight attendants. Not only this but as the flight attendant appears to reach out towards the man, he angrily pushes his hand back, saying “how f***ing dare you?”, causing another worker to intervene.

The angry passenger then goes on a foul-mouthed rant, saying he has waited “four f***ing hours” for the flight and that he was only given “one warning” to pull his mask up – which he claims he did “the second he (the flight attendant) said something”. 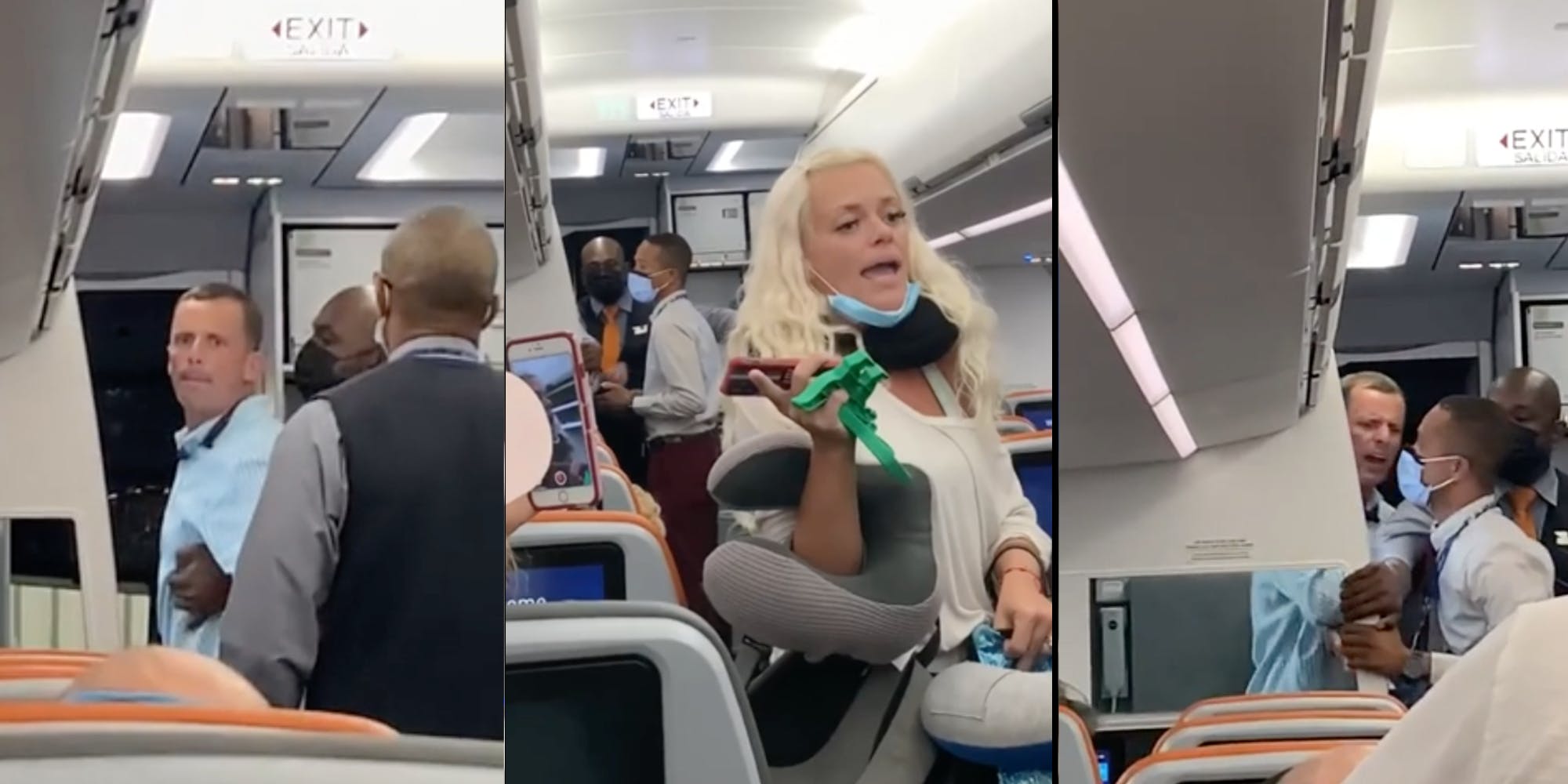 He then goes on to describe the situation as “f***ing bull***” and tells them flight attendant to “get me my s***”, presumably when he tells him to leave the aircraft.

The later part of the video shows the rude woman heading towards the exit of the plane and stops to talk to fellow passengers, pulling down her mask in the process.

She tells fellow passengers that her son’s mask had briefly fallen off his face before the adults “apologised and fixed it”. But she claims the alleged move “wasn’t good enough” for the flight attendants.

“Now they’re kicking us off and we don’t know why,” she goes on. 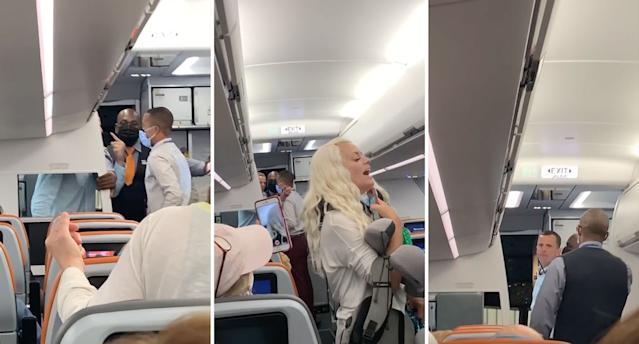 As she continues to walks away, and people continue to film, she adds: “Let it go viral. We’re going to sue.”

Turning then to a staff member, she then says: “Everyone I know’s an attorney”.

After the woman gets off the plane, the man continues shouting and swearing. “I respect your rules. ‘I’m not the type of guy… I’m a vaccinated person. You gave me one warning!” he rants.

The video then finishes when the rude man orders the flight attendant to “turn around and face everybody”, but some of the other passengers respond by heckling him and shouting: “Get off the plane!”

When he is finally off, people cheer and applause on the plane.

JetBlue has announced that these customers won't be allowed to fly with the airline in the future. As per the company, the couple was asked multiple times to wear their masks properly however, they refused to comply with the rules.

“For reference, crew members are trained to speak to customers who are not following policies. If a customer refuses to wear a face mask after being asked, crew members will work to de-escalate the situation to the best of their ability to gain compliance prior to removal.

“The safety of each customer and crew member is our first priority, and we must work together to follow the federal mask mandate during the travel journey.” 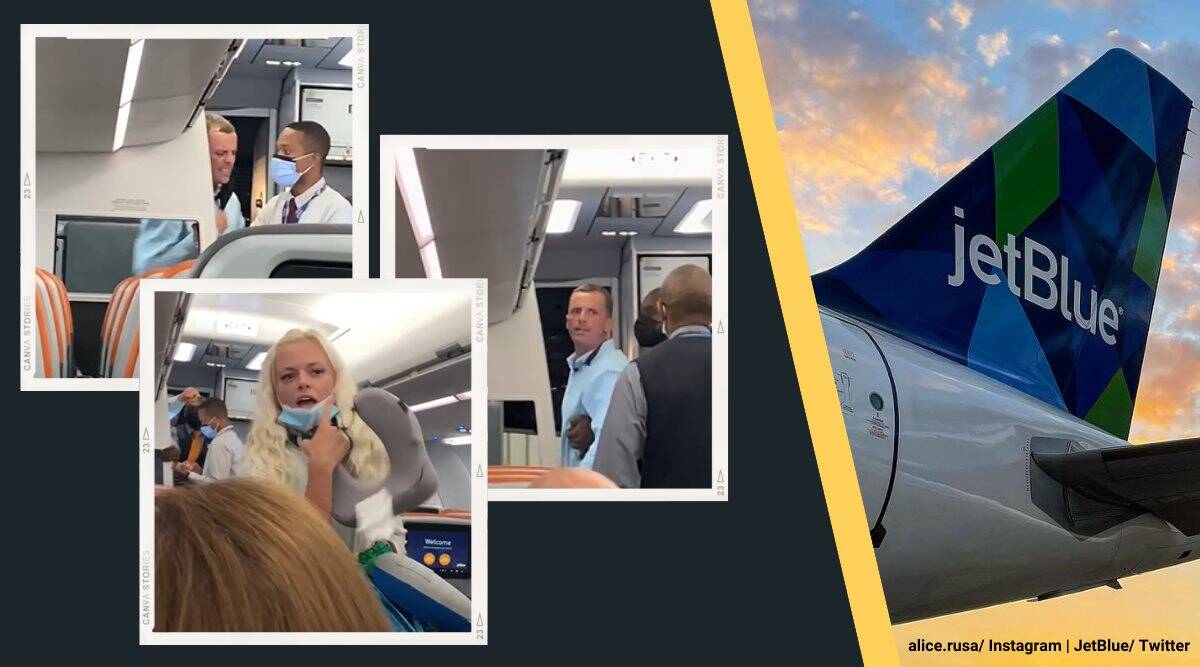