Posted by Aleena in Bizarre On 25th June 2022
advertisement

In a video taken in Las Vegas, two persons can be seen allegedly attempting to steal a guy's chain necklace as the man is being detained by a security officer. 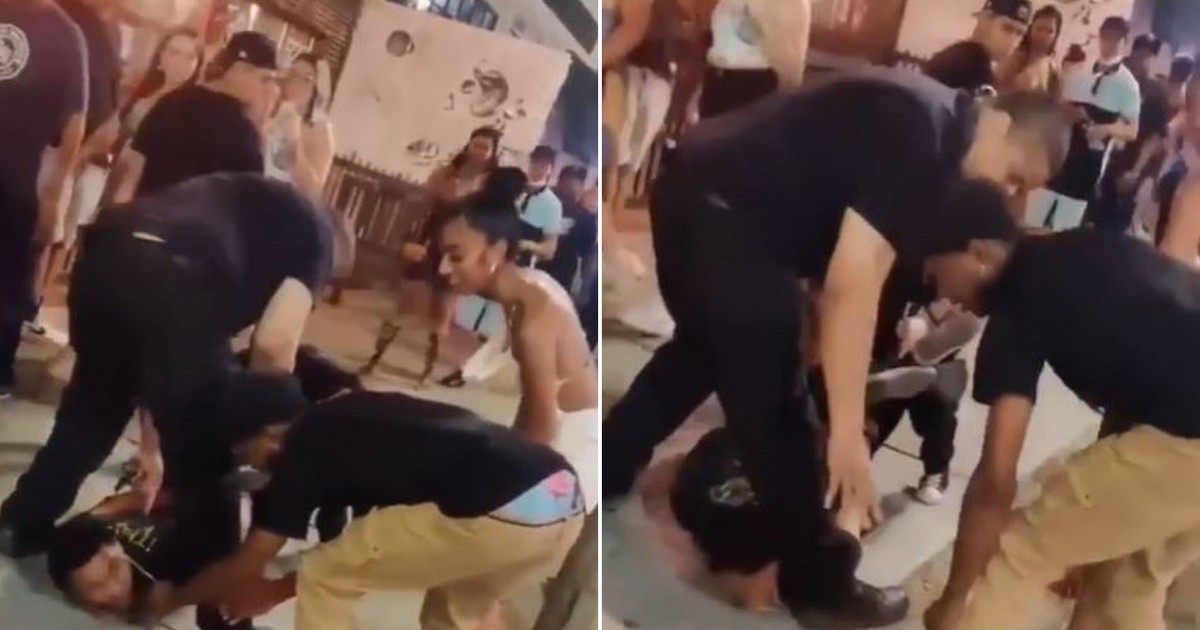 A guy is seen laying on his stomach on the Vegas pavement in a video that was uploaded to Instagram and Twitter.

The man is being detained with his hands behind his back and his face trapped between the arresting officer's two knees. 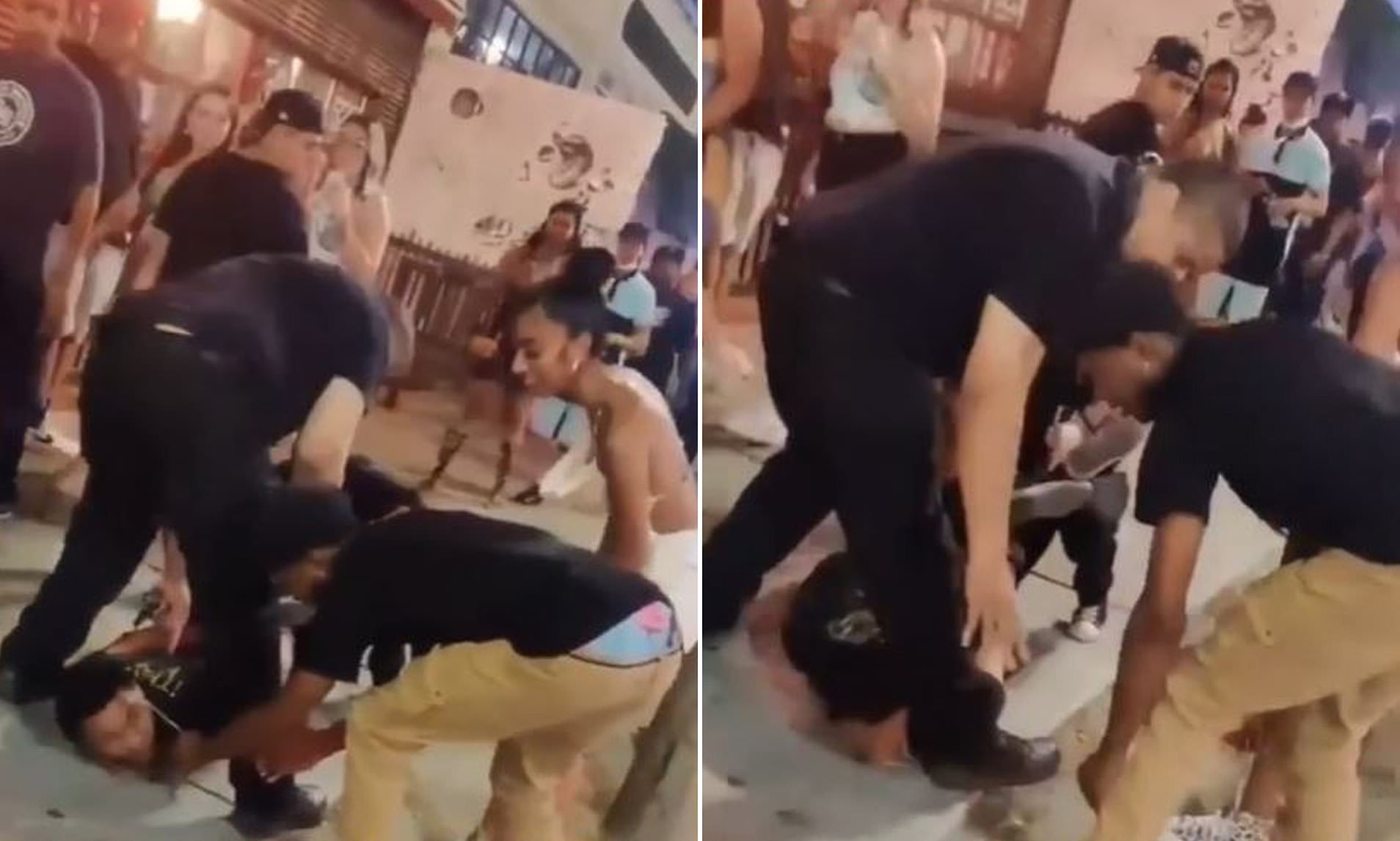 You can see a woman in an all-white suit enter the frame as the victim is still lying there and attempt to remove the chain from his neck.

She makes a few cautious tries to grab the chain, but she retreats as the man turns his head. 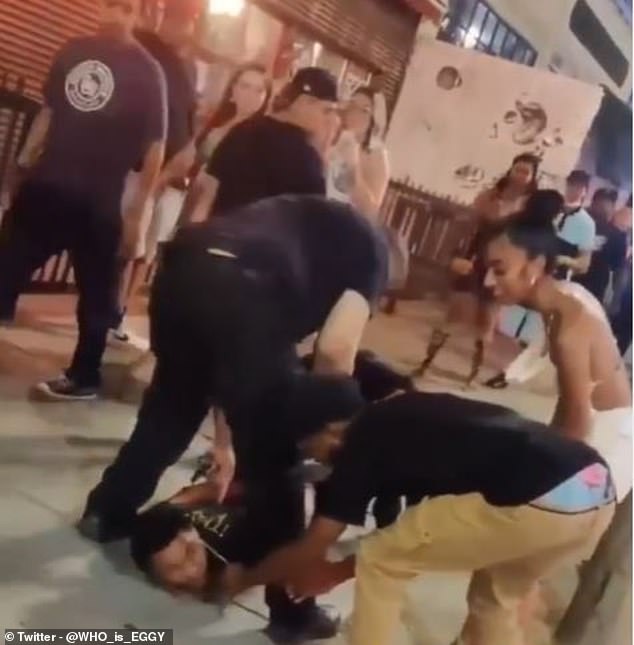 He grabs the chain right away, grasping the man so hard that his head and neck start to move.

Before the officer can stop him, he makes a second, sharper reach for the necklace.

Onlookers can be heard urging him to stop as he takes it.

@lasvegasscoop1 caught this gem last night…. My mans getting arrested and they trying to come up on dudes chain😅 pic.twitter.com/DeiifH6lnV

'Leave his s--t alone!,' exclaims one of the people watching.

The man in the black shirt stepped back and appeared to leave as the video ended.

Although the guy and lady were forced away by the police, it is unknown if they were held or if the man on the ground was arrested. 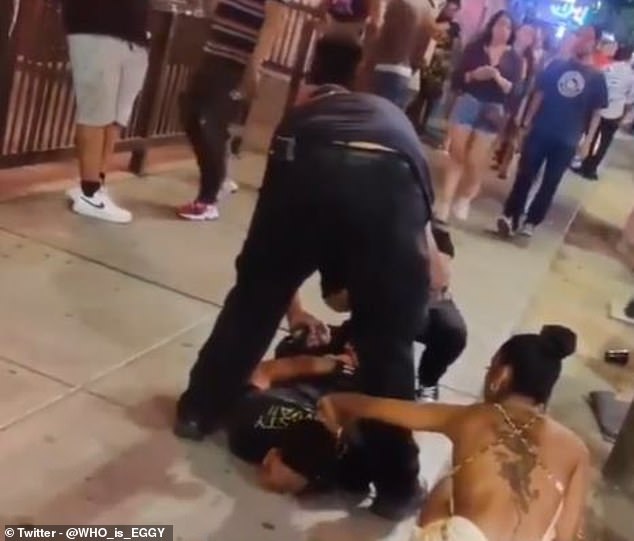 Twitter users expressed their opinions regarding the clip, one writing, “People be zombies for money today it’s crazy. In front of police like you can’t get arrested too?”

The Associated Press (AP) reported in January that during a three-month effort to reduce violence in the neighborhood, Las Vegas police made over 1,200 arrests on the Strip. 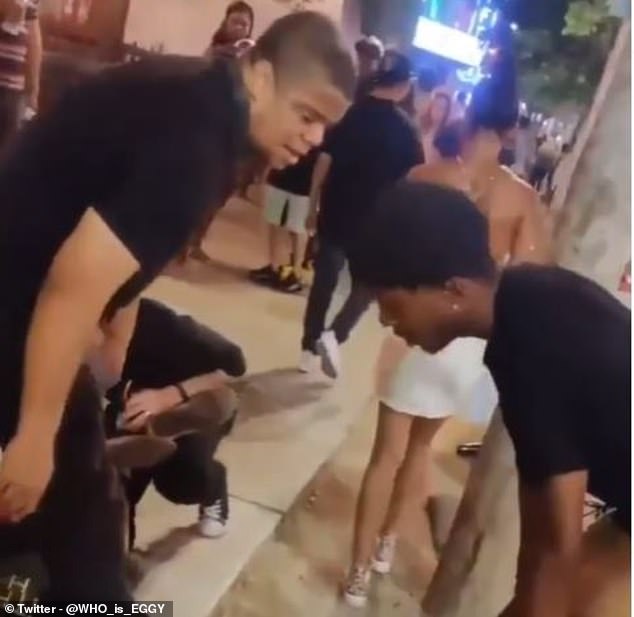 Las Vegas Police did not answer an inquiry for comment. 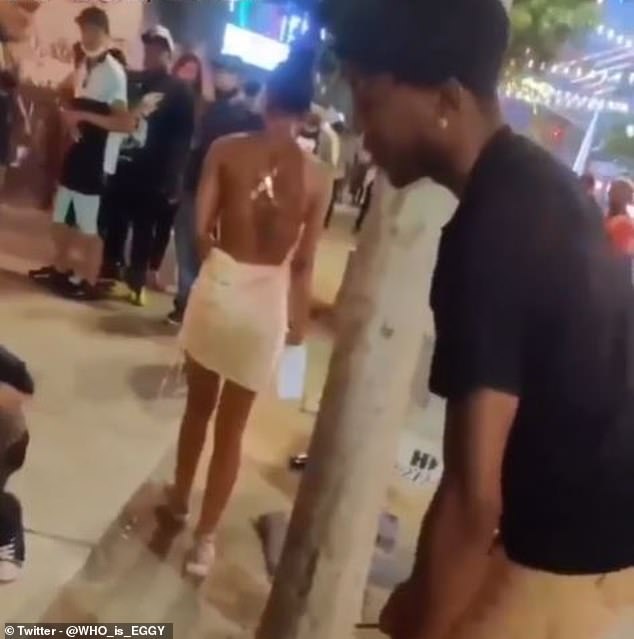