Posted by in News On 16th August 2021
ADVERTISEMENT

The internet has dubbed this man a ‘male Karen’ after his ridiculous requests to a couple after their car broke down in front of his store. 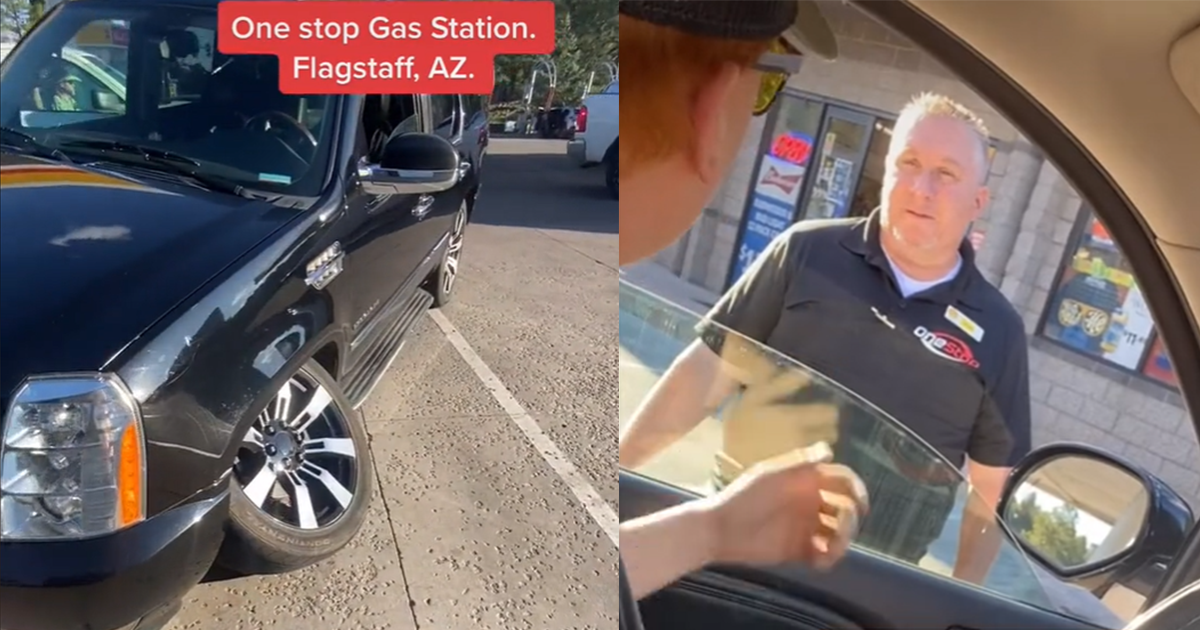 A video showing the aftermath of a car breaking down was taken by a woman and her brother whose car broke down in front of a store.

The two were driving when the front of the car ‘fell’ along with the tyre which also became dislodged.

This accident made the vehicle immovable and stuck outside the store of a petrol station. This is when the manager of the station came outside and demanded the car to be moved from its location. 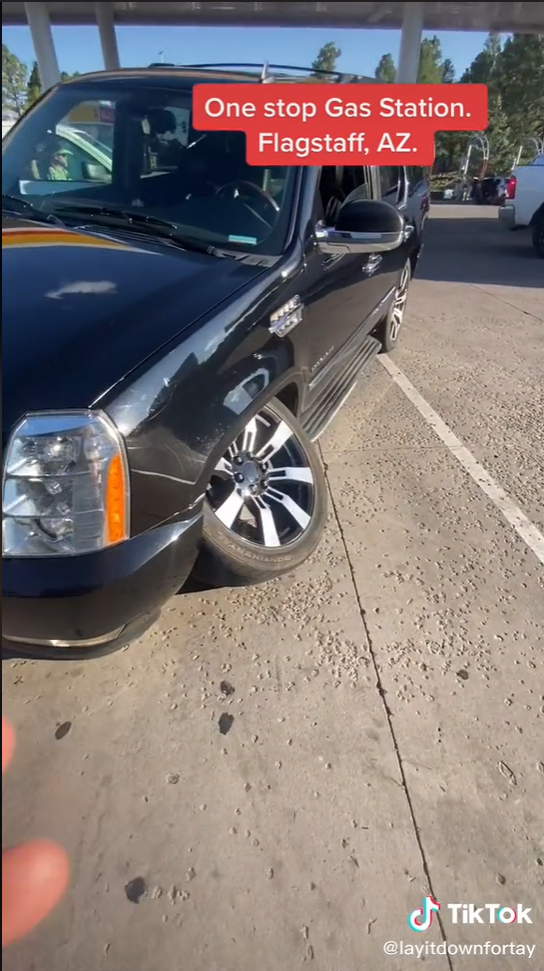 The sister who was in the passenger seat recorded her brother having an argument with the store manager and explained that the video was being recorded after several attempts at reasonable conversation with the manager. 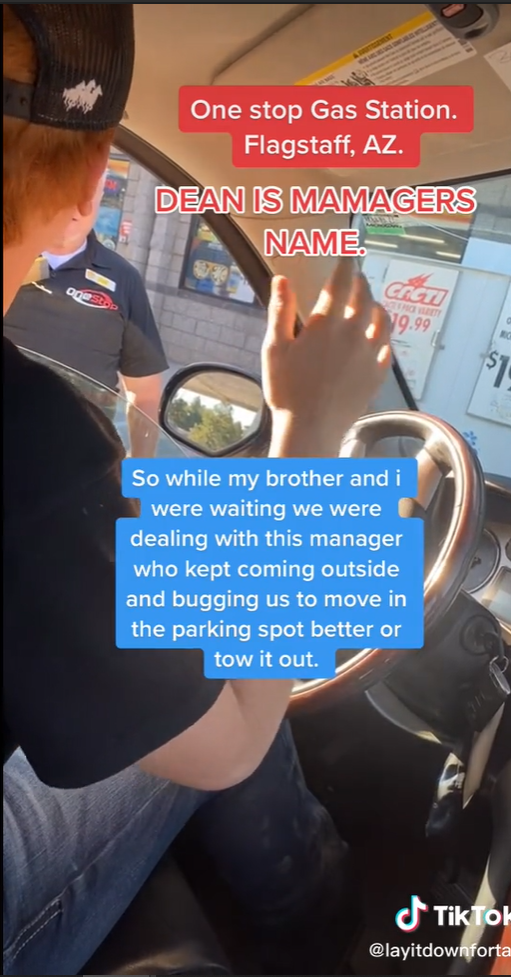 The manager however was in no mood to provide help but demanded that the car be moved, which at the time was physically impossible to do.

The brother had already called for assistance and could not move the vehicle until it had arrived. The manager at this point started hurling threats at the siblings saying that he would call authorities and tell them that the brother was being ‘combative’. 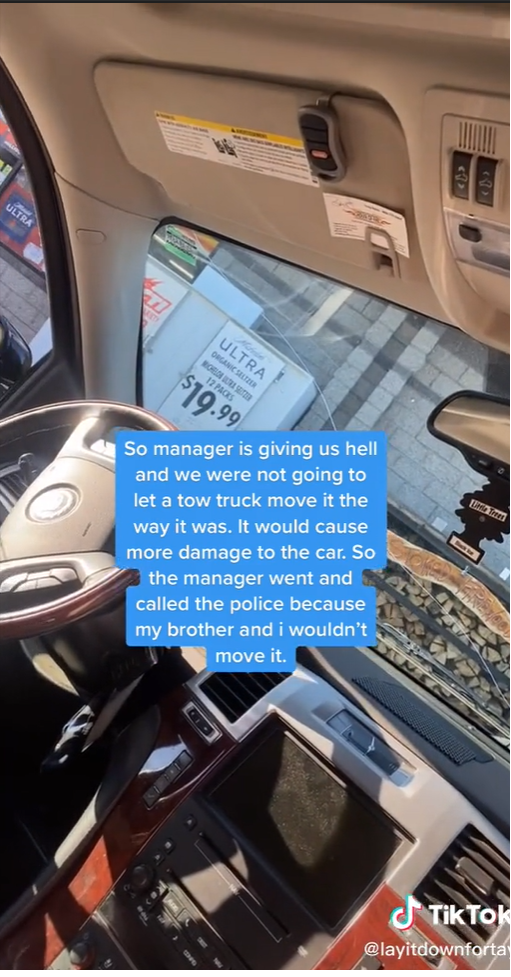 "leaving in a police car – is that what you want?"

The manager kept repeating that he only wanted the vehicle moved to which the brother replied, “We’re trying to get it moved. What do you not understand?” 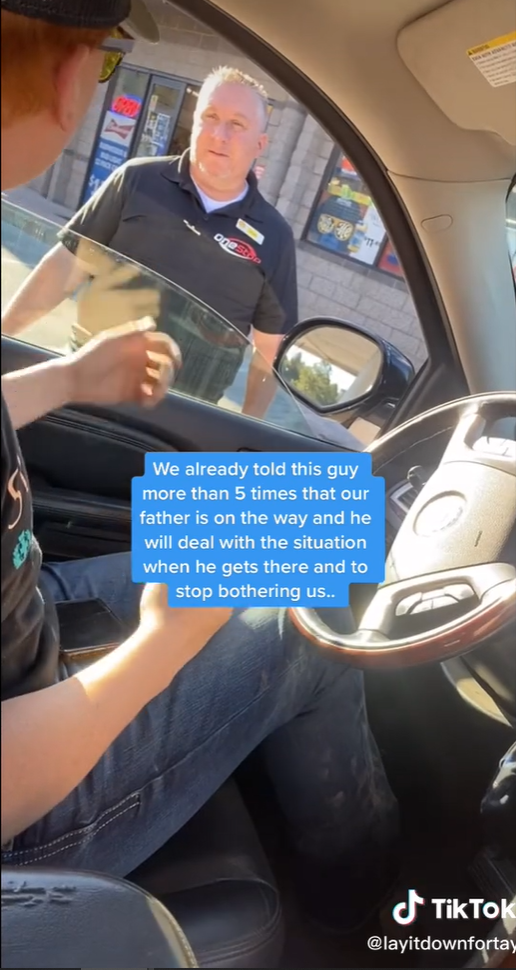 The situation which continued over a series of three videos continued to escalate with the manager refusing the understand the impossibility of his request. 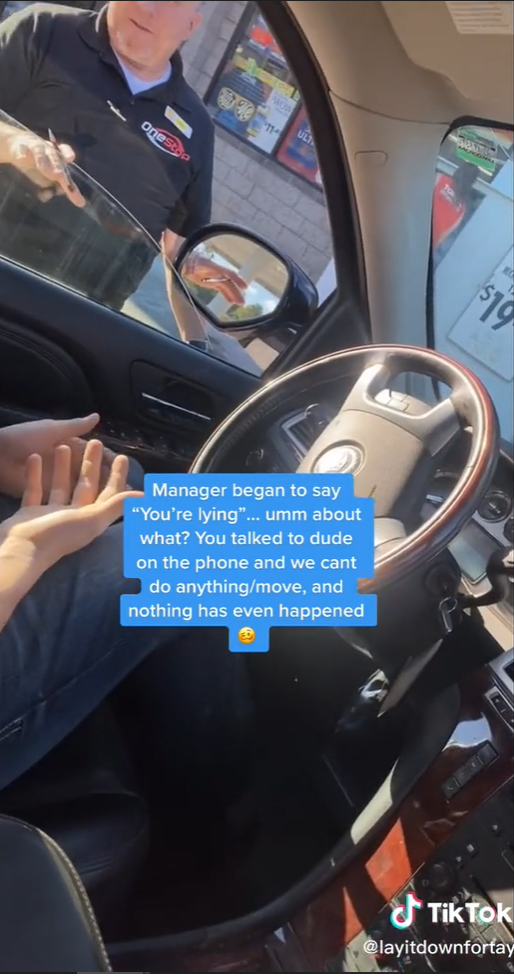 The siblings’ father finally arrived on scene to help with the situation. By this time the manager had already called the police who also determined that the vehicle was stuck and could not be moved. 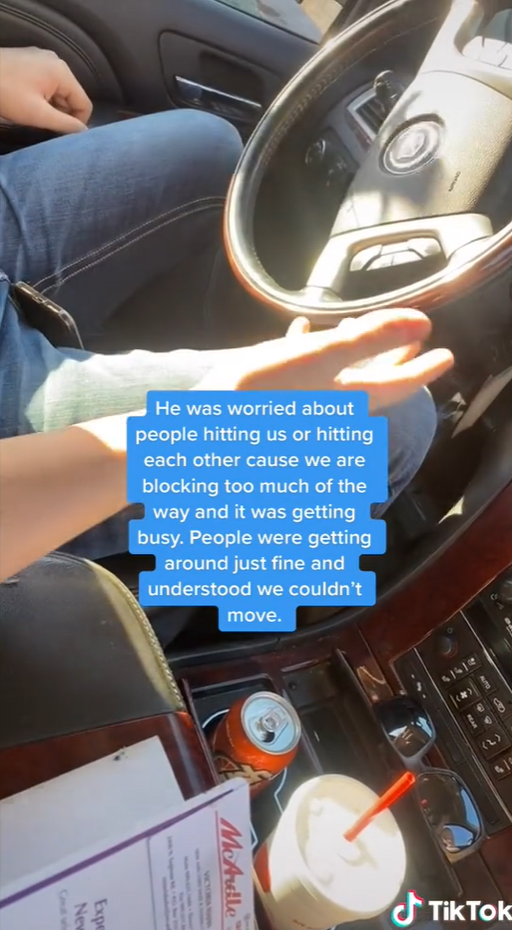 Watch the rest of the videos below.