Smart Inventions That Exist Only In Japan

Everyone knows about Japan. From it’s crazy inventions to it’s even crazier game shows! Let’s talk about some crazy inventions from Japan. Generally, Japan has no shortage of all sorts of wacky creations and whether they’re actually useful or not was pretty irrelevant (we’re looking at you, selfie stick). Here though is a list that has 18 inventions that were thought of in Japan and nowhere else in the world! We’re not saying you’ll never find them in other countries later down the line but for now only Japan has got these! 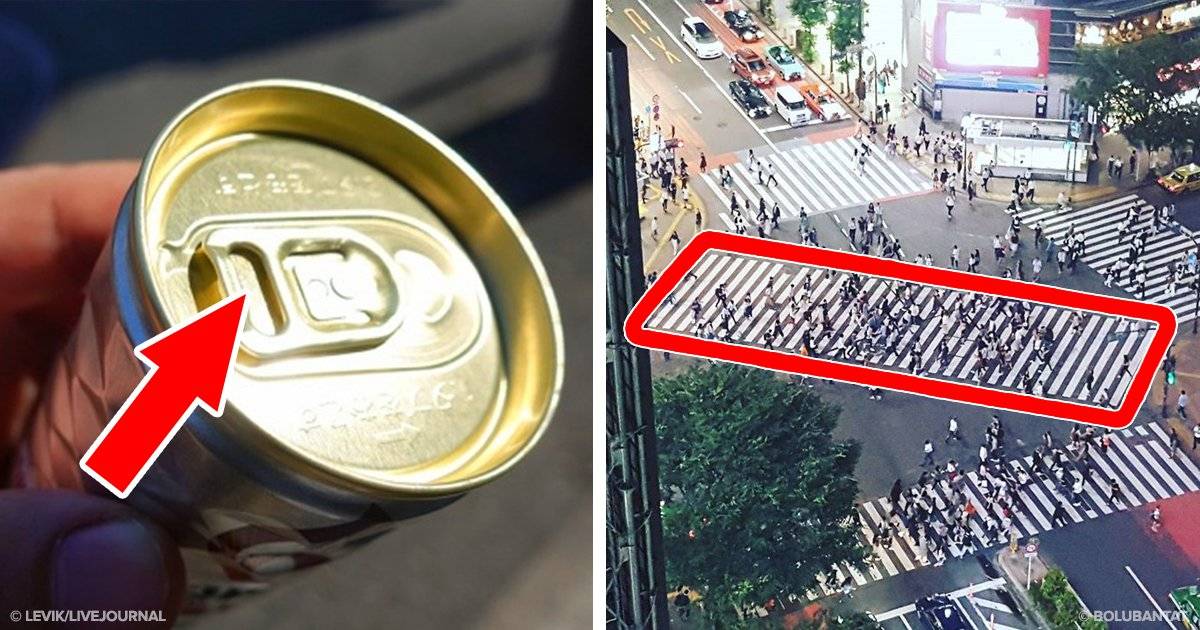 Have you ever sat on a train and wished you could turn the seat? Me, neither! But, it suddenly sounds like such a good idea! Now that I think about it I want all the trains I travel on to have seats that turn because who doesn’t want a good view of the countryside while they’re on a long journey?

#2 A motorcycle helmet with a ponytail hole

Helmet manufacturers have made helmets for girls before but no one has been so thoughtful as to put a hole in the back so girls can pull out their ponytails and avoid it getting all messed up when it’s pressed by the helmet.

This is how motorcycle helmet manufacturers care about ladies. It’s such a trifle, yet a pleasant one.

#3 A place to seat a baby in a public bathroom

The designers of the public bathrooms made an inspired decision to put a baby chair in every public bathroom so you don’t have to worry about a thing when you’re out and about with your little munchkin! All parents dream of such a thing, it’s a special place where you can seat your baby while you’re doing your business. If it’s just the two of you, it’s dangerous to leave the baby alone outside and uncomfortable to take them in with you.

If you feel awkward sitting alone in a cafe, this is an option for you. when you come without any company, the staff will place a soft toy in front of you. Now you’re not alone.

Coffee places in Japan have started putting large stuffed on an empty chair next to a solo coffee drinker! It helps them feel less lonely!

Have you ever seen your friend across a big crossing and thought if only I could cross this road straight to him and not worry about zebra crossings!

A lot of us would give much to have diagonal road crossings. In Tokyo, however, it’s entirely possible — they even have corresponding zebras.

#6 Separate slippers for the bathroom

You’ll see such slippers in every home. The Japanese consider their bathroom the dirtiest place in their house, even if it’s clean. They can’t enter it in the same footwear they walk around the rest of the house in. Just think about it.

Finding a house in Japan by its address is a real test. In Japan, houses are not given specific numbers. They are instead identified by the owner’s last name. That is why you will see a lot of houses with the plaque of the owner’s name in front.

One for the environmentalist in all of us! A dream for those who care about water saving and ecology. The supply tank gathers water from the sink when it’s used to wash hands, making you utilize it twice.

#9 A hotel where a robot dinosaur will check you in

Talking about automation… This Japanese hotel automated their reception but needed a smart way to implement it. What did they think of? A T-Rex at the reception!

This hotel went even further and made a robotic clerk. A robot dinosaur in a cute hat.

#10 A napkin that covers your face when you eat burgers

To eat a huge burger, you have to open your mouth widely. The Japanese are embarrassed by this, as many people are, and thus rarely order burgers. The owners of one fast food restaurant took note of this and started putting their burgers into napkins that conceal your chewing face from the rest of the world.

In the rainy season in Japan, people take their umbrellas everywhere.

You can find these "parking lots" next to many office buildings.

The Japanese people don’t want to get their office floors all wet due to their drenched umbrellas so they have an umbrella stand to keep them locked and ready for you when you’re going out again!

Another great japanese invention: umbrella lockers. So you don't have to carry them around inside a building and nobody takes yours 'accidentally' #smartypants #japaneseinventions #umbrella

Cans here have a little space so it’s easier to open them.Unlike the cans we’re used to, these ones have a special ring that makes them easy to open Given that it’s not so hard you can expect other country’s soda can manufacturers to get on the bandwagon soon.

It’s so cool when manufacturers think of even such small details! 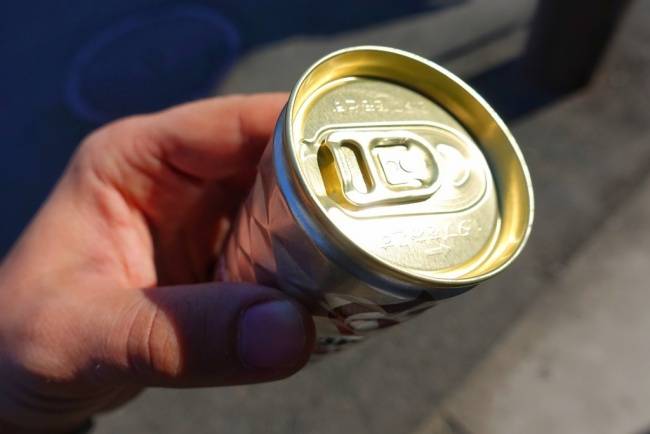 It’s a tradition in Japan to do everything on the floor: eat, sleep, watch movies. This is a mat that can fold into a laptop table as well so people can work comfortably while upholding their traditions. 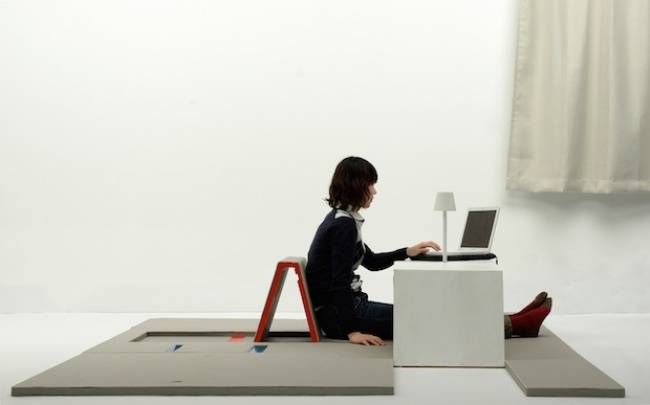 Japan is a country of robots and automated machines that replace people everywhere they can.

With the population of Japan growing both smaller and older retail store companies are finding ways to operate their stores without many young employees and they do that by completely automating their stores so not a single employee needs to be in the store!

For instance, this shop has no assistants — only machines. A paradise for introverts where you don’t need to talk to anyone! 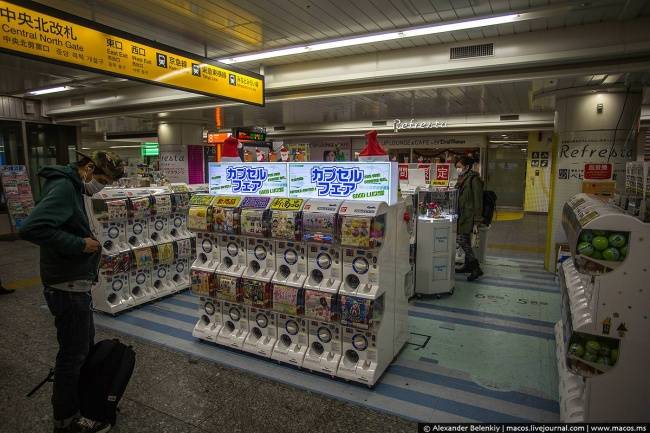 #15 A cushion for lying down and working

When you work at your laptop lying on your stomach, your hands get tired very quickly. That’s why there’s now this holder.

Lying down on your stomach can be great! 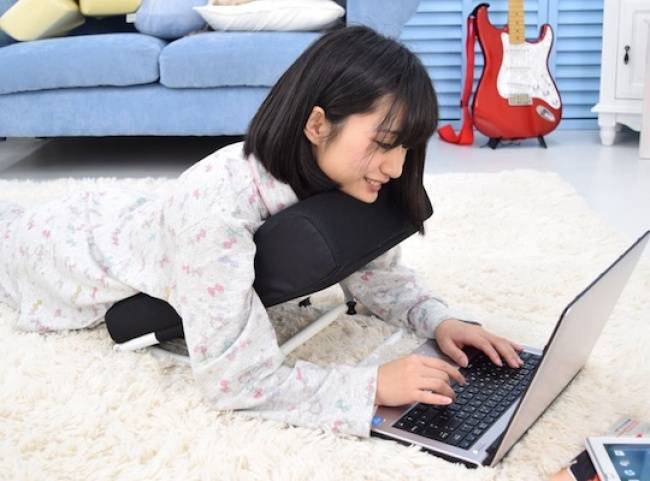 Do you ever want to sing along to your favorite song but it’s 4 am and you don’t want to wake anyone up? If you don’t want to bother others with your singing or are just too shy to sing out loud, this mic will help you out: it muffles your voice so only you can hear it. 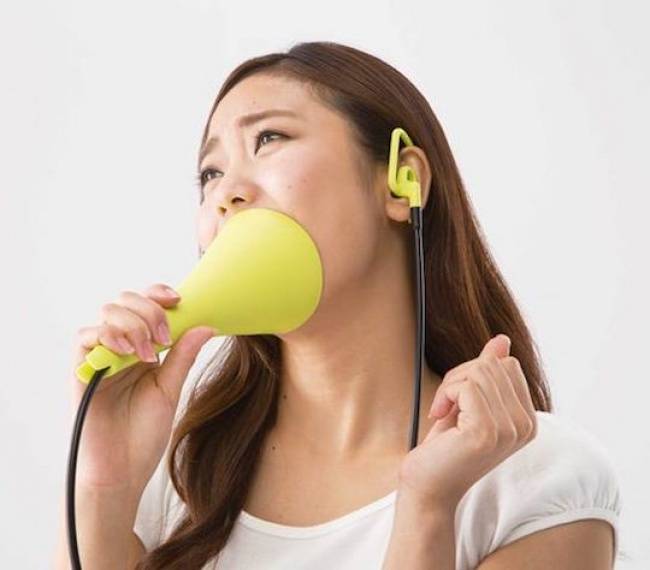 We’ve all seen a dog wearing sunglasses now and then. Either right in front of us or on TV. But, those are human shades on dog eyes. These shades offer protection for a dog’s eyes from the burning rays of the sun.

This invention seems strange at first, but then you realize dogs may not like bright sunlight, just like us. And the considerate Japanese thought about it. 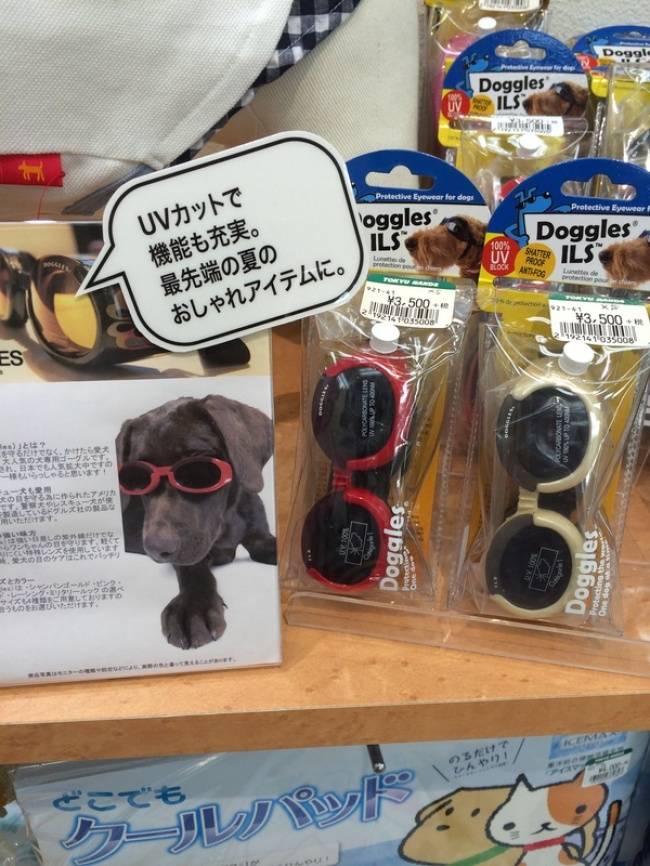 Your hands will always be free — perfect for watching movies.

Have your tablet comfortably in front of you without having to hold it with this tablet holder, especially with the HUUUGGGEE iPad Pro out! 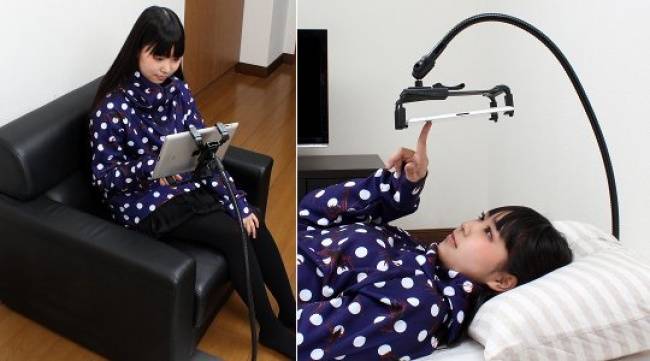