Posted by in Life Style On 7th October 2021
ADVERTISEMENT

A Mormon sex trend getting popular on the internet has a lot of people confused. The sexual act considered a loophole is where a male inserts his p*nis into a girl and ‘soaks’ without moving is one way of engaging in sexual activity without committing sin.

Mormons consider all sexual activity a sin which means that premarital or teenage sex is off the table for all Mormons. Teenagers however have come up with creative loopholes to ensure they manage their raging hormones and still remain within the rules and confines of their religion.

I love when people first learn about crap like this pic.twitter.com/TBietB9LQg

One such activity is called ‘soaking’ or sometimes called ‘marinading’. This is where the p*nis is inserted into the v*gina and both parties remain absolutely still. The assumption here is that the movement is what makes it a sin and if the two don’t move God won't be able to see the sin.

Since Mormons are tending and some people don't know what soaking is pic.twitter.com/gFGsyOs3Hy

Another aspect that takes this up a notch is the addition of a third party where a friend shows up to create friction for the two parties engaging in sex. This is under the premise that if the movement is caused by a third party, it won't be considered a sin.

This has lead to many a friend being volunteers to help Mormon teenagers ‘jump hump’ for their friends as they ‘soak’.

Did you know if someone else jumps on the bed, the movement doesn’t count? #notallheros #exmormon #soaking #soaktok #hiatus #backatit #mormonshit#exmo

Apparently soaking has been a thing for some time now, with it only getting internet notoriety due to the internet.

Mormons however maintain that this is simply a rumour and not something that people actually engage in.

This urban myth however starts becoming a little more real as the sheer number of soaking videos and accounts keeps going up.

Church authorities maintain however that all sexual activity is a sin and that soaking is not the loophole teenage Mormons think it to be. 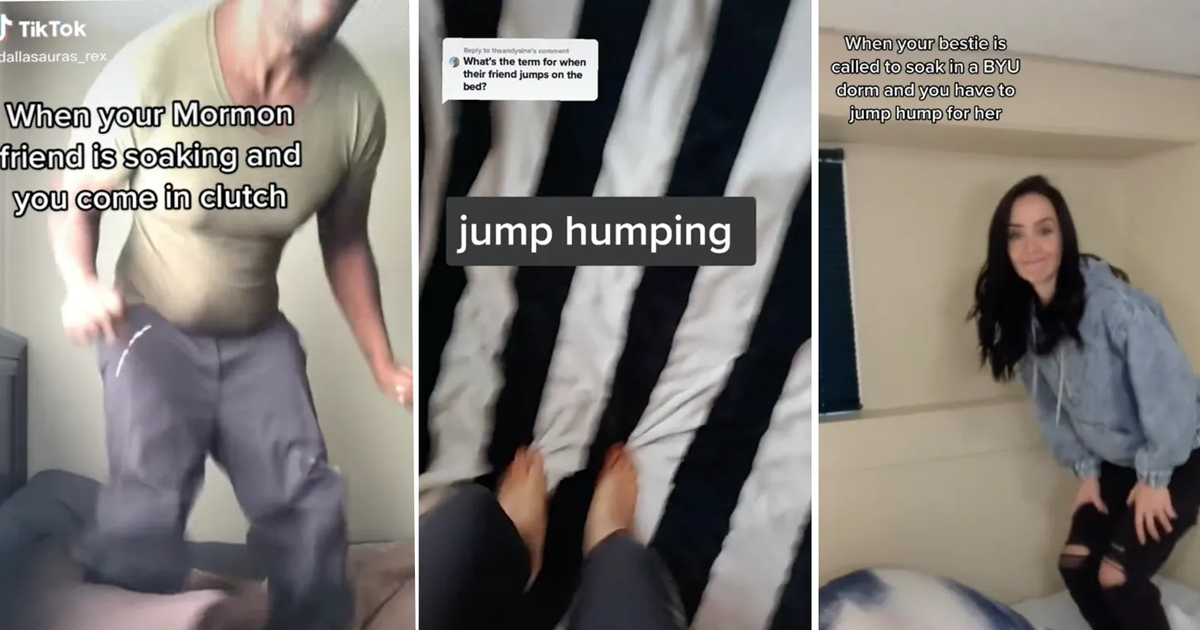