Spiders And Snakes Swarm Towards Australian Homes As They Flee Floods

Posted by Sama in Bizarre On 24th March 2021
ADVERTISEMENT

Horrifying footage from the Australian floods shows thousands of spiders and snakes swarming towards residential areas in search of dry land. Emergency services are being carried out now to safely evacuate the land and thousands of people and animals have already been shifted to safer areas. 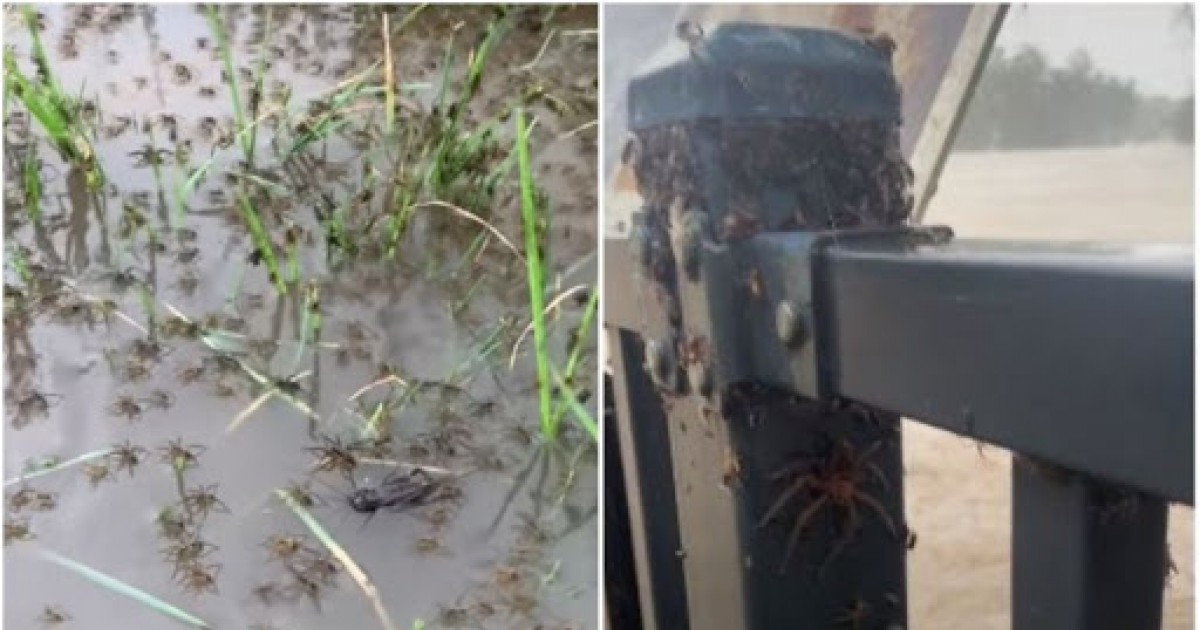 Scary record-breaking flooding in Southeastern Australia has caused a horrifying animal exodus to the higher ground with spiders and snakes swarming to people's lands and homes.

The community has been hit hard with rains however the major crisis hit the east coast as a result of an overflowing dam ultimately leading to flash flooding. 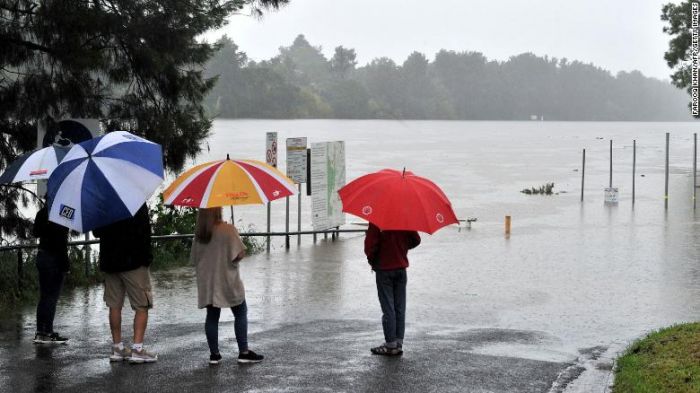 Updating on the rescue work, New South Wales (NSW) Premier Gladys Berejiklian announced that nearly 18,000 people have been evacuated from flood-hit regions in the state, and locals took to social media to show that thousands of animals have been on the move, too. 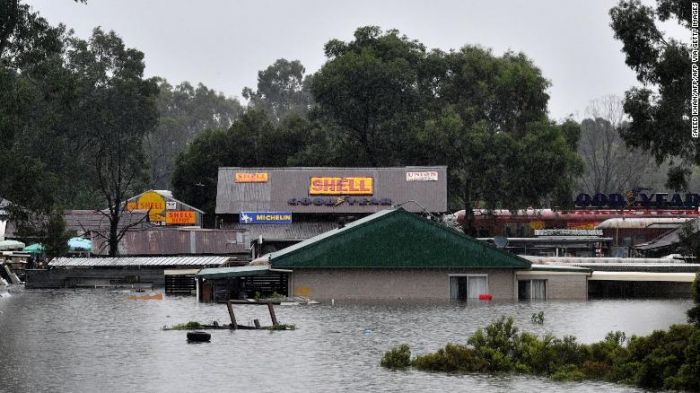 Because of the flood and rain, things have gone absolutely crazy and thousands of spiders and snakes now surround the residential areas.

Matt Lovenfosse has been posting Facebook updates from his family's farm in Kinchela Creek, including the pictures from the flood.

"All the brown you can see is Spiders trying to beat the flood water," he wrote in the caption.

Talking to CNN, Matt told that he grew up on the farm and they experience a flood similar to this one back in March 2001 and March 2013. On both the events, the floodwaters led to the spiders swarming the houses, which is the highest point on the property.

"It's still raining here and the flood water is still rising, the water is getting closer to our home," said Lovenfosse. "In the morning it should be inside and the spiders will be all over the house."

However, Matt shares that he and his family plans to stay put in his two-story home. 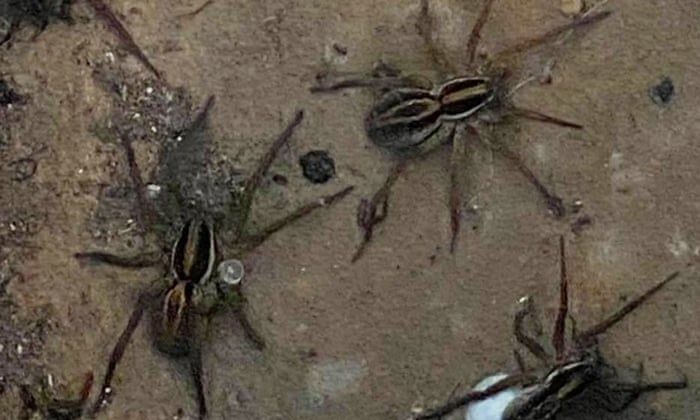 "My family has lived here forever, I have grown up here and we feel safe here," he said. Spiders aren't the only animals seeking refuge from the water, Lovenfosse added. "The trees are full of snakes," he said.

"If you take the boat out over the paddock they swim towards it trying to get on something dry, same with the spiders."

"I grew up here on the farm so I have always been around snakes, spiders and all the other animals so they don't bother me and usually we don't cross paths too often but when the flood comes they have to find somewhere to get dry," he said. 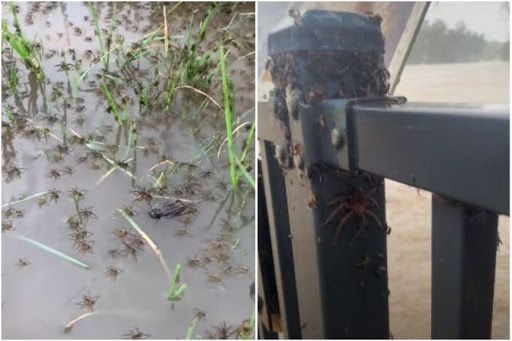 Melanie Williams, from the NSW town of Macksville, also posted a spider update on Facebook. "So many SPIDERS from the floodwater," she wrote, alongside a video of hundreds of arachnids crawling over what look like garage doors.

TikTok user Shenea Varley also shared a video showing spiders swarming on a fence as floodwaters hit their area. "They will climb up your legs to get shelter as well," the caption reads. The wet weather is set to continue, and Berejiklian predicts more people may be evacuated.

"The situation is evolving, the heavy rainfalls are going to continue and we are now seeing alerts issued for weather warnings for the Illawarra and south coast, I don't know any time in our state's history where we had these extreme weather conditions in such quick succession in the middle of a pandemic," she added.

"So these are challenging times for New South Wales, but I think we have also demonstrated our capacity to be resilient."