Squirrels' Tree-Some. Three Sex-Mad Squirrels Caught In The Act In A Hilarious Snap

Posted by Zainab Pervez in Funny On 28th February 2021
ADVERTISEMENT

SEX-mad squirrels get caught in a clinch on a fallen tree branch. 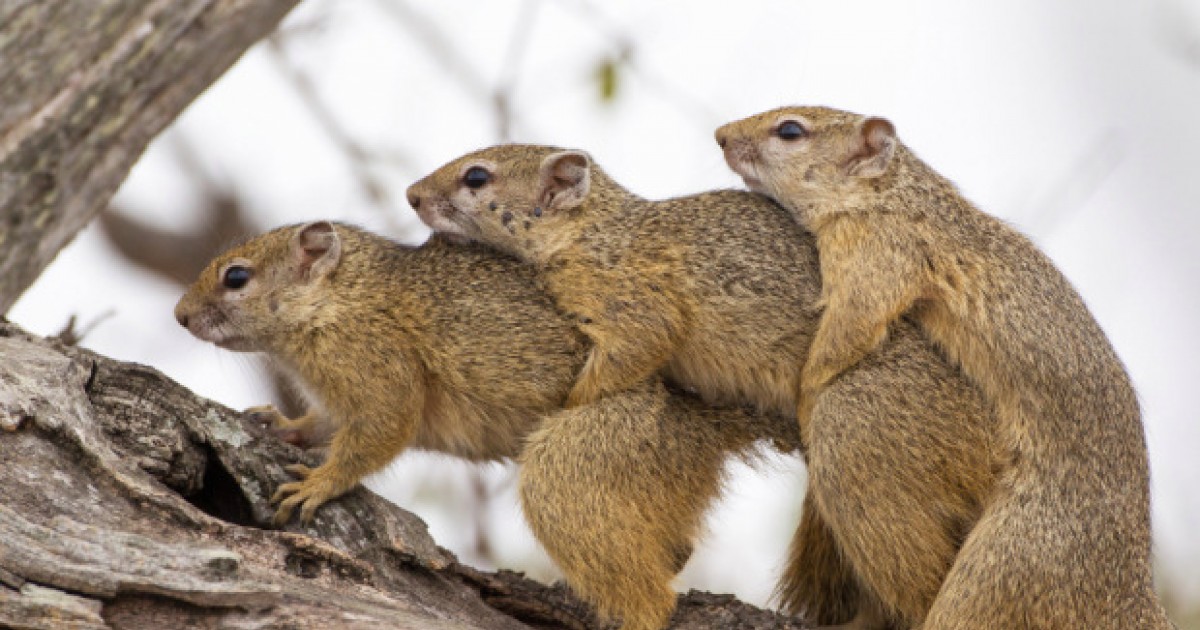 He was photographing a family of mongooses when he was caught off guard by the romping rodents. 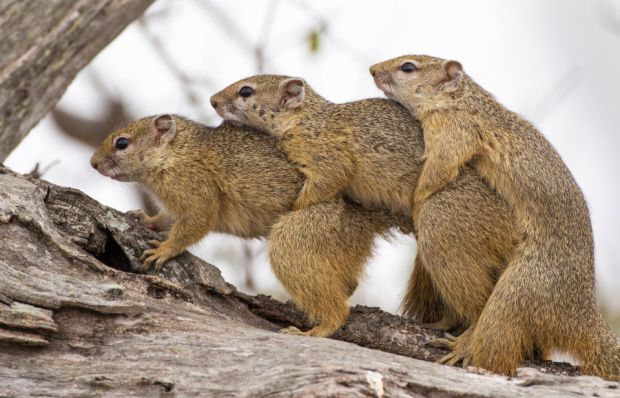 It was completely unexpected, he said

Max, 44, of Seattle, US, said: “It was completely unexpected, and obviously appeals to one’s more juvenile sense of humor.

“More seriously, I am always excited to capture rare and unexpected animal behavior. This certainly qualifies.

"I believe the only time I’ve witnessed something similar in the animal kingdom involved multiple male sea turtles trying to attach themselves to a female in the Galapagos Islands.” 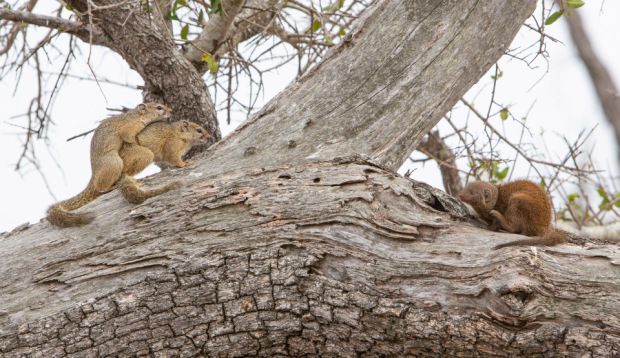 The photographer gave his own analysis

Having taken a close look at the ménage à trois, Max offered up a bit of bonk train analysis.

He reckoned two were male, one female, but was unsure of the order they lined up in, in his snap.

“Based on the order (from left to right), my best guess is female-male-male, but there’s no guarantee of that.

“If, for instance, this has more to do with dominance display than simple mating attempts, it‘s conceivable this could be a group of three males.

“I’d guess that we are seeing two males vying for a female’s attention during the breeding period, and most likely one male arrived a bit too late.

“Or perhaps he is trying to exert dominant behavior to encourage his rival to move on.”

A grim hypothesis isn’t it?

He’s giving advice to other photographers

As for whether any broader insights can be gleaned from this bushy-tailed rumpy-pumpy, Max reckons other photographers can learn from his example.

He said: "Always be willing to photograph more than just the most notable or popular subjects.

"In this case, we were there to photograph little mongooses rather than elephants, lions, or leopards... and ultimately ended up with a trip highlight thanks to squirrels, which no one would have predicted prior to the trip."

One for the grandkids, for sure.