Posted by Abdul Rafay in News On 11th January 2022
advertisement

Just days after it was inaugurated in Peru, a statue of a figure with a huge erect penis was broken. To celebrate the New Year, a 10-foot indigenous statue known as a 'huaco' was created in the Moche region of western Peru. The statue sparked a lot of interest, and people went to the area to see it, while others stood and posed for photographs next to it. 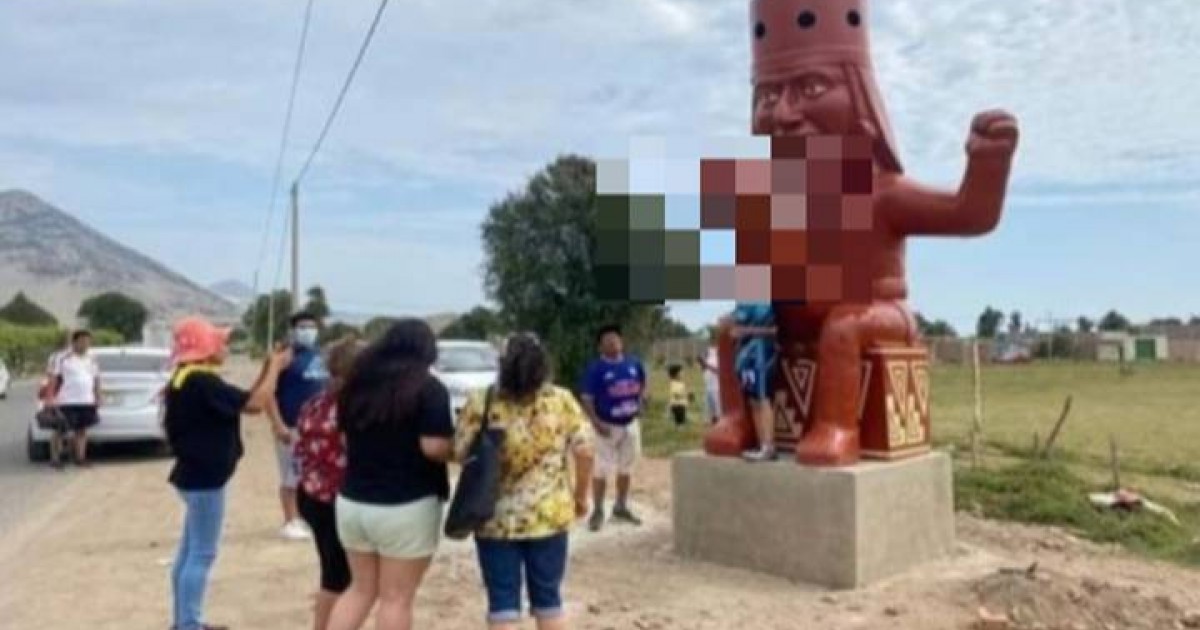 However, it was only on exhibit for a few days before it was severely damaged, with photographs revealing that the statue's penis had been battered.

Three hooded guys armed with knives showed up at the statue and threatened to kill a security guard who was working there, according to Moche District mayor Cesar Arturo Fernandez. 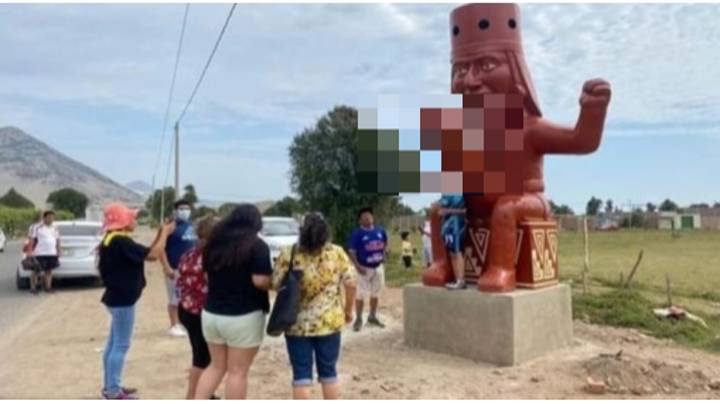 They then smashed a massive hole in the bright crimson phallus of the statue. 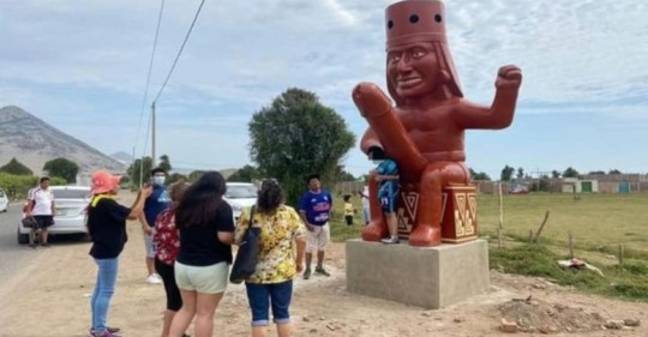 “In our culture, it does not represent eroticism but faith in God. In addition, sexuality must be seen as something normal and natural.”

I'm not sure what his damaged willy represents, but I have a feeling it's not a good thing. 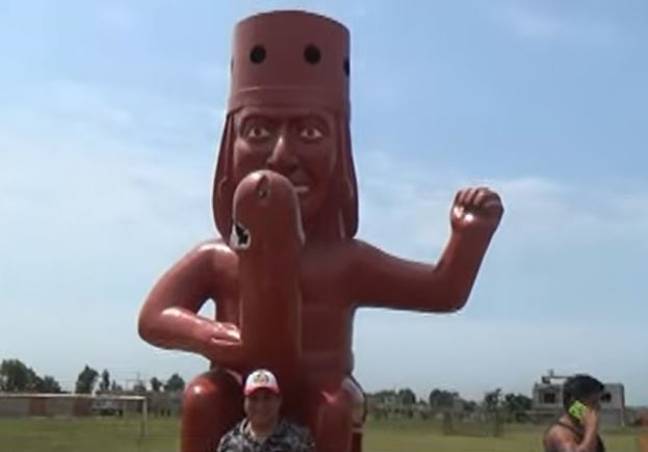 Speaking at its unveiling, Mayor Fernadez said: “It represents abundance… fertility… and above all because in these times we need abundance in every sense, in health, the economy, peace, and love.”

“This is why we’ve been inspired to have this (statue) as it is.” 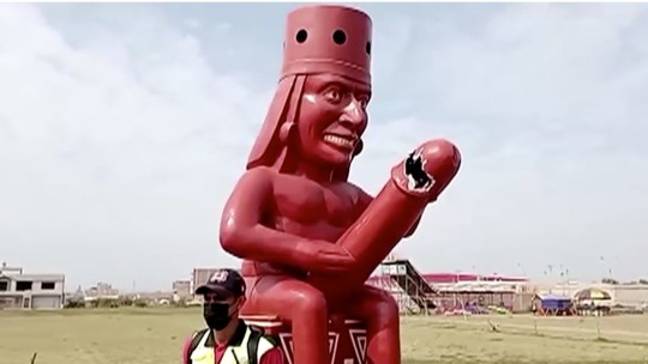 He went on to say it had already been a hit with tourists, adding that ‘families are coming, they laugh, you get a smile from the family group, the individual, the girlfriend, in this crisis that has brought us so much sadness’.

Between 100 and 700 AD, the Moche civilization thrived in northern Peru, with its capital near present-day Moche.

'Hucao' is a Peruvian word for the earthenware pottery manufactured by indigenous peoples in the Americas, which is frequently found in burial sites and places of worship.

Gisela Ortiz, Peru’s culture minister, said: “The idea that children shouldn’t see it or it’s too offensive belongs to the time of obscurantism.”