Steve Ecklund is a very well-known hunter from Canada. His social media posts garner a ton of negative attention, but his most recent photos have caught the attention of thousands of people. "Ethical hunting" is a hot topic now and probably still will be in the future, but this guy has found himself in the middle of a social media storm for posting graphic pictures from his hunts on Facebook. 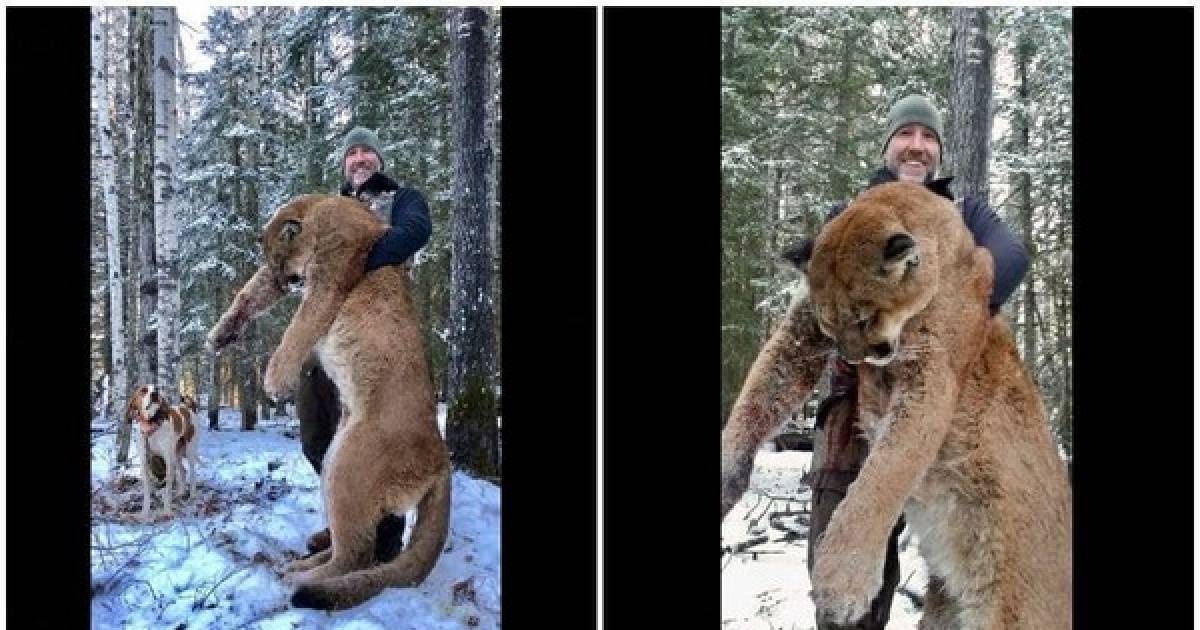 Steve Ecklund and his wife Alison are well-known for their love of hunting. Steve often posts photos of their hunts. He has posted photos of the carcasses of animals like black bears, rams, and mountain lions. All are met with a mix of support and hateful comments. He got a little more than he had bargained for when he posted his most recent photos of his kill of a mountain lion. The most gruesome of the photos was that of the animal's heart that had been laid bare and cut open. 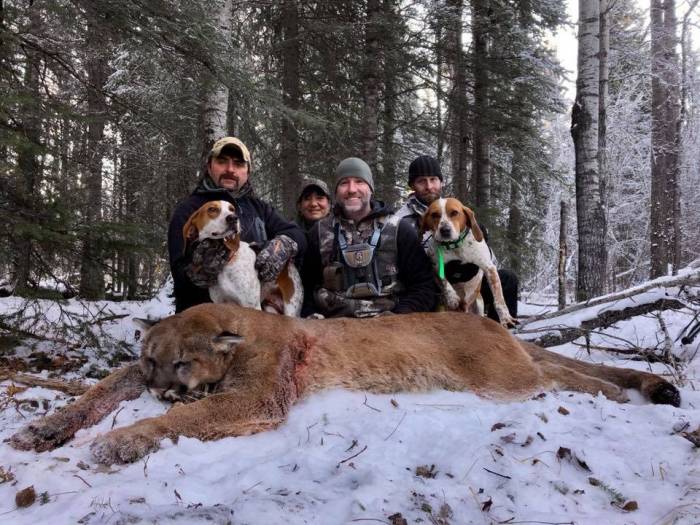 While Ecklund is usually defended by an active pro-hunting community online, he received no support from the U.K. Campaign group Hunt Saboteurs Association who have called his actions as 'morally reprehensible.' A spokesperson from the group has said, "Whether legal or illegal, and whatever country it occurs in, hunting for sport is morally reprehensible and has no place in a so-called civilized society." 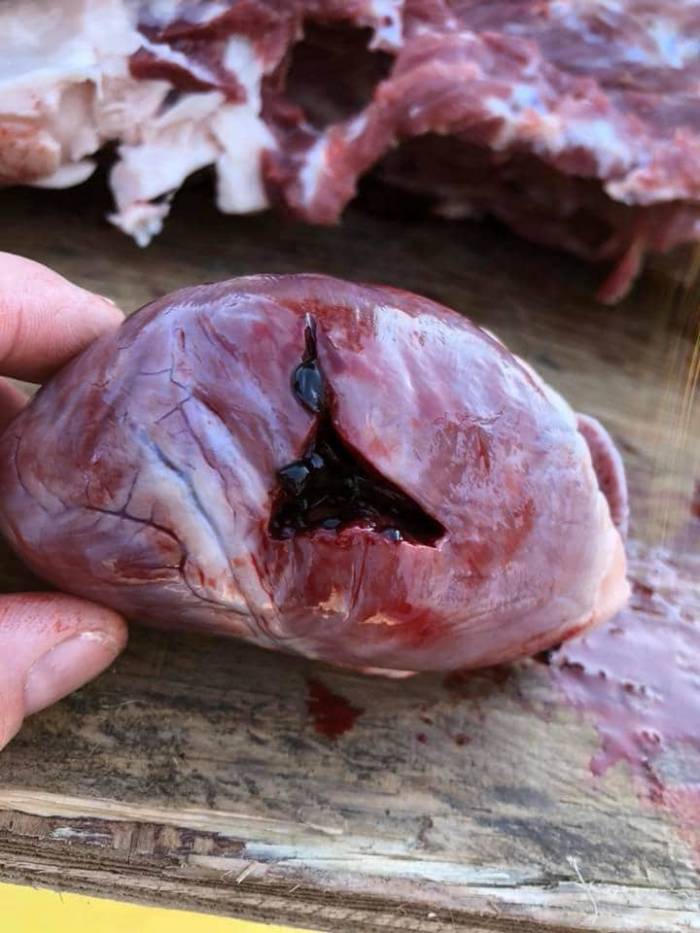 He also says, "Links between animal and human abuse are well documented and it's beyond our comprehension what makes people think this kind of barbaric act is deemed acceptable. When the authorities don't act it's no wonder that people take matters into their own hands and protect hunted animals themselves." 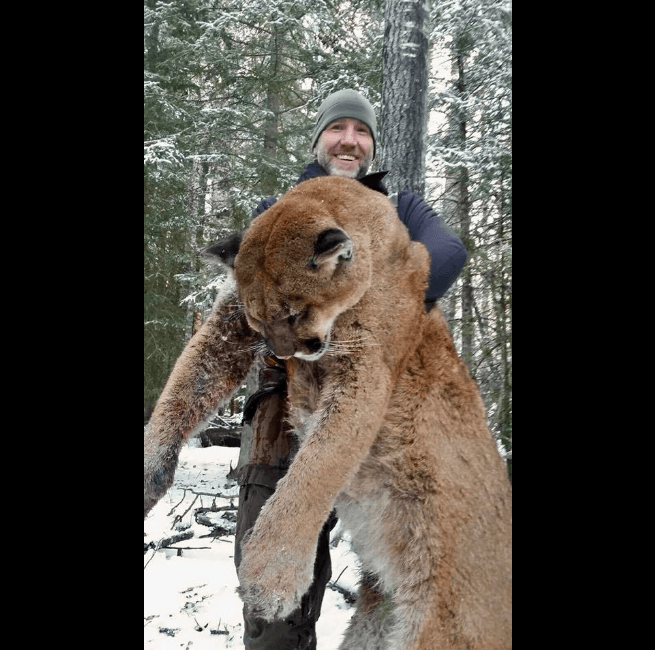 PETA also spoke out about Ecklund's actions saying, "Only someone dead in heart and head could fail to see that mountain lions, wild boars, deer, and other animals are thinking, feeling individuals - not "things" to blow away for amusement." 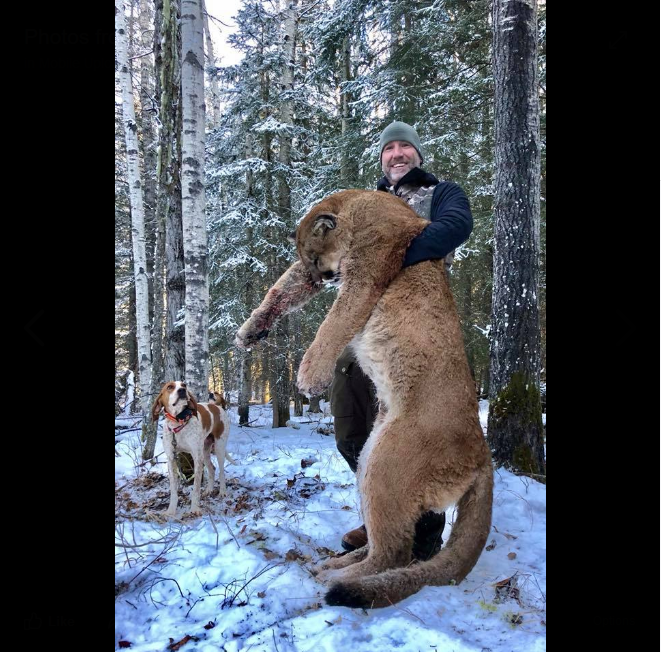 Ecklund's defenders and the defenders of ethical hunting will argue that money raised from these hunts help to aid conservation efforts. Ecklund hosts a TV show, The Edge. The show's website identifies Ecklund as a 'fair chase hunter.' This means that the animals are not confined by gates or barriers. They are free-range animals. 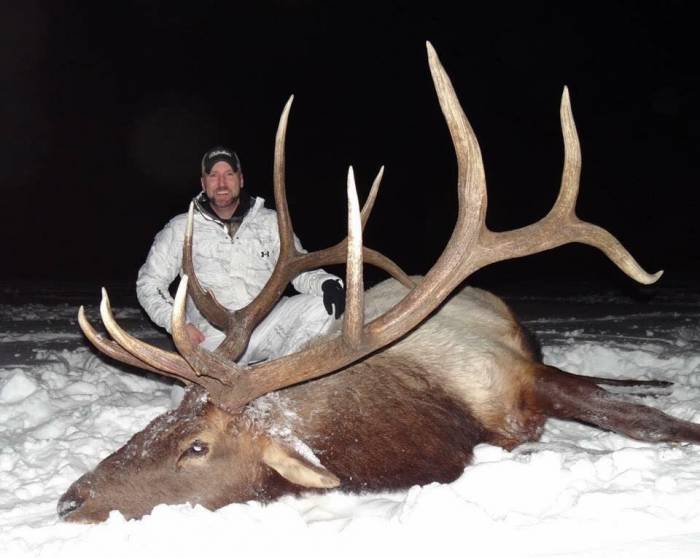 The website lists Ecklund's achievements which include a 1999 gold medal at the Canadian 3D Archery Championships. It goes on to describe his passion for hunting and how it is a 'motivational lifesaver' since the man was diagnosed and treated for cancer.

Canadian laws state that hunters like Ecklund have to hold a recreational hunting license. It also says that it is illegal to shoot at big game while it is swimming, have a dog with you while hunting big game, or let a dog chase after big game during the winter hunting season. 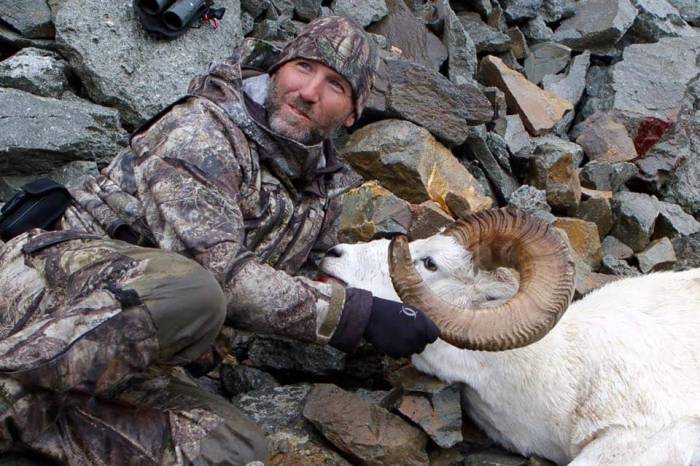 While most of Ecklund's posts attract some attention, his mountain lion kill post was shared over 2,000 times and nearly 1,000 comments; some positive, but mostly negative. One user wrote: "Those who find pleasure in sadistic behaviors such a murder will reap what they sow. The smile of pure joy holding an innocent dead body is purely psychotic."

Someone else commented on how they love archery, nature, and nature's inhabitants, but finds that what Ecklund does to be a shameful and disgusting act of violence performed by a blatantly deranged person. Another commenter suggested that Ecklund use his talents on a firing range instead to that future generations can enjoy nature before it is wiped out by cruel and greedy people. 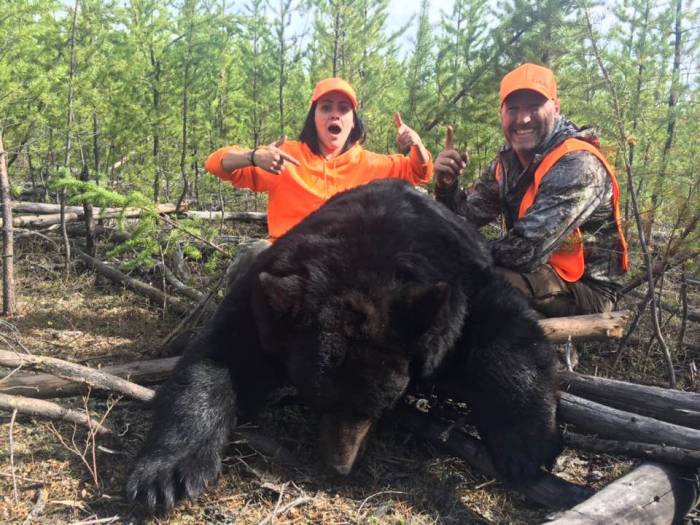 This heartfelt comment says, "Please see that the animal that you killed was a living, sentient being with a family. He wanted to live. You have taken that away from him, and for what?"

Then there was this supportive comment, "We need to consider the time and effort that is put into such a hunt. It takes work and this man has a celebratory smile on his face because instead of walking into a store and buying beef out of the fridge that had its throat slit in front of a hundred other cows, he had to stalk and hunt and work hard to fill his freezer and that is rewarding." 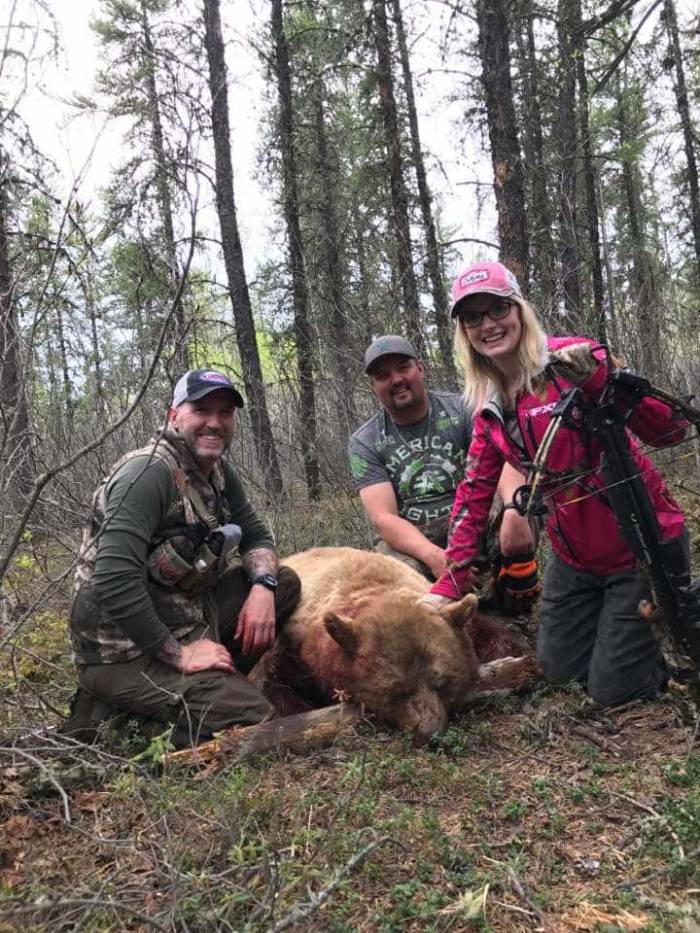 Since Ecklund's actions are totally legal, he will not face any discipline for his actions. It is entirely his right to hunt. However, it would be nice if he did not publicly post some of the more distasteful photographs on his social media accounts. 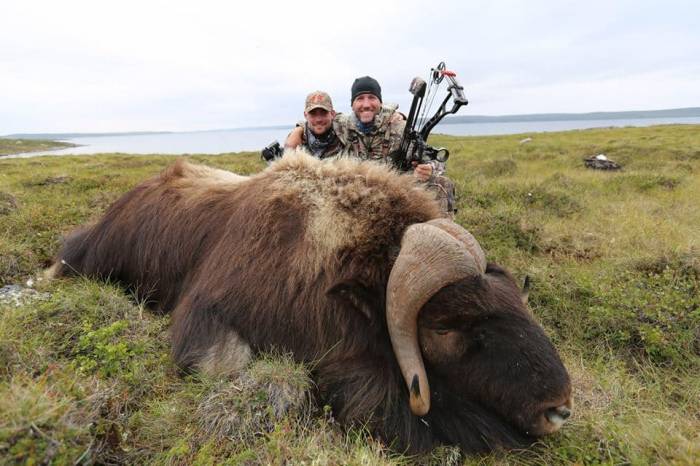