Revealing her rocky relationship with her father, in her upcoming memoir, "Small Fry" Lisa Brennan takes on a journey of an emotional roller coaster ride the words of which are based on complete true events and reading the excerpt only one gets goosebumps over the reality behind Jobs dark life and how one can be this much stone-hearted and ignorant towards your own blood. Brennan gives an insight into her book and discusses the past events of her life that shaped her as the person she has become today and the heartbreaking lessons her father taught her along the way. 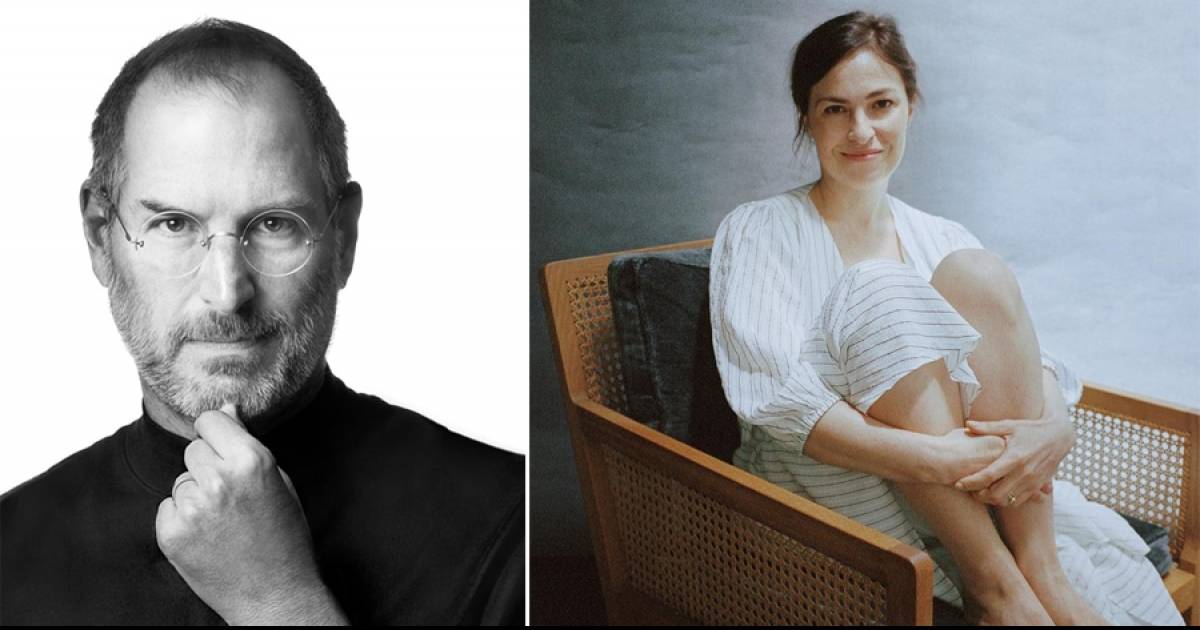 Steve Jobs eldest daughter Lisa Brennan is coming up with her new book 'Small Fry' next month that is considered as a memoir in memory of her late father, the founder of Apple Steve Jobs. Before the official launch of the book, Brennan recently gave an insight into the book, opening up to the world about her rocky relationship with her father. 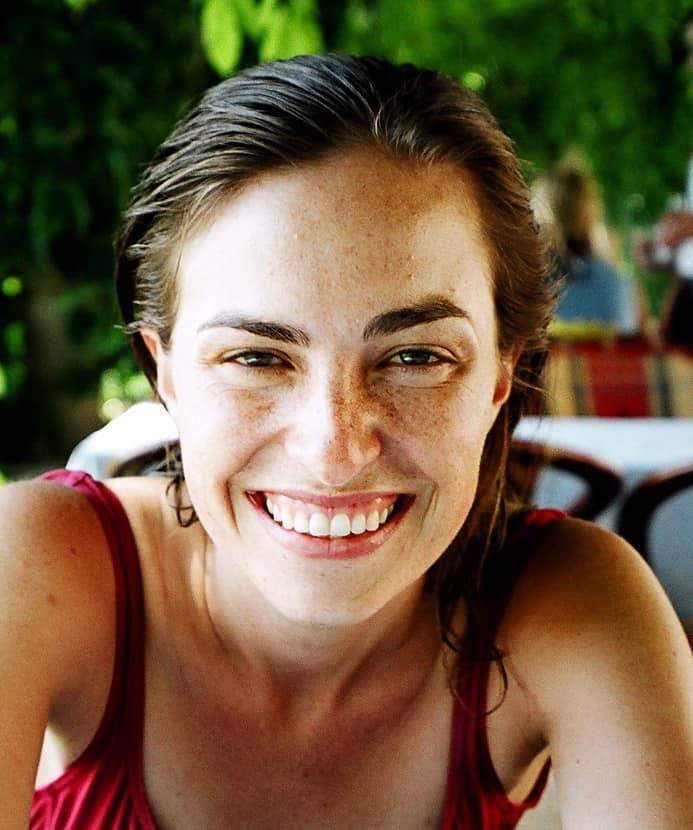 #2 Being Painfully Denied The Right To Be His Daughter

Giving a small glimpse of her upcoming book, Brennan talks about the days spent with her father during his last days of illness and how she was affected mentally when her father confessed only when she turned 27 that he named "Lisa Computer" after her name. In a painful revelation, Brennan also reveals that her father denied Lisa as his daughter and was later sued for child-support payments after which DNA test was done to prove that Lisa was actually his daughter. 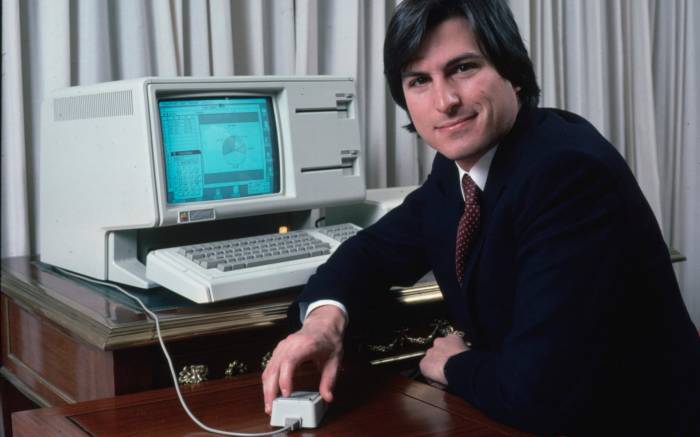 The writer also recalls her father telling her "you’re getting nothing" in a disagreement over getting Jobs 'prized Porsche.'

Brennan opens up about her struggle with dealing her father's indifference towards her and growing up how each experience shaped her and made her who she is today. Brennan never had a warm relationship with her father and as far she remembers it was always a strained relationship between the two. Brennan tells in her book that before she turned 7 she had already moved to 13 places with her mother. Even going through such difficult times and growing up with poverty, Brennan remembers that she used to excitedly brag about her father to her friends and would tell the world that he was a very rich man who lives in a mansion and drives an expensive Porsche. Though she met her father only a few times till now but bragging about her dad and telling the world that Jobs named a computer after her, somehow made Brennan feel significant. She felt more close to him and though the story felt more unreal to her ears it somehow helped her to make up for the absence of her father's role in her life seeing how her friend's fathers were to them, she would remind herself of her secret magical identity and this somehow convinced her that she was not at lost instead her father was a busy man. 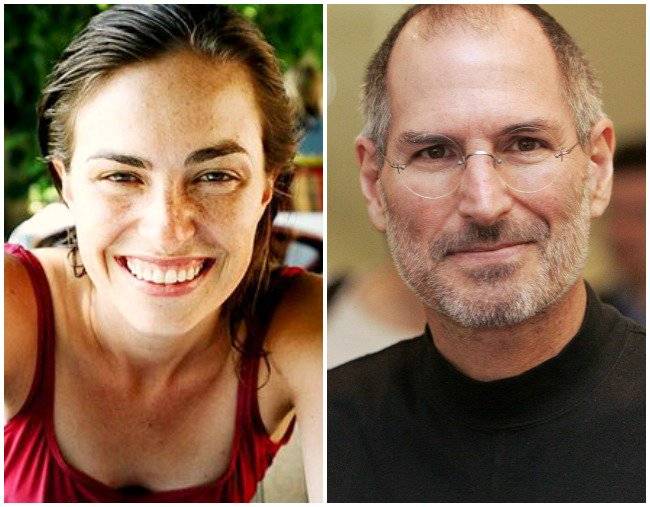 #4 "My Existence Ruined His Streak"

Apple's Lisa computer was the first personal computer with a graphical interface, pushing computers into the mainstream. Although it was a fail product, the team of Lisa took some of Lisa computer’s best elements like the mouse for their next product Macintosh. Jobs never admitted to his daughter that the computer was named after her and though the truth was quite obvious he lied to her, telling her that Lisa stood for Locally Integrated Software Architecture. Brennan writes, "The idea that he’d named the failed computer after me was woven in with my sense of self, even if he did not confirm it, and I used this story to bolster myself when, near him, I felt like nothing. I didn’t care about computers—they were made of fixed metal parts and chips with glinting lines inside plastic cases—but I liked the idea that I was connected to him in this way. It would mean I’d been chosen and had a place, despite the fact that he was aloof or absent. It meant I was fastened to the earth and its machines. He was famous; he drove a Porsche. If the Lisa was named after me, I was a part of all that. I see now that we were at cross-purposes. For him, I was a blot on a spectacular ascent, as our story did not fit with the narrative of greatness and virtue he might have wanted for himself. My existence ruined his streak. For me, it was the opposite: the closer I was to him, the less I would feel ashamed; he was part of the world, and he would accelerate me into the light." 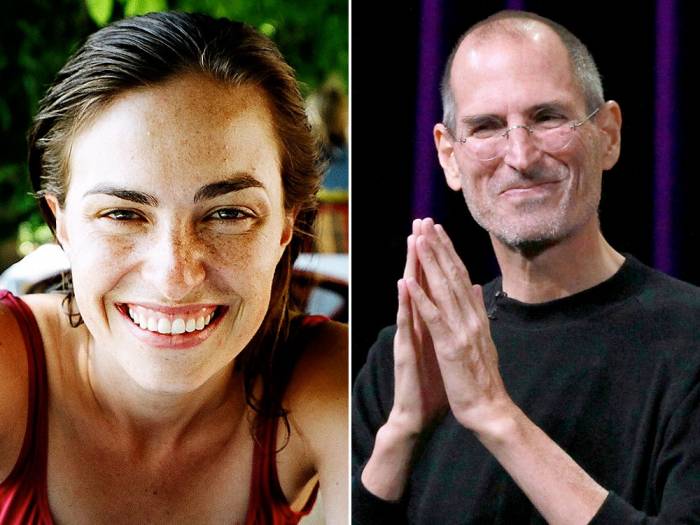 Jobs eventually tried to correct his attitude towards his daughter who he neglected for most of his life, inviting her on her 27th birthday on a yacht trip off the coast of the South of France with her step-mother, siblings and a babysitter. They had a lunch at Bono's villa, it was then the discussion of Lisa computer came and Bono asked Jobs if he named the computer after his daughter's name and with some hesitation, he finally said yes. The conversation went on like this:

My father hesitated, looked down at his plate for a long moment, and then back at Bono. "Yeah, it was," he said.

I sat up in my chair.

I studied my father’s face. What had changed? Why had he admitted it now, after all these years? Of course, it was named after me, I thought then. His lie seemed preposterous now. I felt a new power that pulled my chest up. 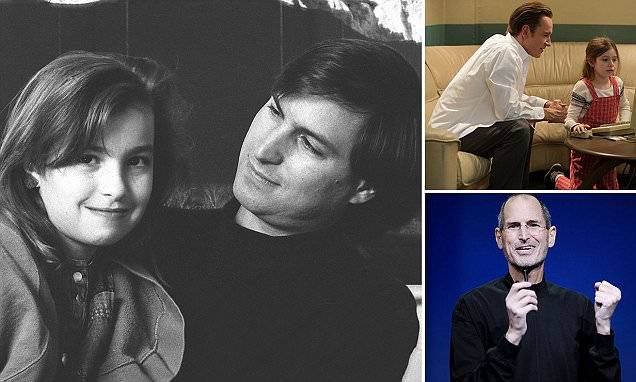 #6 Brennan Knew Her Reconciliation With Her Father Was Not Possible Anymore, Still, She Kept On Visiting Him During His Last Days

Jobs suffered from a grave disease and died from a rare pancreatic cancer in October 2011. Before his death, Jobs was severely ill and was on complete bed rest. Months before his death, Brennan started to visit her father a weekend or so every month. She says, she never expected a grand emotional reconciliation with her dad like the one they show in movies but she kept coming back to him hoping that after all these years hoping that finally there would be something meaningful between her and Jobs.

Brennan tells that on her visits to her father's place, she would roam around the grand house barefooted and would pick up random objects and put it into her pocket. Every time she picked up a new item, she promised herself that this would be the last time she is stealing and that she is going to put everything back soon. But the satiation to pick something else was strong and she would do it again. 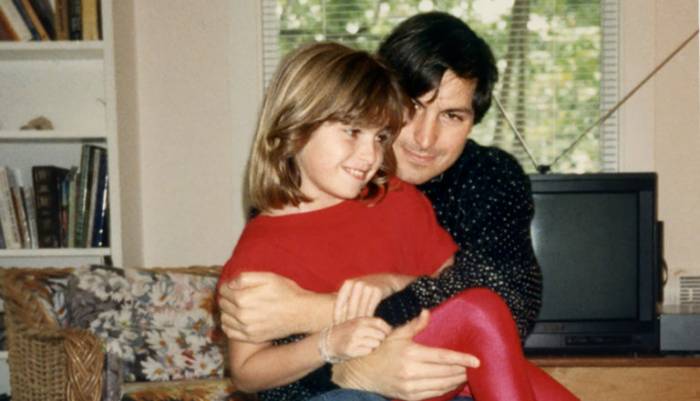 Once she found a bottle of an expensive rose mist in her father's cupboard and she picked it up and sprayed on her face. She knew that she would eventually place everything back to its place but roaming around in her father's home who denied her existence till date and avoiding her stepmother and her siblings who also very much ignored her presence and spraying that rose mist in that dark room with everyone's absence made Brennan feel like she was not disappearing, she was alive and she could feel her outline again. In her world of ignorance and lies, that moment felt the most real for her. 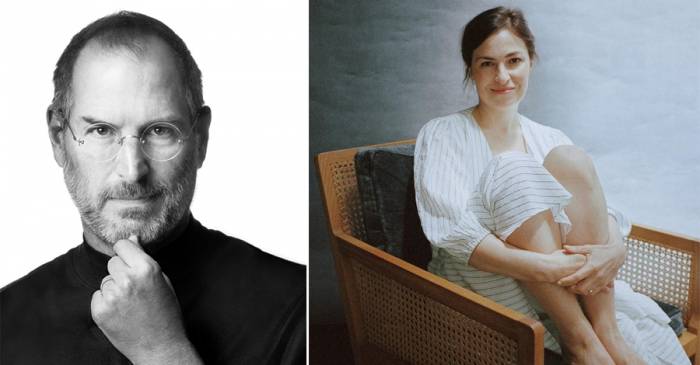 Making an effort to meet her sick father began to feel more like a burden and almost a nuisance, considering the fact that her father still did not acknowledge his mistakes and made no effort for her even on his deathbed. Before saying a final goodbye on that day, Brennan sprayed the mist on her face one last time and went to her father's room to see him off. But Brennan did not know that what will follow next would break her heart once again if it was even possible considering her father's role play in her life. Recalling the moment, she writes:

As I came into his room, he was getting into a standing position. I watched him gather both his legs in one arm, twist himself 90 degrees by pushing against the headboard with the other arm, and then use both arms to hoist his own legs over the edge of the bed and onto the floor. When we hugged, I could feel his vertebrae, his ribs. He smelled musty, like medicine sweat.

We detached, and I started walking away. 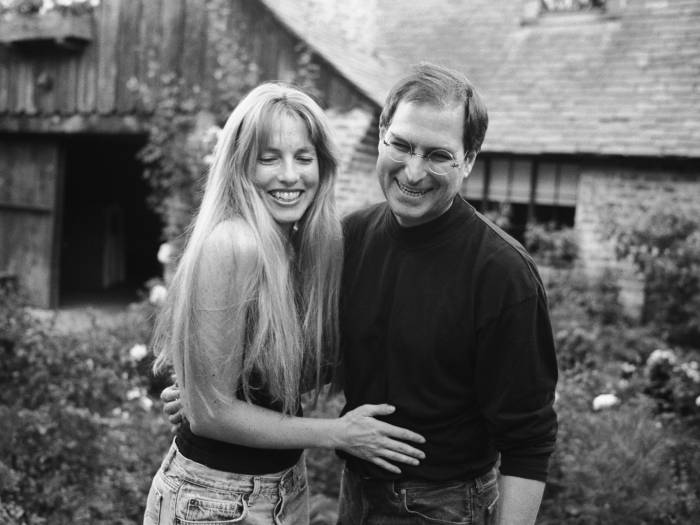 #9 The Revelation Of Jobs Dark Past Is Disappointing And Heartbreaking

We have all remembered Steve Jobs as the dynamic man who made a name of himself and built Apple with his sheer hard work and dedication. He will always be remembered as a man who brought revolution in the field of technology and was the man who introduced extravagant gadgets each having technology of its own kind. Building such a mega empire definitely must not have been easy and had taken a lot for Jobs to reach to the point where his company is now. But hearing this shocking and heart-rending revelation has disappointed the world to say the least. The superhero who inspired millions was not perfect after all and had a dark side to his life too which unfortunately he did not deal with it well at all. 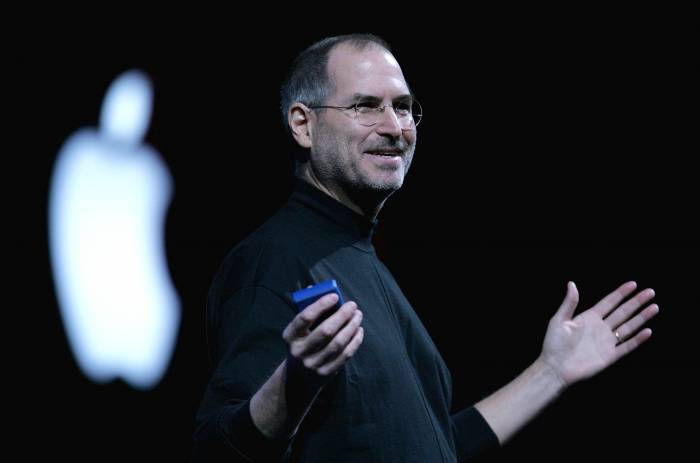 #10 Read The Book And Give An Honest Review

We suggest you give Brennan's book 'Small Fry' a read and then make up your opinion reading the story not from the point of view of a self-made millionaire but from the eye of a daughter for a father who denied her of her love from the day she was born till the time on his deathbed. 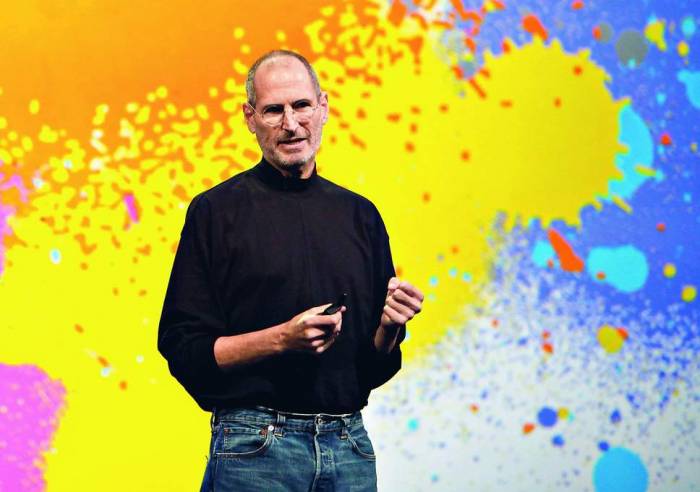