Stinky Facts About Farts That You May Not Know

Perhaps you don't talk about passing gas all day long with everyone that you know (what's wrong with you?!). But let's be honest, we all do it and it's sort of fascinating in the weird way that all bodily functions are. That came out of there? Weird. Gas is made up of a few different gasses: hydrogen, nitrogen, oxygen, carbon dioxide, sulfur dioxide, and sometimes methane. Gas comes from a breakdown of food in your digestive system by all the nice bacteria that we have working hard in there. How much gas we have and how noticeable it is can be highly variable depending on a lot of factors like of course what we're putting into our body and pretty much every living organism goes through it. It just never really stops once it starts. But as totally normal and common as it is, there are probably a lot of things that you don't know about it. Here are some weird and cool facts you didn't know about passing gas. 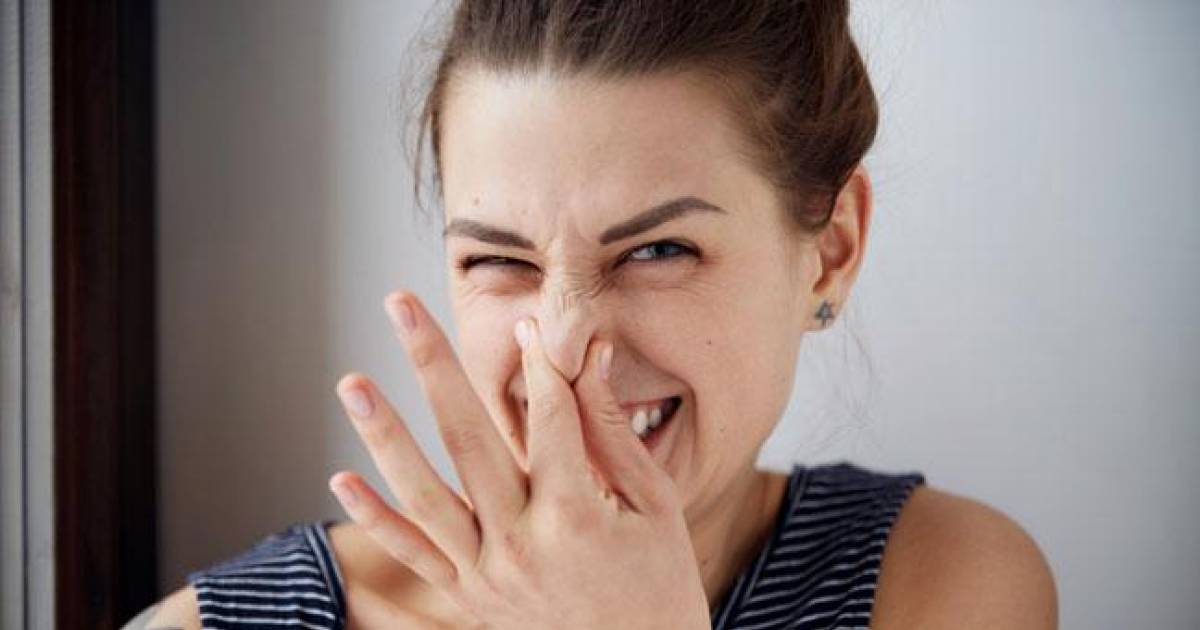 Farts are caused by trapped air, which can come from many sources. Some of it is air that we have swallowed while chewing or drinking. Some air is caused by gas seeping into our intestines from our blood, and some gas is produced by chemical reactions in our intestines or bacteria living in our guts.

A typical fart is composed of about 59 percent nitrogen, 21 percent hydrogen, 9 percent carbon dioxide, 7 percent methane and 4 percent oxygen. Only about one percent of a fart contains hydrogen sulfide gas and mercaptans, which contain sulfur, and the sulfur is what makes farts stink.

Farts make a sound when they escape due to the vibrations of the rectum. The loudness may vary depending on how much pressure is behind the gas, as well as the tightness of the sphincter muscles. 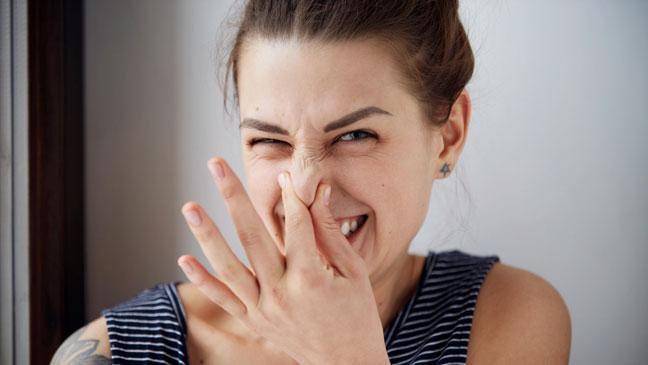 This might be more than you'd expect, but it's been measured in controlled studies. The surprisingly hefty amount is the result of bacteria that live in your colon and feed on most of the food you eat, says Purna Kashyap — a gastroenterologist at the Mayo Clinic who studies the gut microbiome.

"There are a lot of carbohydrates that we consume — mainly present in vegetables, grains, and fruits — that our bodies don't have the enzymes necessary to digest," he says. "These end up in large intestine, where microbes chew them apart and use them for energy, through the process of fermentation. As a byproduct, they produce gas."

A huge variety of foods contain these complex carbs that we can't fully digest: virtually all beans, most vegetables, and anything with whole grains. For most people, this leads to somewhere between 500 and 1,500 milliliters of gas daily — the equivalent of half a 2-liter bottle of soda, every single day. 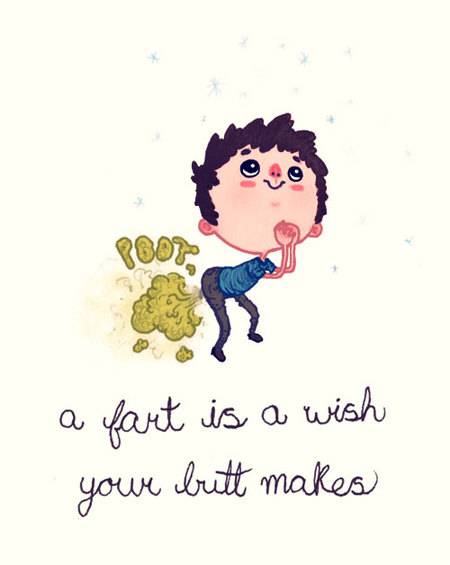 If You Do It A Lot, You're Swallowing Too Much Air

Sometimes gas is a byproduct of what's going on during digestion, but sometimes it's simply because you're swallowing too much air that then has to make its way out of the body once it's inside. Eating quickly is one culprit, and so is chewing gum, and even being nervous can cause you to swallow air. You might also be gassy because you're constipated, or because you're eating too much sorbitol. Sorbitol is found naturally in a lot of fruits like apples and pears, but it is found in extremely small amounts. It is also that stuff that's used in sugar-free gum and foods to make them taste artificially sweet, and in those cases, you might be getting a pretty hearty dose of the stuff. It works well as far as taste goes, but sorbitol is not without its side effects. Sorbitol is metabolized very slowly by the body and can cause an increase of movement to the bowels, as well as an increase in gas. Some people get this worse than others, but a lot of people experience intense bloating and gas if they overdo it. 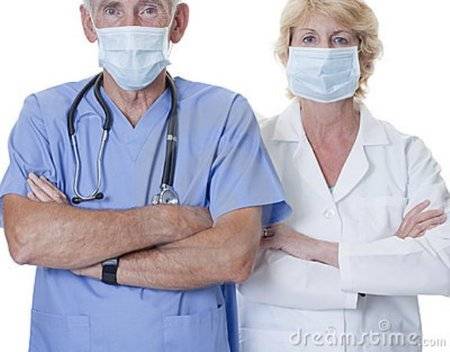 For Some Cultures, Farting Is No Big Deal

While most cultures feel that farts should be suppressed in polite company, there are some cultures that not only don't mind letting them fly in public, but they actually enjoy it. An Indian tribe in South America called the Yanomami fart as a greeting, and in China you can actually get a job as a professional fart-smeller!

In ancient Rome, Emperor Claudius, fearing that holding farts in was bad for the health, passed a law stating that it was acceptable to break wind at banquets. 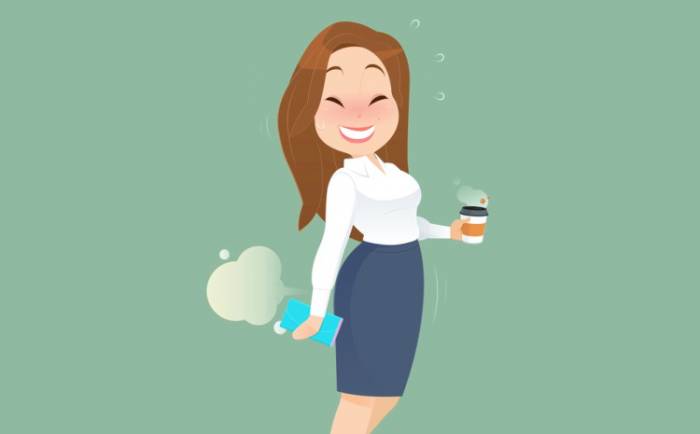 Farts get their noxious smell from just 1% of the gas you expel.

Ninety-nine percent of a fart is composed of odorless gases. The remaining 1% — usually sulfurous, like dimethyl sulfide and methanethiol — give farts their pungent aroma. 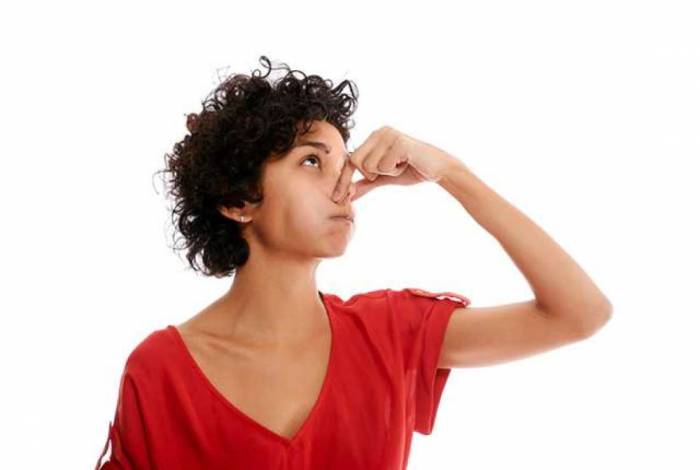 As gross as it sounds, maybe we should all start smelling farts a little bit more. A very recent study that just came out this past weekend says that smelling farts (in small doses) can be good for our health. A fart is made of hydrogen sulfide gas, and scientists say that smelling small whiffs of it here and there can reduce the risk of cancer, strokes, heart attacks, arthritis, and dementia. Start smelling! 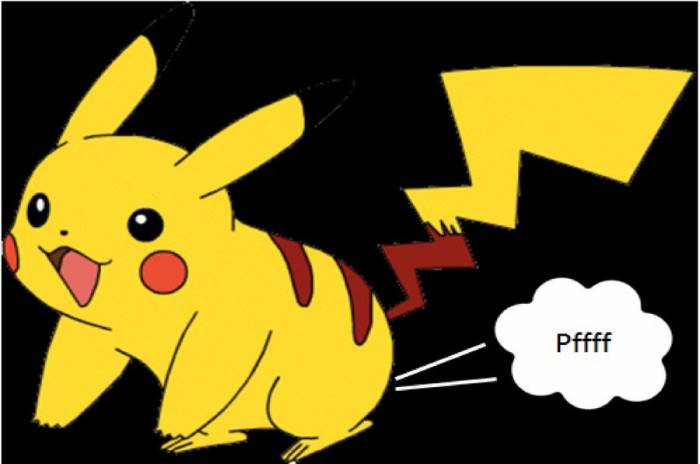 The word fart was coined in 1632, defined as “to send forth as wind from the anus.”

Even in the Dark Ages farts were used as a way to lighten the mood. Coming from the Old English word ‘feortan’ meaning ‘to break wind’, the term was often used in famous epic poems from Geoffrey Chaucer and William Shakespeare. Variants include the Old Norse ‘freta’ and the Old High German ‘ferzan.’ 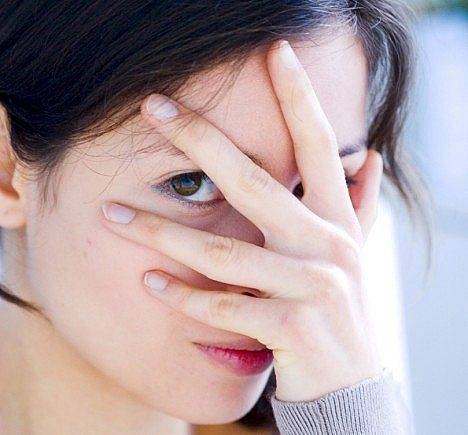 Farts Have Been Clocked At A Speed Of 10 Feet Per Second.

Though farts come out with varying velocities, we don't typically smell them for about 10-15 seconds after letting them rip. This is because it takes that long for the odor to reach your nostrils. 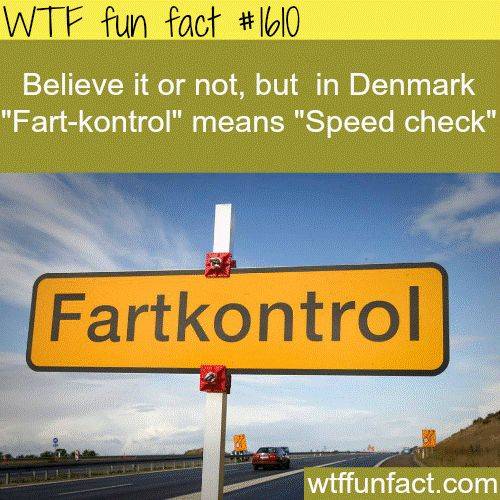 The foods that get you farting the most include broccoli, cauliflower, kale, eggs, red meat, dairy products, garlic and foods high in yeast.

Beans are notorious for producing flatulence, but they don’t tend to generate that sulfurous stink that repels discriminating nostrils. 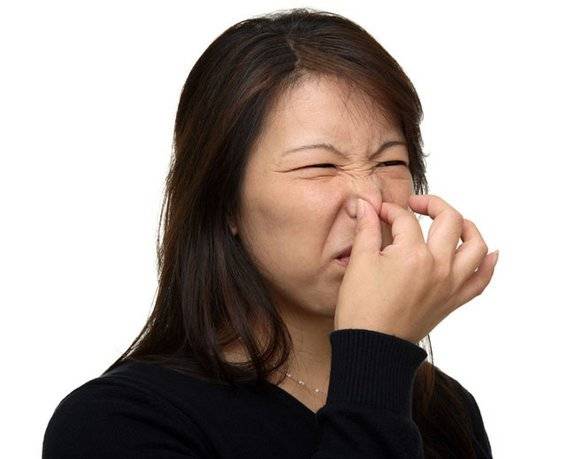 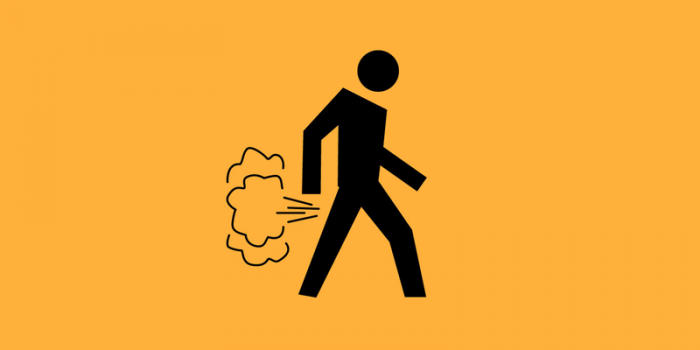 The Average Amount Is 14 Times A Day

The average person passes gas about 14 times each day, which is about 700 ml or enough gas to fill up a balloon. It's actually possible to measure it, not that we would suggest it, and it's probably not information that you really want to know, anyway. But it is possible, and it is done by putting a rectal catheter up there which then measures the gas as it comes out. It's been done for some reason. The speed of your gas if you're wondering is a little less than seven miles per hour. Some people, unfortunately, can do it a lot more than 14 times a day, however. In 2014, there was actually an opera singer who had an adverse reaction to a botched surgery during childbirth that left her unable to stop passing gas. No really, it was so bad that she was no longer able to work, which is the weirdest type of work disability ever. Sorry can't come in today, can't stop letting gas go. Yikes. And the poor new baby and everyone else at home too. 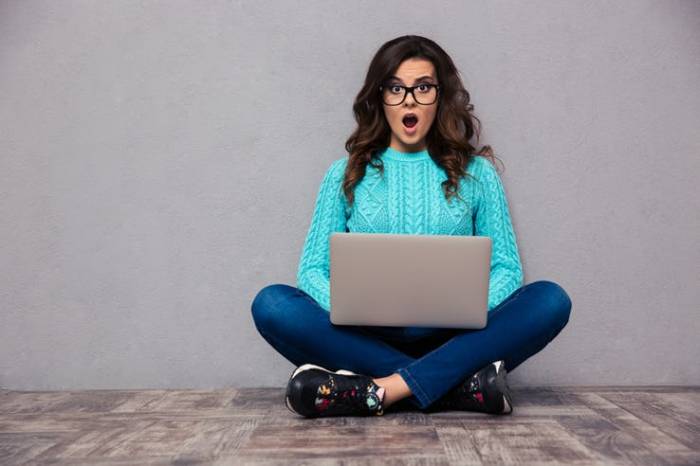 Farting is the result of a healthy, complex ecosystem in your intestines

Modern society views flatulence as a negative. This is unfortunate, because in most cases it's the byproduct of a beautiful thing — the intricate ecosystem of bacteria living in your intestines.

"It's a complex ecology, with various organisms coexisting and thriving," Kashyap says. "When a complex carbohydrate reaches your colon, some bacteria will break it down first, and then some of their byproducts will feed other bacteria. The whole community benefits from a single carbohydrate that you consume."

What's more, you also benefit. Scientists are still unraveling the role of the microbiome in digestion, but it's known that the same bacteria that produce gas also generate vitamins and fatty acids that help maintain our colon lining, and may support our immune systems. 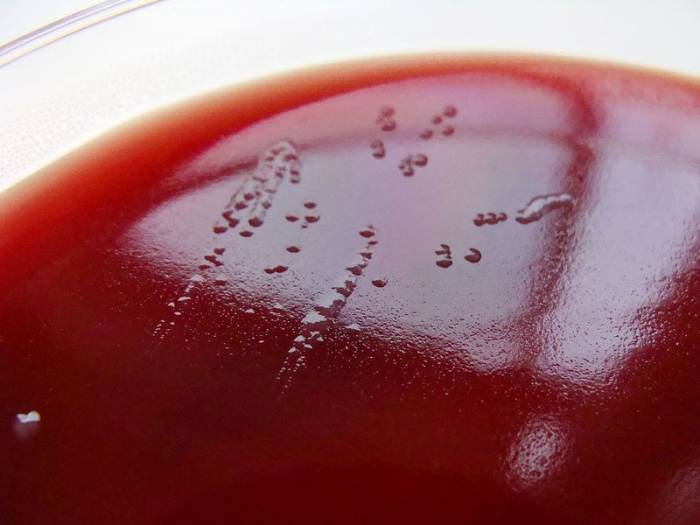 If You Hold Them In, They'll Just Come Out When You Sleep

Regardless of whether you grasped your butt and held them in throughout the day, the gas will escape once you unwind. What's more unwinding than rest?

It's a common gag joke that farts are flammable... but they really actually are! The methane and hydrogen that is in a bacteria-produced fart makes them very flammable. It's very dangerous, so please don't stick lighters near your butt. 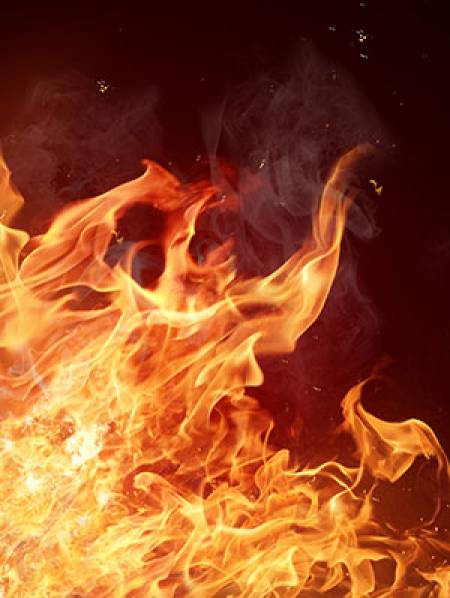 Around 1.15 million farts happen every second on earth.