Posted by Editorial Staff in Sports On 12th September 2016
ADVERTISEMENT

Stipe Miocic made sure the UFC heavyweight title stayed in his native Cleveland on Saturday, defeating Alistair Overeem by first-round KO at UFC 203.

Overeem had a chance to put Stipe away, it looked awkward when he put him in a choke. He said he “felt the tap”. Joe Rogen ended up roasting him with the instant replay. 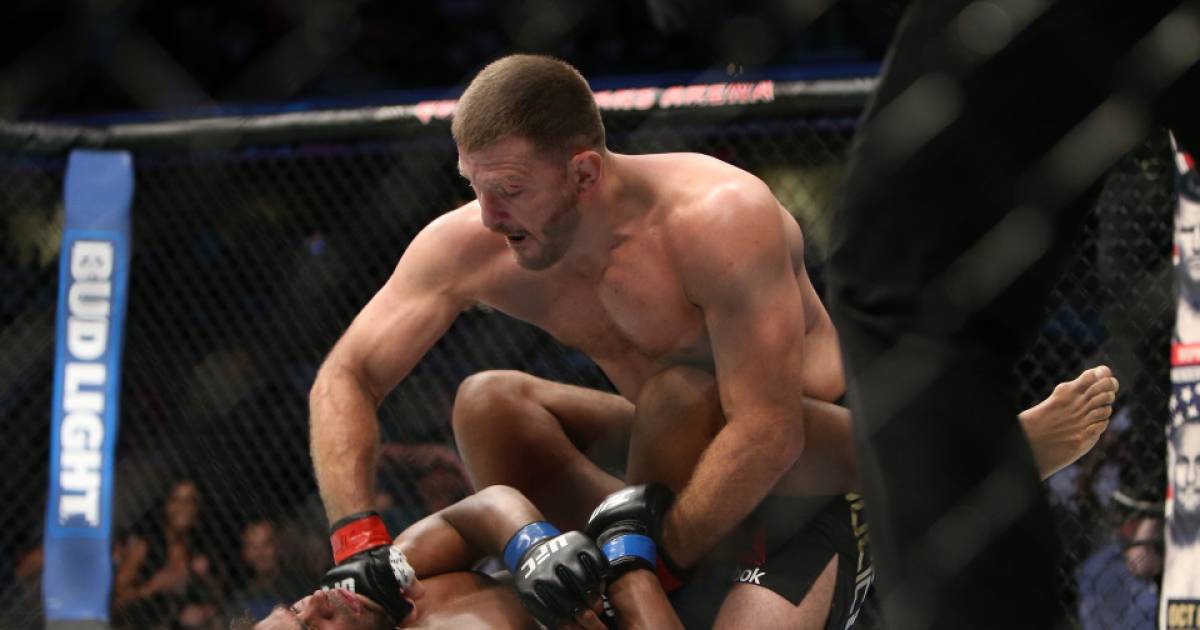 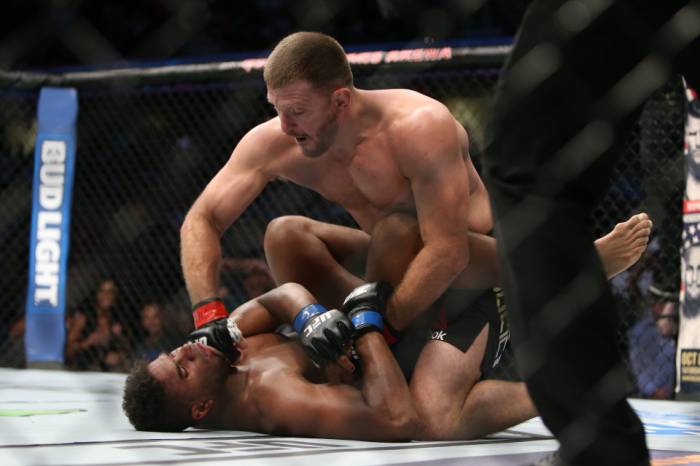 The Ohio firefighter looked like he was heading to defeat when British-born Overeem floored him with a huge straight left early in the round.

âThe Reem' followed the champion to the mat and tried to lock up a guillotine choke, but the stunned champion managed to somehow wriggle free and avoid a quickfire submission loss. 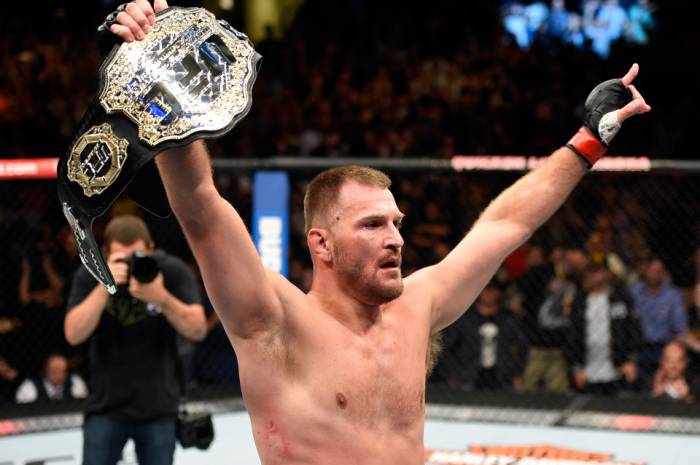 #3 Shout of this world: Stipe Miocic celebrates after knocking out Alistair Overeem at UFC 203 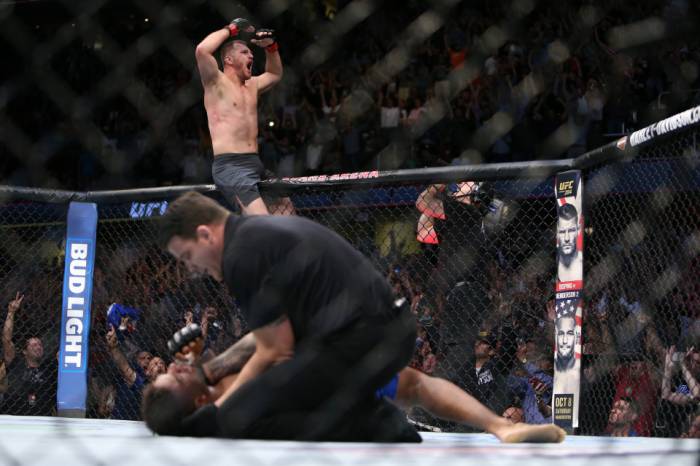 #4 And still: Stipe Miocic retained his title by knockout in Cleveland

And when he took Overeem to the mat later in the round Miocic applied the decisive finish, hammering the Dutchman with ground strikes, knocking him out clean.

"He hit harder than I thought," admitted Miocic after the fight.

"He knocked me down but I wasn't hurt.

"I said I would keep this belt for a long time and I did it.

"I wanted to shut him down, turn the mother board off." 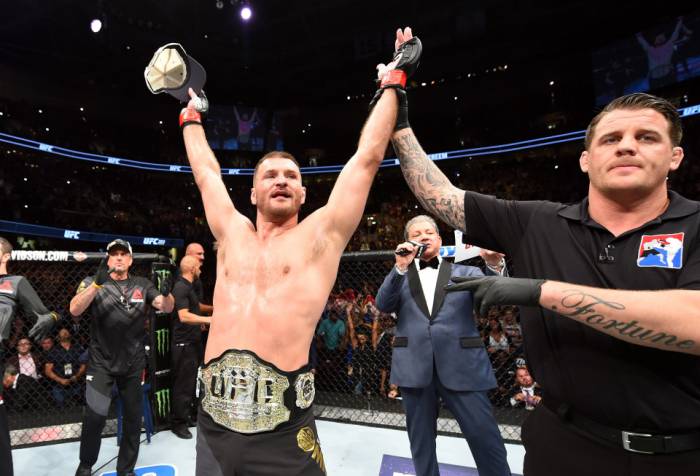 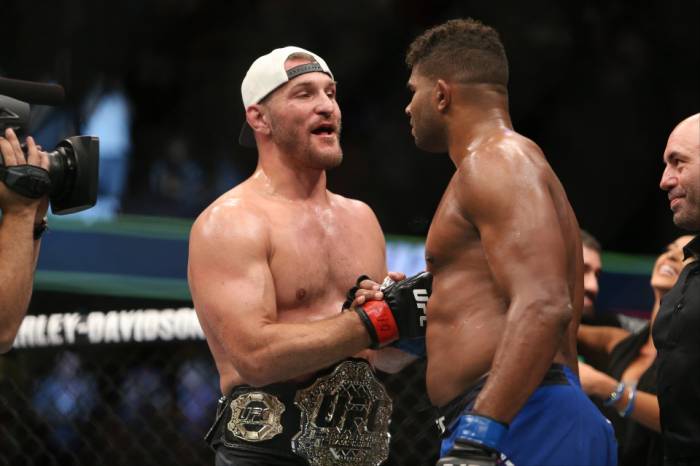